While the Sony NEX range of Compact System Cameras (CSCs) has proved popular amongst those who are happy with the compact design and styling, there are still those who prefer a traditional DSLR esque aesthetic.

The Sony A3000 is a camera targeted at these people, owing to the fact that it features a body that is akin to a traditional DSLR, but uses the same innards and lens mounting as Sony NEX cameras like the Sony NEX-5R.

Is it a combination worth having? 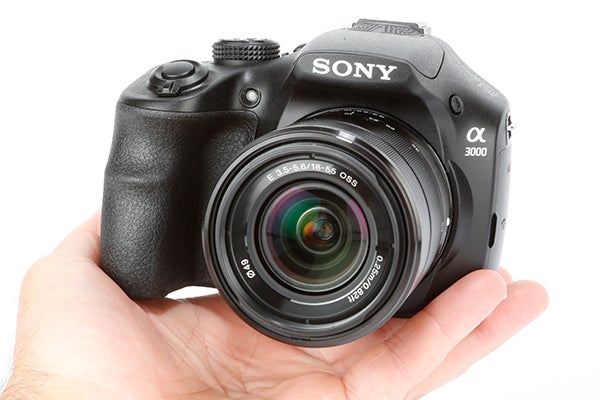 The Sony A3000 borrows a sensor from a recent Sony DSLR, the 20.1MP Exmor CMOS sensor previously found on the Sony SLT-A58.  This differs from Sony’s other NEX models, which mostly feature a 16.5MP APS-C sensor, although it’s fair to speculate that before too long the range will make the step up to this new 20.3MP chip.

The A3000 uses the Sony E mount as found on the rest of the NEX series. As a result the camera is compatible with a host of CSC lenses, but it requires an adapter to use Alpha lenses.  This makes the naming a tad confusing – anyone who has bought previous A-series cameras might reasonably expect their lenses to work on this camera without an adapter.

Certain compromises have been made with the A3000, no doubt with a view towards keeping the cost of the camera down. One such area is LCD screen. It measures in at 3-inches, but only features a resolution of 230k-dots, the kind of resolution last seen on DSLRs several years ago and one that’s long been superseded. 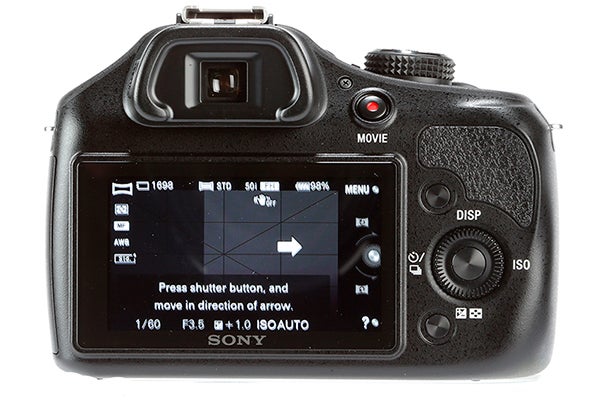 The good news is that the LCD isn’t the sole area for image composition. One of the benefits of the camera’s DSLR-esque design is that the A3000 has an electronic viewfinder, and one that includes Sony’s XtraFine field-sequential technology to aid image sharpness. Another benefit to the DSLR design is that the A300 features a built-in flash, something which is sometimes missing from NEX series cameras.

The Sony A3000 also features a hot-shoe that appears to be of the traditional variety, although it’s actually a Sony Multi Interface shoe that allows for a microphone to be attached, as well as non-dedicated third-party microphones.

In terms of features, that’s about where the story ends as the specification is certainly light, and even more so when you consider the A3000 against some competing entry-level DSLRs around the same price tag.

And therein is the issue to a certain extent; although the A3000 looks like a DSLR, it’s more of a CSC in terms of specification, but at a price point and with a design aesthetic that means it’s certain to be compared to entry-level DSLRs.