Introduction
The Sonoro GoLondon is an unusual-looking radio, a little like a giant milkshake glass with a straw sticking out the top – the aerial. It’s the DAB-enabled sibling of the radio we looked at a few months ago, the Sonoro CuboGo. It costs an extra £30, but that gets you access to top stations like BBC 6 Music and 5 Live. 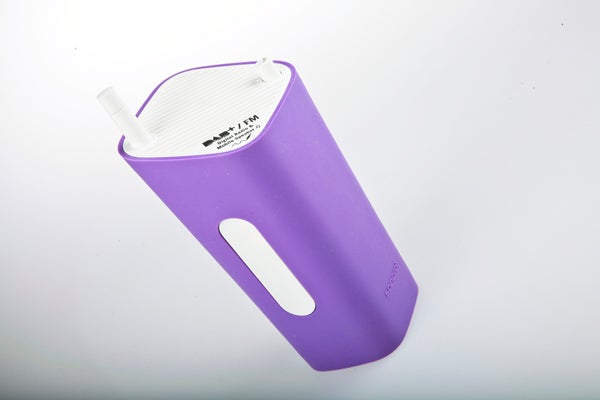 The rubber outers come in eight difference colours, from bright orange to neutral white, and the plastic inner is either black or white. As a radio that competes with something like the Pure Evoke-1S – selling at a comparable price – it does have a rather unusual look.

It’s much smaller than the average kitchen-top radio, and most adults will be able to grip the Sonoro GoLondon by the plastic grips on each side that help to keep the rubber outer in place. Its footprint is small, but this is a radio that excels when used out and about rather than when at home. 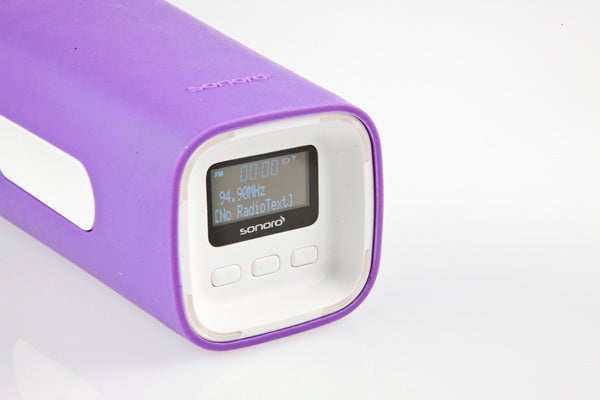 Why? Because the display is on the bottom, requiring you to up-end the thing to change stations. However, it’s pretty much perfect for an early-morning daily blast of the your favourite station – just not so much for daytime listening when you may want to switch between them. To turn the Sonoro GoLondon on, you simply need to turn the volume knob by the speaker grille up top. 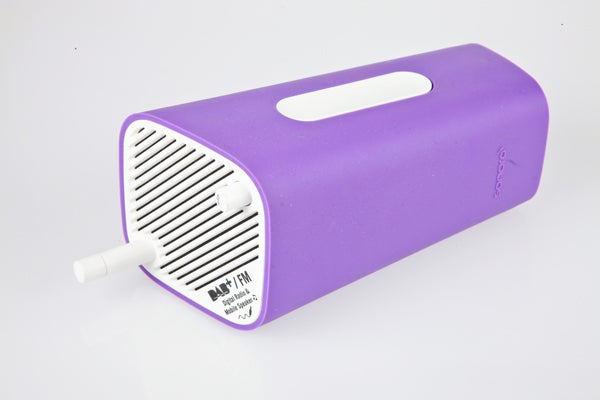 Sonoro’s original CuboGo radio can last for weeks of casual use, but the DAB radio capabilities of the Sonoro GoLondon seems to drain the unit’s battery quite a bit quicker. Sonoro says it’ll last for up to 12 hours, and we managed around 10 with intermittent use over the course of a week. This makes it perfect for picnics, barbeques and weekends away, but it’s conspicuously less than something like the 24hr Pure ChargePAK E1 offers when matched with a Pure DAB radio. 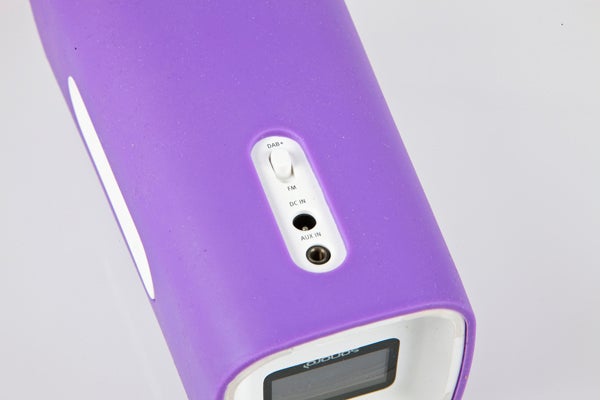 You can stretch battery out a little further if you switch to the integrated FM receiver, although it still seemed to drain quicker than the FM-only CuboGo. To toggle between them, there’s a switch on the side. The Sonoro GoLondon also features a 3.5mm auxiliary input, to let you hook up to anything with a headphone socket or audio output – such as a new 2012 iPod touch or the latest Android smartphone such as the Samsung Galaxy S3. The necessary cable comes included, which is a neat touch. 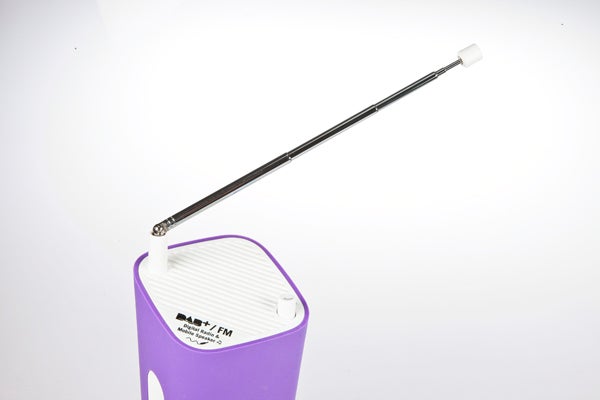 The DAB interface found on the Sonoro GoLondon is an off-the-shelf solution that’s similar to that of Pure’s boxes. It’s operated using a trio of buttons on the button of the device and and selection of basic extras such as presets are included.

There are plenty of features that you miss out on here, though. There’s no alarm function, and no EQ settings. The lack of an alarm in particular helps to wedge the Sonoro GoLondon into a fairly small set of “perfect scenarios”.

Sonoro GoLondon Sound Quality
The Sonoro GoLondon’s limitations stop us from recommending it as a day-to-day workhorse DAB radio, but its approach to sound ups its desirability significantly. 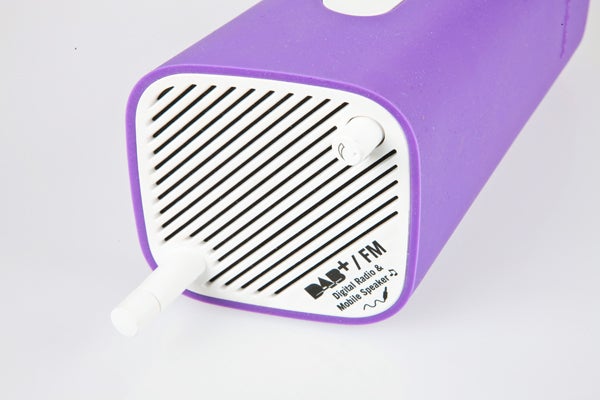 It uses a single 3-inch upward-firing driver that makes the radio supremely unfussy about where it’s placed. There’s just a slight tilt to the speaker grille up top that suggests the sound is being nudged ever-so slightly in one direction. As the Sonoro GoLondon’s output is mono, there’s little downside to using an upward-directed speaker.

The Sonoro GoLondon’s sound quality is among the best within small single-speaker radios too. It’s full-sounding and well-balanced, making both music and spoken word broadcasts sound good. Let’s not go overboard, though. Top volume is limited – the GoLondon won’t shake the floorboards – and the sound is recognisably of a small driver, but to take out on a sunny day for a picnic in the fields, there are few devices we’d rather have with us. 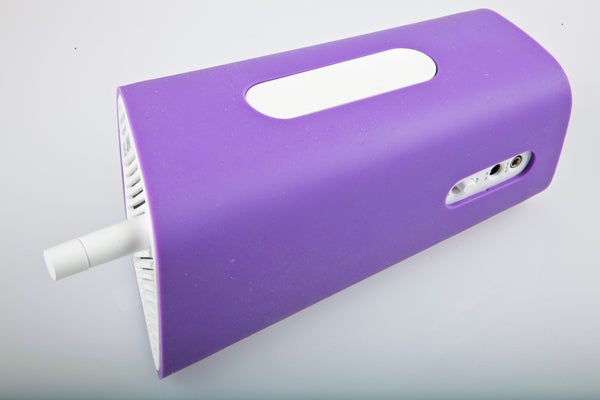 Sonoro GoLondon Value
At £129.99, the Sonoro GoLondon isn’t a radio for everyone. If you want a daytime kitchen or office companion, we’d recommend a Pure Evoke or Roberts Revival over this milkshake-like set. However, with a more svelte – yet more rugged – design, comparable sound quality and an integrated battery, it’s one of the most desirable portable radios around.

Sonoro GoLondon Verdict
Like the Sonoro CuboGo before it, the Sonoro GoLondon isn’t incredible value for money. You’re paying a little extra for the unusual design here. However, as sound, build and general usability are among the best for a portable radio, it’s a small name worth considering if its particular talents suit your particular needs.