Mario Kart will never come to iOS devices, unless something very odd and untoward happens to Nintendo. However, Sonic & Sega All-stars Racing makes us feel a lot better about this.

It’s easily the best “kart” racing game for iPhones and iPad, and that it’s a Sega game made it one of the most pleasant surprises of the year. Sega is a publisher that has pushed out more rushed and poorly-optimised iPhone games than most, but it aced this one. 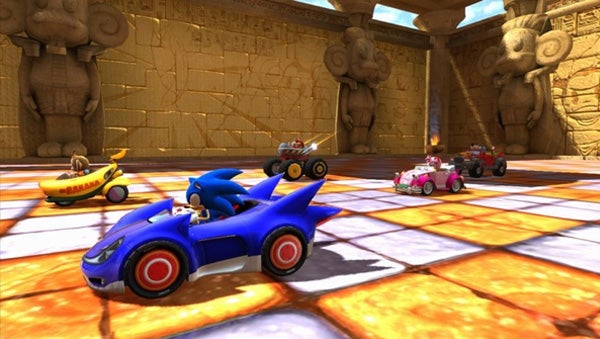 Sonic & Sega All-Stars Racing features three Grand Prix racing tournaments, each with several difficulty levels, 25 mission races and a battle mode. As you progress you’ll unlock more characters to race as – with 10 classic Sega video game characters in the full roster. What matters more than these box-ticking features is the racing engine, which is just-about perfect.

You use the accelerometer to control, while there are two virtual buttons – one to break and one to break into a drift. It’s quite simply great fun, while the game structure has enough hooks to keep you playing for much longer than you might plan on, starting out.

The best kart racer on iPhone skids onto the scene and makes all the other contenders look like slowpokes.