Soma developer Frictional’s worldview is unusual. It treats players as the people they are – lives mostly sedentary and free of violence – and then represents that individual in the average gaming environment – frantic and full of bloody mayhem. It’s a thought-experiment that results in endless variations on terror and repeated brutal deaths. So it was with Amnesia: the Dark Descent, so it is with Soma.

Let’s step back a second. Soma is a first-person horror game from Frictional, the creators of Penumbra and Amnesia. You take the part of Simon, a human living in Toronto, who suffers brain damage from a car accident. He takes an experimental brain scan and… awakes in the near future where all life on the Earth has been destroyed by a comet. All life, that is, save for a few scientists living under the seas, in locations like the mysterious Pathos-II base where Simon awakens. 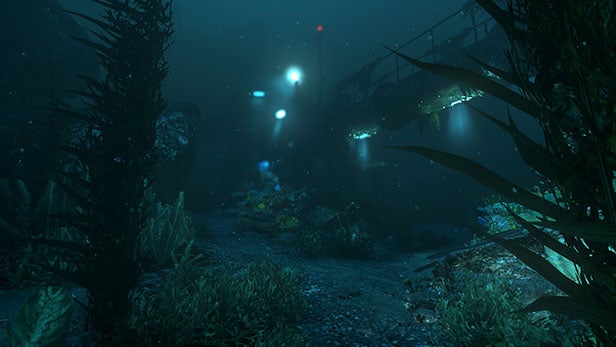 Here, humanity is striving to survive and its tools are attempting to help, in their own misguided way. As Simon explores the ocean’s depths he meets machines that think they’re men, things that were once men, and things created in the image of men. Many of the latter are horribly deformed, terrifying and hostile. Much of the game is about stealth, skulking in the shadows, moving slowly, and fleeing noisy accidents before something nasty arrives…

Soma isn’t afraid to tackle big questions about the concept of life, the value of life, and the value of human life in particular. Simon seems keen to talk about his identity issues to his only interlocutor. Almost too keen in fact, as a huge chunk of the dialogue is Simon’s struggles to come to terms with the destruction of the planet, how he got to Pathos-II, and what meaning there can be when everything of value has been destroyed. It’s intriguing stuff, but it ends up the core of the narrative – and it might turn some people off. 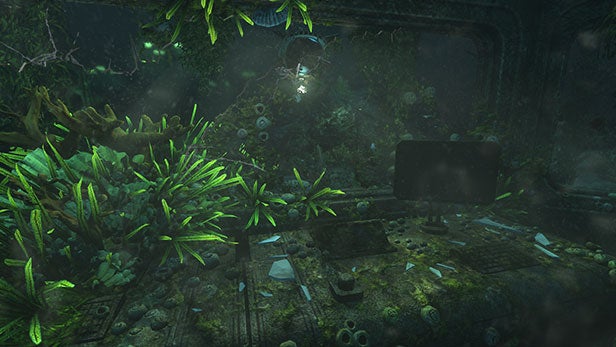 Away from the intellectual aspect, the gut-wrenching horror is, as you’d expect from Frictional, is exceptional, particularly in the monster design. The twisted shapes that might be men at a distance are, each and every one of them, fear-inducing. They also have a neat graphical effect as they get closer to you, distorting the screen so you always know when one is nearby – just not where it is.

Despite that, there’s little innovation in how the monsters actually work. All the familiar types are there: the ones that work mainly on sound; the short-sighted ones that work on sight; the ones that require you to look at them to find you. It’s a like a Who’s Who of horror game monsters. Most of them don’t even kill you when they catch you, just leaving you whimpering and limping.

If you can take the time to look away from the creatures, the way that the game conveys the impression of being at the bottom of a few kilometres of water, inside or outside the habitations, is spot on. Everything is pressurised and sealed, everyone wears diving suits, and everything is coated in seaweed, barnacles and rust (as well as the darker intrusions of the WAU, Frictional’s neat twist on an AI Gone Wrong.) Though it shares a setting with Bioshock, the ocean’s bottom, Soma is closer to Alien than Levine’s fallen art deco utopia. This place was never a utopia, it’s industrial and functional, and even without the humans much of it keeps on working. 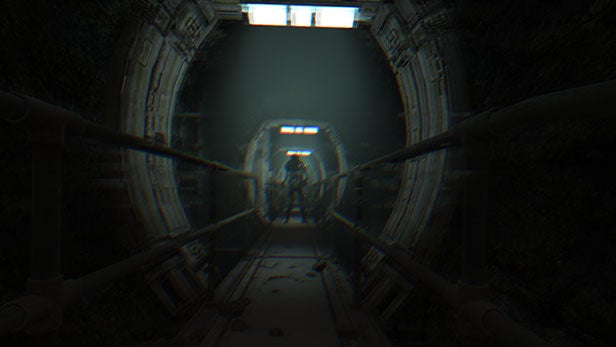 The outdoors oceanic environments are a welcome change of pace, but the least enjoyable sections. They’re mostly slow, linear paths with limited visibility, and easily-avoided enemies. Later in the game, they’re more threatening and strange, but they’re very short sections. What they mostly aren’t is spectacular or majestic. The water is too cloudy for that.

Inside the bases, the level progression is a touch ridiculous. As soon as you see a map, you know that you’re going to have to visit every part of this station, distributed underwater. It’s not like Bioshock where there’s a whole extra world out there and you just happen to be plodding through this part of it, or System Shock, where a smart enemy is throwing everything possible in your way. Every last deus ex mechanica is pulled out to make this happen – train crashes, detours to gather tech, broken equipment…

That said, the puzzles that these events throw up are smart and different every time. It feels like Dead Space 2, but with the combat and engineering stripped away. Sometimes you’re under unusual pressure – for example, trying to activate a noisy panel in a basement with a single sound-sensitive creature. Often they’re nicely complex, involving items from around the base – like an enjoyable interrogation of a backed-up human in a virtual environment, where you have to convince him of the sim’s reality. And many times they result in the death of something which might well be human. 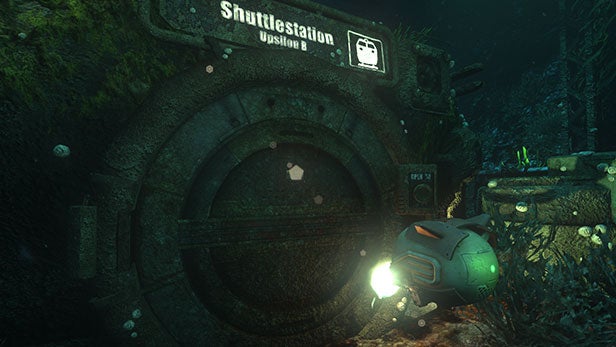 That’s Soma’s biggest focus – what apparently-living things are of ethical value. And the game makes you increasingly uneasy as you progress from putting them out of their misery in the name of progression to killing off entire swathes of life and forms of life that you should never have to kill.

I didn’t want to finish Soma. Not because I wasn’t enjoying its spooky underwater wild goose chase – I was. Or because its philosophy was too complex – it wasn’t. Or even because the monsters were too scary. But just that the horror was getting in the way of the story.

Much of the story is in diaries and audio recordings hidden away in the most hostile areas and I didn’t want to have to trudge through another maze of monsters and jump-scares. When I decided to stop believing in the horror – when I stepped back emotionally, didn’t let myself get easily frightened and stopped worrying about dying – the monsters lost their impact. 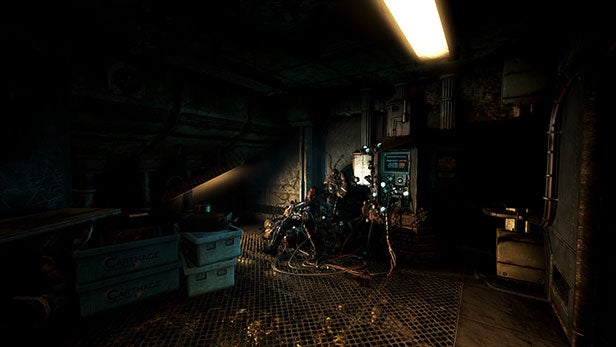 But it was hard to do that, because of the true star of this game – the sound. Turn the sound off, and this game loses all of its horror. The groaning-shrieking cues for the creatures you encounter, the singing of metal under deep-sea pressure, and the nuanced breathing of Simon as he runs for his life or skulks in the shadows. With the sound, sometimes with it alone in the darkest parts of the abyss, Soma is utterly terrifying.

Verdict
Soma is an exceptionally-compelling story, told in ways that are both innovative and very traditional in turn. It takes you from the highs of puzzling  where you’re interrogating the back-up of a long-dead technician repeatedly until you manage verisimilitude to the lows (in terms of innovation, not in horror) of yet again skulking behind a table waiting for another insta-kill monster to wander by.