Only a few years ago, it was still the norm for most households to have just one PC that the whole family would share. However, the proliferation of broadband Internet and increasing interest in notebooks has meant more and more families have at least two computers. It’s no surprise then, that the trend to have some sort of home network has also mushroomed.


Now, the obvious candidate for the modern home network is some sort of wireless router, of which there are numerous high quality examples. However, if you live in a large brick house, like so many Britons do, you may find the wireless signal is too poor to use for anything but infrequent casual web browsing – online gaming, downloading, or remote working will be a complete no no. Also, with the continual debate over the healthiness of having all these radio waves bouncing round in close proximity to us still not known, you may be averse to having yet another radio signal to add to the list.


However, just because you can’t or don’t want to have wireless, it doesn’t mean you have to start tearing up all your carpets to wire up your house with Ethernet cable. Instead there is a truly marvellous technology that you can use. 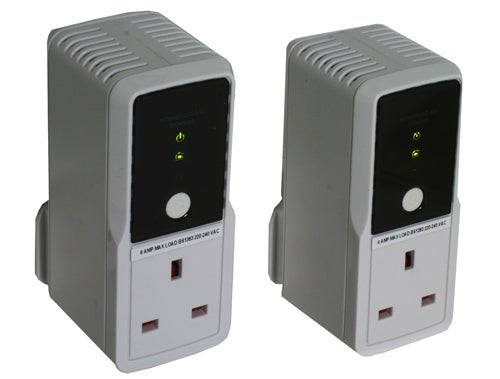 Generically known variably as, Ethernet over Power (EoP), Powerline Networking (PLN), and mains communication, said technology uses your building’s existing mains power cables to transmit network data signals. So, as long as there’s a plug socket, every room in your house can be connected to your network. Moreover, because the network is contained within your house, it is inherently more secure than even an encrypted wireless network.


Now, we’ve been fans of this technology for many years and have tracked the progress of products based on it from a bit slow and clunky to fast and easy to use and everything in between. However, along that journey we’ve always noted one consistent problem with every product we’ve seen – to use one of these network adapters you have to sacrifice a plug socket.


Most of the time this isn’t a big problem as you’ll probably find you need to use a multi-socket extension to power all the bits for your computer anyway. However, there must equally be many situations where a standard double socket would normally suffice were it not for the network adapter using one of the sockets up, so you end up having to use one of those ugly and cumbersome three-way plugs or a multi-way extension. Thankfully, Solwise has seen this obvious flaw and has recently bolstered its HomePlug line of PLN plugs with the HomePlug AV Simple Connect Mains Pass Through (HomePlug MPT).


As the name suggests, this latest addition incorporates a mains plug pass-through on the front as well as the PLN network connection hardware. You may also have noticed the Simple Connect part of the name which refers to another new easy setup method that has been added to this and Solwise’s other new HomePlug devices. Before I talk too much about that, though, let’s look at the device itself.

The HomePlug MPT is very solidly constructed out of a matte white plastic that should look suitably understated next to your average white plug socket. To accommodate the sockets for the pass-through plug, all the network circuitry has had to be shifted up and consequently the HomePlug MPT is really rather tall. Indeed at 123mm tall, it extends some 50mm above your average wall mounted plug socket. However, while this is undeniably large and in some situations the HomePlug MPT will simply not fit, the design has obviously had some real thought put into it so that for most people it is incredibly easy to use.


For a start, it’s only the width of a standard plug socket so it fits comfortably alongside other plugs when used in a multi-plug extension and it doesn’t interfere with the power switch on normal mains sockets, unlike some other devices. Also, because all the extra height has been confined to the top of the device with no extra length underneath, it will fit in even the lowest of wall mounted sockets. 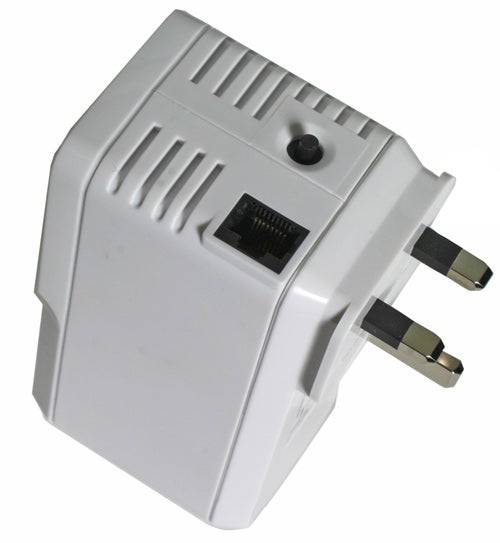 The positioning of the Ethernet port underneath the plug is also worthy of praise as it ensures the cable points towards the ground where it is less likely to be damaged by wayward feet or vacuum cleaners – and it looks neater too. Likewise, the trip switch for the mains pass-through is also kept out of harm’s way on the underside of the plug. This cuts-out at 10 Amps, even though the pass-through is only rated at eight Amps, so it’s best not to use the socket for an electric heater. For most computing uses, though, it will more than suffice.


Setting up a basic PLN is incredibly easy with the new Simple Connect method. You just connect one end of the Ethernet cable to your router and the other to a HomePlug then plug the HomePlug in to the mains socket. Next, go to all the computers you want to connect and similarly plug the Ethernet cable into your computer and the HomePlug then plug it into the mains socket. When all your computers are connected and turned on it’s a simple case of pressing the Simple Connect button on the device connected to the router then you have two minutes to go round pressing the buttons on all the other devices that you wish to connect to that network. Moments later you’ll be connected up and ready to go. If you later want to add an additional HomePlug to your network all you need to do is press the Simple Connect button on one of the existing HomePlugs then press the button on the new HomePlug.

The reason you need to jump through all these hoops is because the network is encrypted with 128-bit AES encryption so the devices need to be synchronised with each other before they will cooperate. We’re not entirely sure of the merits of this encryption, though, as it seems all you need to do to administer the network is connect another plug to the mains and install the software that’s bundled with the HomePlug. Using this software you can completely reconfigure the network without prior knowledge of the existing network password. The only threat this encryption would seem to stop is if someone were trying to tap into the mains network by some sophisticated means other than just buying a plug and plugging it in and the likelyhood of this is very slim. Still, it’s there if you value it.


Other features of the included software include the ability to update the plugs’ firmware, enable Quality of Service (QoS) prioritising, and show the list of attached devices. The QoS options are fairly limited, with no manual control of the prioritised traffic but rather it gives you three overarching options; Online Game/Internet, Audio or Video, and Voice over IP (VoIP). Essentially, these will prioritise rapid delivery of small packets to ensure a responsive system, overall bandwidth to ensure the bit rate needed to transmit video is maintained, and isochronous delivery of packets to maintain a steady stream of decipherable audio, respectively. 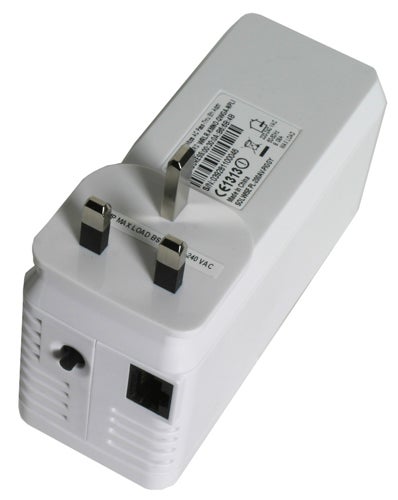 The new HomePlug AV devices are rated at 200Mbps, which is faster than all but the latest wireless standards. Of course, as with all network types, you will never actually see this figure in real world performance. In fact, testing with IOmeter revealed the real world throughput maxed out at 113Mbps when using two plugs in reasonably close proximity. However, this is actually by far the fastest result we’ve ever obtained from a pair of HomePlug devices and it is certainly plenty enough bandwidth to stream at least two HD videos over simultaneously without completely clogging the network.


So, in terms of ergonomics, ease of use, and performance, the NET-PL-200AV-PIGGY is an impressive device but then there’s always that stick-in-the-mud, price, to account for and it’s here things become a little less clear. At £54.95 per plug, even the most basic setup is going to set you back over £100, which is a high price to pay just to avoid laying a bit of cable. If you don’t need the mains pass through you can get one without for £48.52 and there are also slower 85Mbps and 14Mbps plugs available for around £25 each. However, these slower standards are not compatible with the new faster standard. Still, these complaints only put a minor dent in the HomePlug MPT’s value score.


By using your home’s existing mains power cables, the Solwise HomePlug AV Mains Pass Through (NET-PL-200AV-PIGGY) is incredibly easy to setup and once done so it is fast and secure. What’s more by incorporating a mains power pass through socket, it ensures using mains networking doesn’t hog all your plug sockets. 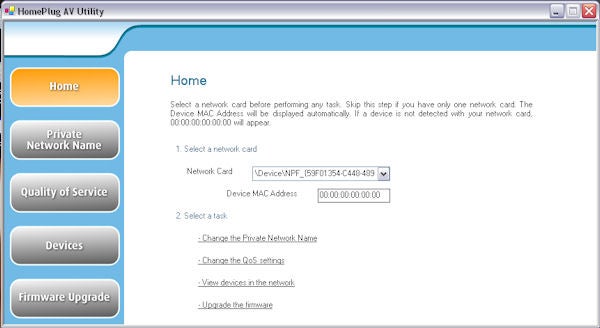 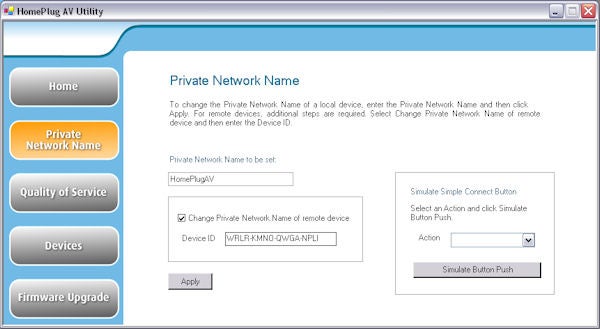 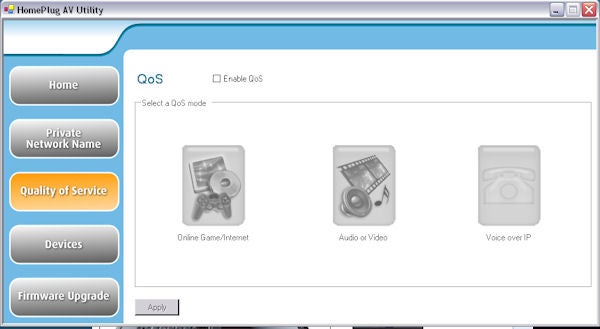 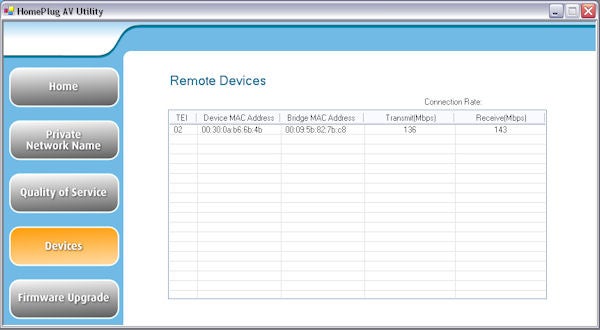 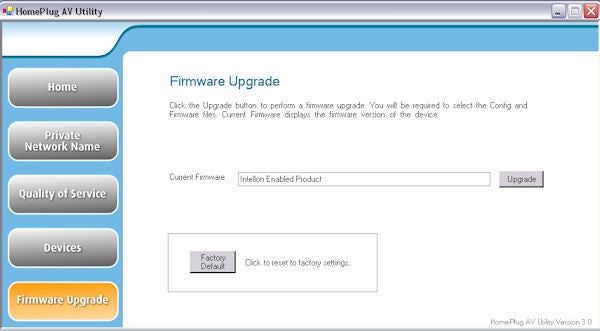