Running out of battery when on holiday, or simply away from a power supply, is a common annoyance of modern life. The Freeloader Classic attempts to blast these trivial woes away. It’s a solar charger with its own rechargeable battery, so it doesn’t have to be sunny the very moment you need that boost of juice.

The Solar Freeloader Classic is an idea that you may at first dismiss as a gimmick. Solar chargers tend to be seen as the preserve of the elitist eco-snob – they may have environmental cred on their side but they’re not terribly practical, especially in the UK. This isn’t just a throwaway gadget though. 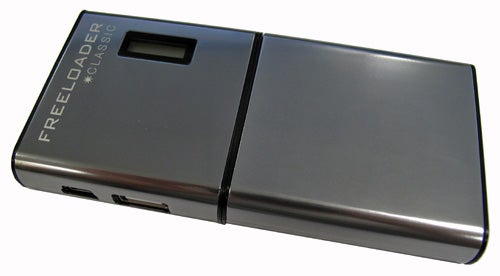 Its outer shell is coated in aluminium and it splits into three parts – the battery and the two solar charging panels. When not charging, these can be hooked together, panel-to-panel, keeping them protected thanks to their aluminium outer. This solar sandwich then plugs into the battery, giving you a tough little phone-sized block that can simply be chucked in a bag without worrying about damage. 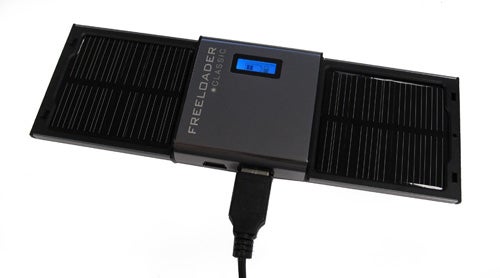 To change the Freeloader Classic, transformer-like, into its charging arrangement simply pull the solar panel block out, separate it and plug the two panels into each side of the battery. We expected the charging side of the solar panels to be much less strong than the aluminium casing, but they’re pretty tough too, coated in strong plastic. Its build quality is a cut above that of most affordable niche gadgets.

On the left hand-side of the battery unit are two USB ports, one full size and the other a miniUSB slot. The first is used to connect the various charging adaptors, while the smaller can be used to hook the Freeloader Classic up to a PC for a more intensive 3 hour charge. This feature will be very useful for those miserable summer and long winter months, and boosts the flexibility of the device massively. 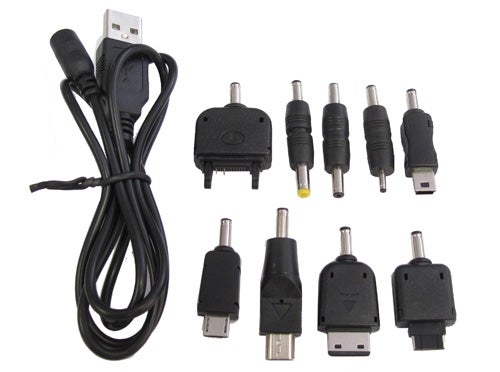 The easy availability of extra battery units is also a huge bonus, as they hold their charge pretty well. They cost £19.99 each and are available from Solar Technology direct as well as other retailers. 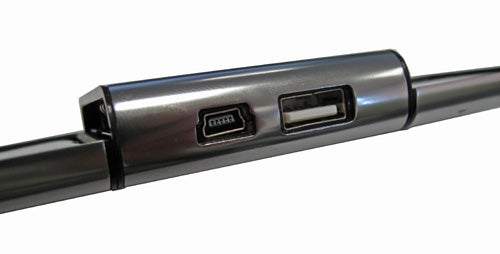 The small backlit LCD display is the cherry on the top of this surprisingly classy package. It lights up and shows icons for current battery level, whether each of the solar panels is picking up charge and whether a device is connected and charging. There’s a specific Globetrotter Edition of the Freeloader available, which bundles in various protective extras but we’d be happy leaving the Classic to contend with rumbling around in a rucksack sans safety gear.

The Solar Freeloader Classic uses a 1200 mAh battery. Although this is larger than the standard battery of many popular devices, including the iPod Classic and most smaller smartphones, it won’t supply you with a full charge for most gadgets. Solar’s fairly conservative with its estimates on this front too, saying that it’ll offer a couple of hours of iPad usage, two days’ worth of smartphone power or two and a half Nintendo DS hours (not the 3DS though, we’d wager). 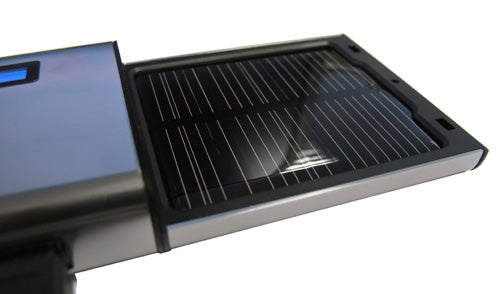 Nine plugs are included, and these slot into a cable that then plugs into the standard full-size USB slot. Standards like miniUSB and microUSB are included, alongside two proprietary Nokia adaptors, the Sony Ericsson, Samsung and LG mobile phone adaptors, one for the DS lite and a more standard jack – used with an array of devices including the Sony PSP. The one sore thumb exception is the lack of an Apple power socket, but that’s why Solar has used a standard USB charging interface – you can plug in your own USB power cables too.

The level of flexibility displayed here is excellent, covering almost all the bases required by the vast majority of gadget fans. Arguably even more useful than the USB interface socket is the second, miniUSB plug. Using this you can hook the Freeloader Classic battery unit up to a PC and charge the 1200 mAh unit much quicker than with the solar panels. 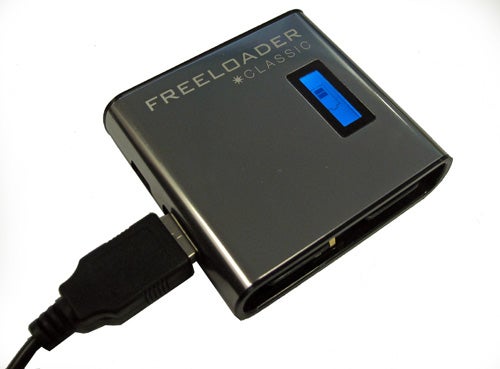 The solar panel array sucks-in a 150mAh when fully exposed to natural sunlight, meaning that it’ll charge-up the battery fully in under 10 hours. USB charging takes less time – around three hours. If you’re more concerned with the convenience of the Freeloader Classic than its environmental leanings, this secondary charging method is a huge bonus, especially as it lets you remove the solar panels resulting in an even more portable package.

Once the sun does come out, the Freeloader Classic is adept at catching its rays. Charge is drawn-in separately by the panels, and icons appear on the LCD screen for each when they start charging. Blazing sun isn’t a prerequisite either – in our tests, it still worked through cloud but natural sunlight is a necessity (unless you use a sunlamp) as it doesn’t work with standard indoor lighting. 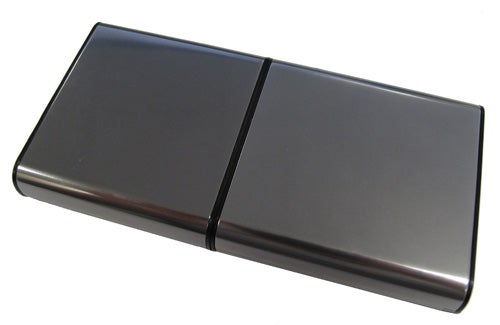 It takes a few hours for the Freeloader Classic to fully discharge its load, and it can cope with multi-tasking too, charging its own battery and another one simultaneously. You can sit out in the sun with it by your side, leaving it to boost the battery of a phone or MP3 player while using it. However, it’s just as happy to be left on a window-sill, charging away while you’re out. Equip yourself with an additional battery unit and you could in theory do away with several chargers in favour of harnessing the sun’s rays. 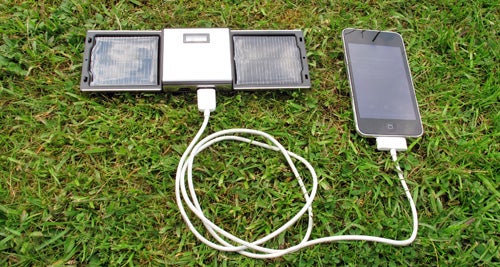 There’s not quite enough of a next-gen vibe about the Freeloader Classic to convince us this is a good idea though. It’s not hugely efficient or powerful, but it is well-designed, flexible and very simple to use. The closest rival to the Solar Freeloader Classic is the Powertraveller Powermonkey eXplorer. It offers a very similar array of features and charge sockets, but costs up to £30 more. As such, some of the most attractive alternatives are actually other Solar models, such as the simpler, less powerful Freeloader Pico, which sells for a mere £16.99, or the snazzier Freeloader Pro (£69.99)

Solar charging is something of a gimmick, especially when truly sunny days often seem like such a rarity here in the UK. However, with a tough, attractive design, USB charging option and proper built-in lithium-ion battery to back it up the Solar Freeloader Classic becomes genuinely useful in a wide variety of situations.

For holiday-makers, travellers or just those wanting to jump on the solar cause, the Solar Freeloader Classic is a good choice, especially as it either outclasses or undercuts most of its rivals.