Sometimes a piece of art captures the zeitgeist, and Sniper Elite 4 is a perfect example. In a world where people are asking if it’s OK to punch Nazis, here comes a game where you can punch a Nazi so hard that their jaw shatters into tiny shards. You’re even rewarded with a close-up X-ray of the act.

Sniper Elite 4 is a game built around these stylish, slow-motion kills. Whether you’re stabbing someone in the gut while hanging from a ledge, severing their spinal cord from a vantage point 200m away, or popping their bollocks while squatting in a bush, any direct hit on a vital organ (ahem) will be met with sweeping, dramatic action-cam footage.

Related: Marvel vs Capcom Infinite: Everything we know 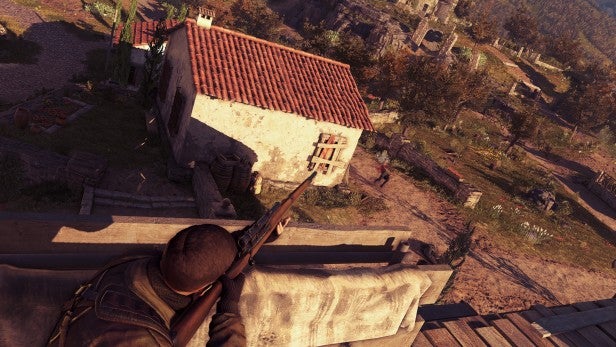 That video has always been a staple of the series. In fact, it’s what’s made the series worth playing – without it, the shooting wouldn’t feel anywhere near as satisfying. Sniper Elite 4 takes it up a notch with those aforementioned melee finishers, as well as macabre clips to accompany well-placed explosions, zooming in to see each shard of shrapnel tear through flesh, shatter ribs, and rend squishy bits.

In this sequel, even a standard headshot feels more impressive than usual, with the squelch of the brain, the crack of the skull, and the ping of the helmet perfectly capturing the bloody business.

Improvements to the X-ray camera are an obvious evolution. Elsewhere, the game plays largely the same, but now you can creep through foliage, use silenced ammunition, and steal enemy flare guns to call down mortar strikes on their own squads. Outside of these additions, it’s just a case of refining what was there. It’s a clear improvement on the Africa-based Sniper Elite 3, but it’s only a slight step forward.

Sniper Elite 4 takes you to Italy, where you’ll be sneaking through vineyards, sun-dappled towns, dilapidated docks, crumbling castles, and more over the 10 or so hours the campaign lasts. It’s not massively visually varied, but each environment is packed with detail and is surprisingly good-looking, despite the complexity and vastness of the maps. 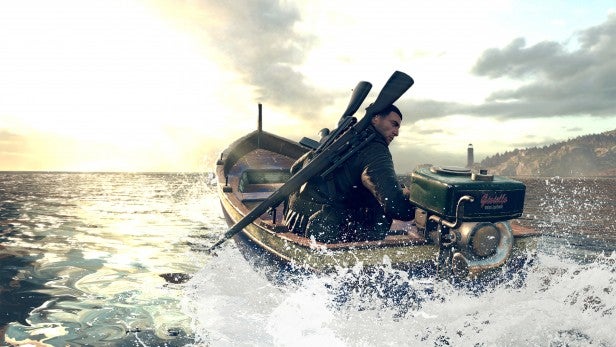 It makes sense for a game about sniping to have big battlegrounds, and Sniper Elite 4 doesn’t disappoint there. There’s always a window, mountain, rooftop or other vantage point overlooking a swathe of Nazi troops, so a satisfying longshot is always an option. Although now – armed with a silenced pistol and those melee kills – creeping through a camp and picking enemies off up close is an option. It’s a good job, too, as you’ll need to relocate between shots, covering your position with trip mines in case the enemies get a bead on your position.

Improved enemy AI sees your foes try to triangulate your position when they hear a shot, so you are often sprinting from one overlook to another between each exploded testicle, ensuring you’re not swarmed by the flanking AI. Of course, you can always mask the sound of your shots by firing in time with the bang of a tampered generator, the screech of an overhead plane, or the sound of a heavy artillery gun peppering distant allies.

Supersonic ammo also allows you to take enemies out quietly, though it’s at the expense of power and ammo is severely limited. Because of this, despite your extra tools, you’ll always end up reverting back to the game’s heart: traditional sniping.

On the default difficulty setting, you will have to adjust your shots for gravity, or zero in your scope by judging the range to your target. A tap of the shoulder button empties your lung and provides an aiming assist, giving you a marker for where your shot will land, which turns red to indicate a kill shot. It feels a bit like cheating, but it’s not something you can use for every shot, as it needs to recharge, just like a real lung! Lungs need recharging, right?

Though maps are intricate and well put together, the action can unfortunately feel pretty generic when you’re not sniping Nazis. You essentially trash Nazi equipment, steal documents, and assassinate key figures by following objective markers. These objectives are mostly signified on the map by a large question mark, and it’s up to you to search the area to find its location within the marker’s confines. The map, however, isn’t very good at suggesting what elevation you’re supposed to be on, leading to frustrating instances of running around like the least elite person on the planet. It’s often best to first make sure there are no surviving gonads in the area, giving you free reign to sprint about in search of the objective. 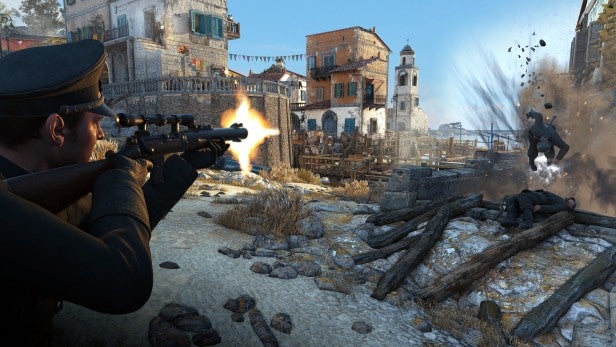 The game’s upgrade system doesn’t help spice things up, either. You’re awarded upgrades to your weapons for completing specific milestones: increased zoom, more damage, etc. This unfortunately encourages you to stick with the same rifle you get at the start – not that the others feel significantly different anyway.

Sniper Elite 4 is an improvement over the last game in subtle ways, but its formula unfortunately outstays its welcome before the credits roll. For the first few hours, you’ll be in love, thanks to those stylish kill-cameras elevating each well-judged shot – but it’s a fleeting affair. Palm-striking Nazi jaws off and bursting ballbags can only get you so far in life.

If you’re only here for some cathartic, hyper-violent Nazi killing, though, you’re in for a treat. It certainly delivers on that front.