How straightforward is it to mix with the Smeg SMF02?

I first used the beater tool to combine all the ingredients of a loaf of banana bread at once. It took only 45 seconds to achieve a smooth mixture, gradually increasing the speed from 1 to 4.

The SMF02 has a soft start function – meaning whichever speed you choose, the mixer will start slowly to avoid any splatter. However, it’s still recommended to increase speeds gradually and use the splashguard. 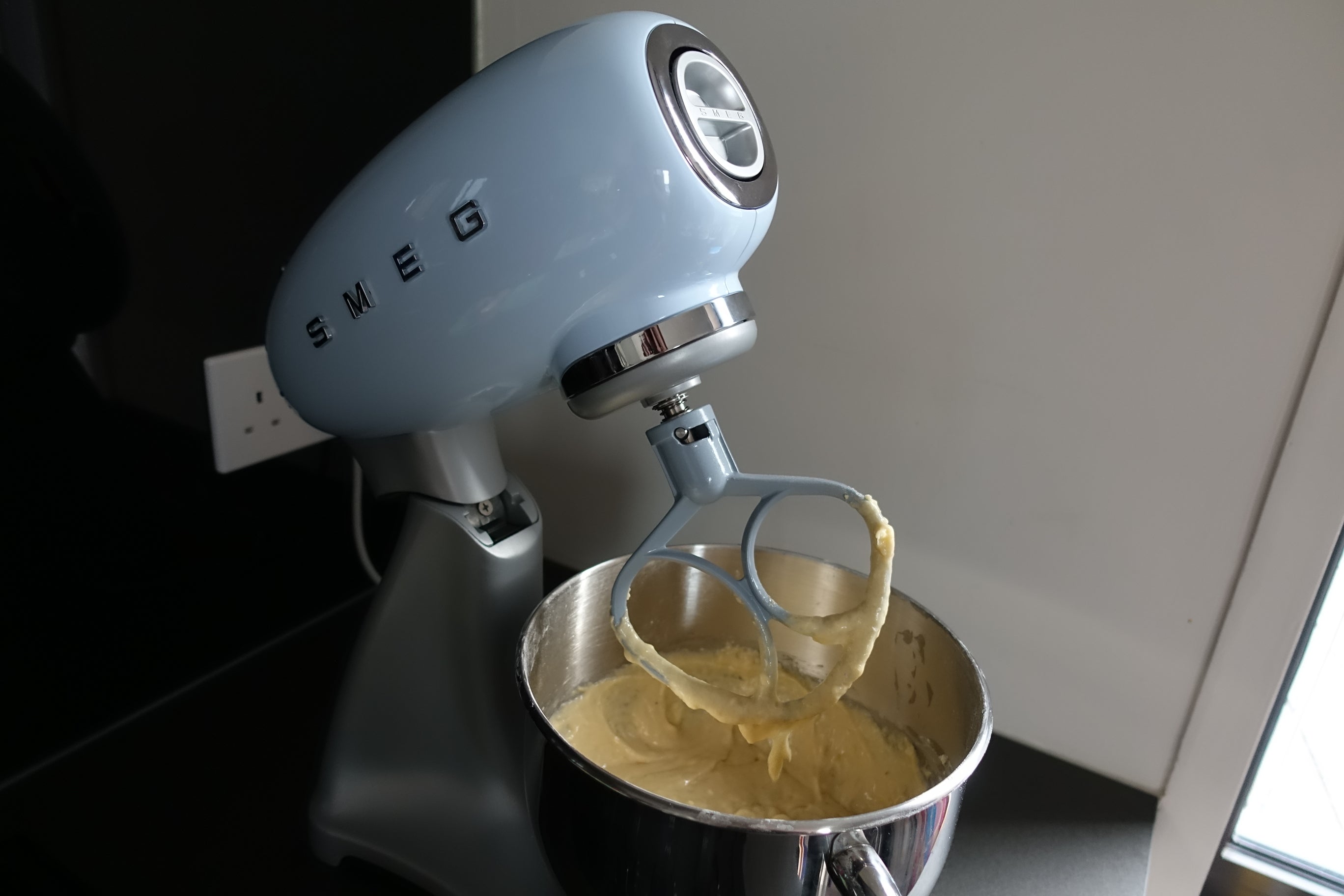 My second attempt at banana bread was beating eggs and sugar, then adding the mashed banana and finally, the dry ingredients and melted butter. Increasing the speed here was giving me a bit of splashback, so I stayed at setting 2 after briefly attempting setting 4.

The loaves came out soft and delicious, although the second one felt a little airier. 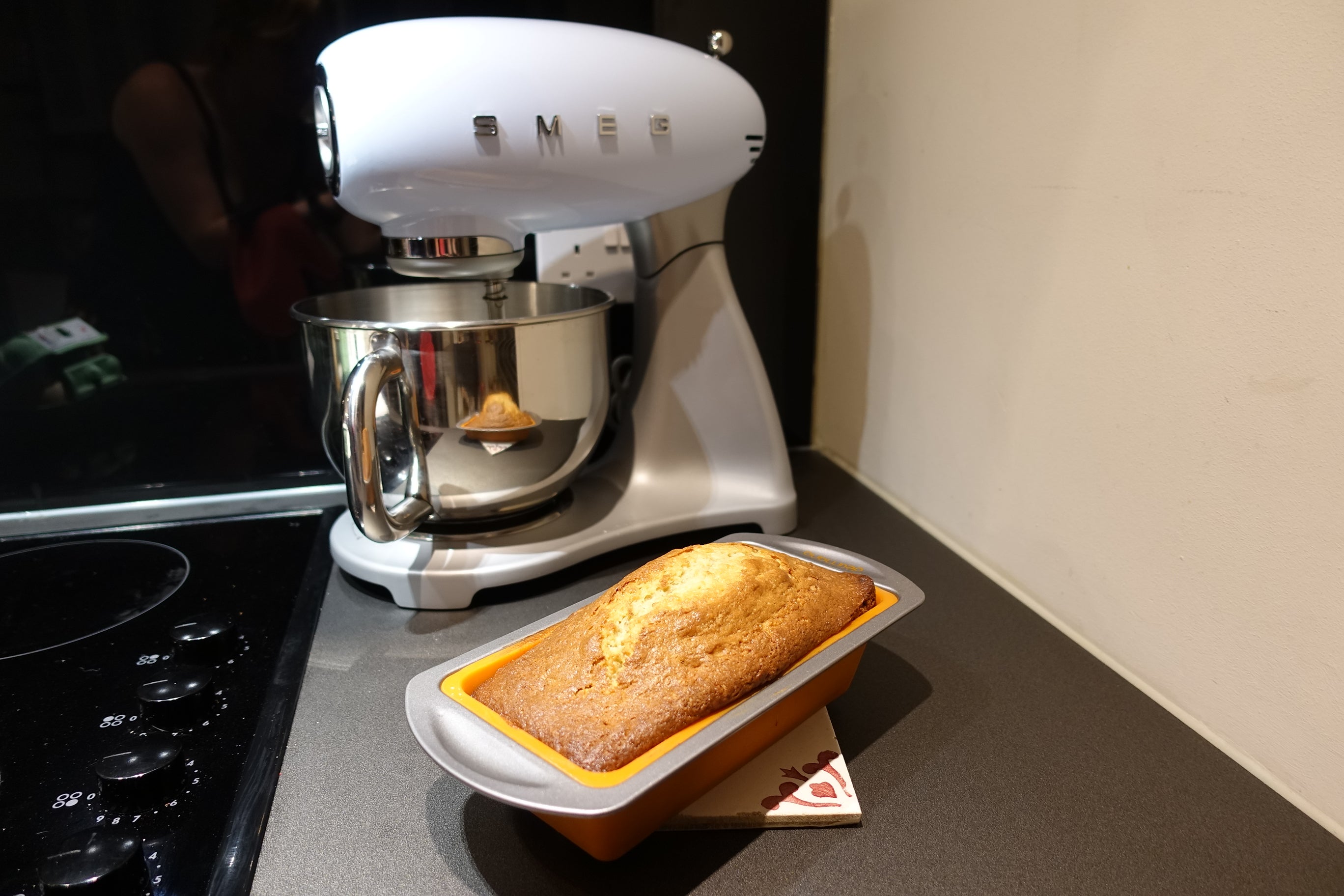 You can get great-looking bread from this mixer

Next, I used a bread recipe from the recipe cards provided. After combining flour, yeast and oil, I gradually added lukewarm water to the mix.

The dough started to come together after 4 minutes, leaving the bowl nice and clean. During the kneading, the mixer became rather wobbly, keeping me from increasing the speed further. As I hadn’t put the splashguard in place, the machine also managed to throw a tiny piece of dough out of the bowl. 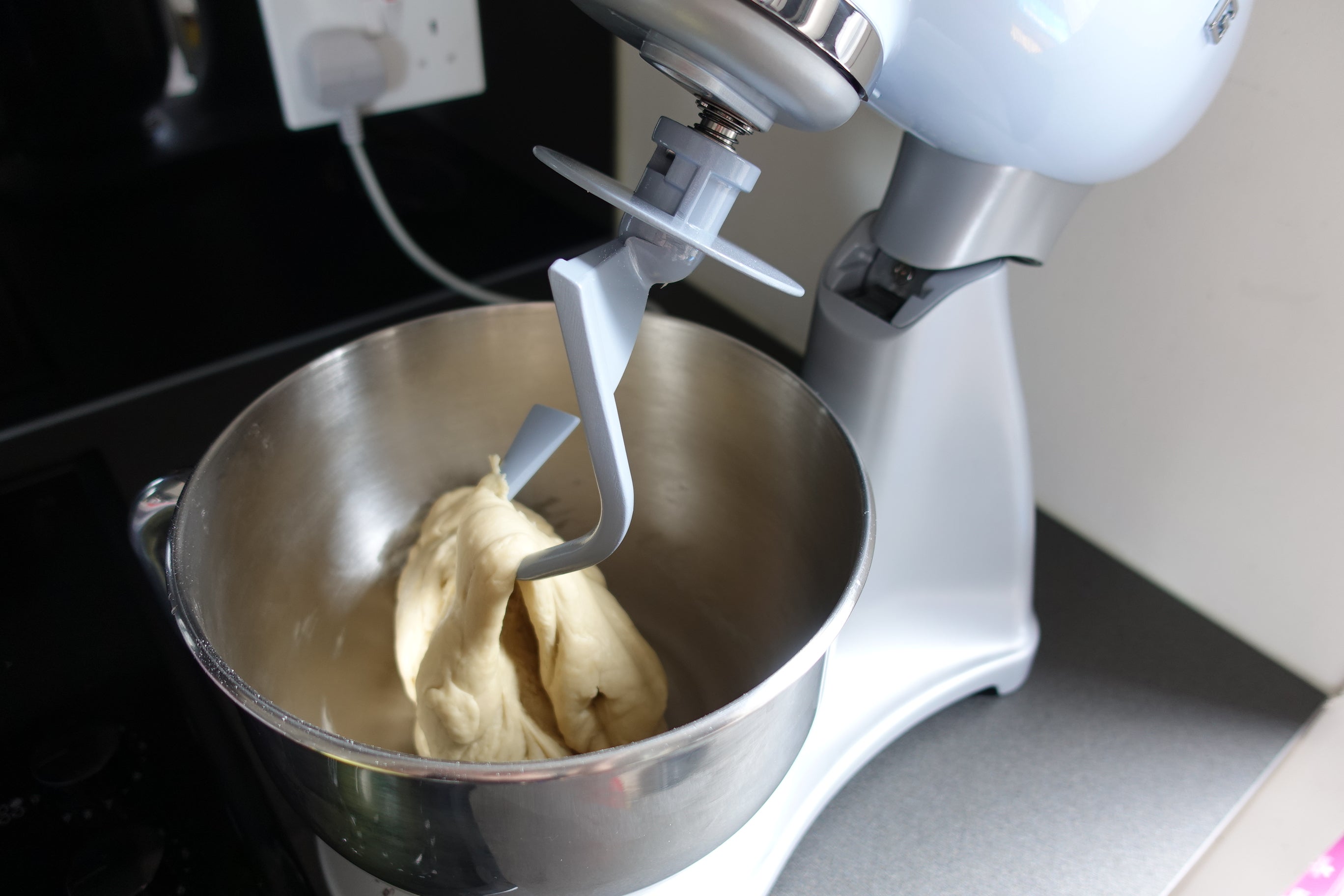 When kneading the mixer got a bit wobbly

Still, it took only 7 minutes from start to finish to achieve a kneaded dough. The baked bread had a lovely texture. 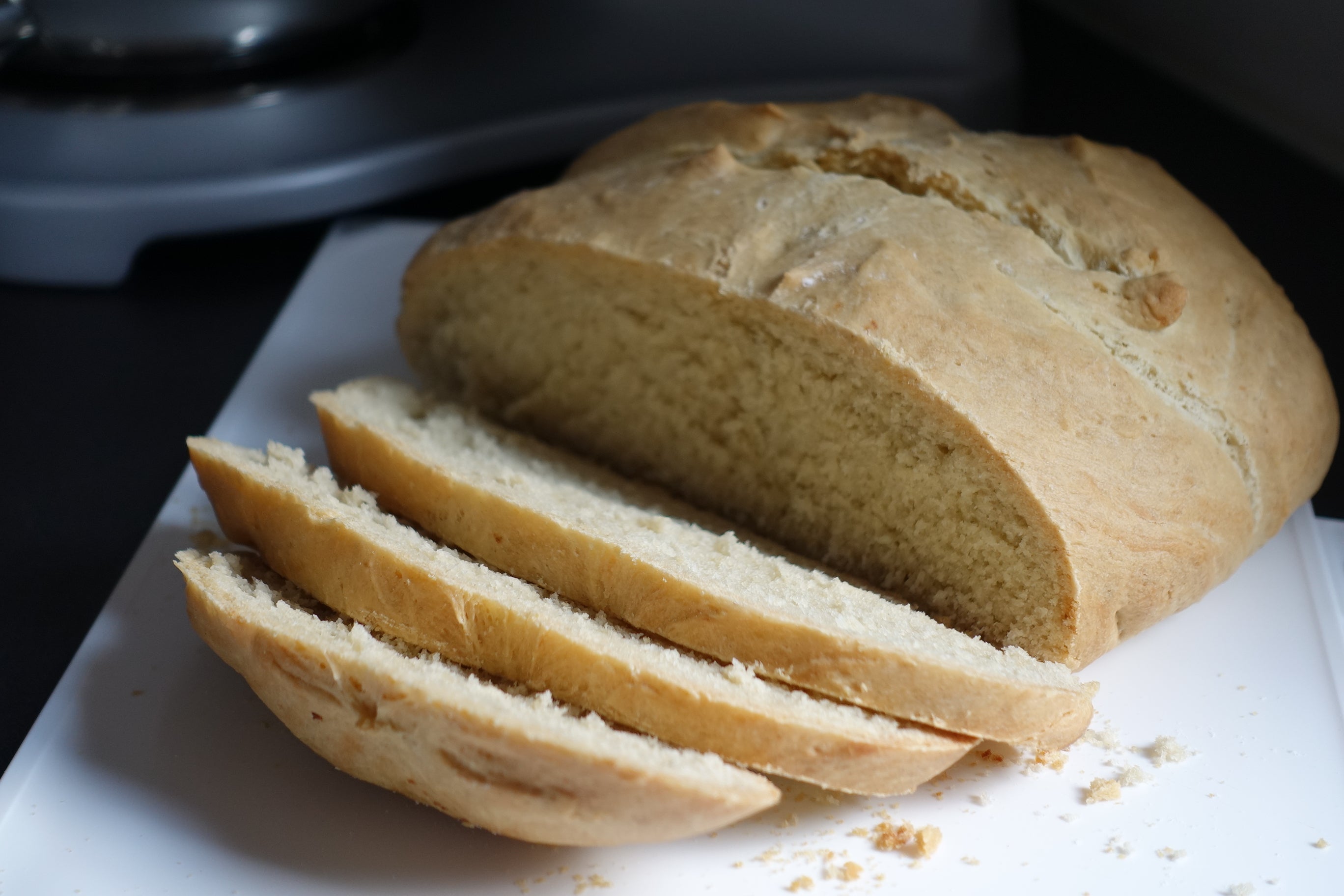 We got an excellent loaf of bread out of the mixer

Finally, I set my sights on a cheesecake. Following a suggestion from a recipe on Smeg’s own recipe site, I used the beater tool to crush broken digestive biscuits at speed 2. The splashguard proved necessary here, since the mixer was throwing up stray crumbs.

While definite progress was apparent after a minute, it took about 12 minutes in total to achieve a suitable consistency. Even then, I had to crush the odd bigger pieces with a rolling pin. If speed is of the essence, it might be faster to do this by hand. 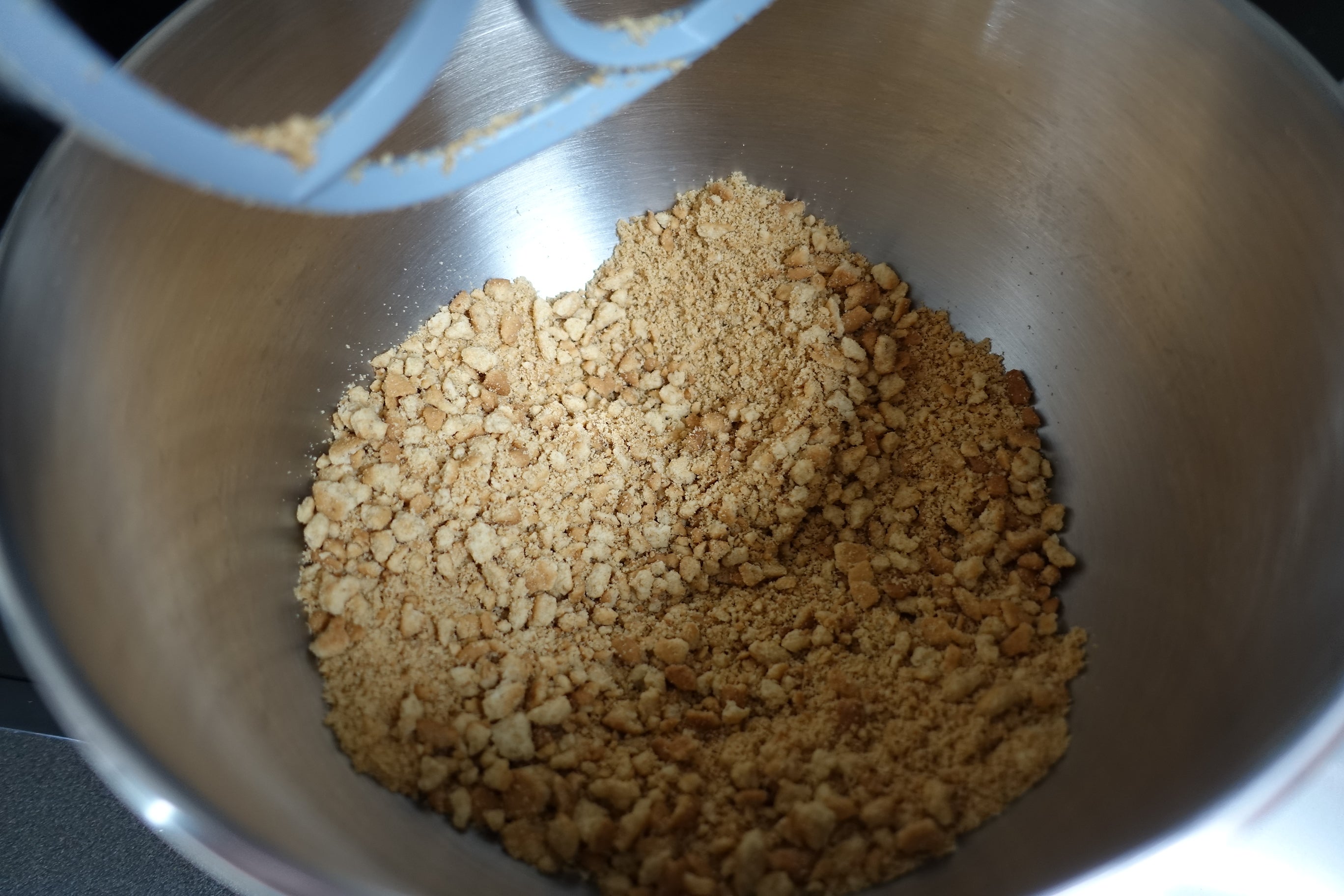 Crushing biscuits took a long time, and we still had to use a rolling pin

Next, I used the whisk to combine full-fat cream cheese and caramel. The mixture at the centre of the bowl became nice and fluffy, while the edges were still unmixed due to the caramel clinging to the bowl.

Upon closer inspection, I also discovered a white layer of unmixed cream cheese at the bottom of the bowl, indicating there might be a slight issue with the whisk’s reach.

But, as I didn’t detect a problem with any of the attachments’ reach on other occasions, I believe it was mostly down to the stickiness of the mixture. 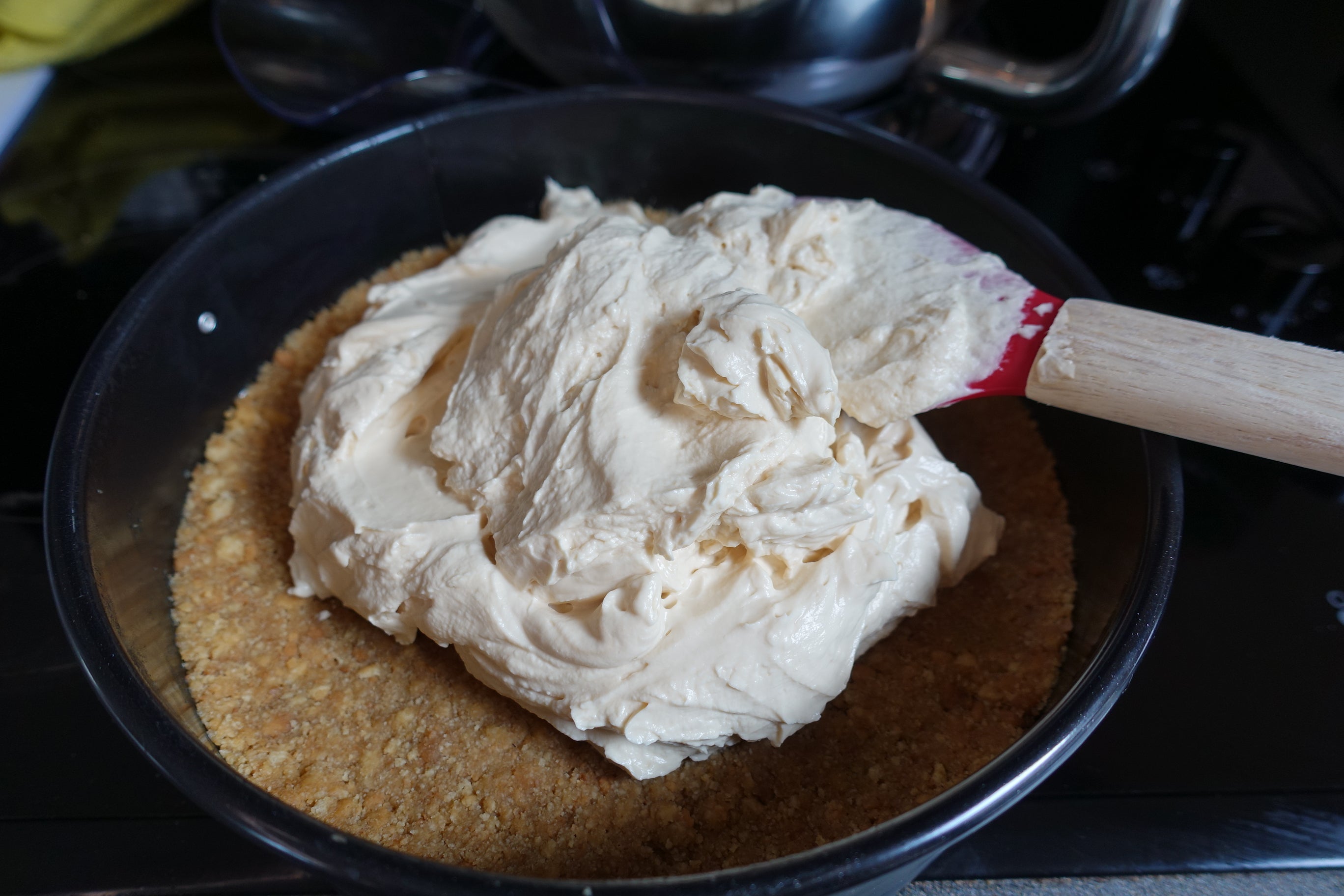 Our final cheesecake texture was spot on

Once I added double cream to the mix, it all came together nicely after a minute’s whipping.