What is the Smarter iKettle 2.0?

The Smarter iKettle 2.0 is a jug kettle with a difference. It connects to your Wi-Fi router and can be controlled via an app from anywhere.

This means you can set it to boil when you’re on your way home or set it to heat up to one of its many smart features, including custom temperatures for speciality teas and formula milk. It’s impressive but works best with iOS (Apple) devices. 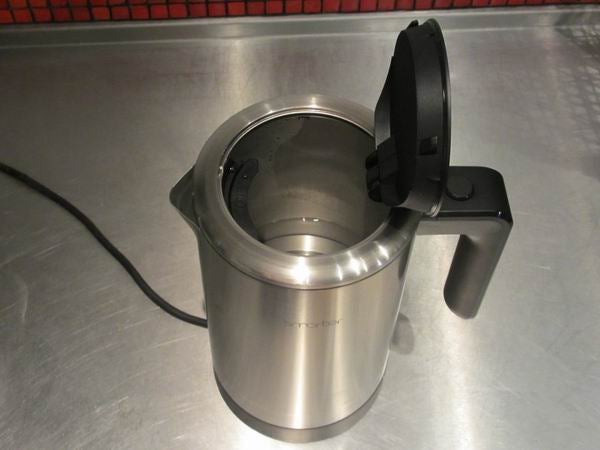 The iKettle 2.0 looks like a standard jug kettle in brushed stainless steel, with a slightly chunky base. Controls look simple with a single illuminated button at the button (plus a button at the top of the handle to pop the lid up).

But controls are in fact numerous because the kettle is app controlled. It does all the things that high-end kettles like the Kenwood Persona SJM610 and Sage Smart Kettle do and more. But you must pair it with an iOS or Android device to access them.

This includes a dial that lets you set temperature, from 20⁰C to 100⁰C in 1⁰C increments. Plus a keep warm setting and other app-dependent features. 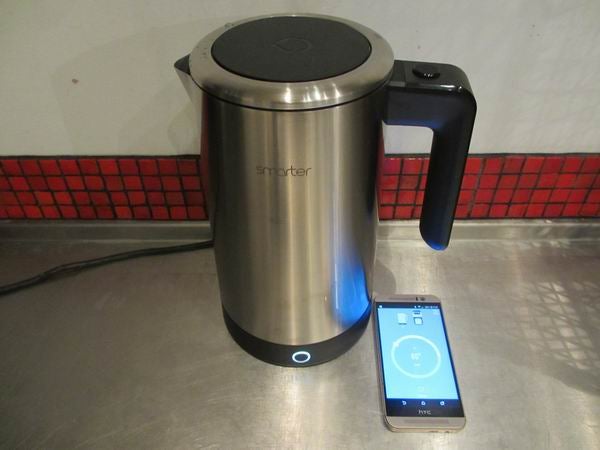 Physically the kettle is pretty standard. The base is a bit thicker than most, presumably to pack in all the technology. The capacity is bigger than most at 1.8 litres. The power cord is a bit short. And the jug itself is heavy at 1.2kg (jug only).

Used without the app, the single button can be pressed once to heat water to your current preferred temperature, chosen via app. Or you can press and hold to reset the temperature to 100⁰C. 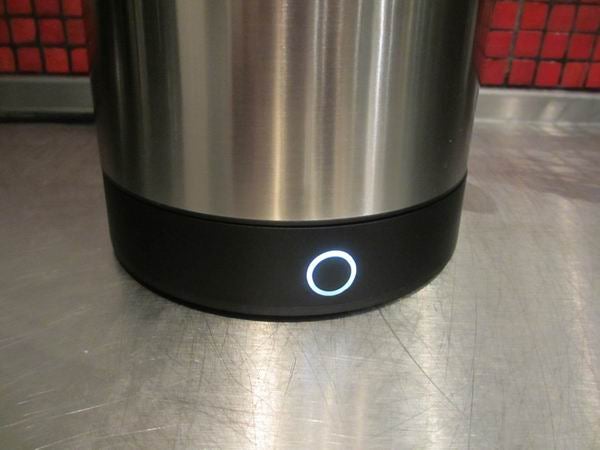 Getting started with the iKettle 2.0 was complicated. This should never be the case for a kettle. The mistake we made was starting off using an Android phone (HTC M9). Setting up the app and connecting it to the kettle took multiple attempts.

You start by connecting the phone directly to the kettle via Wi-Fi, then use the app to teach the kettle the password for your router. Then it should be plain sailing but it wasn’t. It took several tries to find the kettle and several tries to remember it. We even dry-boiled the kettle a couple of times in the process. Oh well, it was a good opportunity to test the auto shut-off.

Then it worked but features were a bit limited. We could select a temperature and see how full the kettle was remotely but click on “device settings” and it just gave the option of disconnecting from the kettle, while clicking on “wake up mode” got a disappointing “feature coming soon”.

Still, it worked and the range of temperatures was impressive: anything from 20⁰C to 100⁰C in 1⁰C increments. The kettle felt heavy in the hand but the narrow spout poured well.

It took a rather slow 2m52s to boil a litre of water that started out at 14⁰C from the tap. We measured the temperature after 10 mins (84⁰C) and again after 30 mins (75⁰C), which are a little bit warmer than most – the kettle holds its heat fairly well. 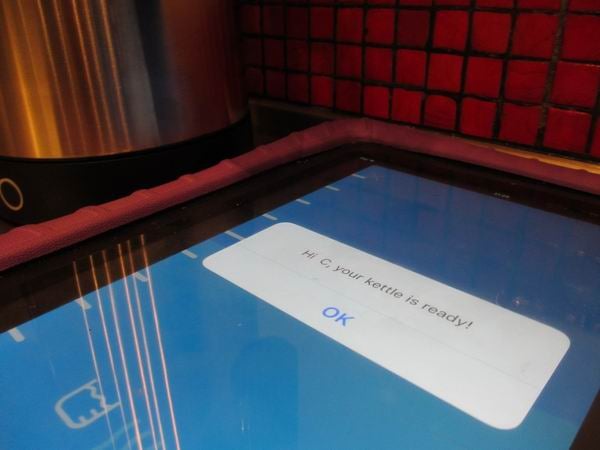 When the kettle boils you get a notification if the app is still on screen but nothing pops up or beeps if it isn’t.

We found that the kettle was automatically set to “keep warm” so it reboiled every couple of minutes until we disabled this. 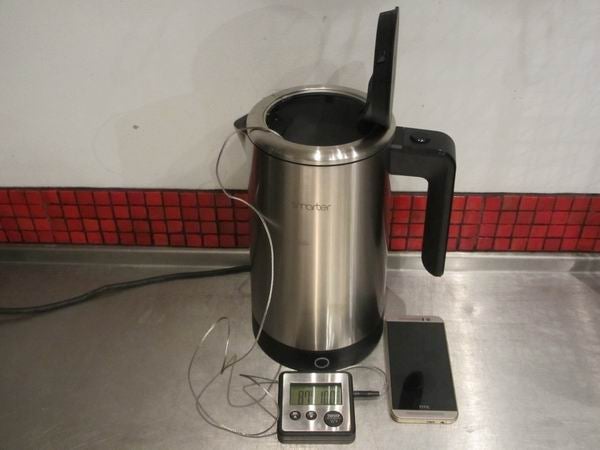 We also tried heating water to 80⁰C but it resulted in water at 87⁰C – what’s the point of having such accurate-sounding temperature settings if they’re so inaccurate? 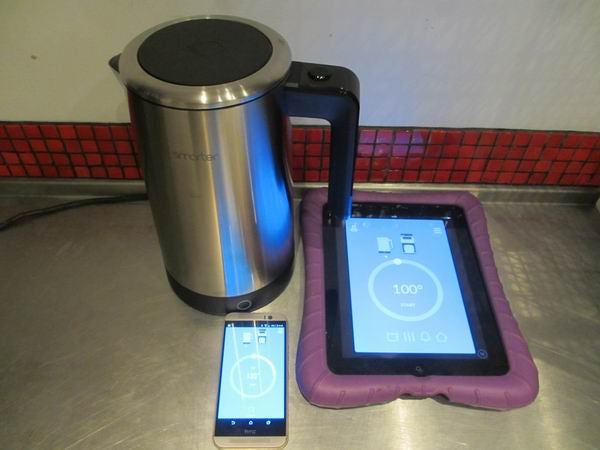 The iOS app offered better controls too, including a formula milk setting that boils the water, then lets it cool to the temperature of your choice. Plus you can set it to boil at a particular time of day or use your smartphone’s location to trigger it to boil automatically when you get home. And you can customise which notifications the app alerts you to.

So the iOS app was vastly superior to Android, but both did work. And we found both could work with the kettle simultaneously, so a family using a mix of devices could all connect to it. 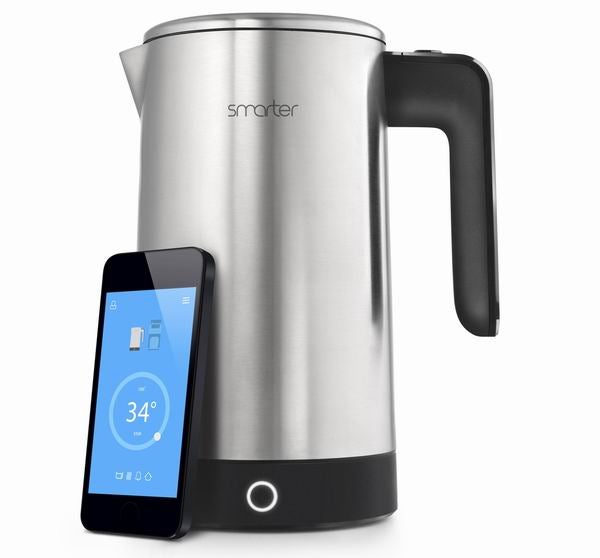 Should I buy the Smarter iKettle 2.0?

Maybe. It’s a high-end kettle and you get more features for your money than the Kenwood Persona SJM610 and Sage Smart Kettle, thanks to its smart controls. But it only really works well with iOS (Apple) devices, and if you want to just put the kettle on manually without using your phone or tablet it’s not great.

It’s also worth considering the Sage Smart Kettle which also offers a range of temperatures for perfect tea. Or save money and get something lower tech like the beautifully designed Morphy Richards Prism Traditional Kettle.

You get a lot of smart features for your money, but you’ll need an Apple device to get the most out of this kettle.