Available on PS4 (reviewed), Xbox One and PC
If you’ve never played Sleeping Dogs, United Front’s homage to both the Grand Theft Auto franchise and Hong Kong cinema’s early 90s bullet-festival heyday, close the browser now and pick up a copy. If you can’t wait to check out GTA 5 on a current gen machine, Sleeping Dogs: Definitive Edition will scratch that itch and then some. It doesn’t break much new ground in terms of its structure and gameplay, but Sleeping Dogs is easily one of the best – and underrated – open world games of the last generation.

The reason for this is, in part, down to the game’s mechanics and controls, which are sublime to use and well-mapped to boot. In Sleeping Dogs, players will engage in rooftop free-running, car chases, brutal hand-to-hand combat and visceral gun battles that involve both pop-and-cover mechanics and the odd spurt of bullet-time. United Front has done a bang up job of making all this action easy to pick up and heaps of fun to play. 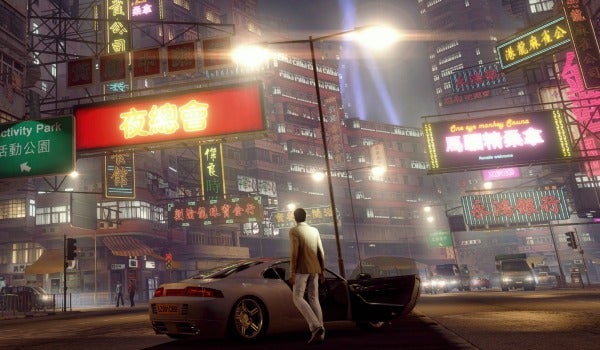 The game’s open world city of Hong Kong isn’t an exact replica of the real thing, but it captures the neon-encrusted majesty and sleaze of the place beautifully. Alongside story missions, the city is filled with activities, ranging from fight clubs, to gambling dens, to street races, to cock fights, to training at the local dojo.

Players can also bust up drug rings by driving rival gangs off their turf, hacking nearby cameras and having the local police arrest dealers when they arrive. They can even drop into a massage parlour for some R&R if they fancy.
Everything the player does feeds into a leveling system in which they can unlock new moves and abilities. There’s also a reputation system that’s based on how the player interacts with NPCs. 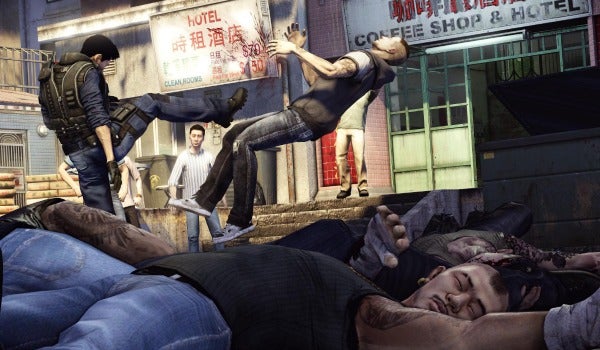 The story missions follow a basic GTA template – chases, gunfights, beatdowns and the like – but they’re all very well executed and Sleeping Dogs doesn’t run out of ideas before the end credits (even if a large portion of those ideas have been pilfered). Combat is particularly satisfying; beyond using martial arts combos to hammer foes, players can use items in their environment to execute pretty grisly finishers. Shoving a thug’s face into a wall fan or kicking them down an open elevator shaft never gets old.

In short, United Front’s aim to make players feel as though they’re starring in their own Hong Kong action film is incredibly well realised. It also doesn’t hurt that Sleeping Dogs has a pretty layered and interesting story at its heart, which, when you consider how many clichéd tropes the plot has, is pretty impressive. Sleeping Dogs follows Wei Shen, an American-raised Asian bruiser who returns to his native Hong Kong following a stint Stateside. He quickly meets up with his childhood pal, who happens to be in deep with the local Triad gangs and it’s not long before Wei is moving up the criminal organisation’s ranks. 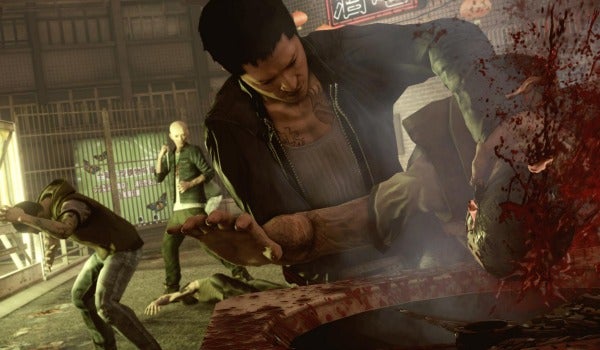 What his newfound underworld buddies don’t know is that Wei is an undercover cop and he’s been brought back to Hong Kong to bring down the Triad gangs from the inside. While this set-up sounds like vintage Ringo Lam or John Woo, United Front has taken the effort to make Sleeping Dogs a rather compelling yarn.

The deeper Wei becomes embedded in the Triads, the more he realizes that his newfound criminal brethren are more honourable than he first thought. The Triad thugs may be criminals, but the live by a code and watch one another’s backs. It’s only the fact that the higher-ups in Hong Kong’s underworld have begun ignoring these moral codes that has led to a war on the city’s streets. 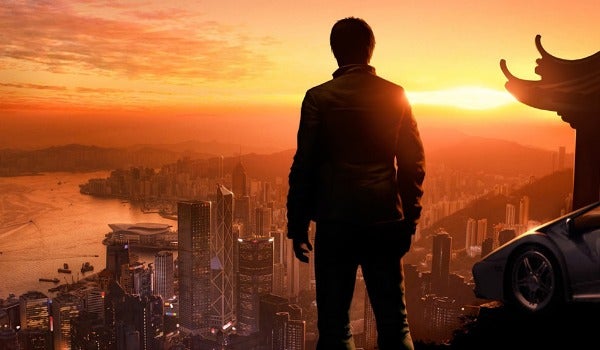 Conversely Wei’s police superiors are almost as shady as their Triad counterparts. Early on they show a willingness to break the law if it leads them their desired goals. Furthermore, since their assets have been stripped by the top brass, the local cops turn to Wei early on and ask him to solve a series of Triad crimes that their superiors can’t be bothered with. Every time the player thinks they have a fix on the narrative, United Front peel away another layer, revealing the game’s plot to be far more intriguing than one first imagined.

That having been said, one has to question the necessity of producing an new generation port of Sleeping Dogs. The visuals have had an HD scrub and the draw distance has been improved, but Sleeping Dogs looked and played just fine on the last generation consoles. The graphics are running at 1080p and 30 frames-per-second but once again, this game’s last gen graphics and framerates were never really deal-breakers. 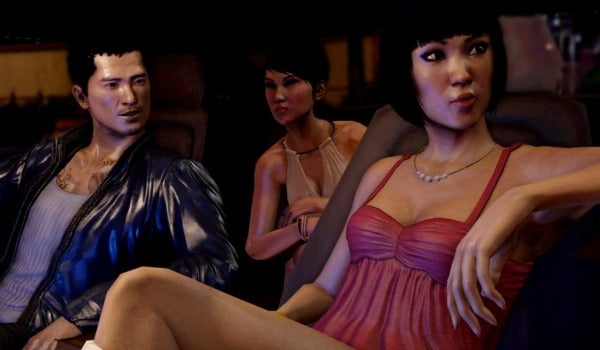 Sleeping Dogs: Definitive Edition comes loaded with all the DLC from the first game and they’re a decent addition to the overall package. Nightmare in North Point pits Wei against undead monsters after a ghost kidnaps his girlfriend – yes, seriously – Zodiac Tournament is a worthwhile homage to the Bruce Lee classic, Enter The Dragon, and Year Of The Snake puts Wei back on the streets as a cop. They’re fun to play through, certainly, but they lack the imagination so evident in the main game and they’re all brutally short.

Verdict
That having been said, if you own a new generation machine and you’ve never played Sleeping Dogs, the HD Definitive Edition is well worth picking up. It’s just not an essential purchase for any player who has already walked a mile in Wei Shen’s shoes. Everything that made Sleeping Dogs a memorable and fun open world game is present in its last generation counterpart – and right now, that’s a good deal cheaper at retail.