Where the Hub 2 does get into our good books is the setup. The self-configuration of fibre access is seamless and users simply plug in the router, wait for it to boot and connect to the wireless SSID using either the supplied security key or WPS.

Cynics would say such a basic router should be simple to setup and they’d be right, though we did find some areas of sloppiness such as the ‘connection fix’ screen that comes up when the Hub 2 can’t find an Internet connection. It offers three fixes, one of which involves an Openreach fibre modem that’s not applicable given it is now inbuilt and such misleading suggestions could send less tech savvy customers off on a wild goose chase. 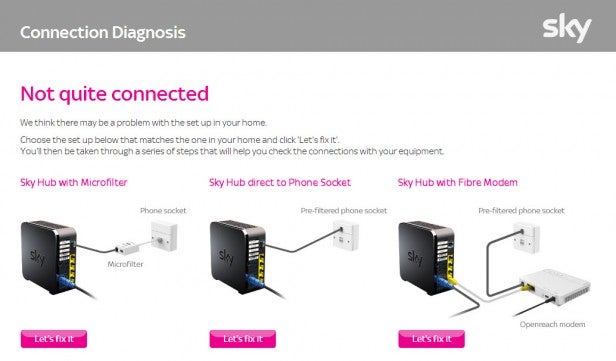 One further small niggle is the very short power cable. At just one metre it doesn’t give the user much flexibility for router placement and we’re used to seeing 2m or more as standard.

As for the Sky Wireless Booster, this worked well. Plug it into a socket, hold down its WPS button then that of the router and they pair. Helpfully, the Booster uses the same SSID and password as the Hub 2 so switching better them is seamless to the end user. 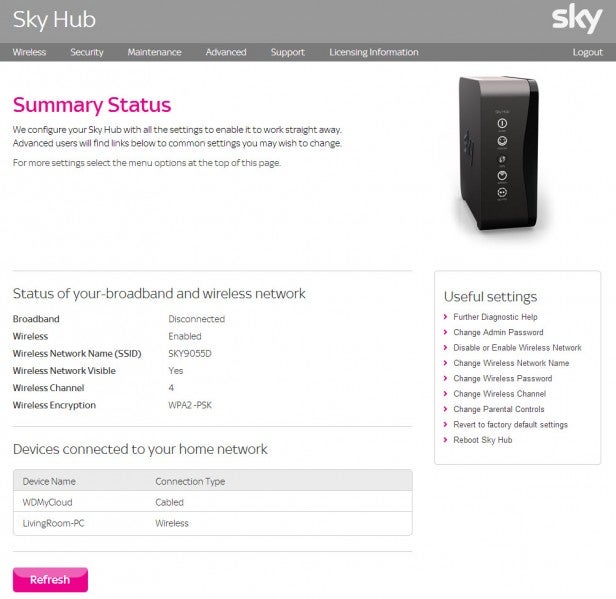 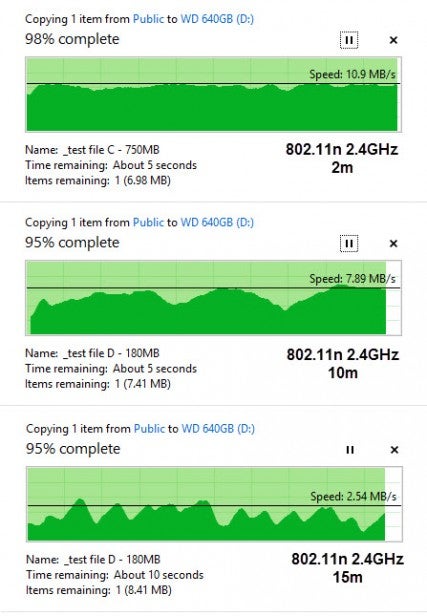 Curiously, Sky makes the bold claim on its website that the Hub 2 “offers unbeatable straight line WiFi range compared to the other three major ISPs’ routers”, but given the aged technology we found this simply is not (and never could be) true.

Yes, at 802.11n 2.4GHz the Hub 2 holds its own at 2m and 10m line of sight, but the BT Home Hub 5 and Virgin new Super Hub are nearly 50 per cent faster at 15m. More to the point, however, the Hub 2 is left standing by its rivals at the newer wireless standards with BT, EE and Virgin’s routers more than twice as fast using 802.11n 5GHz at every distance.

Still, for those customers seeking a basic wireless connection the Hub 2 does at least manage to obtainin excess of its 76Mbps broadband service speeds at close distance, though this quickly drops off with distance or when walls get in the way.

To an extent the Sky Wireless Booster improves things. Place it in an area where you still have reasonable signal and it will relay that signal further around the home, but it is still bottlenecked by whatever speed the Hub 2 has fallen to at the point the Booster picks up the signal. In one sense then W-iFi blackspots may disappear, but it is papering over the cracks. 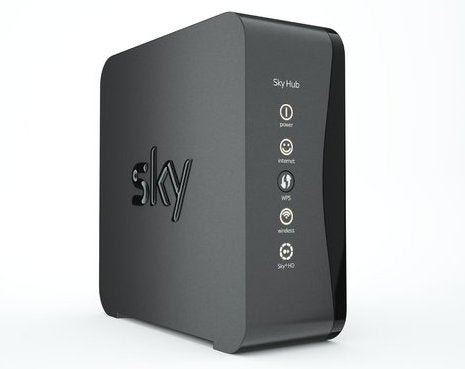 Should I buy the Sky Hub 2?

In many cases you won’t have to. Sky is supplying the Hub 2 free to all new fibre broadband customers as well as existing customers who sign a new long term broadband contract.

That said we’d strongly argue you should invest in a third-party alternative given the Hub 2’s feature and performance shortcomings — any from our top 10 best routers would do. Especially for customers who have paid for 76Mbit broadband and want to achieve that more than a few rooms away. Needless to say anyone mid-contract should not pay the £69.99 RRP.

And yet the Hub 2 is roughly twice as fast as the original Hub so why is the score no better? Quite simply because the improvement made to the Hub 2’s 802.11n 2.4GHz performance is insignificant compared to the leaps made by Virgin to 802.11n 5GHz and BT and EE to 802.11ac during the same time span. For a major ISP to be shipping customers a single band router lacking Gigabit Ethernet, USB and IPv6 support in 2014 is simply unacceptable and we dearly hope Sky will eventually up its game.

Everyone makes a bad product now and again, but to repeat nearly all the same flaws in a second generation device is very poor. The integration of a VDSL2 modem in the Hub 2 is welcome, but in virtually every other respect it is now further away from its major rivals in 2014 than the original Hub was to its rivals in 2012/2013. While bundling a wireless booster helps, in reality it is simply a sticking plaster that draws attention to the wound beneath. In a word: Avoid.

Next, see how the Sky Hub compared to the BT Home Hub 5