Hands-on with Sky’s first attempt at broaching the TV market. Sky Glass is an interesting idea that combines Sky’s strengths, but there are question marks over picture and its subscription model.

Sky has waded into the TV market with its first ever TV – Sky Glass – the British broadcaster’s attempt to unite content, vision and sound into one easy to understand streaming TV.

It’s a big gambit, but Sky isn’t known for taking small risks. This TV is a bet on the future, a future where streaming is the de facto way of watching your favourite films, shows and sports in one place.

So, what’s our initial take on Sky Glass? Read on for what we’ve gleaned about this new streaming set.

Sky Glass goes on sale October 18th, available directly from Sky. That means you won’t find it in Currys, and Sky is set to open a retail store where interested buyers can drop in and have a look.

There are two ways of purchasing the TV. It can be bought outright for £649 (small size), £849 (medium) and £1049 (large); or paid for in monthly amounts like a smartphone contract. Prices start as low as £13/month on a 48-month contract for the small size TV.

These monthly payments vary depending on the size of the TV and TV packages on offer. If you get the 43-inch (small) set with the Ultimate TV package that costs £39/month. You can read more about the packages here.

While the Sky Glass looks sleek head-on, from an angle its dimensions are rather chunky. There’s a reason for that of course, with its six integrated speakers. It’s not unlike the Panasonic JZ2000 with its integrated Atmos set-up.

That area can be customised with various magnetised attachments that stick on top, with Sky saying there will be special edition versions on the way.

On the right-hand side are two buttons, one for turning the TV’s microphones off and another for on/off power.

On top is a perforated grille to disperse sound from the upfiring speakers, while around the back is an integrated wall-mounting bracket. When it comes to installation, Sky says its engineers will do the brunt of the work, so all you’ll need to do is turn it on.

And it comes in a series of five striking colours to match your décor: black Anthracite, Ocean blue, Ceramic white, Racing green and Dusky pink.

The Sky Glass interface is like the one seen on Sky Q. It uses the rail system to scroll through content (side-to-side, up and down) with the top rail offering quick access to apps (Netflix, Spotify, etc). Scroll to the left and that takes you back to your most recent apps and channels.

The next rail is divided into sections such as TV Shows, Movies, Sport and Kids. Within those sections you can browse further to find content aggregated from Sky and the range of apps and subscriptions on the Glass platform.

Flicking through the various sections is friction free for the most part. Though despite Sky Glass featuring a quad-core AmLogic ARM A55 processor to keep things moving, there were moments where the interface wasn’t always the speediest.

Sky Glass also features built-in voice control, though you won’t find Amazon Alexa or Google Assistant but Sky’s own solution. Say ‘Hello Sky’ followed by a command and you’re able to search across channels and apps, including BBC iPlayer, All 5 and Disney+.

You can also navigate, search, turn the volume up or mute the TV among other commands, just like you would do on a Q box, either by talking to the TV via its far-field microphones or through the near-field mic placed in the remote. The remote itself is a neat affair, matching the colour of the set and similar enough to the existing Sky Q remote that it won’t be a massive change, as well as being lightweight with buttons clearly signposted.

Playlist is the feature that will debut on the Glass TVs first. Think of it as your shortlist or ‘cloud DVR’ (although there’s no actual recording). It’s the content you watch in one place whether it’s on-demand or from an app; a personal log of the TV series, sports and movies you enjoy.

There are no individual profiles to tailor content to each person in a household, so Playlist gets past this by updating six times a day. It’ll refresh the content so not only will the shows and films that surface change, but, if a child watches content regularly in the morning and a parent who watches at night, it’ll reflect those times of day in programming it serves up.

And if you add a TV series to Playlist it’ll collate all the seasons, regardless of whether it’s spread over multiple apps. So instead of finding the content yourself, Sky Glass knits it all together. That said, you’ll still need a subscription to various services for that to work.

There’s also accessibility features such as a High Contrast interface, Audio description, Highlighting content in the TV Guide and the aforementioned voice control for those with poorer eyesight.

Looking at the TV’s specs there’s no advanced gaming features such as Auto Low Latency Mode (ALLM) or Variable Refresh Rate (VRR). There’s no information on a game mode but we’ve asked Sky for confirmation.

There are just three HDMI inputs, but they all support the v2.1 spec with HDMI 2 supporting eARC – that’ll help in passing high quality audio (such as Dolby Atmos) over to an eARC-toting soundbar. Given the Glass has a built-in Atmos sound system, you’ll have to weigh up the additional cost of purchasing an external sound system.

Other connections amount to USB-C, Ethernet and a DTT DVB-T/T2 aerial in case your internet goes down. It offers basic Freeview and is only provided as a back-up. Wireless options include Bluetooth 5.0 and Wi-Fi 6 connectivity.

Just above the stand is a motion detector that wakes the set from standby when it senses motion. If it doesn’t sense motion for around six minutes, the TV retreats into standby. And there’s also a built-in light sensor so the screen can adjust its brightness depending on how much ambient light is in a room, conserving power when it needs to.

In terms of apps, it’s the usual offering from Sky, so there’s not as much as you’d find on LG’s webOS, Samsung’s Tizen and nowhere near the amount of Android/Google TV. However, you’re more likely to use the cache of apps on the Glass platform than the cast of thousands on others, though Sky is missing the likes of Apple TV, Tidal and Rakuten TV.

If you purchase a Sky Stream puck (£10/m), you can transfer the Glass interface to another screen in the house. While it works independently of the TV, it can’t be bought separately (which would open up Sky to wider appeal). It also uses up around 10Mbit/s bandwidth of your internet connection, so those with low broadband speeds may want to give that some consideration.

If there’s an aspect of the Sky Glass experience I’m not completely sold on, it’s the picture quality. Using a Quantum Dot panel, I was shown a brief clip of the Britannia TV show and black levels held up fairly well though the content didn’t lend itself to much visual pop.

I also saw a clip from Mad Max: Fury Road, presumably in 4K HDR (Sky Glass supports HLG, HDR10 and Dolby Vision), and there wasn’t as much punch or vividness to the orange sand I expected.

Fine detail and shadow detail (detail in the darkest parts) looked fine, and Sky mentions “Intelligent Zonal Technology” that works like a local dimming system to produce deeper blacks and perk up the brighter parts of the image for more contrast, but this didn’t feel too evident with clips shown. It was more naturalistic in its presentation.

The audio system was more impressive, though like any TV with a built-in system, it depends on the content you watch. Inside the unit are six speakers: two upfiring, three that fire out with a woofer to take care of the low frequencies.

Showing a clip of the F1 race at Silverstone, the Sky Glass produced a dynamic presentation, creating a sound taller and wider than its frame; as well as being impressively lifelike, creating an exciting sense of flow that matched the quick-fire images.

Part of this aspect of the sound performance is tuned by the Auto-Enhance feature, which figures out what you’re watching and optimises both picture and sound, not unlike the optimisation modes the Sky SoundBox featured.

For those who find the TV buying experience confusing Sky aims to distil the TV experience into a simple form, so if you’re flummoxed by model names, features and trying to find your favourite content, Sky Glass may hold interest for you.

If you’re after outright performance The Sky Glass’ picture performance seemed on-par with a mid-range 4K set and we’d still recommend that for best audio performance that a standalone sound system would give the most performance.

In terms of simplifying the whole experience of a TV, there’s plenty to admire about Sky’s approach.

However, the TV doesn’t feel like a set that would appeal to those after the best picture and sound, and the subscription model is interesting but can easily lead to rising costs.

There are still plenty of questions, and a number of them will only be answered in the fullness of time. For now, Sky Glass feels like a TV primarily made for families, and in that sense Glass looks like it could deliver on its goal of unifying content, picture and sound for those after a streamlined, fuss-free experience. 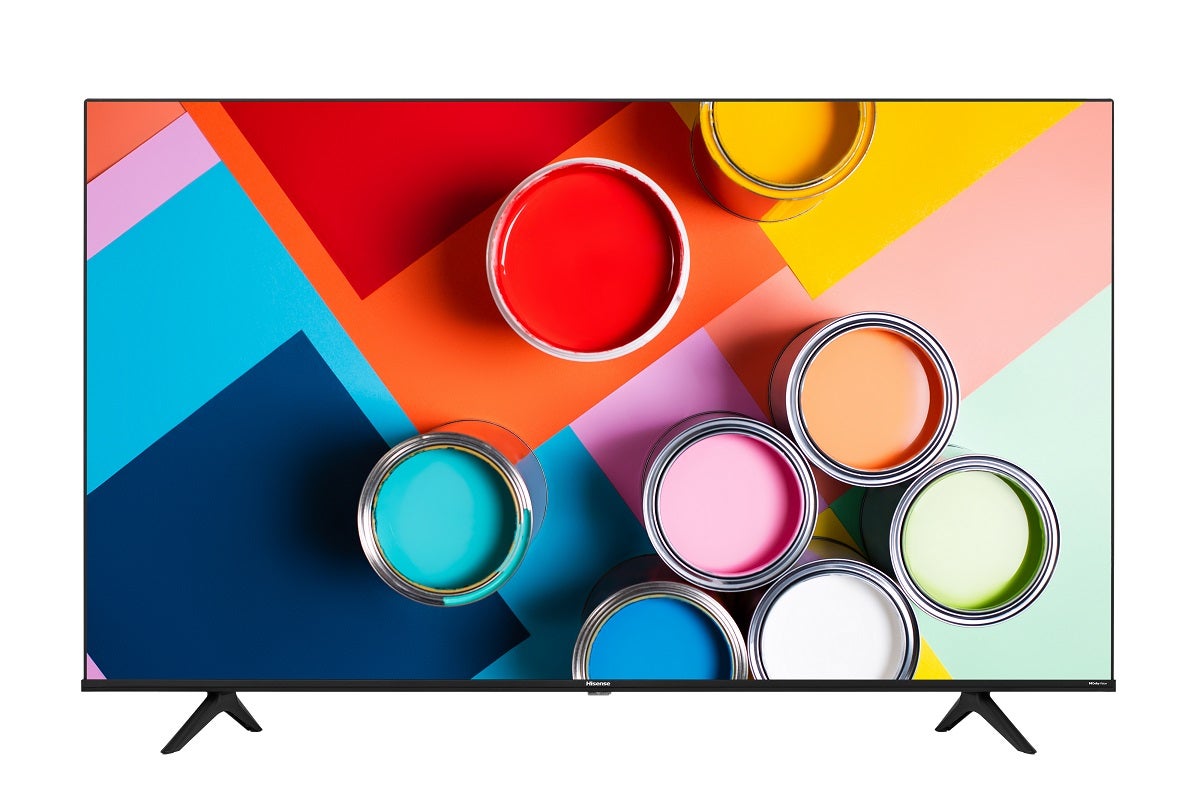 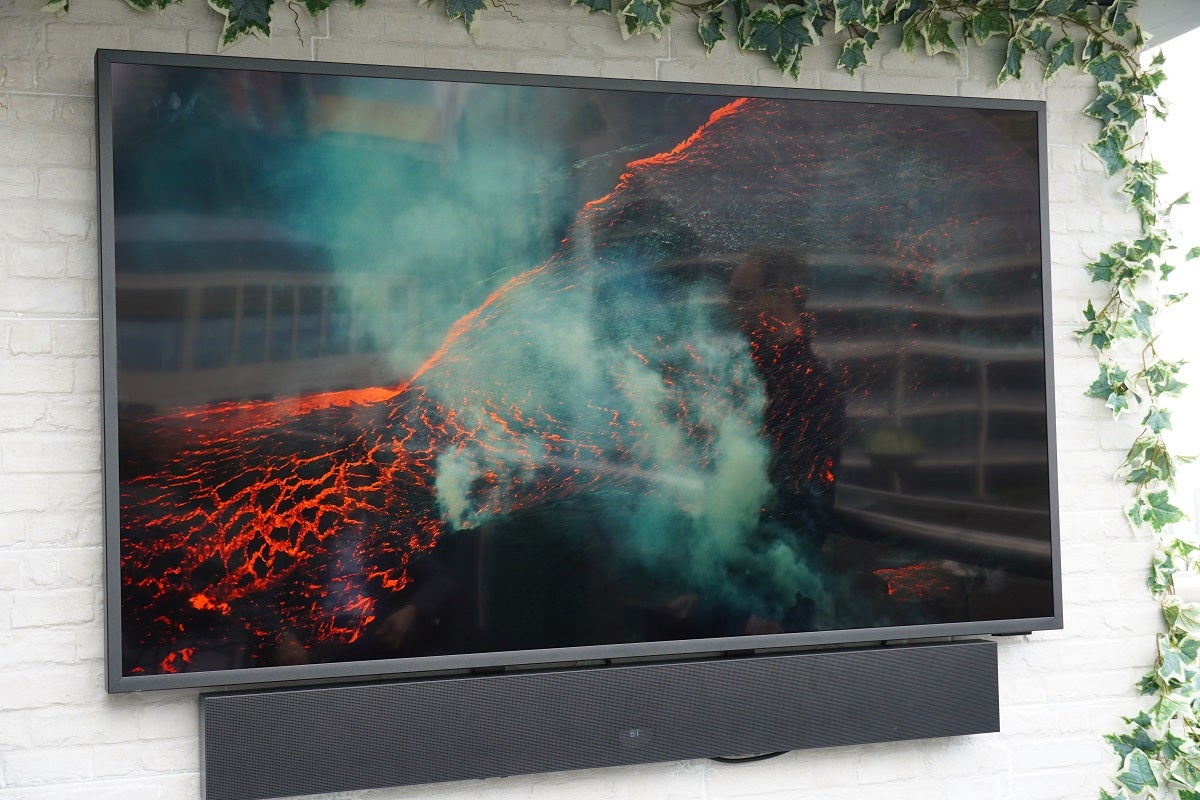 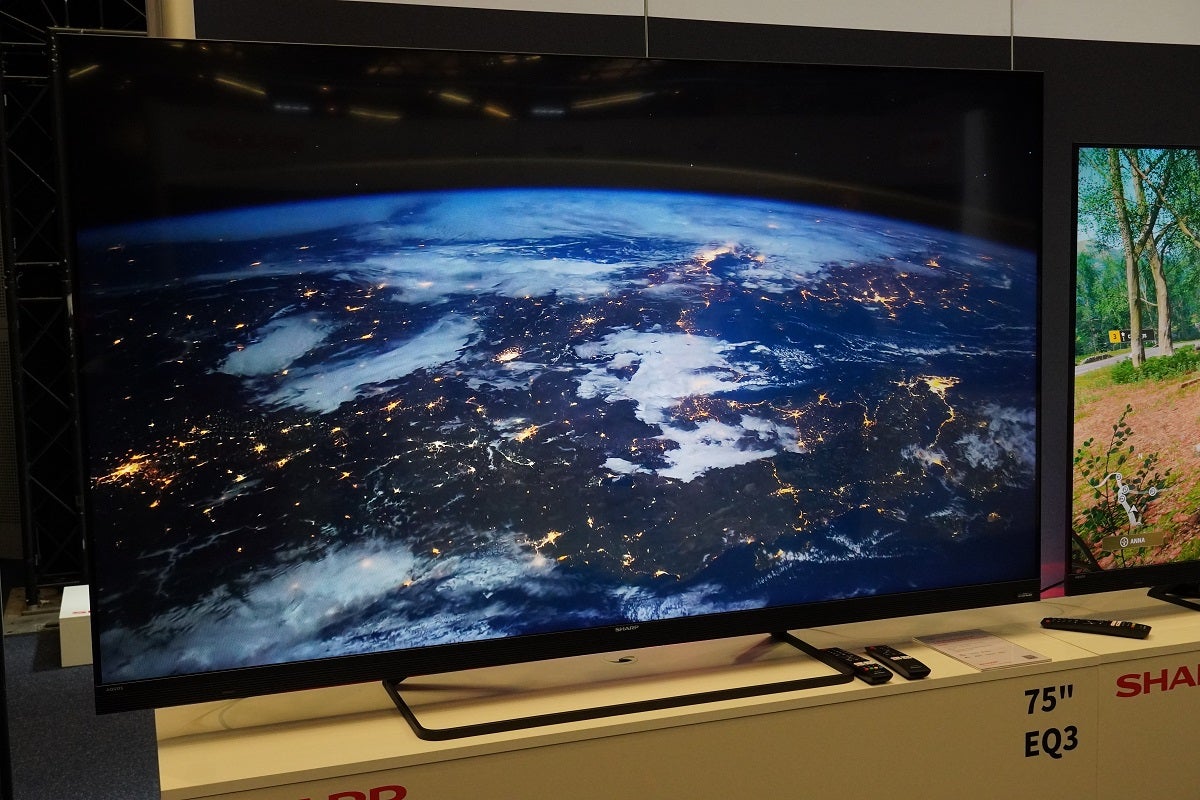 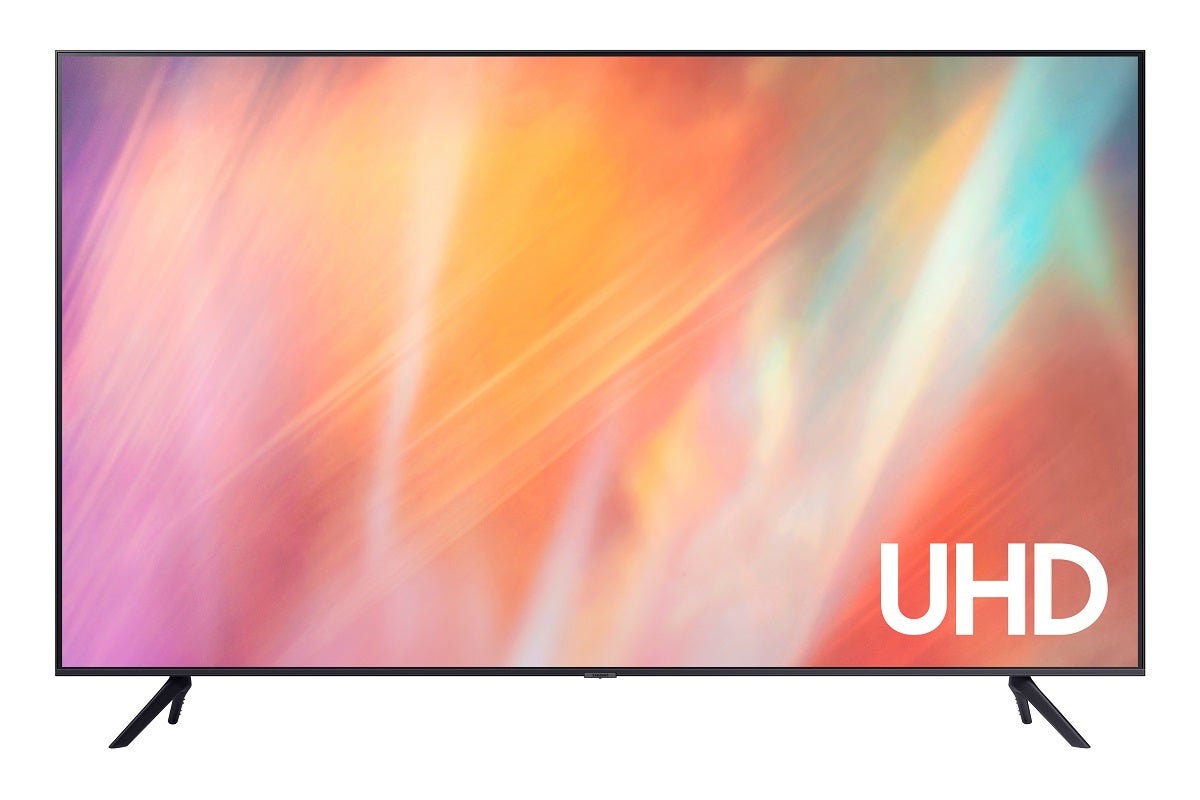 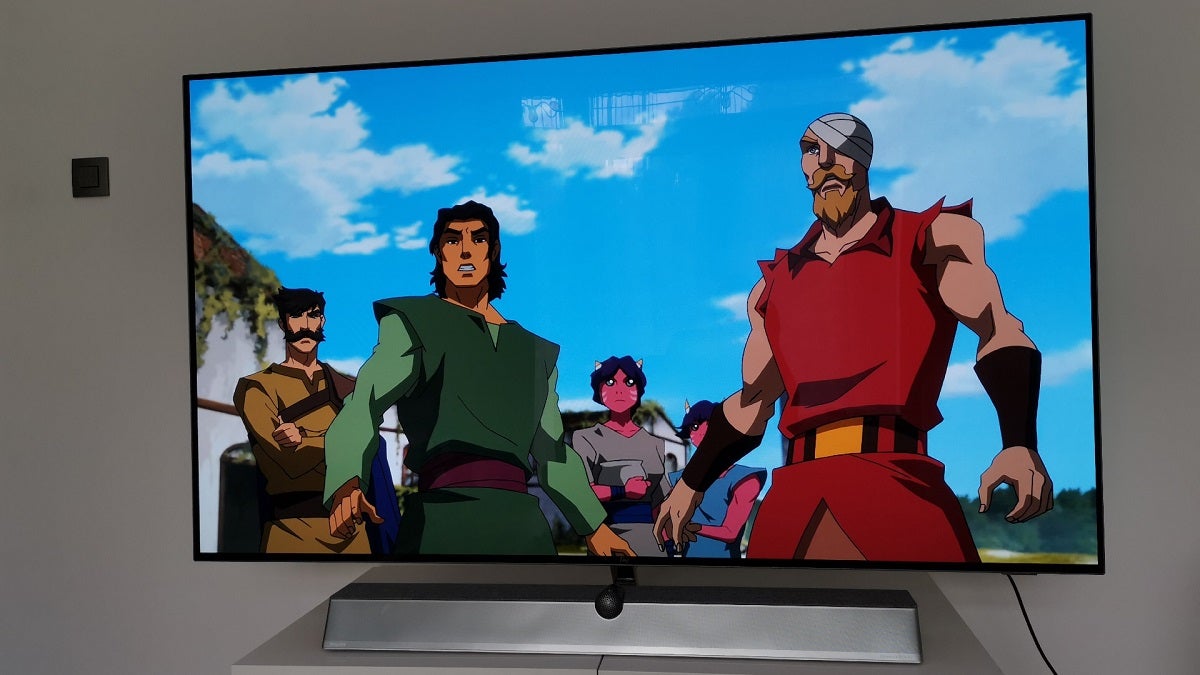 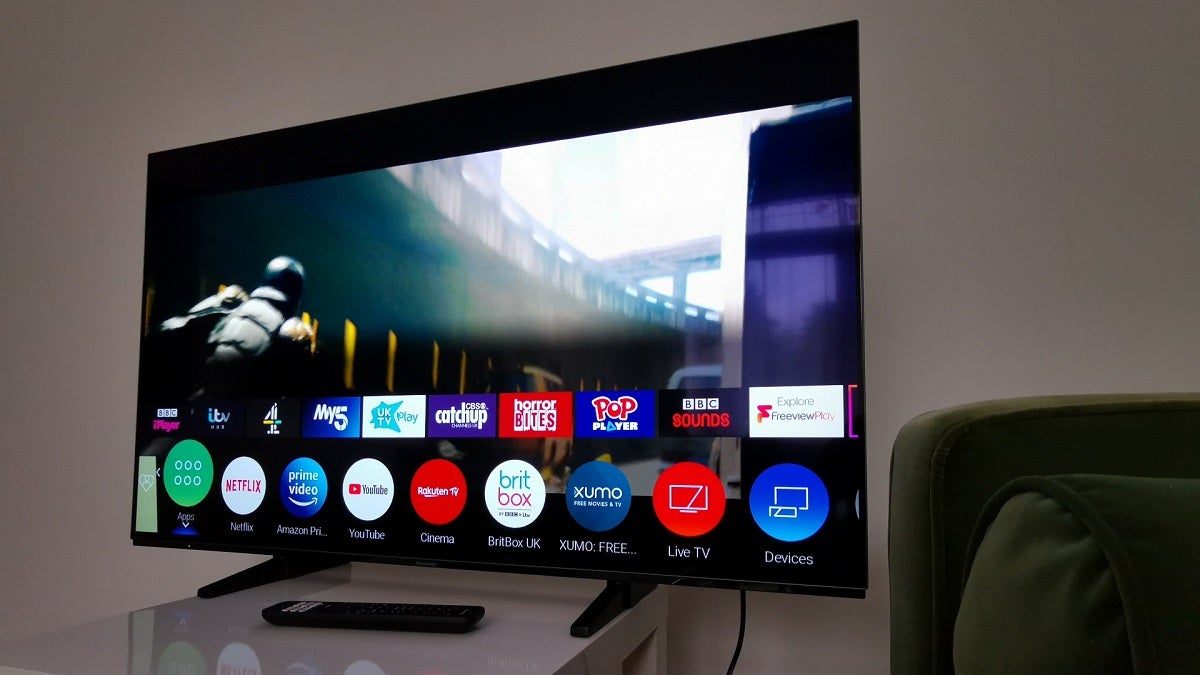 How much does Sky Glass cost?

Yes, it does, which means the apps that support the HDR format will be presented in it too, such as Netflix and Disney+

How much does the Sky Stream puck cost?