Exclusive to iOS
There’s always one thing that lets down almost every platformer that makes its way to smartphones: virtual controls.

Mapping a D-Pad and a couple of action buttons on the screen all too often means the action is obscured by your clumsy fingers and thumbs. There have, of course, been better attempts at this than others – Sega’s efforts to bring its original 16-bit Sonic games to iOS are more than noteworthy – but fresh games make a habit of making one too many compromises.

What you want is a platformer that pays more heed to its chosen format – that makes the touchscreen an asset rather than a hindrance. What you need, in truth, is more games like Skullduggery, 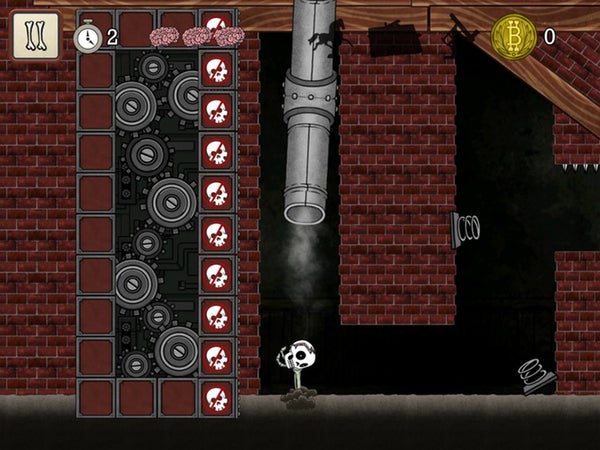 ClutchPlay’s attempt at putting the smart back in the smartphone platformer sees you take charge of a lone scull, flinging it through level after level in what plays out as an entertaining and especially long-form physics test. As such, comparisons to Rovio’s Angry Birds are not without merit – the control method is most definitely in the same ball park.

Using your finger to pull back on the screen causes the game to line up your shot, with a dotted line drawing out just where your head will, ahem, head. Letting go then causes your skull to fly through the air, though success in Skullduggery is less about lining up the perfect shot a la Angry Birds and more about choosing the most effective route at pace. 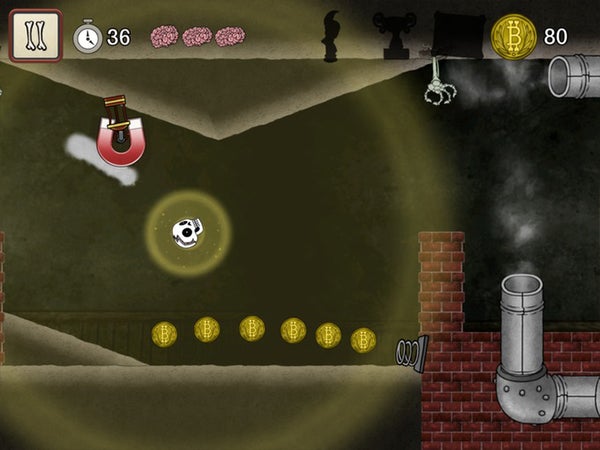 Indeed, many of the levels play out much like a pinball table, and your job is to make best use of the environment to ping your cranium to glory. There are lots of elements to help you on your way: level architecture includes platformer staples like springs to send you bouncing around each stage, as well as rogue arms sticking up from the ground that catch you and aid you to reach new heights.

It’s making best use of the environment at hand and utilising all tools on offer to fly through the stages with speed that is Skullduggery’s signature, though there are trinkets aplenty to pick up if you take your time when it’s afforded. Taking out skeletons with a head shot, for instance, releases their brain which – somewhat gruesomely – acts as an extra life if you acquire it in time. There are also gems and trophies on offer if you smash up the scores of boxes that often block your path, as well as lanterns that can, with repeated hits, set fire to the stage (as well as your head) and clear the way for you. 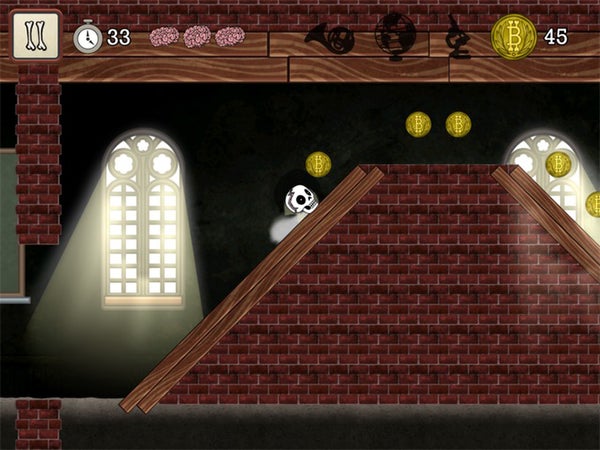 Perhaps most exciting is when the walls that surround you become your enemies, closing in on you in true Indiana Jones style and forcing you to make sharper decisions in even less time. The thrill that comes with putting together a succession of successful darts across the screen – often squeezing through the narrowest of gaps in the process – cannot be underestimated an ultimately serves as Skullduggery’s high point.

Equally impressive is the fact that, despite there being no running and jumping involved, the process of flinging your way through each stage is one that stands up throughout. As odd as it sounds, you quickly forget that Skullduggery’s lead has no arms or legs, or any other distinguishing features of note. Skullduggery’s main selling point soon becomes reassuringly unremarkable.

As with any platformer, however, there’s a question as to just how long the game can remain fresh. The game’s four main worlds – each comprising of multiple mini-stages – certainly offer a wide array of variety, but there’s a question as to whether more could be made of the game’s plot (which really isn’t detailed in play at all) to keep you on board. The feeling that once you’ve a few levels in you’ve probably seen the majority of tricks Skullduggery has to offer is an undeniable one. 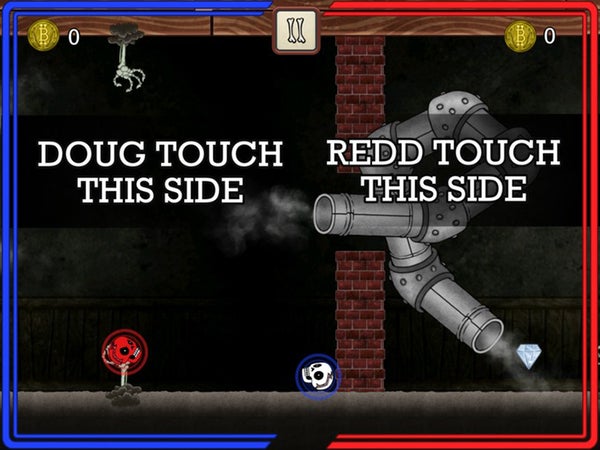 Adding a bit of extra life is the multiplayer mode which, best played out on a tablet, splits the screen in half and tasks with you taking on a rival in real life and flinging your skull through each stage at a faster pace than your friend. The desire to spend most of your time simply taking pot shots at your rival rather than progressing through the stage is understandable.

However, even if you only ever take on the single player mode, Skullduggery has enough on offer to warrant turning a head or two, even if it lacks the spine to see things through later on.

Verdict
An inventive take on the smartphone platformer, Skullduggery is the perfect example of a mobile adventure that turns touchscreen controls into an asset rather than a liability, though questions as to how long play will be able to keep you engaged are not without merit.