What are the Skullcandy Grind?

The Skullcandy Grind are one-ear headphones whose price of just £40 puts them firmly in the cheap headphones category. But don’t let that – or Skullycandy’s typically colourful design – put you off. While the Grind will still turn heads for their looks, it’s the sound quality that has shocked us, in a really good way. 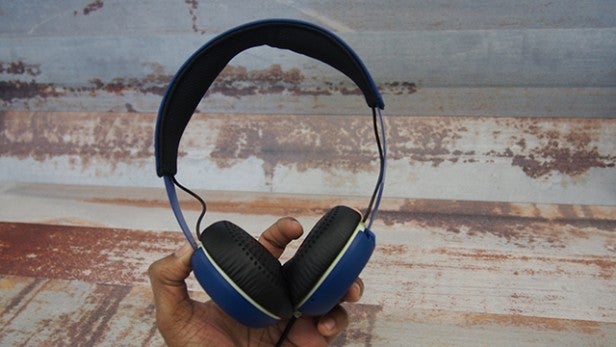 Skullycandy doesn’t do boring headphones. It loves the bold approach. These on-ears come in black, white and blue options with additional colours on the way – including a gold version. Somewhat surprisingly the dark blue or “Ill Famed Royal” ones we tried were not actually as brash as we’d anticipated. They are still colourful, but the hue is quite subdued in comparison to the other colours available and should help give them appeal beyond the usual more youthful audience.

We also fully expected the Grinds to feel tacky and horrible but they’re actually well constructed for a £40 pair of headphones. The soft, matte finish on the earcups feels nice to touch, the adjustable headband sliders are made from metal instead of plastic and there’s even real stitching on the top of the headband. These are the kind of things you’d expect to find on more expensive headphones and it’s surprising to find such great build quality on a pair of Skullcandy headphones.

The biggest issue Skullcandy is trying to address with its latest headphones is the microphone positioning. It’s moved the built-in mic from the removable tangle-free cable to inside the left earcup. So if you like to have your headphone cable dangling underneath your shirt, this should make it easier to make calls. 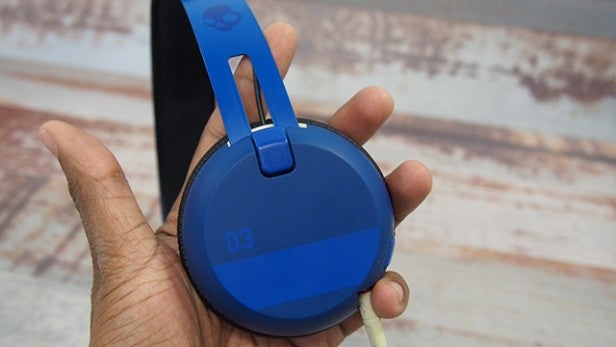 To activate the mic, there’s a single button just above the port for the headphone cable and this is Skullcandy’s TapTech feature. It controls when the mic needs to be used and can also control music playback. A series of taps can skip tracks back or forward as well as play and pause. It’s sounds like a simple feature to use, but it can be fiddly to get used to, especially when you’re listening to music on a run and need to quickly change tracks.

The Grinds are comfortable too. Possibly some of the most comfortable headphones we’ve tried. The combination of a light frame and the soft, accommodating ear pads make them ideal for wearing on the train, at your desk at work or hanging them around your neck. We tried them in the gym as well, and while there’s some initial moving around, they do stay put and don’t get too sticky after a workout.

One of the nicest touches though is the soft mesh material on the headband’s interior. While most headphones apply this evenly across the headband, Skullycandy reduces the thickness in the middle to combat fatigue on the part of the head that can suffer most. As a result, you can wear these for long periods without fear of severe discomfort. 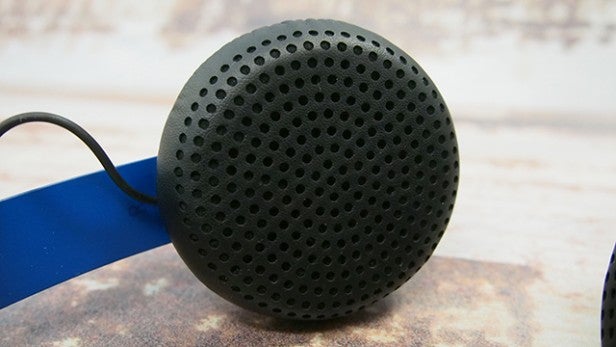 Based on previous experiences with Skullcandy headphones, we didn’t have high hopes for the Grinds. It’s always felt like style over substance, but that couldn’t be further from truth here. These sound fantastic for £40 headphones.

Powered by custom REX40TM drivers, there’s none of the usual tendency to over-emphasise bass. Yes, It’s still the most predominant characteristic, but this is a pair of headphones with a balanced sound that keeps its stability even at top volume.

While it lacks the finesse and warmth you get on more expensive headphones, you still get something that’s well-rounded and should cater for music tastes. For more up-tempo music, you get the power and bass without sacrificing the treble and mid-range performance. For vocals and instruments, you still get a satisfying amount of natural detail. Even taking voice calls from the built-in mic delivers decent clarity.

Noise isolation, perhaps unsurprisingly, is one of its limitations. If you crank it up to drown out your fellow commuters there’s some inevitable noise leakage. It’s definitely not the worst offenders though. 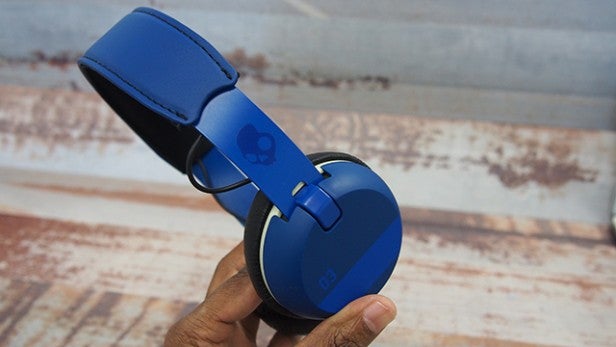 Should I buy the Skullcandy Grind?

For the price, the Skullcandy Grind on-ears are some of the best-sounding headphones we’ve tried. But it’s not just the vastly improved sound quality we approve of. The streamlined design and build quality is surprisingly good and they are supremely comfortable to wear. Any negatives – such as the fiddly tap tech controls – are outweighed by the Grind’s many positives.

You’d be hard pressed to find a £40 pair of on-ear headphones that can compete with what the Grind can offer. The more compact AKG Y50 offer a similarly punchy design and sound combination but are more expensive at £69. The slightly older AKG K451 on-ears, which you can pick for around £50, also deliver a more serious look and a fun bassy sound.

Bottom line, if you have a £50 budget, this is your best option right now.

The Skullcandy Grind on-ear headphones are cheap, but they look the part and sound fantastic as well.