Fashion headphones with celebrity backing seem to be the new hotness. The trend was, of course, started by Skullcandy with the  Snoop Dogg Skullcrushers back in 2008, while more recently Monster’s Lady GaGa-branded Heartbeats earphones brought the trend to a very different audience. Latest on the bandwagon are the Skullcandy Aviator headphones – in this case teaming with Jay Z via his company, Roc Nation. Far be it for us to suggest that Jay-Z’s involvement with the Aviator’s is tangential at best, but we certainly can’t come up with a good reason to think otherwise. 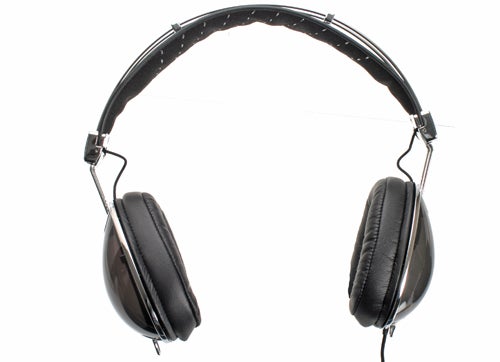 The first thing you’re likely to notice about the Aviators is their high price – over £160. That’s intimidating enough, but given these headphones are around $150 in the US, it’s also slightly rude to those of us in the UK. This puts them not only in the region of the Monster Beats, but perhaps more pertinently up against intimidating competition such as the Sennheiser HD598, Audio Technica ATA-A700 and Grado SR125 headphones – audiophile-grade competition, in other words.

That’s a problem for the Aviators right from the off, as Skullcandy doesn’t exactly have a reputation for making audio quality the foremost of its considerations – aesthetics are generally the defining factor of a Skullcandy product. On that front the impression the Aviators make will be a matter of taste – arguably whether you have any or not. It’s not that they look especially bad, but rather that some aspects of the design are a little, well, strange.


Take the semi-translucent black plastic covers on the back of each earpiece. Ostensibly these give you an interesting look at the inner workings of the Skullcandy Aviators, but actually they’re so tinted that in most situations you can barely see through them – plus, there’s hardly anything to see inside anyway. We’re also not fans of the way the rails on which the earpieces’ position is adjusted – letting them fit on just about any size of head – stuck out of the bottom of the cups – it looks cheap. 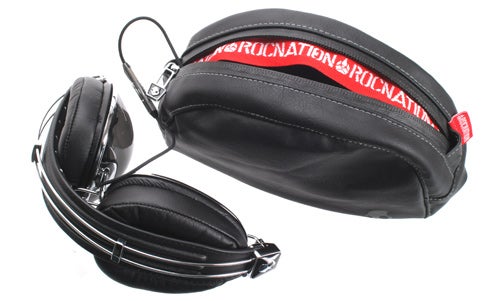 Also cheap is the in-line remote, which as well as being placed too high up the cabling for our taste, is made of some horrendously cheap-feeling plastic. As well as failing to live up to the expectation that a £160-plus price tag inevitably sets up, this remote also fails to impress with its buttons – especially the play/pause control, which has almost no feedback to its action.


One positive comes courtesy the reasonably stylish and well made carry case that is included. Fold the phones into themselves and pack them into this zipped case and you have a relatively compact bundle for easy transportation. However, considering the very point of this type of headphone is that they’re going to spend most of their lives slung round your neck, this is a meagre consolation.

It’s not all bad news, however. We like the braided cables, as the covering not only adds a little durability, but also reduces their proneness to getting irrecoverably tangled. The covering on the earpads and headband may be plastic faux-leather, which isn’t quite as pleasant to the touch as the real deal, but there is plenty of padding. If you don’t have overly large ears, the cups fit entirely around your ears, giving the Aviators a very comfortable fit – something that some of the aforementioned competitors don’t necessarily offer. However, despite being closed back earphones there’s almost no noise isolation, which is a little disappointing. Thankfully the largely metal construction for the main headband and earcups mounts means the phones overall feel well suited to a life on the road. 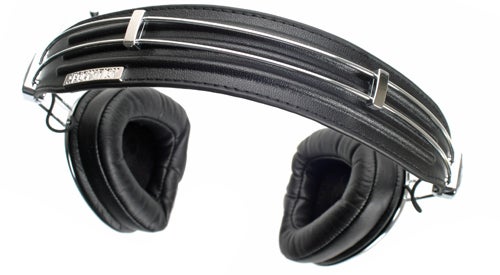 On the audio front the results will probably strike you as good if you’re coming from the fashion headphone world, but compared to similarly-priced products from (arguably) less style-conscious manufacturers the Aviators simply don’t cut it. The low end has a decent kick and the mid-range offers reasonable clarity, but the high end definitely lacks detail. And the more complicated the music gets the more closeted the soundstage becomes, such that vocals lose definition, and instruments become a crowded mess.

Throw some fairly simple hip-hop at the Aviators and they sound okay – there’s little enough going on in a track such as Jay-Z’s Empire State of Mind or Run This Town that the thumping bass line underscores the verse without overwhelming it. Uncomplicated rock tracks – The Strokes’ Machu Picchu, for example – aren’t too disappointing either. Even so, you’d have to have a very limited experience of other headphones to think that the Aviators are doing a particularly great job – it might sound good, but the like of the Sennheiser HD598s sound leagues better. 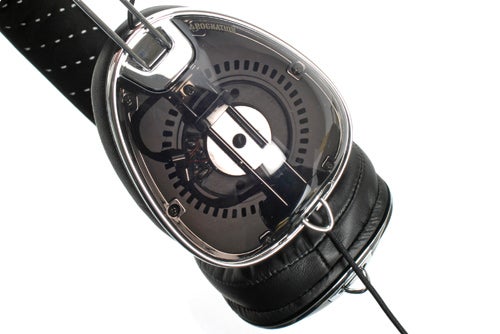 This gap only widens if you listen to tracks with more to them than just a rapper and a drum machine. To say that the Aviator’s failed to do justice to a rendition of Beethoven’s 9th would be akin to describing Bernie Madoff as ‘a bit of a con man’ – true, but far from the whole story. Listen to the same orchestration through a pair of Grado SR125s and you’ll be picking out not just individual instruments, but where the musician playing them was standing relative to the microphone; conversely, the Aviator’s make it hard to even tell the difference between a violin and a cello – the bare minimum level of audio fidelity we expect at this price point.


The Skullcandy Aviator headphones come with endorsement by Jay-Z’s Roc Nation, and that’s as close to musical greatness as they get. Although we can accept their styling could be appealing to some, the audio quality falls far short of our expectations at this price point. Cheaper alternatives from Grado, AKG, Audio Technica or Sennheiser will serve you better.