Unfortunately, the sheer complexity of SimCity also has some negative effects. The game occasionally makes some bizarre decisions at times when it comes to traffic management, creating bottlenecks where there really shouldn’t be any bottlenecks. Build ample fire-stations for your burgeoning city, and you’ll still find cases where every engine reports to one burning household, leaving the factory on the waterfront to go up in smoke. Likewise, you’ll also find one store going out of business while its neighbour reports vast profits – all for reasons that you can’t begin to grasp.

The biggest problems with SimCity, however, come as a result of the online-focused nature of the game. And we’re not just talking about server connection troubles here, either. While it’s infuriating to have to wait while space frees up on your chosen server, the situation is becoming less common and Maxis will probably get it fixed in time. 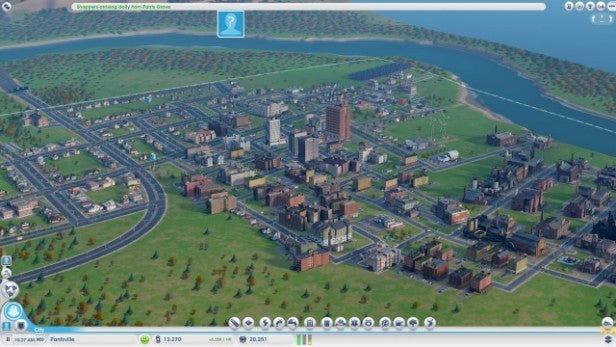 No, the bigger long-term issue is that SimCity is clearly designed to be played as one of a group, with three, four or up to sixteen players sharing a region and co-operating between cities. In many ways this is an ingenious idea. You don’t all have to be online at the same time, and you don’t need to build every facility yourself either. It’s possible to buy energy or rent rubbish disposal services from a neighbour, and in return you can make cash by providing health or education services to them. Highways and mid-distance, mass transit services keep a stream of Sims moving from place to work, live and spend their hard-earned money, and you can request cooperation on a Facebook-style wall.

However, there are knock-on effects. For one thing, it can leave you at the mercy of other players, and if you want to play solo, then you really need to think about running two or more cities at once, ensuring a spread of services, workers and tourists between them. For another, cramming more than one player onto the region maps means that your cities have to be constrained to a relatively compact area, restricting each city’s room to grow. 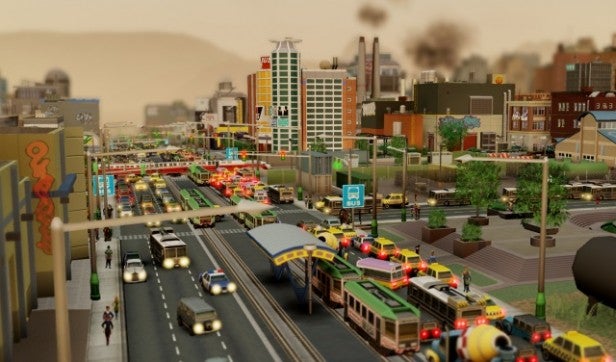 This isn’t necessarily a disaster. Success in SimCity isn’t really about spreading your city over a wide area, but about carefully planning the layout so that you achieve a higher population density, giving you a mix of high-income individual housing, apartment blocks and high-rises. Heavy industry causes pollution, which makes it sensible to zone it away from your residential and commercial districts, but there are ways of cleaning up your town’s industrial footprint through the adoption of more high-tech industries.

All the same, after a few hours you’ll always find yourself running out of space, frantically having to re-zone areas, demolish buildings or upgrade roads and avenues in order to fix problems or just buy a little breathing space. This can make the game feel less fun, and more like a struggle. As we said, the problems aren’t insurmountable, and we’re still finding solutions that work, but you still can’t help feeling that this isn’t so much the result of a decision based on making a great experience for each and every player, as one based on the needs of multiplayer online play. Some players will find that galling. 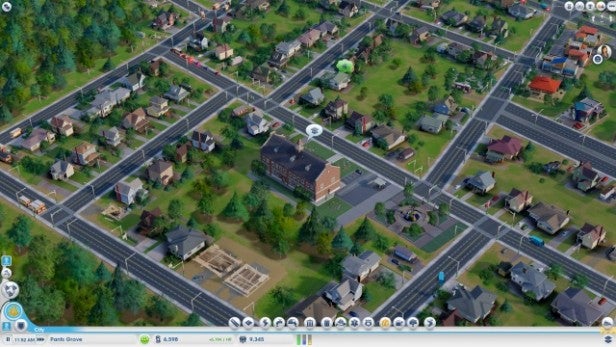 In fact, this might be the single biggest factor in how you feel about the new SimCity. Personally, we love it: it’s one of the most absorbing and ruthlessly effective time-sinks we’ve ever come across. However, some players will bridle at the limitations and curse Maxis and EA for compromising the single-player game. These players won’t be entirely wrong either.

SimCity is a great addition to the Sims portfolio that balances accessibility with rich detail, pace and sheer entertainment. Unfortunately though, SimCity is also constrained by its unyielding focus on online multiplayer; limiting the amount of space available and making it difficult to play solo and build just one city. Taking everything into consideration, we still think it’s an excellent game, and one that can be improved through future updates and expansions. It’s just a shame that a difficult launch and some serious reservations tarnish what could have been a triumphant return.