There are three basic problems with watching 3D video at home. First, active shutter Full HD 3D technology causes the image to look dim and sometimes flickery. Second, normal TVs don’t deliver enough raw image size to allow a 3D image to dominate your field of vision like it needs to if it’s to be truly immersive. And third, many, many active 3D displays suffer with crosstalk – a double ghosting artifact that can really take you out of the 3D world – as well as reducing the sense of clarity from the HD image.

All of which perfectly explains why we just love Sim2 3D projectors. For essentially the Sim2 Lumis 3D-S and Nero 3D-1 models we’ve tested so far have no truck whatsoever with any of these three annoyances. The Lumis 3D-S, in particular, creates an experience that really does make actually going out to the cinema redundant (unless you have a fetish for those weirdly addictive plasticky frankfurter things most cinemas serve).

Not surprisingly, then, we’re pretty pumped to be spending quality time with the latest Sim2 3D model, the Nero 3D-2 – especially as it’s a step up from the already seriously tasty 3D-1. 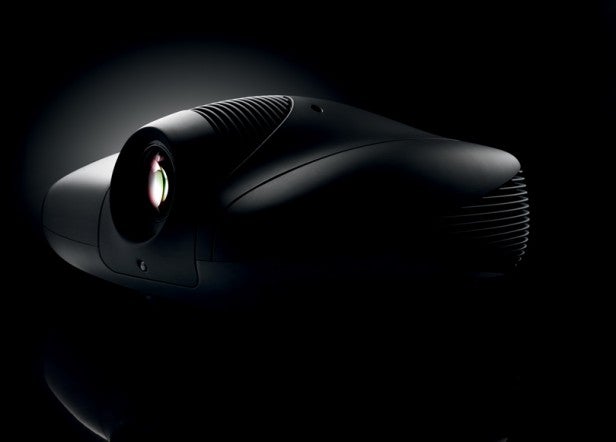 We’ll get to what the step up means in feature terms in a moment. But first, since this is a Sim2 projector, we can’t help but salivate over its looks for a minute. With a sleek black finish, gorgeous combination of curves and rises, and remarkably compact footprint for such a powerful machine, it really is a glorious piece of eye candy.

Its connectivity is more mundane – at least to the extent that there are still only the typical two HDMIs and single component video input you would expect to get on even a really cheap projector. However, there are signs of the Nero 3D-2’s high-end position in its RS-232 port, USB input, and three 12V trigger jacks, all of which should prove handy for the sort of custom installer who’ll almost certainly be setting your Nero 3D-2 up for you.

This installer will also likely appreciate the availability of three different throw-distance lens options for both Sim2’s Nero models.

The Nero 3D-2  also comes ready, willing and able to be professionally calibrated to within an inch of its life using the same Live Colours system found on the award-winning £30k Lumis 3D-S.

It’s as we look deeper into the projector’s specification that we uncover what distinguishes this model from the cheaper Nero 1 and the compromise-free Lumis 3D-S.

First of all, the Nero 2 is a single-chip DLP model, unlike the three-chip Lumis 3D-S. This in itself instantly explains a huge chunk of the hefty step down in price from the £30k Lumis.

Only having a single-chip system also means the Nero models can’t quite deliver the full ‘triple flash’ technology used by the Lumis 3D-S to deliver the ultimate in stable, natural and crosstalk-free 3D pictures. Instead, the Nero series works at a 120Hz 3D refresh rate – which works out in effect to be ‘2.5 flash’. But even so we hardly spotted a trace of crosstalk on the Nero 3D-1, so there’s no reason why we should see any more on the Nero 3D-2. 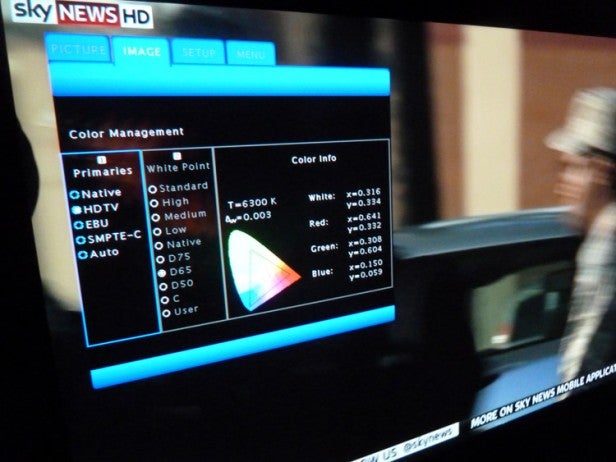 The other big difference is that the Nero 3D-2 carries a dimmable iris/DynamicBlack system, enabling it to deliver a higher contrast ratio of 30,000:1. It’s worth adding, moreover, that since this is DLP technology, the quoted contrast ratio figure is likely to be much more ‘real world’ than the often higher but fanciful figures quotes with LCD models.

Given that almost our only (entirely unreasonable) ‘complaint’ about the Nero 3D-1 was that its images didn’t look as punchy and dynamic with 2D or as bright with 3D as those of the three times more expensive Lumis 3D-S, the Nero 2’s improvements in brightness and contrast are seriously promising.

Unable to restrain ourselves any longer, we fired up a selection of our favourite 3D test material – and once again we were instantly transported out of our test room and into a fully fledged commercial 3D cinema. Well, nearly.

All the familiar Sim2 positives were there. For instance, crosstalk was seemingly non-existent, leaving edges of objects in both the fore and background looking sharp and crisp. Not having to squint through crosstalk also leaves you free to soak up the gorgeous detailing of the Full HD active 3D pictures – especially as they’re writ large across a projector screen (which we’d recommend should be at least 100in across). 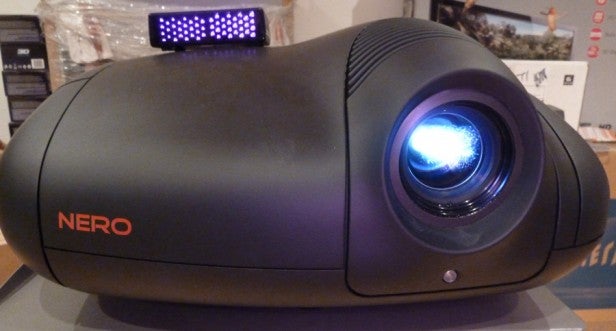 Also stunning is the sheer naturalism of the Nero 3D-2’s 3D images. It handles motion across and in and out of the 3D image superbly, with no unnatural judder, smearing, or processing artefacts.

Sim2 has provided PureMovie and PureMotion processing systems on the Neros, which can take out all judder from the image. But for us the resulting image doesn’t look at all natural. And if there’s any projector that really doesn’t need motion processing anyway, it’s the Nero 3D-2.

Crucially, the Nero 3D-2 betters the Nero 3D-1 in quite striking terms when it comes to the brightness and colour vibrancy of 3D images. That extra 25 per cent of brightness from its lamp comes into its own when you’re wearing active shutter glasses, ensuring that the 3D world really pops off the screen. The extra brightness also brings out a little more shadow detail in dark 3D scenes, and adds a greater sense of depth as you appreciate more fully the light cues that can help create a sense of 3D space.

The extra calibration assistance offered by the Nero 3D-2‘s dimmable iris feature also played a part in the way the projector pulls out that bit more finesse and subtlety with dark material.

While the extra brightness and contrast of the Nero 3D-2 might be at their most obvious with 3D, though, they do also make their presence felt with HD 2D. There’s more pop to colours, white areas look slightly purer, and dark areas have a bit more depth and richness.

The extra brightness also seems to enhance the stunning sense of detail and texture in the image – something which reveals, too, the exceptional clarity and quality of the optical engine Sim2 uses in its Nero models. It’s this astounding sharpness and purity more than anything else that makes watching old favourite Blu-rays on the Nero 3D-2 feel like you’re watching them for the very first time.

There are a couple of issues with the projector’s performance. The rainbow effect you can get with single-chip DLP projectors – where stripes of red, green and blue flit almost subliminally around bright parts of the picture – is if anything slightly more evident on the Nero 3D-2 than it was on the Nero 3D-1, presumably because of its extra brightness. But the phenomenon still only crops up very rarely, and there’s a good chance many people won’t see it at all.

The Nero 3D-2 also runs a bit noisily, especially in 3D mode – though a good installer should be able to mitigate this to some extent by where they position the projector.

Other than that, our only complaints would be that a) it’s a shame you don’t get any 3D glasses or the transmitter included free with the projector (a 4-glasses pack will cost you around £750) and b) it’s high time Sim2 improved the remote control it ships with its projectors, as the current item feels too plasticky and unergonomic to go with such a high-end projector.

We guess we’re duty bound to point out that the Nero 3D-2 doesn’t reach the same dizzying heights as the Lumis 3D-S when showing either 2D or 3D. But then it only costs half as much.

Rather more pertinent is the way that, aside from some marginally greater rainbow effect, the Nero 3D-2 delivers a marked improvement over the Nero 3D-1 – so much so that within the context of five-figure projectors, the extra £3,000 it costs really doesn’t seem much of a stretch at all for such a significant performance enhancement.