Sorry folks, but I’m afraid the price at the top of this review is correct; we haven’t stuck an extra digit in there by mistake. The Grand Cinema HT3000E really does cost the best part of £10k. Perhaps it would have been better to call it the ‘10 Grand Cinema HT3000E’…


Clearly we realise that at this point many of you will probably already have chuckled about the incompatibility of the HT3000E with your bank balance and quietly closed your browsers down to go off and do something more useful instead. But if you haven’t, well congratulations on either being interested in seeing how the other half live, or on having a far healthier bank balance than the rest of us will probably ever enjoy…


Anyway, getting back to the product at hand, it comes as no surprise to find it looking every inch the opulent, ultra stylish bit of kit you’d really demand for £10K. SIM2’s projector designs (by famed concept designer Giorgio Revoldini) are the stuff of legend even with its more affordable projectors, but here it’s gone into overdrive with a dizzying blend of stunningly robust build quality, gorgeous curves in all the right places, and a high gloss finish that we found ourselves completely unable to resist stroking every time we walked past it. 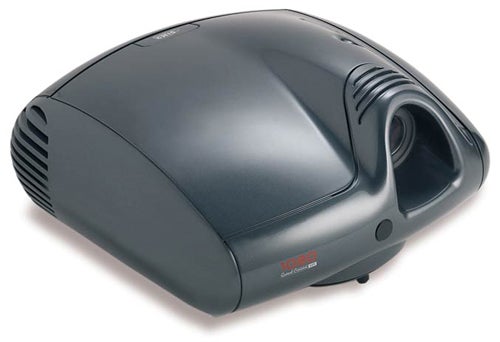 The exterior isn’t just about flash styling, of course, as there’s also the small matter of the HT3000E’s connections to deal with. And here again all is pretty much as you’d expect of a high-end projector beast, with two HDMIs leading the way supported by component video inputs and a D-Sub PC jack – as well as the usual lower quality S-Video and composite video options for anyone insane enough to use them. We guess a third HDMI wouldn’t have gone amiss on a 10k product, but heck; if you can afford an HT3000E adding an HDMI switch box to your expenditure is just a drop in the ocean.


Good though the stuff we’ve covered so far might be, it hardly explains the £10,000 price tag. For that we need to delve into the HT3000E’s innards – where we quickly discover the key to it all: one of Texas Instruments’ very latest full HD DLP chipsets. This offers a 1,920 x 1,080 native resolution (to match the native resolution of the vast majority of the UK’s HD sources) from a mere 0.95in chipset, which should ensure that there’s practically no chance whatsoever of seeing any pixellation or ‘gridding’ in the final image. It should also help on the contrast and brightness fronts, as having less gaps between the DLP mirrors that make up each pixel should reduce wasted light in the optical system.

The full HD DLP chipset is not the end of what makes the HT3000E tick. It’s also sensationally bright by home projection standards, using proprietary Unishape lamp technology to crank out almost twice as much brightness from a 200W lamp as the already luminous HT3000 that this new model replaces. In case you were wondering, the Unishape system allows the lamp to adjust its output based on the particular colours being shown.


More colour-related cleverness comes from the HT3000E’s employment of Texas Instruments’ BrilliantColor system. Combining colour-boosting processing with a new colour wheel that adds magenta, yellow and cyan to the familiar red, green and blue segments, BrilliantColor is designed to boost the saturation and tones of colours across the spectrum.


As if all this wasn’t enough, the HT3000E also uses SIM2’s proprietary AlphaPath technology, which pushes the light through the projector’s optical array in an unusually efficient way, reducing the potential for loss or contamination of the light source.


Putting some figures on the results of all this high-falutin’ projector ingenuity, the HT3000E boasts a sparklingly high claimed contrast ratio of 6,500:1, and a colour temperature perfectly aligned with the ‘D65′ standard acknowledged to be the best for watching films and TV. 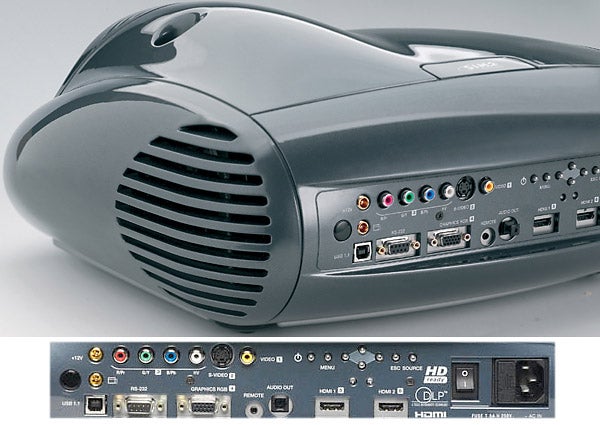 The only minor bum note in our experience of the HT3000E comes with its operating system, which employs some horribly bland and really very unintuitive onscreen menus. Our advice would be to get the thing professionally installed and calibrated, and then not touch it other than to change the input it’s showing.


With full HD DLP projectors now going for as little as £2,000, the HT3000E’s extra optical and processing power really needs to go some to justify its vastly elevated price. So it’s a testament to how good it is that we came away feeling that £10k really wasn’t bad value at all. Essentially, by reproducing all the key elements of picture performance that make a commercial cinema rock, the HT3000E really does recreate the experience of going to the Odeon in the comfort of your living room.


Take black levels, for instance. So often the weak point in a home projector’s arsenal, here the HT3000E reproduces inky blacks that give dark scenes a real sense of depth and dynamism – especially since the blackness looks so completely natural thanks to the retention of subtle colour and shading information. On lesser projectors this information is usually lost, leaving dark areas looking rather hollow. Naturally this talent makes the HT3000E a particularly great friend of your average sci-fi or horror movie – not to mention dark games like, um, The Darkness…

To really appreciate what makes the HT3000E so very special, though – and worth its money – you need to check it out with a picture that blends extreme darkness with extreme brightness within the same frame. For it’s only then that you can fully appreciate the truly extraordinary range the projector delivers between the brightest whites and the deepest blacks – all thanks to the combination of extreme brightness with a huge contrast range that you really can’t get from any ‘sensibly priced’ projector.


The HT3000E’s BrilliantColor system plays its part in the exceptional image quality too. Colours have a dynamism, expressiveness and tonal range that we genuinely haven’t seen before on a single-chip DLP projector of any price, helping portray HD films and TV shows with a vibrancy and immaculate subtlety that will have your eyes riveted to the screen. Even if the actual content of what you’re watching happens to be total dross. The BBC’s Robin Hood, anyone?


Another area in which this projector excels is fine detailing. Its compact, full HD DLP chipset ensures that it proudly displays every single pixel of image data, even from a particularly pristine HD disc such as Casino Royale on Blu-ray. In fact, so crisp, clean and sharp are its HD pictures that you start to treat any sloppy HD disc transfer, which fails to show the projector off at its best advantage, as almost a criminal act. 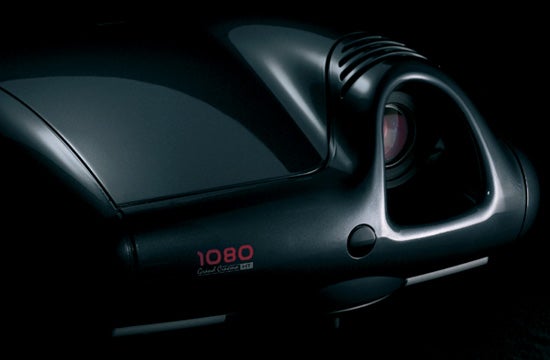 Obviously the clarity we’re talking about wouldn’t be there if the HT3000E suffered in any serious way from any grain, dot crawl, colour moiré or other video noise, so that’s another success SIM2 can chalk up.


Yet more good news finds the HT3000E running superbly quietly for such a high-brightness projector. We had it sat within three feet of our viewing position (hardly ideal, and something you’ll probably be able to avoid in your own living room), yet we seldom found ourselves distracted by the whirring of its fans, even during very quiet parts of movies.


The HT3000E only has one little flaw, in our opinion, and that’s the rainbow effect. With single-chip DLP technology you occasionally see pure stripes of colour in your peripheral vision, or over particularly starkly contrasted parts of the image. And that is true of the HT3000E. But while it is there and so needs to be mentioned on a projector as expensive as this, we should add that it occurs far less commonly or aggressively than with practically any other DLP projector we can think of. And in any case many people appear to be lucky enough to be somehow immune to the problem.


The HT3000E costs an arm and a leg, there’s no denying that. But if you happen to have an arm and a leg to spare, you really could do worse than trade them in for what’s comfortably the finest projector we’ve seen to date, and the very epitome of a high-end dream machine.