No other projector brand can come close to Sim2 when it comes to handling 3D. Its triple flash technology combined with its extremely high brightness output and remarkably deft colour handling help it produce images of unprecedented big-screen impact and clarity – even if you’re watching them on a very large screen indeed.

The sense of space created is immense, there’s no flicker to speak of, and best of all the high detail levels are left completely unblemished by the dreaded crosstalk ghosting noise.

There is a significant brightness reduction when you switch to 3D viewing, but when you’ve got as much brightness to work with in the first place as the Fuoriserie, ditching a chunk of it for 3D is no major deal – especially when the pay off is zero crosstalk.

But… here again, while the Fuoriserie is undoubtedly magnificent versus almost all other 3D projectors out there, we couldn’t convince ourselves that it’s significantly better with 3D than the vastly cheaper Superlumis.

As we’ve said with practically every Sim2 review we’ve ever done, we really don’t like the remote control Sim2 provides with all of its projectors – including this flagship Fuoriserie. It’s lightweight, plasticky, bland and also pretty counter-intuitive to use. Sim2’s onscreen menus are excessively bland too.

But really none of this matters. For the projector will be professionally installed for you, and where the remote is concerned it’s pretty much a cold hard certainty that anyone who can afford a Fuoriserie will be implementing it within a wider home cinema system controlled by something like a Crestron or Lutron high-end device.

One other point worth reiterating here is that our tests were inevitably done at a specific moment in time; we couldn’t live with a Fuoriserie for a period of weeks and months to see what impact its constant auto calibration system might have on picture quality over time. 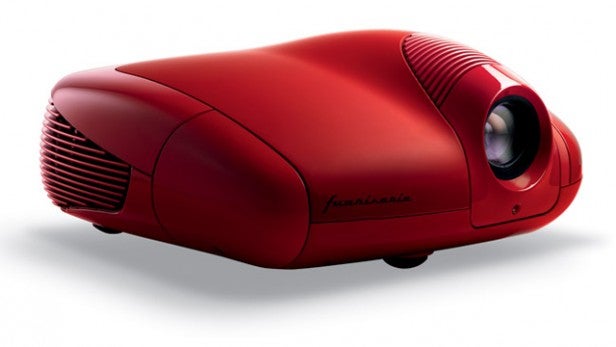 Should I buy a Sim2 Fuoriserie?

If you mix in Roman Abramovich circles, then hell yeah, why not treat yourself to a Fuoriserie? It’s a status symbol product delivering the best picture quality Sim2 has managed to date – no mean feat – along with the sort of white-glove service the ultra-rich clearly deserve!

From any even half-normal perspective, though, handing over nearly £80k for the Fuoriserie seems a bit nuts. There’s almost always something of a law of diminishing returns once you get up to the sort of AV pricing stratosphere occupied by Sim2 products, but while we wholly embrace the idea of handing over £37k if you’ve got it for the extraordinary Sim2 Superlumis, we have to draw the line somewhere (especially when you’re dealing in the non-4K world). And the Fuoriserie pretty much represents that line.

Ironically, the main thing the Fuoriserie has ultimately done is remind
us of just how much we loved its cheaper Superlumis sibling, which
delivers what feels like 95% of the Fuoriserie’s performance for under
50% of its price. So our advice if your ship has come in would be to get
the Superlumis instead and give the £42,000 you’ve saved to us. Come on
– you know it makes sense.

The Sim2 Fuoriserie is a thing of beauty, both outside and in, and it pushes projected HD picture quality pretty much as far as we’d imagine it could realistically go. But paying this much for a non-4K projector is silly, especially when the ‘cheaper’ Sim2 alternative is also so good.