Italian projection guru SIM2 is known for many things. Great design, uncompromising picture quality, technical innovation, high-profile advocates like David Lynch… even fans among the notoriously hard-to-please AV post-production industry. But as you might guess from a roll call like that, one thing SIM2 is generally not renowned for is affordability.


Every now and then it dabbles with the mainstream, such as with the decent but unspectacular D10 we looked at in November last year. But we’ve always felt that SIM2’s real life blood is at the mega-bucks, no-compromise end of the market – a feeling we’ll be backing up in the next few weeks when we get round to an in-depth review of the brand’s rather remarkable new three-chip DLP projector, the C3X 1080. 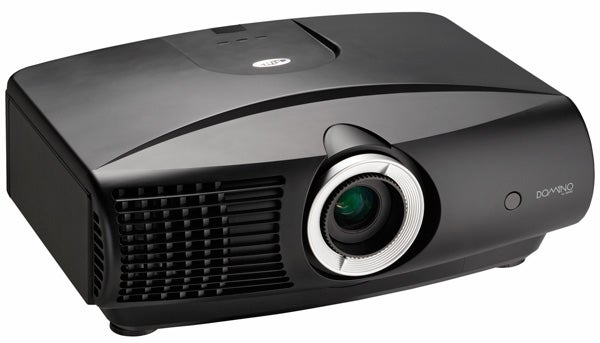 So it’s actually with a touch of trepidation that we approach the new Domino D60. For at just £2,400 it represents the current bottom end of SIM2’s UK proposition. And so although costing not far off a grand more than the somewhat ‘me too’ D10, I still fear that it won’t really be able to do the brand proud.


What’s more, my worst fears seem likely to be realised if the D60’s exterior is anything to go by. I wouldn’t go so far as to say it’s actually ugly, but… well actually, now I come to think of it, it really is quite ugly. Partly because of its truly enormous, hulking size – I’m not sure I can recall another projector in its price bracket that’s so massive – and partly because of its really overtly plasticky, gloss-free finish.


Still, while the D60 might not exactly set your coffee table alight, I can at least hope from its bulk that it will contain some good quality, well separated electronic innards and run rather more quietly than most affordable DLP projectors. 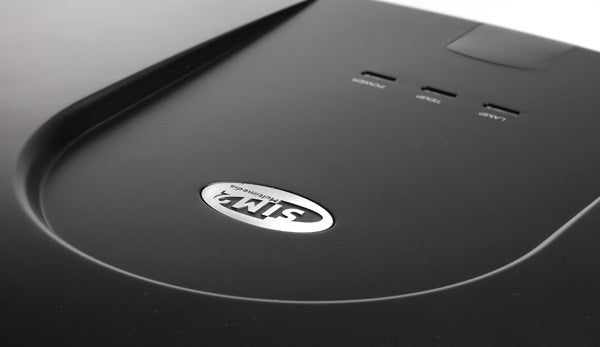 There’s reason for cheer with the D60’s connections, too, as I spot two HDMI inputs, a 5-BNC RGB HD PC input, a three-RCA component video input, a mini-Din RS-232 input, and a 12v trigger output – all alongside the usual, eminently ignorable composite and S-Video options.


Also impressive is how easy the D60 is to set up. The zoom and focus rings around the lens feel sturdy and allow for pleasingly fine adjustments, there’s keystone correction if you really need it, and a motorised vertical lens shift lets you move things up and down over a +60/-40 per cent range. This is really helpful in getting an undistorted image on your screen even if you’ve got the projector set quite a way above or below the screen’s centre point.


A touch more optical zoom than the provided 1.84-2.2:1 would have really been the icing on the set-up cake, but you should still be able to get a good 100in or so image provided you’ve got 4m or so of throw distance to play with.

Another nice touch for the D60’s price point is the provision of three customisable memory slots where you can store preferred video settings. Especially as there’s an almost intimidatingly healthy number of picture settings to tweak among the D60’s simple but effective on-screen menus.


There’s a Black Level adjuster, for instance, as well as a clarity control system that comprises no less than four elements: noise reduction, Detail enhancement, Luma transmission, and Chroma transmission – all adjustable over a variety of different levels.


There’s also a quite remarkable degree of colour management available for the D60’s level of the market. You can, for instance, adjust the gain and offset of the picture’s red, green and blue colour elements; tweak the relative range and saturation levels of the red, green, blue, yellow, magenta and cyan image elements; choose various gamma presets; manually set the projector’s colour space between RGB, RGB Extended and YUV; and call in Texas Instrument’s BrilliantColour processing for a more dynamic and supposedly natural colour palette. 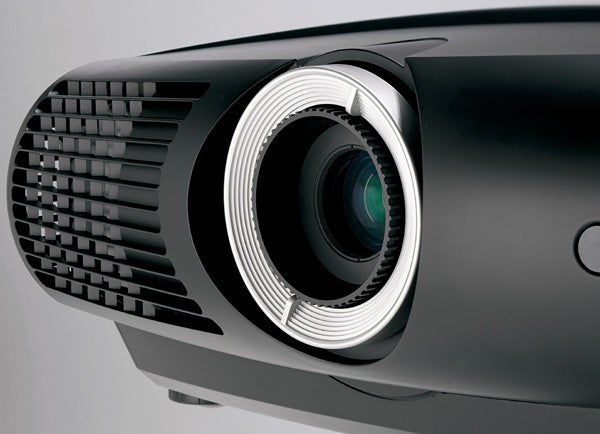 TI’s DynamicBlack feature is also on hand to boost the projector’s perceived contrast, and there’s a multi-setting manual iris adjustment to help you tweak black level response even more. Not to mention a Whisper mode that reduces the lamp’s output (and so the image’s brightness) in return for deeper black levels and less running noise. Indeed, SIM2 reckons the D60 runs at just 25dB in whisper mode, which is an impressively low figure by DLP standards.


Sometimes, I have to say, levels of flexibility as extreme as that found on the D60 appear to be there as a self-conscious attempt at disguising some pretty fundamental picture problems in a projector. But thankfully this is certainly not the case with the D60. In fact, its flexibility is there for all the right reasons; to help anyone who knows what they’re doing make what are good pictures straight out of the box into excellent ones adapted, to some extent at least, to your individual room conditions.


Particularly striking right from the off is how extraordinarily sharp and detailed the D60’s images are when watching a tidy HD source such as ”Casino Royale” on Blu-ray. As Bond trails the plane bomber through the airport, for instance, the amount of pore and stubble detail visible in both men’s faces as the terrorist stops to try on some sunglasses is remarkable for a £2,500 product.


The fact that the D60 is a Full HD projector with the facility to deactivate all overscanning undoubtedly helps in this respect. But numerous other sub-£3k DLP projectors offer similar HD-friendly features without delivering quite so much pixel-perfect HD clarity as the D60.


Thinking about it, I suspect that the D60’s extra HD clarity might have something to do with the startling clarity of its motion handling, as the response time of its optical system seems strikingly fast even by DLP’s already high standards.

Once I’d soaked up the picture’s sharpness, I also started to take serious notice of the D60’s contrast. For it manages to deliver some really pretty deep black level depths without having to compromise the brightness of the picture’s peak whites or the saturations of its colours nearly as severely as I might have anticipated.


Now that I’ve mentioned colours, I might as well add that the D60 appears to have benefited from the near-obsession with achieving the perfect video colour balance SIM2 exhibits with its high-end projectors. For while colours might not initially look as dynamic and vibrant as those of many rival sub-£3k projectors, the fact is that for 95% of the time, they’re a damn sight more accurate. And that, of course, is worth more than any amount of gaudy showboating.

Yet more good news finds the image looking engagingly bright despite its rich black levels, and the dreaded DLP rainbow effect cropping up strikingly rarely. It’s definitely there over really stark, bright points of an image, such as the white shirts worn during the main casino scenes of ”Casino Royale”. But I didn’t notice it as much as I did on recent InFocus projectors, for instance.


Excellent though the D60 is for its money, there are inevitably still reasons to spend more on higher-spec models like the recently reviewed JVC HD350 if you can. The biggest of these reasons is the way dark areas seem just a little empty – thanks to a lack of shadow detail – when I’d got the image calibrated to what seemed to be its optimum settings.


The image also occasionally seems to contain slightly more noise than might be explained by the grain in an HD source, especially during dark scenes. Standard definition images, meanwhile, look a touch – though only a touch – more noisy and soft when upscaled to the D60’s Full HD pixel count than we’d ideally like. And while the whisper mode makes the projector quiet enough for most living rooms scenarios, the normal lamp mode ups the volume considerably, to a level that only a really quite large room would probably be able to ‘soak up’.


Don’t let the fact that we rounded off our review of the D60 with what might reasonably be called a ‘reality check’ put you off. For in the end this projector is easily SIM2’s most accomplished mainstream projector to date, finally managing to deliver a flavour of the brand’s entirely healthy video obsessions at a price you don’t have to be a famous Hollywood film director to afford.