I have to admit, this is a review I’ve been looking forward to writing, for two different reasons. After being off work following an operation it’s the first new camera I’ve had a chance to play with for more than two weeks. Also, I’ve managed to miss out on reviewing the previous two Sigma compacts. Jamie Harrison reviewed the original Sigma DP1 for me back in 2008, and Joanne Carter reviewed the DP2 while I was on holiday this time last year. Our two occasional freelancers had mixed opinions of those cameras, so I was understandably keen to test the new Sigma DP2s for myself. 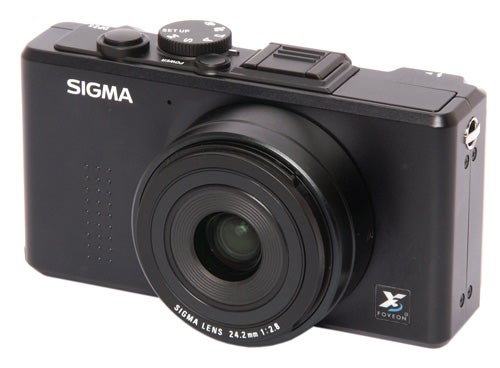 As a company, Sigma is better known for its highly acclaimed and very popular range of digital SLR lenses, available with mounts to fit all the major DSLR brands. However it has also made a number of cameras under its own name, starting with 35mm film SLRs before moving on to digital SLRs, and launching the DP range of compacts two years ago. All of Sigma’s digital cameras use the unique Foveon X3 sensor, a technology which the company now owns. The X3 sensor differs from conventional CCD and CMOS sensors because it captures full RGB colour at every photocell site on the chip, rather than using brightness sensors and a colour mask filter. There’s a fuller explanation of the technology here, but suffice it to say that in theory at least the X3 sensor should be able to produce something like three times the level of detail and colour depth of a conventional sensor, and also has an advantage in dynamic range. 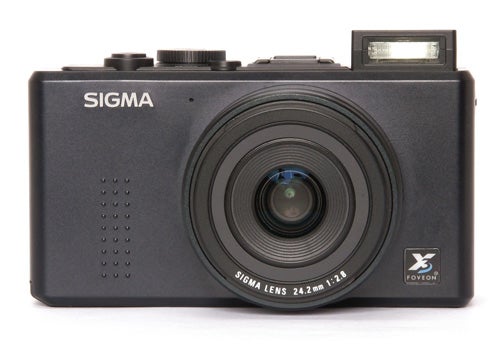 Like the DP1 and DP2, the DP2s uses a 20.7 x 13.8mm X3 sensor (slightly smaller than APS-C but larger than Four Thirds) producing a final image resolution of 2652 x 1768 pixels, with approximately 14 million photocells in three layers. Whether you call that a 14 megapixel sensor or 4.7 megapixels is largely a matter of semantics. As we’ll see later, it’s the results that count. What is indisputable is that the DP2s is a very expensive camera. It currently sells for £539.99, the same launch price as the DP2 and only £10 less than the original price of the DP1. Both of the earlier cameras are still available, with the DP1 currently selling for around £380 and the DP2 for £485, so don’t expect the price of the DP2s to drop by much. There are a number of very good digital SLRs that cost less, so those results had better be worth it.

Apart from its unique sensor the DP2s has several other unusual design features, the most obvious being the lens. It has a fixed-length (i.e. non-zoom) lens with a focal length equivalent to 41mm and a maximum aperture of f/2.8. This may seem like an odd choice, since the trend these days is for ever-wider focal lengths, but 41mm is close to the old SLR standard of 50mm, and produces a perspective that is very similar to that of the unaided human eye. As a result photos look very natural and optical distortion is kept to a minimum. The aspect ratio of 3:2 is the same as 35mm film and most DSLRs, rather than the 4:3 ratio more common in compact cameras. The DP2 has the same lens, but the DP1 has an f/4 lens equivalent to 28mm. 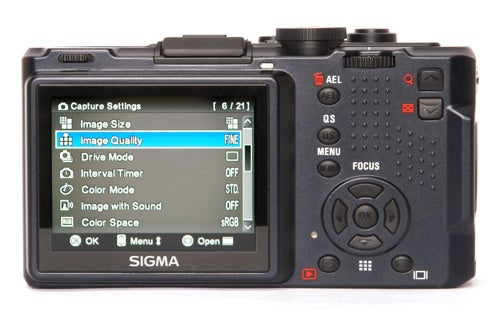 Physically the DP2s is almost identical to its two predecessors. The body is a rather plain looking matt black rectangular box with straight sides and right-angled corners, with the lens barrel protruding just less than an inch from the front when folded. The body is all metal and the build quality is generally very good, although the controls do feel surprisingly cheap for such an expensive camera. The DPS2 is large for a compact and surprisingly heavy, measuring 113.3 x 59.5 x 56mm and weighing 291g including battery and memory card. The large body is easy to hold, and a textured area on both the front and the back provides some grip, but the control layout is rather awkward. The two buttons in the upper right are poorly placed, and the thumbwheel on the edge of the top plate, which is used to adjust focus in manual mode, is also a bit fiddly. Some of the controls can be reassigned, but I hope that Sigma has a good re-think of the control interface for its next new model, perhaps replacing the focus thumbwheel with a rotary bezel on the lens barrel.

The menu system is also quite clunky and looks a bit dated by recent standards, and it is not helped by the relatively small 2.5-inch 230k LCD monitor. The monitor view can be magnified for manual focusing, but it’s not really sharp enough for this to be particularly accurate. The monitor is at least quite bright, but the reflective surface can make it hard to see in bright sunlight.


We’re so used to seeing 720p HD video as a standard feature on new compacts it’s rather a shock to discover that the DP2s can only manage 320 x 240 pixel resolution with mono audio, albeit at 30fps. At least there’s no need to worry about optical zoom in video mode.

One of the admittedly small number of things that differentiates the DP2s from the DP2 is supposedly faster focusing and image processing, but the overall performance is far from sparkling. In single shot mode the shot-to-shot time is approximately 2.7 seconds, which is quite slow by the standards of other high-spec compacts, but in its favour it will shoot at this speed in both JPEG and Raw modes. In continuous shooting mode it can manage just over two frames a second, but only for a limited burst of four shots in JPEG mode and three in Raw. 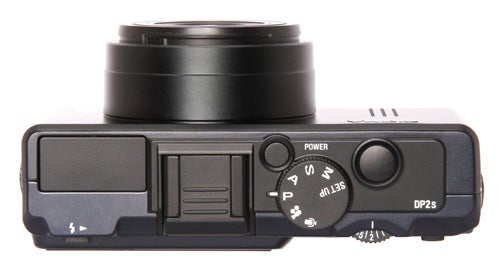 The autofocus is very slow, and is also extremely noisy, with a loud mechanical whirring sound as it cranks the lens into focus. Low light focusing is the worst I’ve seen in several years, with the camera failing to focus in a room lit with a 60 watt bulb. It has no AF assist lamp, so once the light level drops you have to switch to manual focus.


One area that does seem to have been significantly improved over the previous model is battery duration. Joanne said that she only got about 50 shots out of the DP2, but I was able to take over 200 with the DP2s, which is powered by a chunky 1300mAh lithium-ion battery.


Fortunately the DP2s does have one saving grace that trumps all of its shortcomings, and that is its simply fantastic image quality. At 50-200 ISO it produces a level of detail, dynamic range and colour depth that easily surpasses any other compact on the market, and even puts some mid-range DSLRs to shame. There is no trace of image noise at 200 ISO, and even at 400 and the maximum 800 ISO noise is slight, even and grain-like. The lens too is superb, with brilliant corner-to-corner sharpness that makes the most of that fantastic Foveon sensor. The control over depth of field provided by the wide maximum aperture and large sensor allow real creative control for portrait shots. 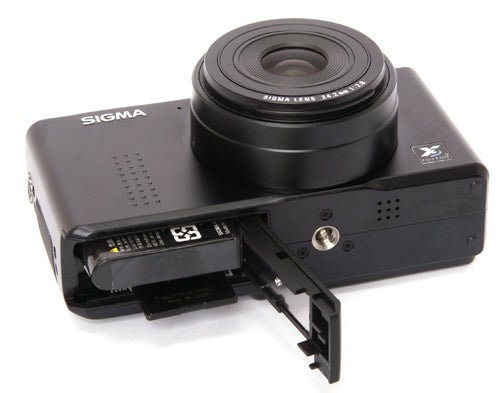 The Sigma DP2s is a well-made camera, although the blocky design and primitive control layout look very dated. Handling is average at best, and the slow and noisy performance and terrible low-light focusing might put off the casual user, assuming that the terrifying price hadn’t already sent them running back to the the safety of a consumer compact. However if you’re prepared to put up with its flaws it rewards you with spectacular image quality and photographic versatility that beat any other compact hands down. 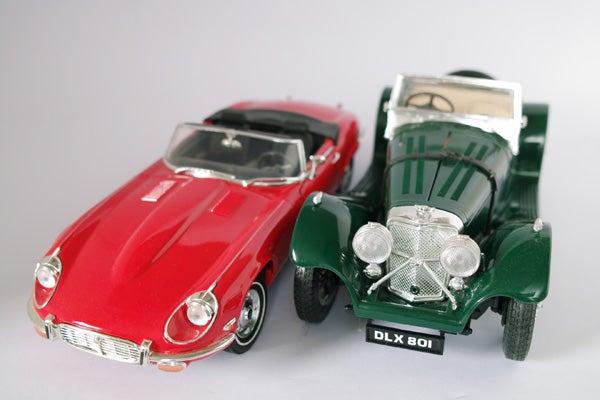 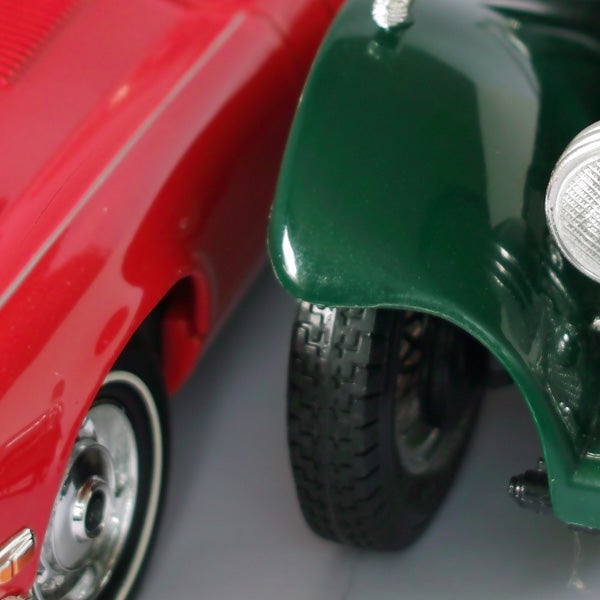 At 50 ISO the image quality is flawless, with no trace of noise, perfect sharpness, brilliant colour and tons of detail. 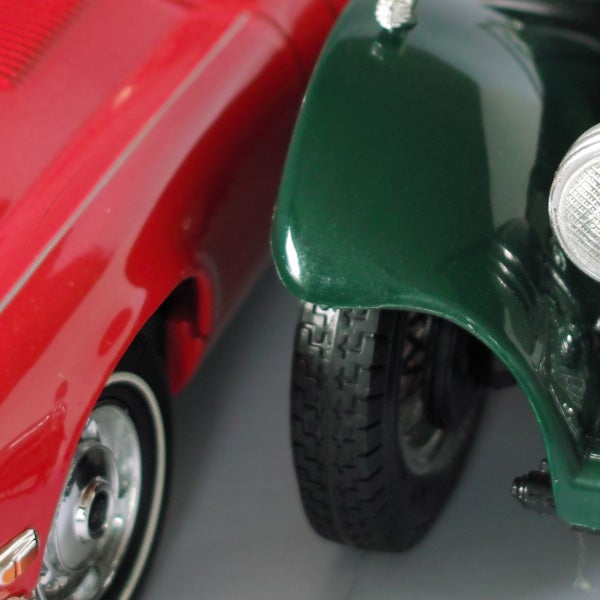 No real difference at 100 ISO. 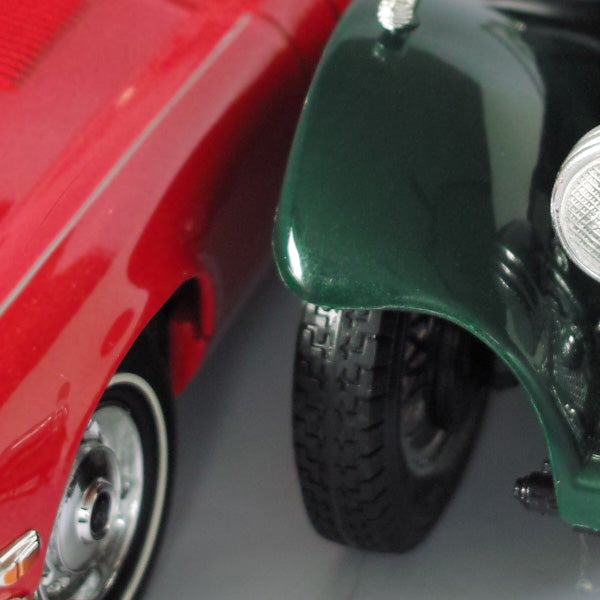 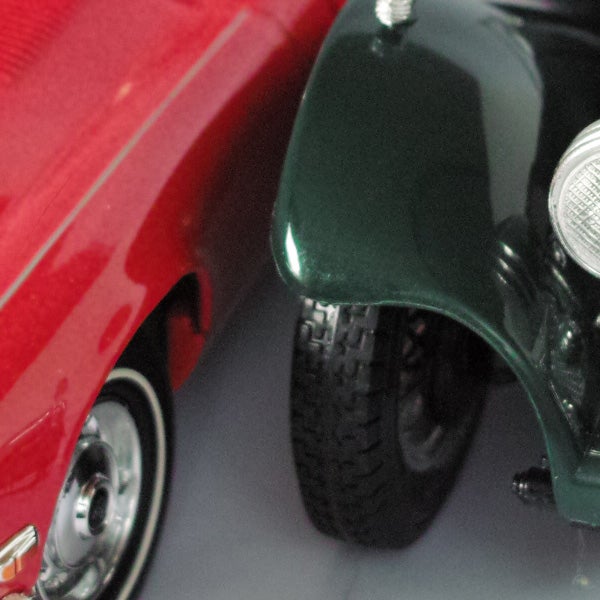 There is a light dusting of fine-grained noise at 400 ISO, but the image is quite printable. 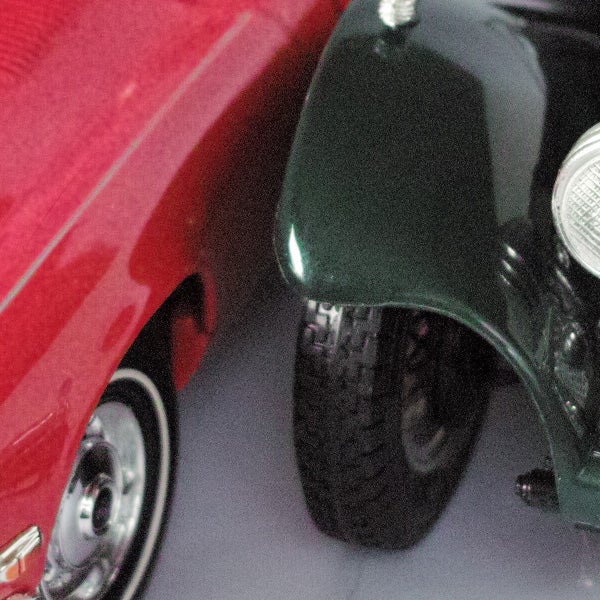 There is more noise at the maximum 800 ISO, and the red channel is a bit blotchy, but it’s still far from shabby. 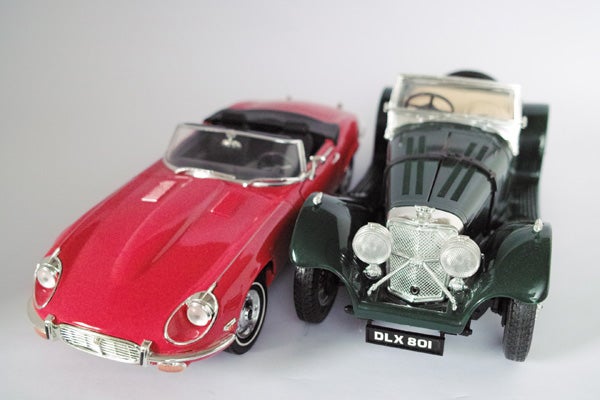 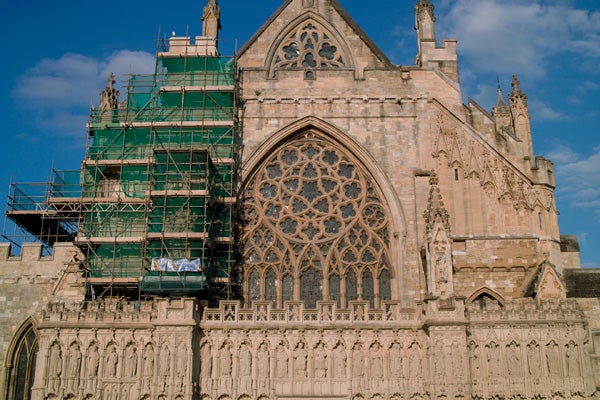 The non-zoom lens, equivalent to 41mm, means I can’t take my usual test shot, but download the full-size version and just look at all the detail. File size approximately 3.5MB. 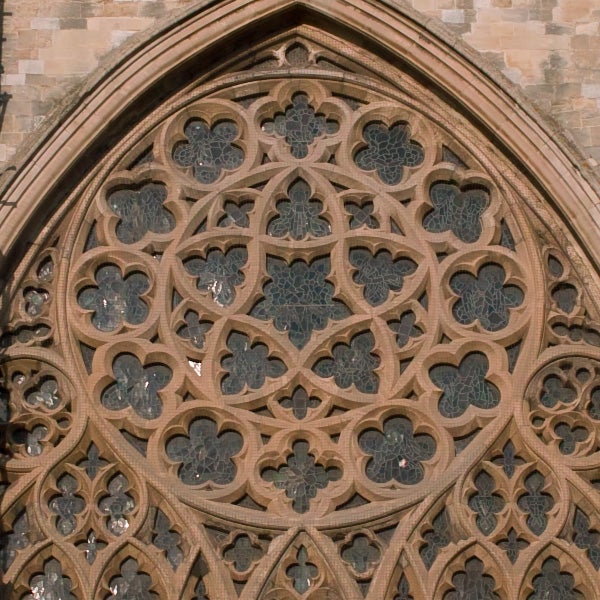 Here’s a 1:1 magnification crop from the image above. Even at this range you can still make out the anti-bird netting. Some cameras can’t do that even when zoomed in. 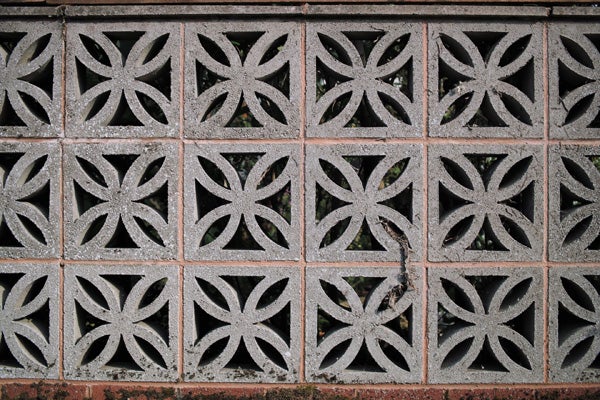 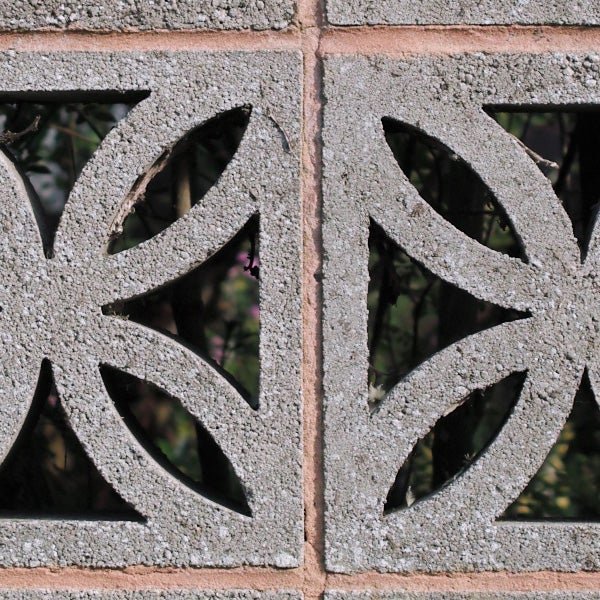 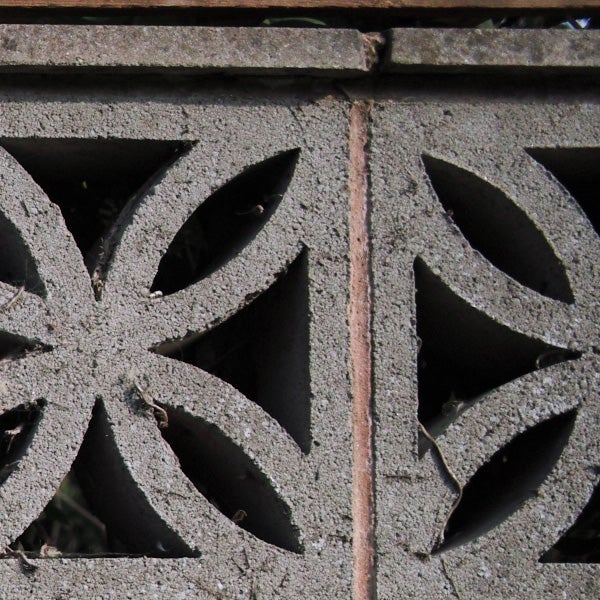 Corner sharpness is also flawless, with no trace of chromatic aberration. 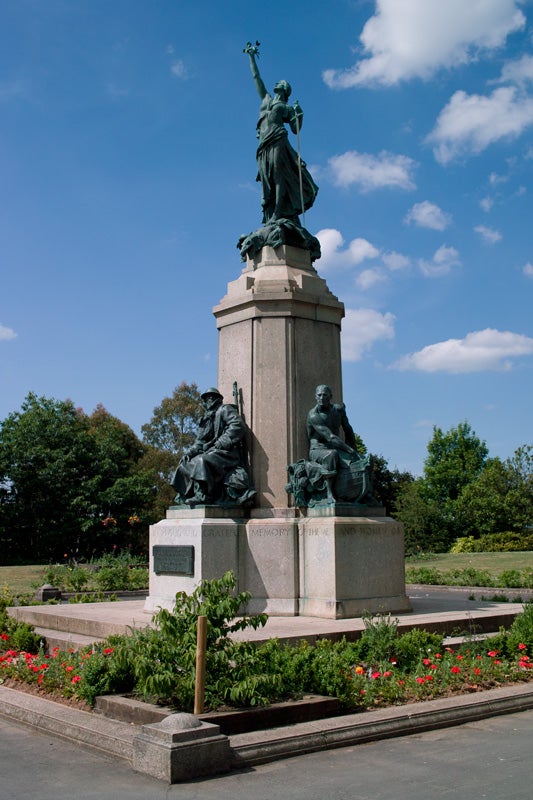 The DP2s has a non-zoom lens equivalent to 41mm. 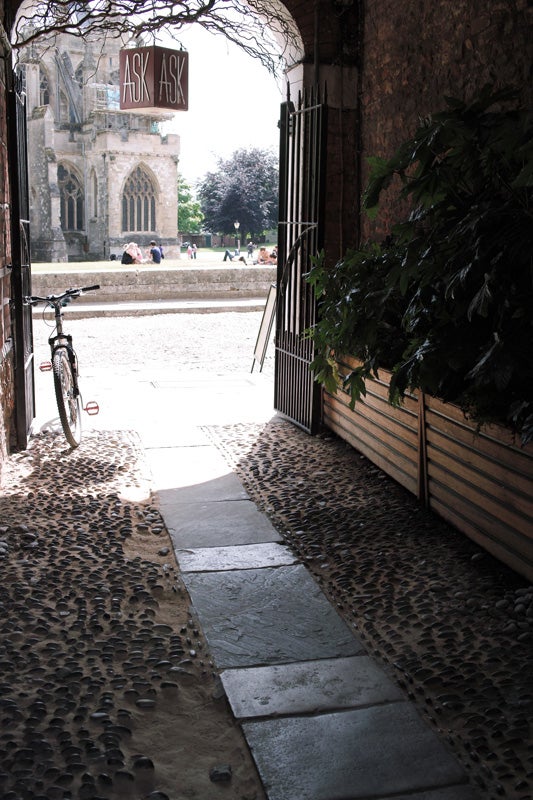 Dynamic range is superb, with both shadow and highlight detail even on this midsummer day in full sunlight. 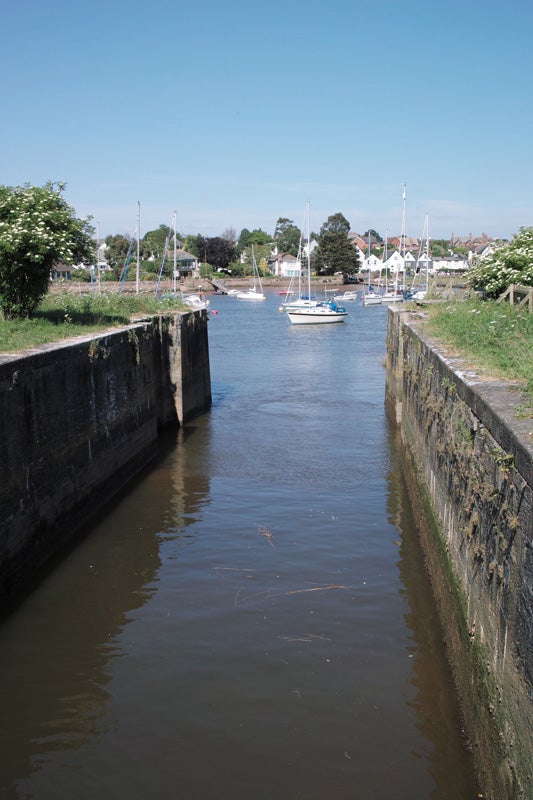 The fixed focal length makes you work for your compositions. 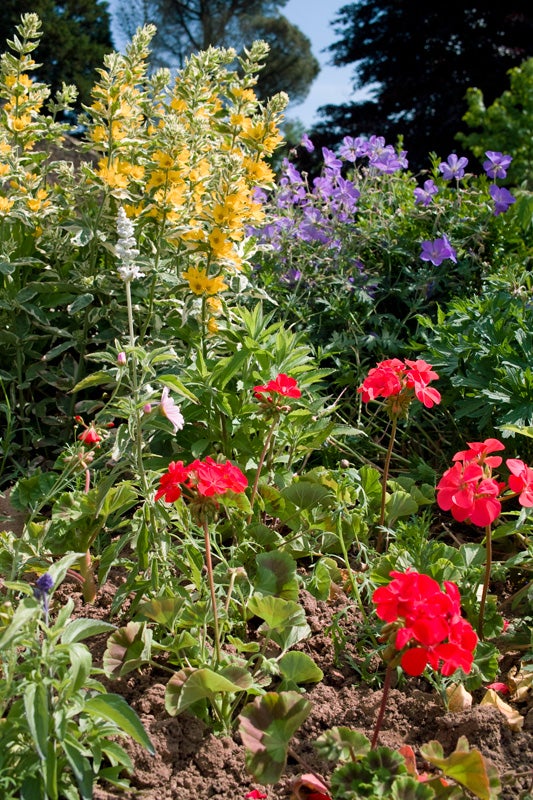 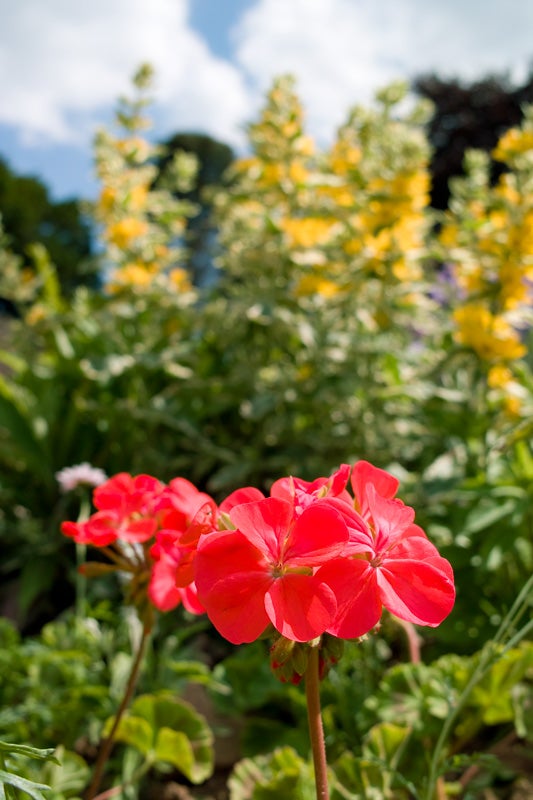 The wide maximum aperture and large sensor give excellent control over depth of field. 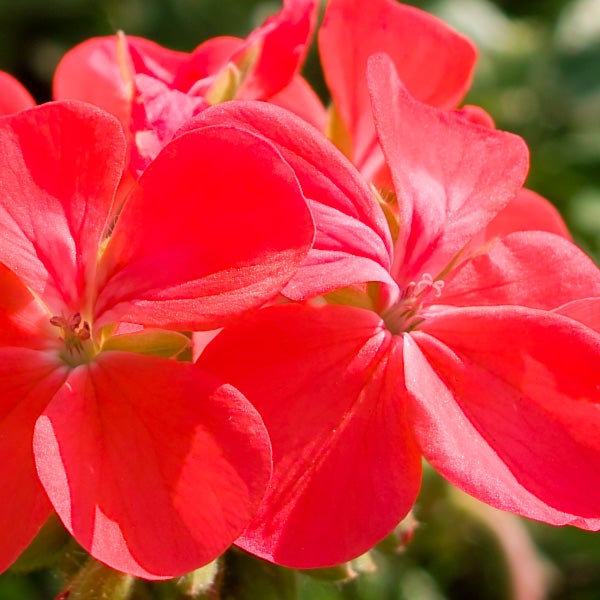 This is a 1:1 crop from the image above.