The vast majority of DSLRs sold these days use APS-C-sized sensors, and offer both impressive resolution and excellent high ISO capabilities. Despite this, the lure of full frame remains strong for many photographers, with cameras such as the Canon EOS 6D and Nikon D610 designed to provide an affordable upgrade path. With their larger sensors, these models give even better image quality, along with larger and brighter viewfinders for easier composition.

However, there’s no point buying a full-frame camera if you don’t have the lenses to match. This can be a problem, though, as those lenses designed for APS-C generally won’t work. So most upgraders will probably want to acquire a high-quality standard zoom to accompany their new pride and joy, and this is where the Sigma 24-105mm f/4 DG OS HSM | A comes in.

The Sigma lens offers a very useful zoom range that encompasses everything from a landscape-friendly wideangle to a short telephoto for portraits. It employs a complex optical formula of 19 elements in 14 groups, including an array of special elements to suppress aberrations. Sigma’s Super Multi-Layer Coating is also included to minimise flare and ghosting.

Autofocusing is handled by an ultrasonic-type Hyper Sonic Motor, which is fast and very quiet. A large switch on the side of the barrel engages manual focus, and a second smaller switch controls the optical image stabilisation. A nine-bladed circular diaphragm is designed to give smoothly blurred backgrounds, and the lens can focus to a minimum distance of 45cm.

Sigma tends to make its lenses available in a wide variety of mounts, and accordingly this 24-105mm optic is available to fit Canon, Nikon, Sigma and Sony cameras (the last of these lacks image stabilisation). There’s no K-mount version yet, but with Pentax not currently offering a full-frame model, that’s less of a disappointment than it might have been.

As part of Sigma’s high-end Art range, the 24-105mm is an impressively well-made lens. It has a solid, weighty feel to it and a high standard of fit and finish. However, it’s not described as weather-sealed, which is a disadvantage compared with its closest equivalents, the Canon EF 24-105mm f/4L IS USM and the Nikon AF-S Nikkor 24-120mm f/4G ED VR.

In terms of size, the Sigma zoom is very similar indeed to those two lenses. It does have a larger-diameter front element, which results in a sizeable 82mm filter thread. It’s also noticeably heavier, suggesting Sigma has used a lot of glass in its construction.

Operationally, the lens is generally pleasant to use. The zoom ring is smooth, but stiff enough to prevent any creeping to telephoto if the lens is held pointing downwards. The manual focus ring is similarly refined in operation, but perhaps a little slimmer than might be ideal. It is coupled to a distance scale that seems pretty accurate at telephoto, but is some way off at wideangle. 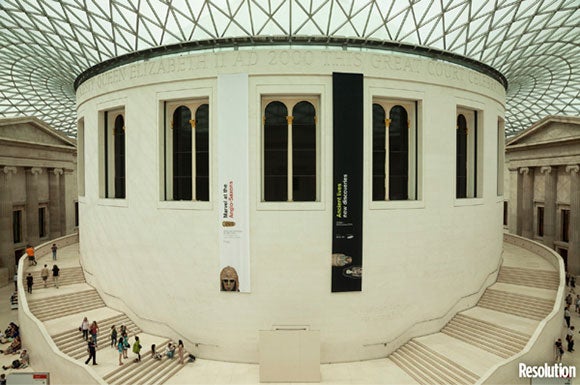 Image: At its best, the lens resolves lots of detail across almost all the frame. This was shot at 24mm and f/8

Optically, the Sigma 24-105mm f/4 lens is a pretty capable performer. When shot wide open, the corners of the image are a little soft, but the lens is impressively sharp across almost the entire frame when stopped down to f/8 or f/11. It is noticeably sharper at wideangle than at telephoto.

The main trade-off for this extended range is distortion, with barrel distortion at wideangle, and pincushion distortion across much of the rest of the range. This can be disturbing in images with straight lines across the long edge of the frame, but if you shoot in raw it’s relatively easy to correct. However, at 24mm the pattern is quite complex, so it needs profiled corrections for best results.

Vignetting can be a problem when the aperture is wide open, at both the wideangle and telephoto positions (although less so in the middle of the range). The lens shows quite abrupt shading at the corners of the frame, and while this can sometimes enhance an image, it can also look unattractive when large areas of the frame are evenly toned. However, it can easily be countered by stopping down to f/5.6.

Chromatic aberration is also visible at each end of the range, as green and magenta-coloured fringing towards the corners of the frame. It will only really be obvious if you make very large prints or view your images close up on screen, and can again be corrected when processing from raw. If you use a Nikon SLR, most recent models will correct this in JPEG processing too.

I found that the main obstacle to getting the most out of the lens was autofocus inaccuracy at telephoto. My review sample tended to focus slightly in front of the subject, taking the edge off the sharpness. However, this could be addressed using either the camera’s autofocus micro-adjust setting, or with Sigma’s own USB dock, which allows detailed adjustments to be made to the focusing set-up of the lens. On a more positive note, the image stabilisation worked well, allowing handheld shooting at shutter speeds around 3 stops slower than usual. 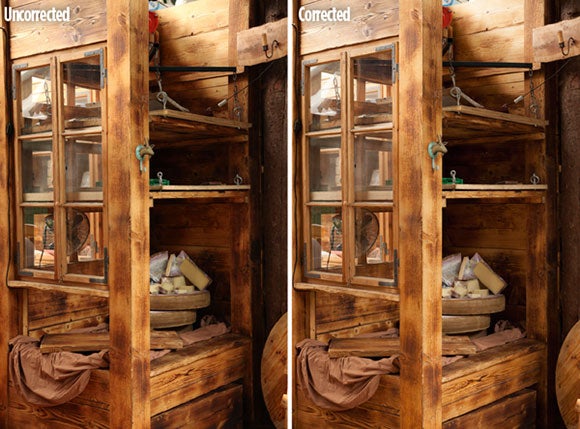 Image: This picture was shot at 60mm, and shows strong pincushion distortion that I corrected in post-processing

The Sigma is impressively sharp at its wideangle end but softens progressively on zooming to telephoto, particularly in the corners. Overall, there’s not much difference between f/4 and f/11, but at smaller apertures than this, the image softens due to diffraction. 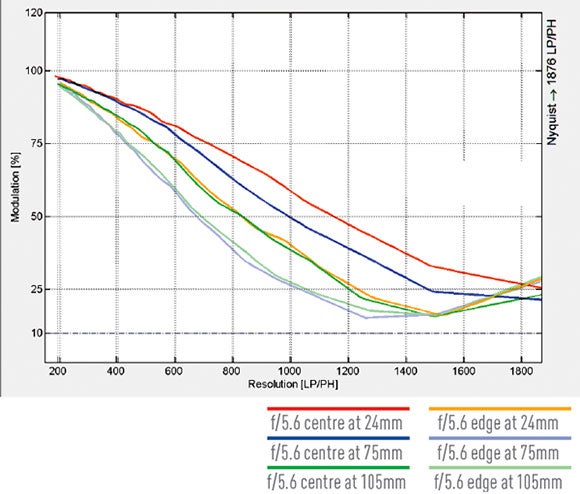 The most striking results are at each end of the zoom range, where the lens shows abrupt shading in the corners when the aperture is wide open. This type of vignetting can be visually unpleasant, but it’s almost eliminated by closing the lens down a stop. It’s a touch stronger at wideangle than at telephoto. 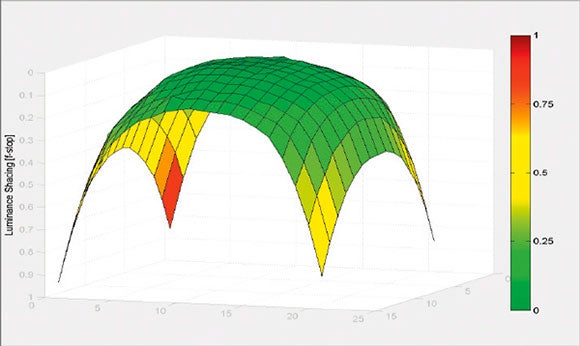 Typically, lenses of this type show barrel distortion at wideangle and pincushion distortion at telephoto, and this is indeed what we see. This being a 4x zoom, it’s relatively pronounced, with quite a complex pattern at wideangle. For geometric subjects, such as architecture, this will probably benefit from correction in software. 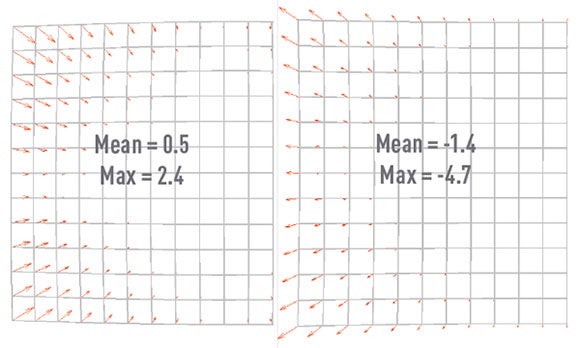 Overall, I found the Sigma 24-105mm f/4 DG OS HSM | A to be a very good lens. It’s nicely made, handles well and delivers very good image quality. The autofocus and image stabilisation systems work well, too. It’s certainly a cut above the lenses that most APS-C shooters will be used to working with, and is a very capable companion for a full-frame DSLR.

The big question is whether it’s worth buying ahead of its closest rivals, the Canon 24-105mm f/4 or the Nikon 24-120mm f/4. Optically, these are all quite similar performers, so the decision will probably rest substantially on features and price. In this regard, both alternatives offer weather-sealing, and the Nikon model has a slightly longer focal range. However, the Sigma zoom sells for around £130 less than either of its competitors, and this alone makes it a pretty compelling option as an everyday lens for full-frame users.