There has been a surge of new wideangle lenses in the past 12 months, with Sigma and many of the other major brands focusing their efforts in this area of the market. Not one for resting on its laurels, Sigma has been hard at work creating its fifth fixed-focal-length lens in its DSLR Art product line and the new 20mm f/1.4 DG HSM | A looks like it could be popular for landscape and astrophotography, as well as for shooting interiors, events and weddings. 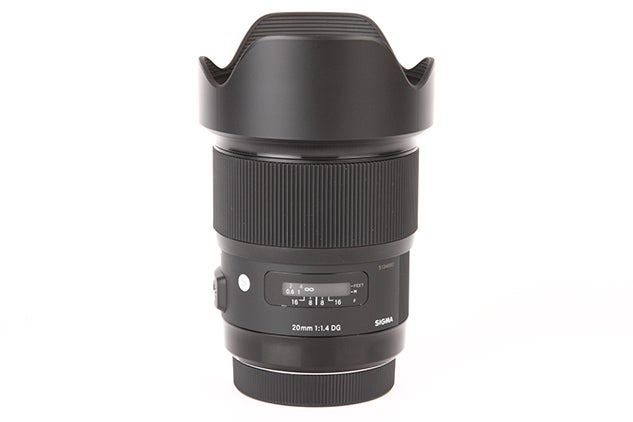 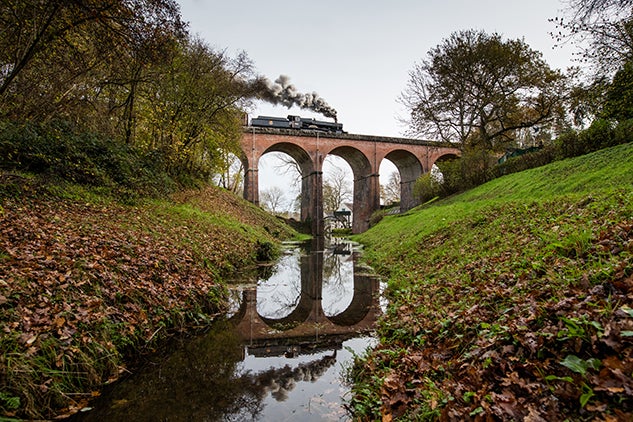 If you’re wondering why a 20mm f/1.4 lens has never been manufactured before, it’s because of the technical difficulties that are imposed by engineering such a large double aspherical element. Sigma has managed to overcome this hurdle by turning to its experienced team of engineers who have used the latest advances in technology to successfully create a large double-aspherical lens that measures an impressive 59mm in diameter. By uniting this large aspherical lens with a second aspherical lens towards the rear, we’re told that it controls distortion remarkably well – a claim that we intend to investigate in this test.

The construction of the lens features 15 glass elements arranged in 11 groups, with two of these elements being the ‘F’ low-dispersion (FLD) type and five being the special low dispersion (SLD) variety. This low-dispersion glass is used to curtail chromatic aberrations, which are well known for being an issue in large-aperture ultra-wideangle lenses. To prevent flare and ghosting presenting problems when shooting towards the light, Sigma has employed its Super Multi-Layer Coatings and a permanently fixed petal-shaped lens hood at the front. 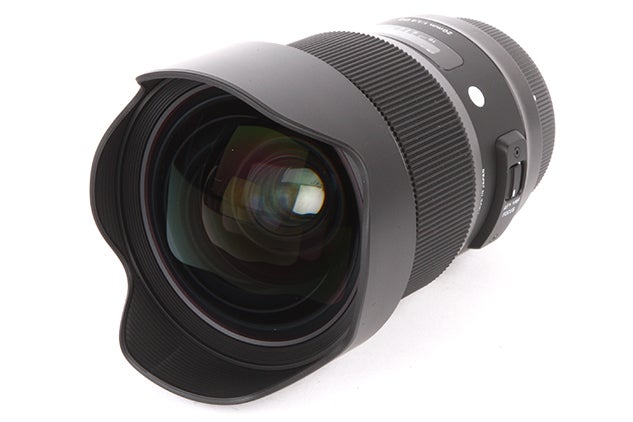 The lens’s nine-bladed aperture diaphragm offers settings from f/1.4 to f/16, and set to its maximum aperture it provides an attractive rendition of out-of-focus backgrounds with pleasing circular bokeh in the highlights. To ensure the lens operates as smoothly and as quietly as possible, the lens features Sigma’s Hyper Sonic Motor (HSM) that, in addition to driving the autofocus system, offers full-time manual focusing. This allows users to adjust the focus manually at any time without having to flick the AF/MF switch to manual first.

Like all lenses released by Sigma in recent times, it will be initially manufactured in three different lens mounts to cater for Canon, Nikon and Sigma users. The size and weight imply that it’s going to be a lens that feels at its best paired with full-frame DSLRs, but there’s nothing to suggest it can’t be used with APS-C DSLRs. Coupled to an APS-C DSLR with a 1.5x crop factor, it behaves like a 30mm f/1.4, whereas on Canon APS-C DSLRs it’s equivalent to 32mm. 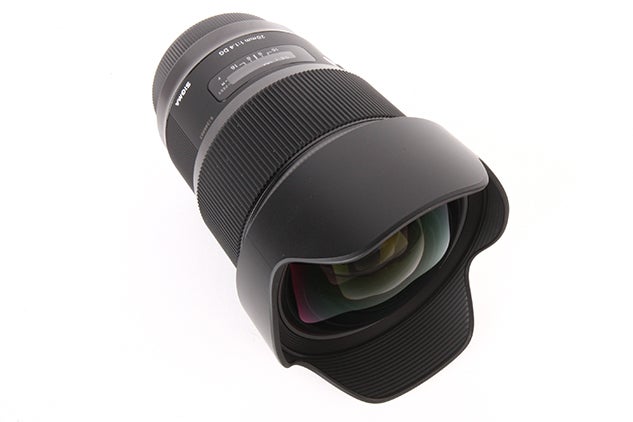 Other noteworthy features include a minimum focusing distance of 27.6cm, a maximum magnification ratio of 1:7.1 and full compatibility with Sigma’s USB docking device, allowing users to update firmware and refine the focus settings manually using the manufacturer’s Optimization Pro software.

As part of the boxed contents there’s a rear cap and a sizeable front plastic cap, which has a slim felt-like lining on the inside to create a tight fit. For photographers who’d prefer a more robust lens cap, Sigma also produces a metal lens cap (LC907-02) for £30.

When I pulled the lens out of its box, I expected to be greeted by a monstrous front element. The lens is slightly more compact than I’d envisaged and the front element is smaller than those we’re typically greeted by on fast full-frame wideangle zooms, such as Nikon’s AF-S Nikkor 14-24mm f/2.8 G ED. Squeezing such a complex arrangement of elements and groups into a relatively compact package makes it quite deceptive in terms of weight. It’s a lens that’s heavier than it looks, and the fact it weighs 950g means it’s almost 300g more than Sigma’s 24mm f/1.4 DG HSM | A. 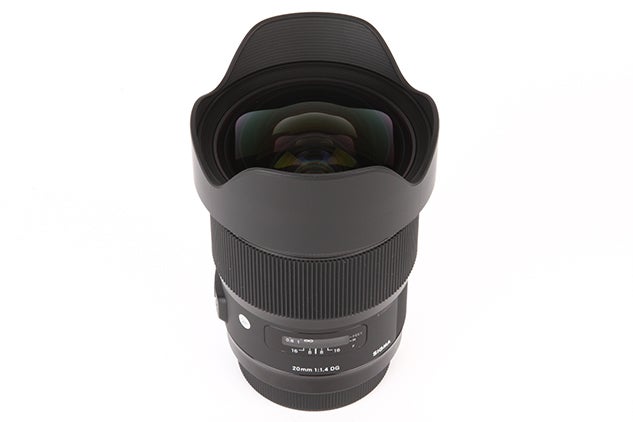 The build quality is comparable to other lenses in Sigma’s Art line-up and the construction of the barrel is made from a mixture of metal and plastic. The section of the barrel adjacent to the camera is made from metal, just like the large manual-focus ring at the front of the lens, whereas the middle section of the barrel and lens hood are formed of high-quality plastic. The only issue that might concern some, as far as the build quality goes, is its lack of weather sealing. Although it will happily survive a few raindrops, it’s advised to stow it away during a persistent shower.

The permanently attached lens hood helps to shield the glass from any accidental bumps and scrapes, but the bulbous front element does prevent screw-in filters being used. Although it has been rumoured that the Sigma 12-24mm f/4.5-5.6 DG HSM II adapter ring Lee Filters produces for its SW150 Mark II system might fit, we tried it only to find that it doesn’t. Regrettably, no filter adapter was available at the time of testing, but Lee Filters disclosed to AP that it would look into creating one if there’s enough demand, but it wouldn’t arrive for at least a couple of months.

In terms of its operation, the manual-focus ring operates fluidly and functions across its focusing range in just over a quarter of a turn. It falls nicely to hand and the same can be said for the large AF/MF switch that juts out from the side of the barrel and is easy to locate with your thumb. This switch offers a reassuring click, and the white background that’s revealed behind the switch when it’s set to AF acts as a visual reference of where it’s set to in low light.

Our review sample was supplied in Canon-fit, and for testing purposes I paired it with the Canon EOS 5DS. Given the highly impressive level of detail this camera resolves, I wanted to find out whether or not its results wide open are as impressive as those we’ve seen from Sigma’s other Art lenses in the past. 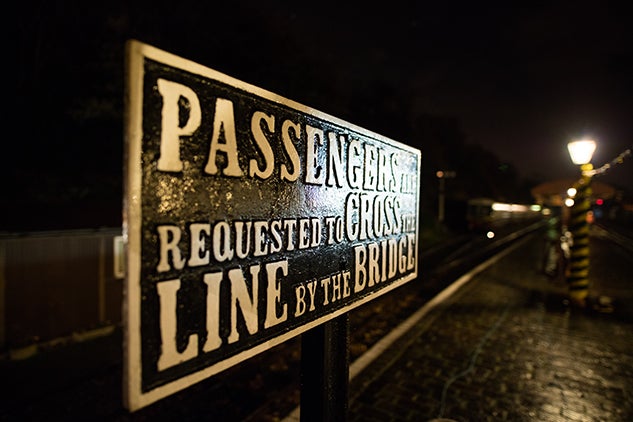 Opening the lens to its maximum aperture (f/1.4) creates an extremely shallow and attractive depth of field

Rattling off a series of frames of the same scene from f/1.4 to f/16 and then analysing these alongside our Applied Imaging tests revealed a jaw-dropping set of results. Sharpness in the centre of the frame at f/1.4 is very impressive. Edge sharpness is a little way off matching the same level of sharpness in the centre at f/1.4, so to record the finest level of edge-to-edge sharpness across the frame you’ll need to close the lens down a few stops. Corner sharpness improves by the time you reach f/4, but the sweet spot between centre and corner sharpness is located closer to f/5.6-f/8. The lens continues to resolve sharp images beyond these settings and f/11 is certainly usable if you’re keen on creating a larger depth of field. Diffraction does begin to soften images a little at f/16, so it’s good to see Sigma putting a cap on the lens’s minimum aperture. 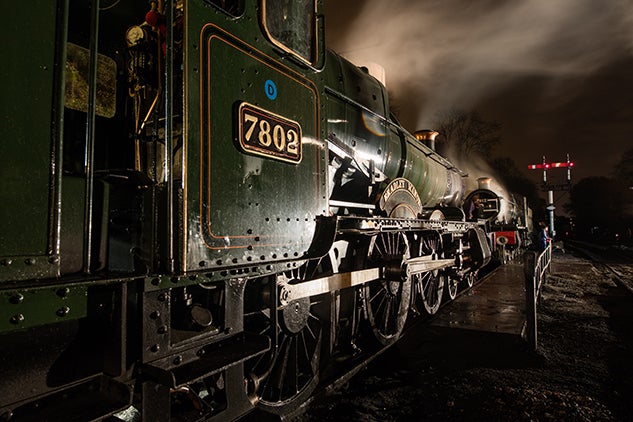 Equally as impressive is the way this lens controls curvilinear distortion. Although it’s not entirely distortion-free, the barrel distortion it does exhibit is negligible and can’t easily be traced in shots straight out of the camera. I did notice some signs of purple and green fringing at the edges of the opening image to this review, but that was only obvious at very close magnification. At the time of testing we were still awaiting a new lens profile update from Adobe. When this does become available we expect these signs of chromatic aberration and barrel distortion to be resolved with a single click of the ‘Enable Profile Corrections’ box beneath the Lens Corrections tab. 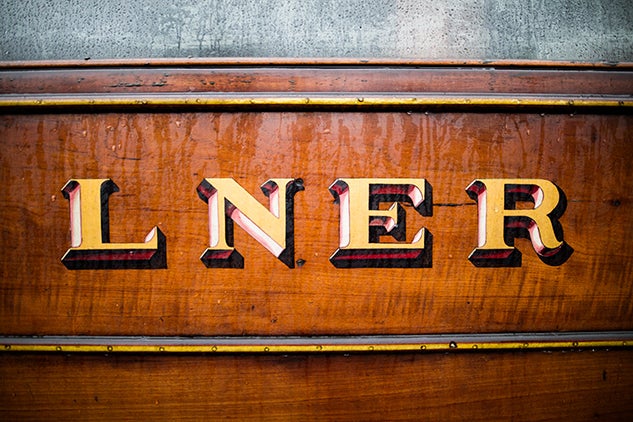 Vignetting is clearly obvious when the lens is used wide open (f/1.4)

The corners are around 2EV darker than the centre of the image when the lens is used at f/1.4. Closing the lens down to f/2 sees corner shading improve and dialling in an aperture of f/3.2 sees vignetting clear up almost completely. It’s untraceable in images that are taken at and beyond f/4.

The lens resolves a similar level of sharpness in the centre at f/1.4 as it does when it’s stopped down between f/8 and f/11. Our Applied Imaging test results show the lens is at its sharpest in the centre around f/4, but to record the finest level of edge-to-edge sharpness across the frame you’ll want to shoot between f/5.6 and f/8. Users can still achieve great results at f/11, but diffraction does start to soften images slightly when you push to its f/16 minimum. 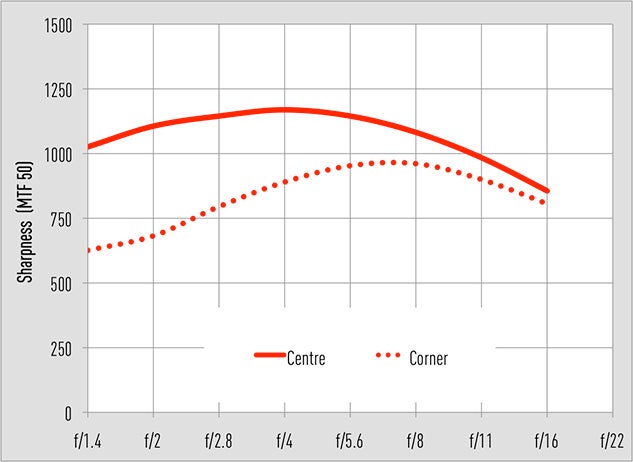 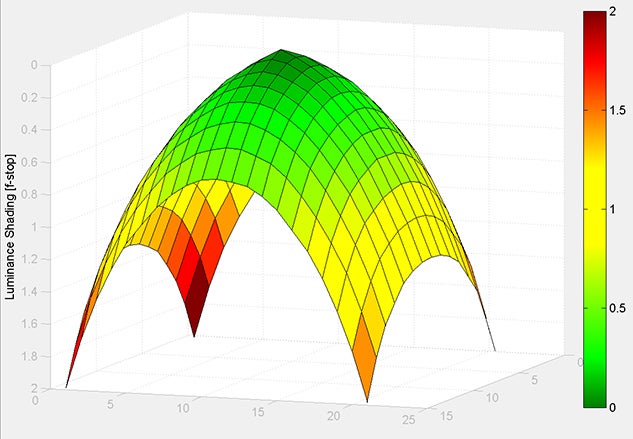 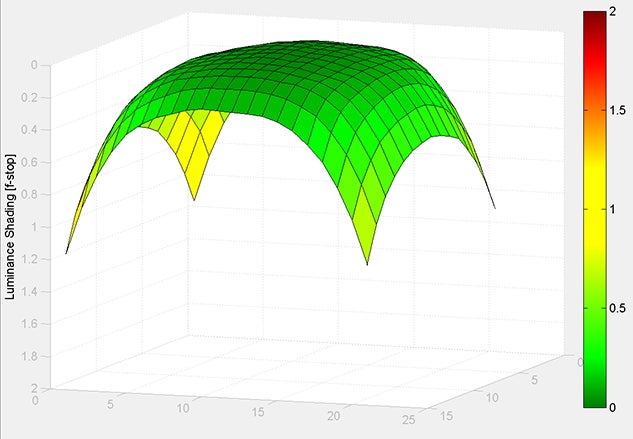 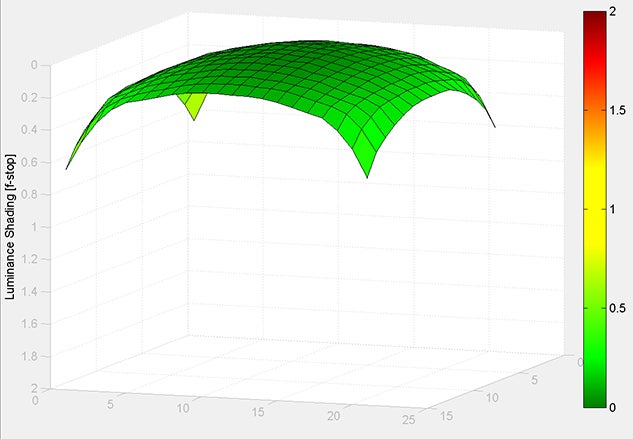 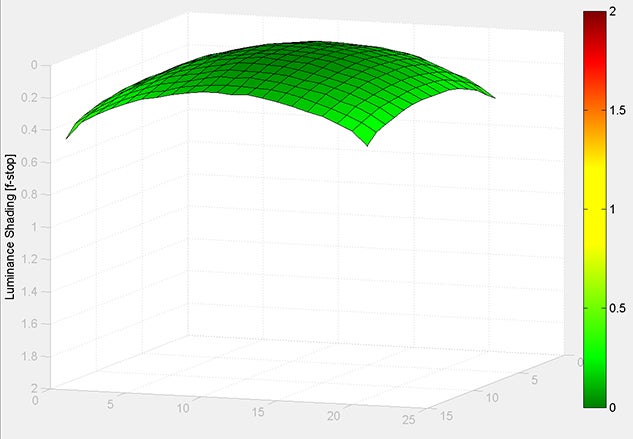 Barrel distortion can be seen in our test results, with straight lines bowing out slightly towards the corners. If you do want to remove this, it should be a relatively quick fix when Adobe releases a lens profile for Lightroom, Photoshop and Camera Raw. We’re expecting this to be available very soon. 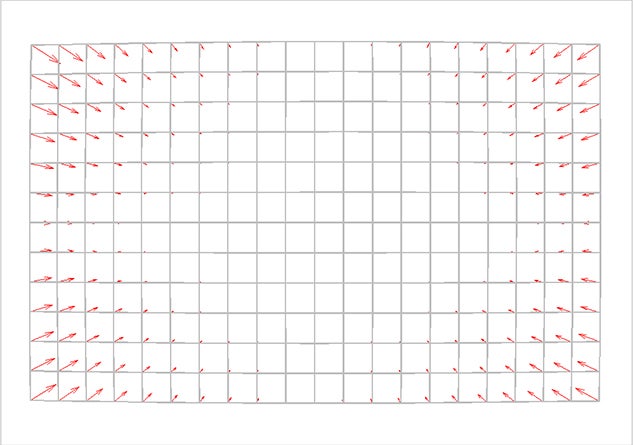 The wide focal length combined with the extremely fast maximum aperture and £849 price tag might suggest the appeal of this lens will be limited, but for those who regularly find themselves wanting to squeeze as much of their surroundings in the frame – and for those who’d like to gain an extra couple of stops when working in low light – it’s a very tempting choice indeed. 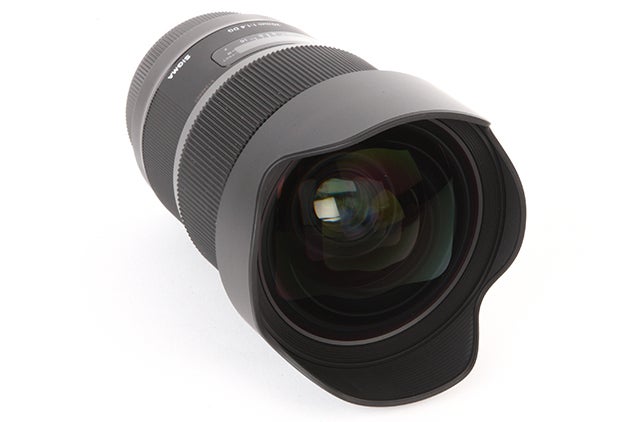 The Sigma 20mm f/1.4 DG HSM | A is a lens with lots of positives and only a few negatives

By paying a premium for this lens you get first-class image quality and performance in return. It’s a lens with many positives and only minor negatives. Those who’d like to attach filters will have to be patient and wait for adapter rings to become available, and the fact it doesn’t feature weather sealing means you’ll need to take precautions in inclement weather.

Overall, this is yet another valuable addition to Sigma’s Art line-up of premium lenses and once again highlights Sigma as a brand that’s at the forefront of innovative lens design.