The Shure SE846 are ultra-high-end earphones, the top model in the universal Shure IEM (inner-ear monitor) line. At around £799 new these days, they’re among the most expensive non-custom earphones in the world.

Are these world-class headphones? Of course they are. However, their signature will predominantly suit those after a warmer-sounding earphone. While you can get a sparkier sound with the right amp, they’re not the best pair for fans of a brighter sound. 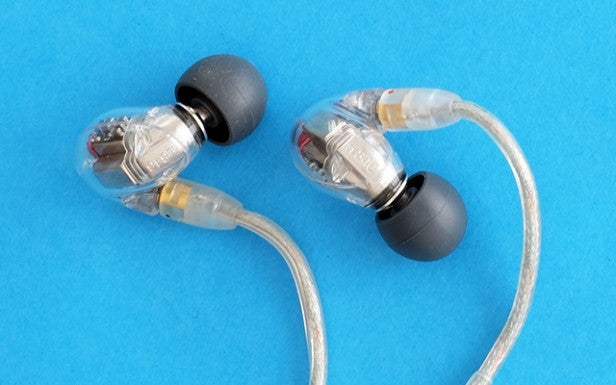 The Shure SE846 slot-in neatly among the other SE-series earphones. Below this model sit the superb Shure SE535, one of the most popular sets of high-end IEMs.

Like the other models in this range, the Shure SE846 are fairly large. This pair in particular has to be, because each earpiece fits in four drivers. That’s right: four separate drivers per ear.

This is because like so many other top-end earphones, the Shure SE846 use balanced armature drivers, which tend to struggle to recreate bass frequencies at the same level of a bog-standard dynamic driver. That’s why they need four of the things, with multiple units dedicated to the lower-end frequencies. 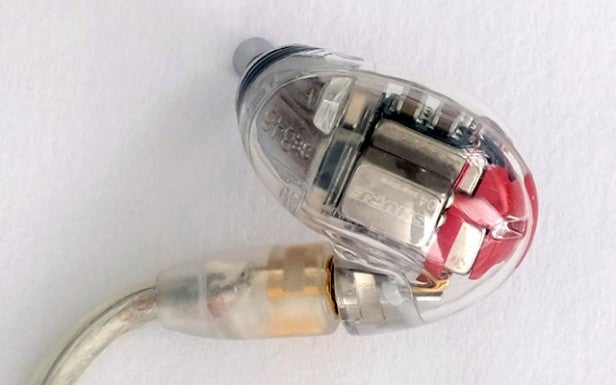 You can actually see the casings of the micro drivers from the outside of the Shure SE846’s shells. They’re transparent, letting you see how the engineering of these not-so-little earphones actually works. It’s impressive stuff.

Not everyone is going to love the Shure SE846 design, just as not everyone loves the Shure SE535’s style. As well as being fairly large, they’re far more particular about how they are worn than most earphones, including the set’s two big competitor pairs at the price, the AKG K3003i and Sennheiser IE800. Both of those sets have a relatively conventional earpieces you can bung-in fairly carelessly.

The Shure SE846 are different. They are designed to be worn over the ears, with a piece of shape-maintaining wire sitting within the last few centimetres of cable as it meets the earpiece. You don’t absolutely have to wear them over your ears, but they don’t feel right otherwise. 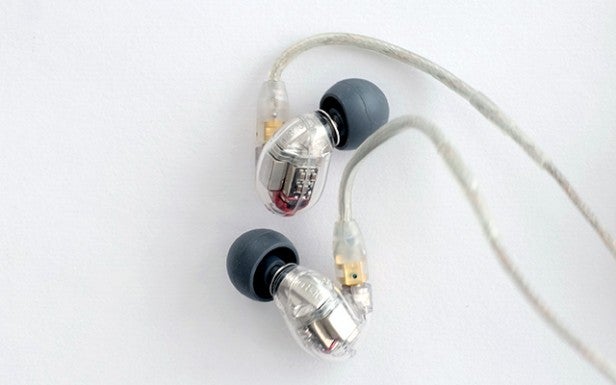 You may need to fiddle around for a bit to find a truly comfortable fit. Like the other SE-series headphones, the Shure SE846 use Shure’s classic olive-shape tips. A load are included, as well as some foam tips and a triple-flanged pair.

To top the list high-end features, the Shure SE846 cable is also removable. It uses MMCX connectors that can just be yanked out with a firm tug so that they’re easy to replace and don’t threaten to damage the earpiece under pressure. Unfortunately our pair has actually been fitted with a lower-end Shure SE215 cable (a mix-up at Shure HQ, we imagine), and while there may be a slight difference with the silver-plated standard SE846 cable, we’re not big believers that a simple cable can radically alter the sound signature of an earphone. 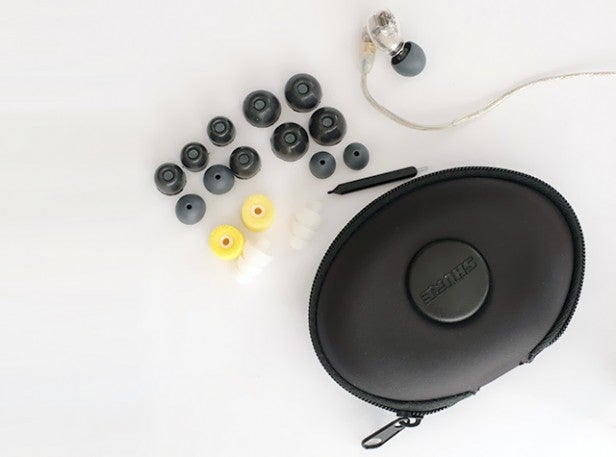 Even this low-end cable feels tough and very well-made. Shure’s cables are somewhat infamous for going a bit stiff after a few years of daily wear and tear (something that has improved in recent years), but both official and custom third-party cables are available from £30.

You can spent a whole lot more if you want. We tend to advise spending more on the initial earphone package rather than factoring-in the extra expense of an aftermarket cable. But that’s not so easy at £800. The only way to spend more is to go fully custom and get a set moulded to your ear’s shape.

At this sort of price we have big expectations on sound quality, and for the most part they’re met. The Shire SE846 offer tremendous bass and mid-range, getting you an awful lot of power and authority in the delivery of music without even a hint of unbalancing bullishness in the lower registers.

The transition between bass and mid-range is perfect, and the texturing and separation of the mids is terrific. Shure is also pretty keen to talk about exactly how it manages the SE846’s excellent bass performance. It likes to call the driver arrangement a combo of a three-way ‘speaker’ system plus a subwoofer, even though all four are microdrivers.

It uses a low-pass filter, seemingly to limit the frequencies the ‘sub’ driver needs to deliver, making it all the more effective at the ones it does produce. 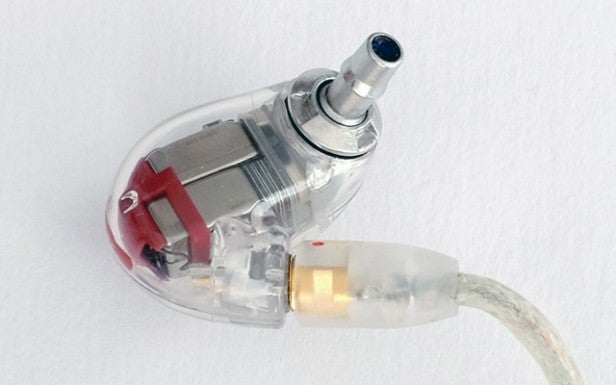 However, plugged straight into a source without a dedicated amplifier (we used various sources during testing), the treble is a bit conservative. Polite treble is common to Shure earphones, of course, but it’s definitely something to consider when you’re spending this much on a pair.

This improved a bit when we plugged-in the Oppo HA-2 headphone amplifier, but whatever your source and amp (if one at all), the sound style is more warm and rich than very obviously sparky and detailed.

So far we’ve been talking about the Shure SE846 in its ‘balanced’ setting. There are two others as well. Like a handful of other higher-end earphones, this pair uses custom filters that alter the sound signature to suit different tastes. 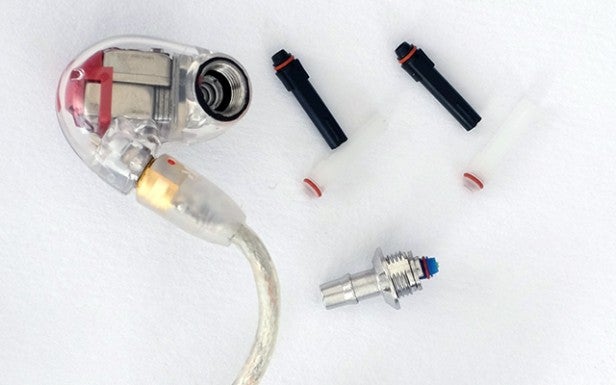 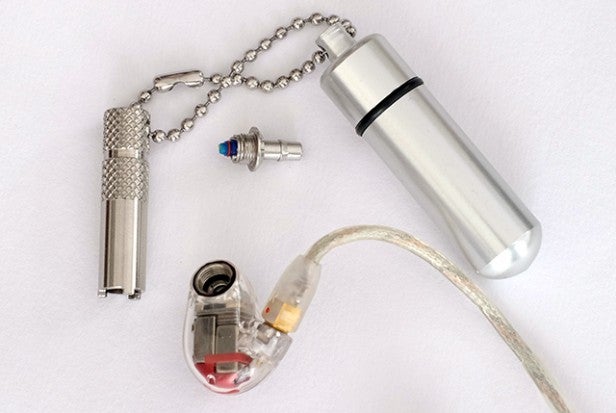 We’ve not mentioned these until now as they’re ultimately worse than the neutral filter, upsetting the balance a little by, in turn, giving the sound a 2.5dB localised bass and treble emphasis. While neither would sound remotely bad in a cheaper earphone, the bass destabilises the relationship between bass and mids, and the ‘bright’ filter has a slightly tiring edge compared with a high-end earphone natively tuned for this sort of sound.

As is so often the case with these sorts of filters, the neutral or default one is the best. For a little more information: you actually partially deconstruct the earpieces to access the filter. Using a little included tool you unscrew the aperture part of the bud, and pull out the filter, which sits within the earpiece aperture.

They’re fairly easy to change, but we think most of you will have a preference for just the one set. They are markedly different, after all. 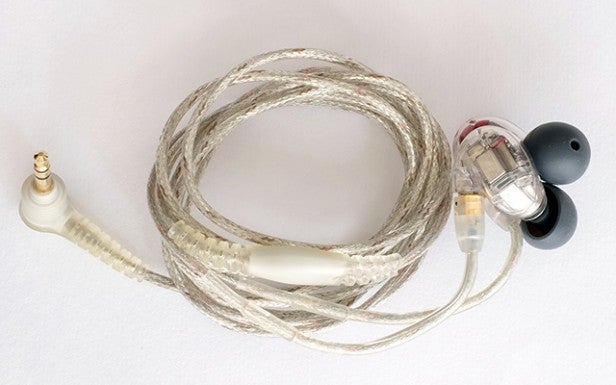 If you value mid-range or bass quality in an earphone above all else, the Shure SE846 are an excellent choice. They match power with an incredibly natural tonality that can be quite wonderful.

However, among high-end earphones in general the treble is not particularly pronounced with the balanced filters attached, which are the only ones we particularly recommend using. Both the Sennheiser IE800 and AKG3003i offer a slightly more obvious, overt treble detail.

Which of the three would we pick? While we don’t have all three to hand, having reviewed the other two quite some time ago, sonically the AKG K3003i are perhaps the most close to a ‘reference standard’ of the three. However, they come with a fairly serious practical issue. The AKG K3003i cables are non-removable, making their long-term survival a real worry if you’re planning on using them on a daily basis.

Warm and rich-sounding earphones for high-end headphone fans after a less analytical sound.