While I was attending CES in January I shared a very pleasant breakfast with the folks from Shure. In between munching on omelettes and toast I got the chance to try out Shure’s new SE range of earphones that were being launched at the show. Since then I’ve been waiting to get my paws on review samples of the new SE range, but now the wait is over.


A few days ago I received a package containing the SE210, SE310 and SE420 earphones – quite a nice package to land on your desk first thing in the morning, that’s for sure (no pun intended). With “kid in a candy store” mentality I went straight for the SE420s and still have them plugged into my ears right now.


The SE420s differ from the SE210s and SE310s in one very important area, they incorporate a twin driver model. This means that inside each earphone are two discrete speakers – one speaker for the high frequencies, and another low frequencies. A crossover is employed to separate the audio stream and send the correct portions to each speaker. 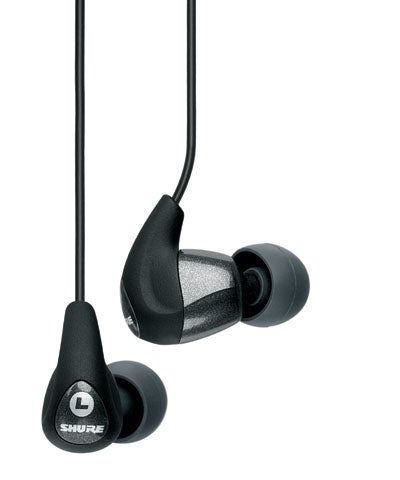 The result of a dual driver setup should, in theory, produce a soundstage with both increased clarity and warm, full bass. Unfortunately that isn’t always the case as a poor crossover can result in the high and low frequencies sounding distinctly separate, resulting in a loss of cohesion when listening to music. This is a problem that’s often encountered with 2.1-channel speaker sets, where the bass often comes across very heavy handed, with the high frequencies sounding like a separate entity and the midrange lost completely. Thankfully Shure hasn’t fallen foul of these issues – not that I would have expected a company with Shure’s audio heritage to get something so fundamentally wrong of course!


To be honest, I knew that I was in for a treat when I plugged the SE420s in, since the last Shure earphones I reviewed were the E500PTHs, which are without at doubt, the best in-ear earphones that I have ever listened to. The E500PTHs actually employ a triple driver model, so getting things right with a dual driver set of earphones should be a piece of cake for Shure.


For anyone who’s been waiting for Shure’s new line of earphones to break cover, you’ll be pleased to know that it was definitely worth the wait. If you lusted after the E500PTHs but couldn’t afford the stellar price tag, you need to take a close look at the SE420s. The dual drivers in the SE420s give a very good account of themselves, producing a completely cohesive sound – vocals are crystal clear while bass lines thump and flow through your head.

As usual I threw a wide selection of music at the SE420s, consisting mainly of high bit rate or lossless tracks – after all, anyone thinking of spending a significant amount of money on earphones isn’t going to be listening to low bit rate, poorly encoded music! First up on the audition list was Glory Box by Portishead, a track that can quickly highlight any limitations in earphones or speakers. The SE420s took this test in their stride though, reproducing the haunting vocals perfectly while the heavy bass beats reverberated through my brain. Many lesser earphones can struggle with this track, resulting in woolly vocals or distorted bass. Even when pumping the volume up to an uncomfortably high level, the SE420s refused to allow any distortion to enter into the proceedings.


Changing tack completely I fired up Where The Streets Have No Name by U2, and once again the SE420s impressed. The Edge’s guitar riff is expertly rendered, while Bono’s vocal wailing flows over the top of the music without overpowering it. And while the bass line is subtle, it’s easily picked out and adds just the right amount of weight. 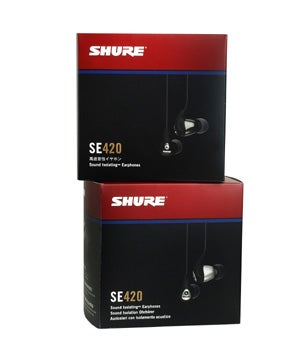 Heading off on another tangent, I went with The Boxer by Simon and Garfunkel – my favourite song from that particular dynamic duo. Despite being quite a simple arrangement, this song can often sound harsh when listening on inferior earphones, but there was no such issue with the SE420s. Every pick of every string of every acoustic guitar can be heard, despite the vocal harmonies taking centre stage. And even though there is no dominant bass line, the SE420s still managed to make the whole song sound warm and soothing.


Finally I threw a complete aural assault at the SE420s, in the form of Breathe by The Prodigy. This is a track that can often turn into a cacophony of noise when you pump the volume up, with heavy beats coming at you from every angle and vocals that tear through your ear drums. But once again the SE420s didn’t break a sweat, with every bass beat, every clash of percussion, every scratch and every lyric easily discernable, without losing any cohesion along the way. And no matter how loud I pushed the volume, there wasn’t the slightest hint of distortion. 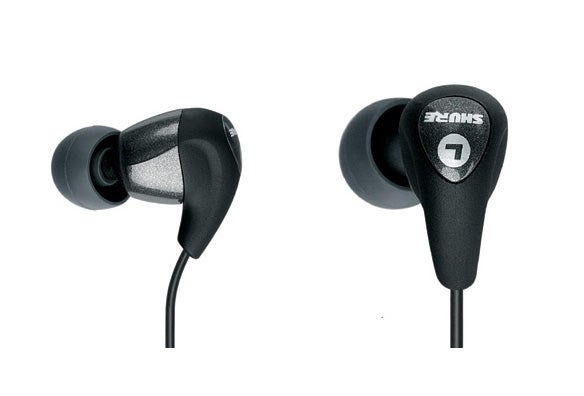 
In fact, the only thing that took any sort of shine off the sound from the SE420s was plugging my E500PTHs in and listening to the same music. The E500PTHs really do put all other earphones in the shade, but you’re obviously paying a high price for that performance. When it comes to the best price/performance ratio, the SE420s pull ahead of their more expensive siblings.

It’s not just the superb sound quality that Shure earphones have going for them either, the build quality is also second to none. In fact if you put the SE420s next to the super.fi Pros, the two products look worlds apart. Shure uses thick, heavy duty cabling on all its earphones, that looks like it can easily survive a life of being wound and unwound, tugged, folded and generally abused. Also, the cabling is modular – the cable directly attached to the earphones is short, while a 91cm extension cable is also supplied. All the plugs and connectors are gold plated and have the same heavy duty feel as the cabling. The modular design also means that you could add the Push To Hear module that came with the E500PTH earphones – this is now available separately, allowing any Shure user to add one to their setup.


Shure has also changed the design of the foam sleeves with the SE range. The foam sleeves seen with previous Shure earphones were bright yellow and flat at the end. The new foam sleeves are black, have a silky coating and are tapered at the end – this makes it easier to insert the earphones into your ears, while also making them more comfortable to wear for extended periods. You get three sets of foam sleeves and three sets of silicon sleeves – both come in small, medium and large sizes. You also get a pair of triple flange silicon sleeves, although I’ve yet to find anyone who finds these comfortable. The SE420s also come with a zip up carrying case, like the ET500PTHs, a wax cleaner, an airline adapter and an inline volume control. 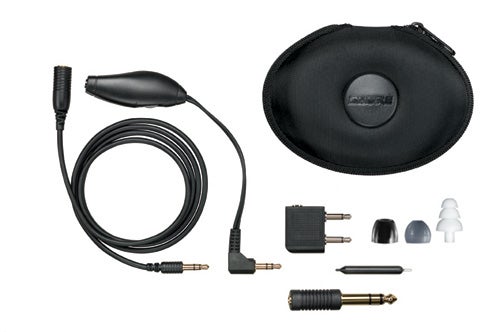 As with any high quality product, the SE420s don’t come cheap, and because Shure sent me early samples of the SE range, there aren’t any retailers actually selling them yet. I therefore have to go with the retail price, which is a substantial £249. Now, there’s no denying that this is a lot of money to spend on a pair of earphones, but if you’re serious about your music, you’d be a fool to use the earphones that came bundled with your MP3 player.


Ultimately the SE420s, like the ET500PTHs before them, are aimed at the mobile audiophile. Whereas the premium ET500PTHs are targeting the serious audiophile who will only ever listen to lossless or uncompressed encodes, the SE420s are aiming at the user who will employ the highest possible bit rate, for the best combination of quality and storage. What ever music player you use, I can guarantee that these earphones will make it sound better and you’ll wonder how you ever listened to your music without them.


Shure has created a superb set of earphones in the shape of the SE420s. I maintain that the E500PTHs are still the best earphones that money can buy, but the SE420s are a far more affordable option. As I said earlier, if you’ve been lusting after the E500PTHs, but could never afford them, take a close look at the SE420s – they offer much of the performance of their big brother at a fraction of the price.