The biggest problem with portable music players is that they only sound as good as the headphones you plug into them. If you’re a regular reader of TrustedReviews, you’ll know that the best thing you can do with the bundled headphones that came with your player is throw them in the bin. Although some bundled headphones are better than others, I’ve never encountered any that I’d want to listen to for more than a few minutes.


The difference that a good set of earphones can make to an MP3 player is staggering, but as with most things, you get what you pay for. I maintain that the Shure E500PTH earphones are, quite simply, the best that money can buy – but you are going to need a lot of money to buy them. Most consumers will find it hard to justify spending twice as much on earphones than they actually spent on their MP3 player, and I can accept that. 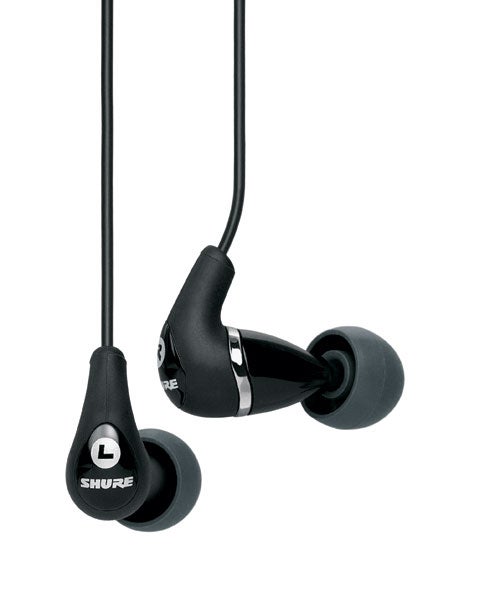 Shure is also well aware of the fact that not everyone can afford the E500PTH earphones, so its new SE range covers a broad price range. The dual driver SE420s that I reviewed recently were very impressive indeed, and produced a sound that eclipsed even the award winning Ultimate Ears Super.fi Pros. Of course the SE420s are still pretty pricey, with a retail price of £249 – that’s enough to put off many prospective buyers, despite the fact that, in my opinion at least, they’re worth every penny.


So today, I’m looking at the next step down the pecking order from the SE420s, the SE310s. The Shure SE310s carry an RRP of £169.99, although I would imagine that the street price will be a little below that when they hit the retail channel. That pricing puts the SE310s directly up against the aforementioned Ultimate Ears Super.fi Pros, which isn’t an enviable position when you consider that the Ultimate Ears are dual driver earphones.


The SE310s use a single driver solution, but they also incorporate Shure’s Tuned BassPort technology, to increases the bass response. This is something that proved to be an issue with the Shure E4c earphones that we reviewed about a year ago – although the clarity was superb, they lacked bass, which sometimes robbed music of some of its drama. Thankfully the SE310s are a definite improvement on the E4c set, and there’s a far more balanced sound on offer.

Like the SE420s, the SE310s feature heavy duty cabling that feels like it can easily survive any amount of tugging, pulling and winding. The modular design means that the actual earphones have a relatively short cable that then plugs into the 91cm extension lead – all the plugs and sockets are gold plated and have a reassuringly solid feel to them.


In the box you get three pairs of foam sleeves in small, medium and large sizes along with three pairs of soft flex sleeves, also in small, medium and large. You also get a pair of triple flange sleeves, although you’d need to have pretty strange ears to feel comfortable with these plugged into them! As I mentioned in the SE420 review, the new foam sleeves are superb – as well as being incredibly comfortable, they also block out the vast majority of ambient sound when plugged into your ear canal. Rounding the package off is an ear wax cleaner and a zip up carry case. 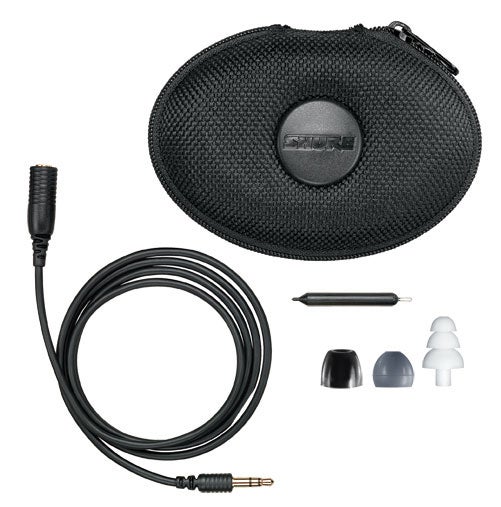 I decided to kick off my listening tests with some Corinne Bailey Rae, without a doubt one of the best young talents to hit the music scene for some time. Like a Star is a great audition track, filled with beautifully subtle sounds complemented by Corrine’s truly angelic vocals. The SE310s managed to pick up every sound, no matter how subtle – every slide down the fret board of Ms Bailey Rae’s guitar can be heard, and every pick of every string is easily discernable from the last. As the accompaniment flows into the mix, there’s a pleasantly warm bass feel to the proceedings, not overpowering, but strong enough to make its presence known.


Moving on from the delicate vocals of Corinne Bailey Rae, I fired up Christina Aguilera’s Back to Basics album. It’s very easy to dismiss Miss Aguilera’s music as trite pop, but nothing can change the fact that she possesses a staggeringly good voice. In fact the sheer power of Christina’s vocal range can often prove to be too much for some earphones, with the sound descending into a cacophony of distortion. The SE310s handled themselves very well, with full-on R&B tracks like Slow Down Baby coming across full and loud, but without becoming muffled or distorted. Meanwhile, acoustic and vocally led numbers like Save Me From Myself conveyed a beautifully subtle side to that sometimes overpowering voice.

Next I turned to the infinitely talented Ian Brown and FEAR. Here the SE310s gave a good account of themselves, but for the first time I found them sounding slightly thin, with this undoubtedly powerful track losing some of the drama that I’m used to when listening to it. OK, so I’m usually listening to this track on my Shure E500PTH earphones, but plugging in the Ultimate Ears Super.fi Pros also produced a far fuller sound, without the loss of any clarity at the high end.


I did extensive back to back testing with the SE310s and the Ultimate Ears, and there’s no doubt that the latter offers a more powerful sound with stronger bass response, which isn’t surprising considering the dual driver setup. Does that mean that the Ultimate Ears produce better sound? Well that’s all a bit subjective, as is always the case when listening to earphones. In isolation, the SE310s sound superb in almost every instance, but there’s no getting away from the fact that the dual driver Ultimate Ears Super.fi Pros are more flexible across a wide range of music, while also being cheaper than the Shures.

If your budget can stretch to the excellent Shure SE420 dual driver earphones, don’t think twice, just buy them. But if you really can only spend around £160, you’re going to have to make a tough choice. I’d say that the Ultimate Ears Super.fi Pros have the Shure SE310s beaten in the sound quality stakes, but I also know that some listeners may find the extra bass a little overpowering and prefer the slightly dialled back sound of the Shures. Also, the Shures feel far more robust than the Ultimate Ears, so if you’re rough with your earphones, that’s worth considering.


The Shure SE310s are a definite improvement on the E4c earphones that we tested a year ago. These earphones will totally transform the way your MP3 player sounds, but with an RRP of £169.99 they’re more expensive than the dual driver Ultimate Ears Super.fi Pros. If it was my money, I’d probably go for the Ultimate Ears, or better yet, I’d save a bit harder and buy the Shure SE420s instead.


If Shure had a set of earphones that performed almost as well as the SE310s, but managed to hit that magic sub-£100 price point it could have a real winner on its hands. Hang on, that sounds a lot like the SE210s that are sitting on my desk right now – stay tuned for a full review!