As a quick search of our website will show, the ‘just under £100’ earphone market is hardly un-catered for. All the usual suspects – including Shure, Philips, Etymotic and Sennheiser – are well represented and if anything, it’s a price range that could be described as oversaturated.


I’d argue, however, that this is a good thing for consumers. For a start, I maintain that £90 is pretty much the sweet spot of price versus performance, above which the average MP3 listener won’t notice, or care about the improved performance on offer. Further, with so much competition, any manufacturer hoping to release a new £100-odd proposition needs to try that little bit harder if it is to fend of its rivals. 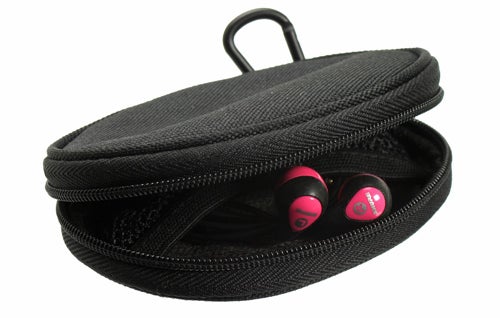 It’s a challenge Shure has risen to with the SE115 in-ear ‘phones. Sitting between the SE110 and SE210 earphones both in name and in price – at around £90 – the SE115 earphones continue Shure’s recent trend of opening up its range to a wider audience than would – or could – afford its higher end products, such as the SE420 and E500PTH/SE530 earphones.


Hinting at that consumer-friendly attitude, the SE115’s are available in four colours: black, blue, red and pink. I just so happened to be sent a pair of the later and I think they look pretty snazzy, although I’ll confess to receiving a few strange looks on the tube. Some people just can’t appreciate how subtly tasteful vivid pink is, I suppose.


Colour options aside, there’s little new about the SE115s’ design, which is no bad thing. The same cable-over-the-ear insertion method present on other Shure ‘phones applies here, as does the modular cable design. I still think the lower section of the cable is a little thick, but it certainly can’t be called flimsy.

Being at the lower-end of Shure’s range, the SE115 earphones don’t come in quite as comprehensive a bundle as the ‘prosumer’ models. That said, the package still isn’t exactly stingy, including everything I can see the average user wanting. The SE115s themselves feel like they should survive the rigours of regular use, more so than a pair of Klipsch Image X5 earphones certainly.


A soft case – with, for some reason, a karabiner attached – is provided to protect the ‘phones in transit. Inside this are three sizes of silicone tips and the same number of foam tips. Last and probably least too is an earwax cleaning tool, for keeping the SE115s pristine. 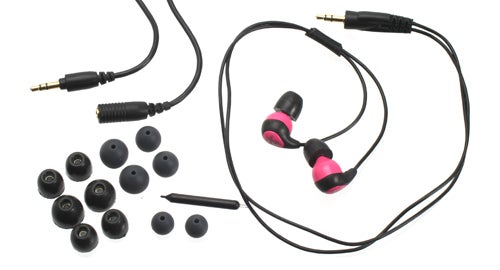 It’s amazing how quickly wax can build up over time; or maybe there’s a swarm of bees in my head and I just don’t know it. You decide. Either way, I find a fingernail more useful than the dedicated tool for my purposes, but I’m sure someone reading this will disagree.


As ever, Shure’s foam is wonderfully comfortable and does a brilliant job of isolating external sound. And as we all know, the more effective a set of earphones are at excluding external sound, the better the audio experience. Furthermore, good isolation also means less audio bleed, which in turn means lower required listening volumes. All that from a simple cone-shaped piece of foam!

While the SE115’s undoubtedly produce plenty of bass, it’s by no means overpowering and doesn’t compromise clarity. For listening to the like of Wagner’s Die Walküre the Shure SE115s are nigh-on perfect, offering the level of detail the music deserves, alongside the power and presence demanded. Likewise, the vocally driven Fountains of Wayne – yes, of Stacy’s Mom fame – cover of Britney Spears’ …Baby One More Time is a joy to listen to. Partly just because it’s a fantastic track, but also because it sounds great through the SE115s.


With a decent source, such as a Sony S-Series or Creative Zen, plenty of detail can be eked out from a halfway decent MP3 rip. Lily Allen’s Alright, Still was reproduced as well as one could hope from a set of single-driver ‘phones; Smile and Everything’s Just Wonderful come across with presence and cohesion that are the marque of Shure earphones. 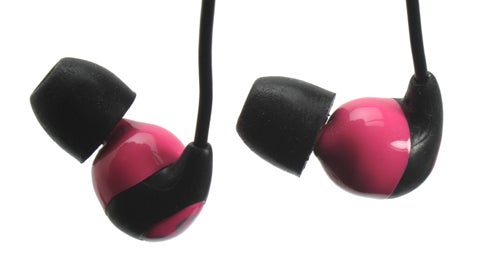 Admittedly, clarity isn’t quite up there with the Etymotic Research hf2 headset. Cymbals can sometimes sound a tad muddied and while I am generally a fan of the cohesive soundstage the SE115s offer, throwing more complicated tracks at them – Mindless Self Indulgence’s Due and Never Wanted to Dance, for example – can make things sound a bit woolly. It’s not fatal, bit it is noticeable.


As I suggested a couple of pages ago; the price point Shure has tried to hit is a ruthless one. Not only are there plenty of newer, rival ‘phones available in that bracket, but a number of Shure’s own older models are also available for similar money. Two years ago, a pair of Shure SE310s cost around £170; now they can be picked up for just under £110 – only £10 more than the SE115’s MSRP. Okay, they don’t come in pink, but they do sound better.


If you have an iPhone, Etymotic Research’s hf2 headset arguably sounds better and has the added bonuses of an in-line remote and microphone as well as being upgradable with custom tips!


The Shure SE115 earphones are a sad victim of their market’s success. There’s no doubt they’re a great set of ‘phones, but competition is fierce in their price range and there’s better value for money to be had elsewhere right now.