The problem with portable music players is that the earphones that ship with them are invariably rubbish. That in itself isn’t an insurmountable problem, but the fact that the vast majority of users just use the earphones that come in the box, means that they are never really experiencing their player or their music collection as they should. This is a shame because the selection of high quality third party earphones has never been greater, and you don’t have to pay the earth to experience a massive improvement in sound quality. 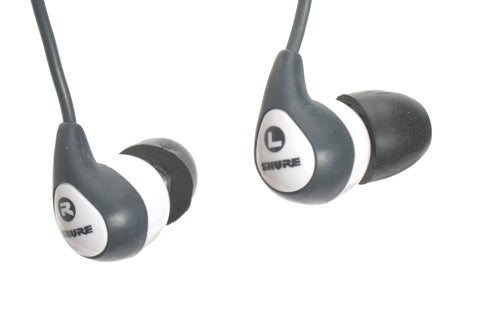 As with most products, you can spend as little or as much as you like on earphones and to a certain degree, you really do get what you pay for. I still maintain that the Shure E500PTH earphones are the best that money can buy, although you’ll need a fair bit of money to buy them at around £300 on the street. That said the near identical Shure SE530 set (sans PTH module) can be yours for as little as £215, but that’s still a huge outlay for most consumers, and probably more than they paid for their player in the first place.


With cost in mind, I was very impressed with Shure’s SE210 earphones, which combined impressive sound quality with affordability. The SE210s carried a retail price of £99, but can be found on the street for around £70 online now, making them an attractive proposition for anyone who wants to improve the sound quality of their player without breaking the bank. 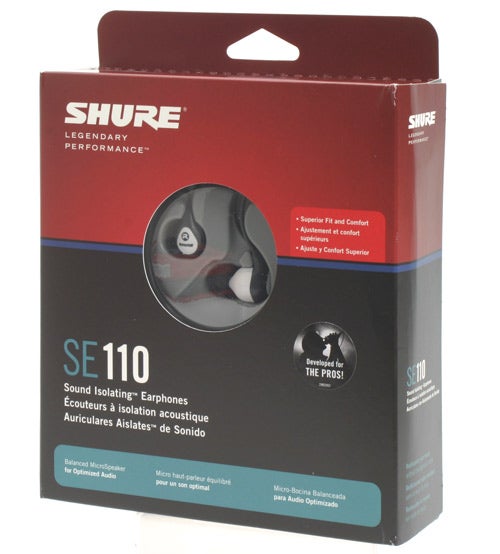 But now Shure has taken things a step further when it comes to affordability with the SE110 earphones. The SE110s represent the new entry level for Shure and to all intents and purposes, directly replace the hugely successful Shure e2c set. Although the £69.99 RRP on the SE110s looks a bit steep considering the fact that the SE210s can be had for a similar price on the street, a little bit of digging turned up a street price of £54.99 for the SE110s already. So you can expect these babies to drop below the £50 mark sometime soon.


So, what we’ve got with the Shure SE110 earphones is an affordable upgrade option from one of the most respected names in the audio industry, which can’t be bad. But as always, the proof of the pudding is in the eating, or the listening, and the SE110s do hold true to the adage that you get what you pay for – to some degree at least.

Obviously the SE110s provide a massive step up from any bundled earphones that you’ll receive with an MP3 player, so they fulfill their main criteria with aplomb. But there are a lot of third party earphones that sound far better than the bundled rubbish that you get with your player, so how do the SE110s stack up?


When I first heard about the SE110s, I was curious as to what Shure had done to cut cost from the SE210s. Although the SE210s lacked the more defined bass response of the SE310s, I thought that the cost saving more than justified that compromise. However, the cost differential between the SE210s and SE110s is far smaller, and therefore I expected the performance to be pretty close. 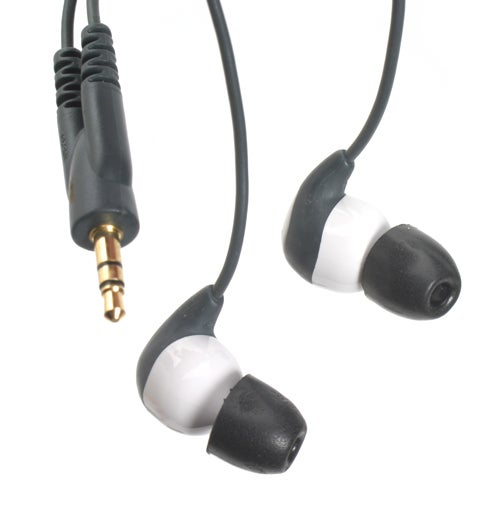 In reality though, there is clear daylight between the SE210s and SE110s, with the former providing better clarity at the top end, as well as fuller bass at the bottom. The SE110s don’t sound thin by any means, but the bass has an almost artificial feel to it, almost as if you’ve applied a Bass Boost EQ setting on your player. There’s no hint of distortion with the SE110s, but the clarity does suffer as the volume is pumped, with the bass injecting a slightly muffled sound into the proceedings, especially when listening to music with heavy beats and strong bass lines.


The limitations of the SE110s are highlighted when listening to a track like What Goes Around Comes Around by Justin Timberlake. The combination of heavy beats and vocal harmonies requires earphones to excel across the whole audio range, but the SE110s couldn’t quite cope. The bass line sounds slightly muffled, rather than strong and defined, although the vocals and harmonies are well resolved, if slightly harsh. Plugging in a set of Shure SE310s or even Denon’s AH-C700s, produces a far more cohesive and pleasing sound – although both those sets cost well over twice as much as the SE110s. 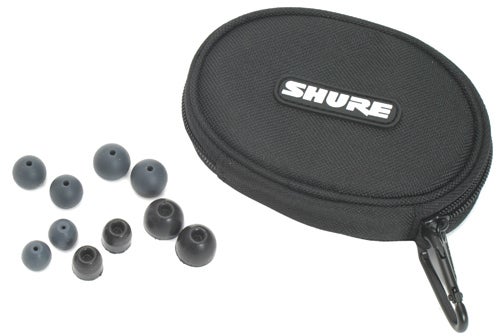 Next I turned to the all too familiar sounding (if you’re a Lily Allen fan) Kate Nash. Whether or not you see Kate as a watered down Lily Allen, there are a few tracks on her debut album, Made of Brick, that help it sound more than just derivative. Pumpkin Soup is one of those tracks and melds a strong bass line, with Kate’s harmonised, LDN vocals, and the SE110s give a very good account of themselves. This is the kind of track that can easily overwhelm earphones, but these Shures managed to maintain a clearly defined sound stage across the full range, without any hint of distortion.

But it’s when you dial things back a bit that the SE110s really shine. Firing up the hauntingly acoustic Hey There Delilah by Plain White T’s proved that these earphones can definitely uphold Shure’s reputation. The SE110s created a lovely warm sound, with each pluck of each acoustic guitar string beautifully resolved, and the vocal arrangement flowing effortlessly over the top. Unfortunately this is the only decent track on an otherwise below par album, so do yourself a favour and by the single track from your favourite online music store.


Like all Shure earphones, the SE110s benefit from the excellent foam tips that ship in the box. I’ve used a lot of high quality earphones, but no other manufacturer has managed to produce tips that are as comfortable as the Shure foams, while the seal is equally impressive. Using a set of foam tips really does block out the vast majority of ambient sound, so you don’t have to crank the volume up on your player and can save yourself from going deaf! 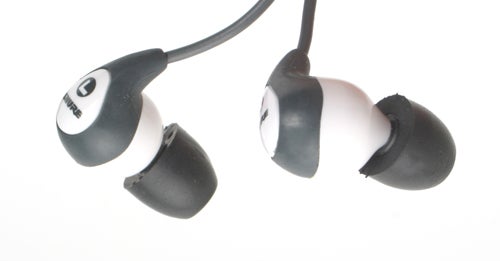 The SE110s also differ from their more expensive siblings when it comes to the bundle too. Although you still get multiple foam and silicone tips, the carry case is very different. Gone is the rigid case that ships with the other Shure SE range earphones, and in its place is a soft canvass carry case. Although this case isn’t as sturdy as the others, it does have a belt hook on it, which may well appeal to some users – not me, but some.


The real point of the Shure SE110s is to open up the world of high quality, third party earphones to a wider market, and I think that many MP3 player users would consider paying the £55 price. However, the biggest problem for the SE110s doesn’t come in the shape of a competing product from another manufacturer, it comes in the shape of a competing product from Shure itself. With the SE210s available for around £69 on the street, I would definitely stump up the cost of a CD and buy those instead.


The SE110s offer a solid entry into Shure’s latest earphone line up. Unfortunately, price erosion on the SE210s means that the SE110s don’t look like the bargain that they should be. The price differential may well change over time, but for now, my advice would be to save a bit more cash and go for the better sounding SE210s – you’ll be happier in the long run.