A few minutes into taking on Shred It, it’s hard not to feel like you’ve been a little cheated. This is a game that, despite its overt similarity to the acclaimed PS Vita hit Tearaway in terms of looks, stands out a mile on the App Store. The paper craft visuals give Shred It an instant feel of quality and, in terms of delivery at least, it’s a high standard that’s maintained throughout, from the game’s menu screens through to the design of the levels themselves.

When it comes to gameplay, however, there’s one unavoidable fact: Shred It is inoffensive and unspectacular, tapping into the kind of endless runner model that’s been prevalent on iOS since the dawn of Temple Run but doing nothing new with it. Yes, it’s well delivered and, yes, it doesn’t make any major missteps, but for a game where so much time and attention has clearly been paid to how it looks, is it cheeky to have expected the development team to have taken similarly bold step forwards with the gameplay itself? 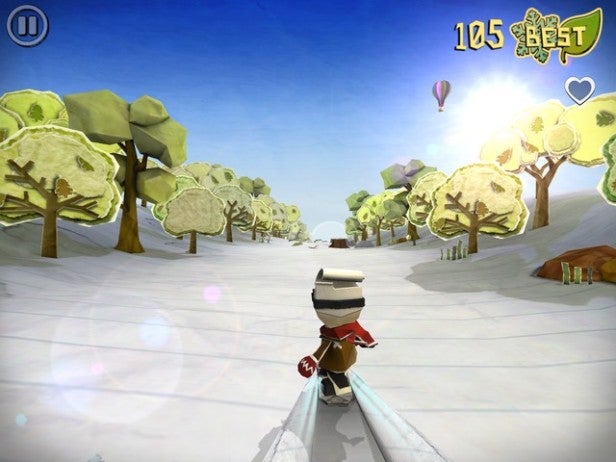 Be aware that making any sort of criticism of Shred It is not an easy thing for anyone to do – everything from the cute cast of playable characters through to the fast paced levels they take to on their snowboards seems designed to bring you on board and win your favour. Even the game’s shop – which is currently Christmas themed, complete with an abundance of trees, fairy lights and other festive frills – is actually a rather charming place to visit, wrapping what is an obvious attempt to prise open your wallet in some especially enticing paper.

Also, on the surface, everything appears to run smoothly. With the camera positioned behind your rider, your goal – whether taking on standard mode or time attack – is to keep sliding down the slope for as long as you can, avoiding obstacles and picking up as many leaves on the track as is possible. Controls are kept intentionally simple with a focus instead placed on reaction times. As such, moving left or right across what is essentially a straight track is a casing of holding your finger down on the associated side of the screen, while jumps or are a case of swiping up, with a swipe down allowing you to dip below mid-air obstacles. 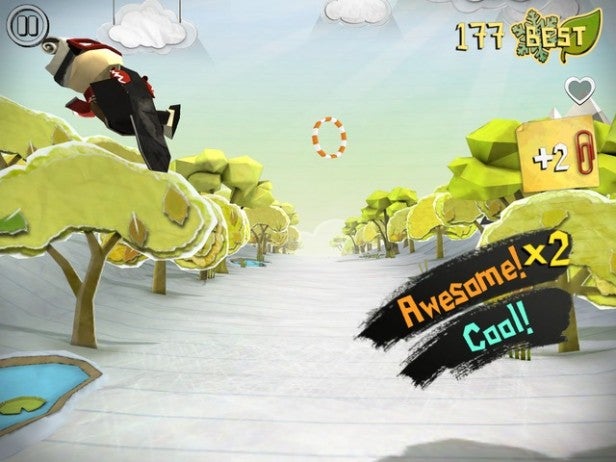 A successful run, then, is a case of piecing all these moves together, darting left and right to move out of the way of logs that stand in your path, jumping through hoops for extra bonuses and sliding under branches to keep your pace up. Contact with either these branches or the full blown logs takes away one of your two lives available by default, though it is possible to restore any lost lives in play by picking up hearts, typically hung in mid-air.

Things are ramped up a little when you switch to Time Attack mode, which – like an old arcade racer – hands you a ticking clock and charges with you lasting as long as you can before it runs out, topping up the time with the game’s signature paper leaves dotted along the route as you rush to make it from check point to check point before the clock runs down. Though it appears as a secondary mode, it’s arguably Shred It’s high point, with the added thrill of knowing time is running out fitting in perfectly with the knee-jerk nature of play. 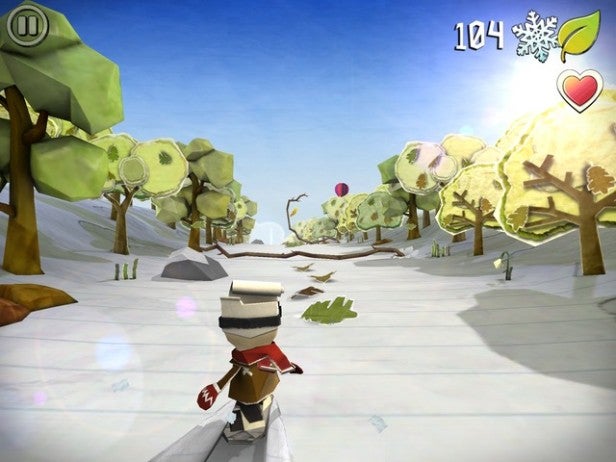 Indeed, as a package, Shred It definitely has its moments and is undeniably entertaining in spells; a particular highlight is flinging yourself skywards with a simple flick timed perfectly to jump through the hoops Shred It routinely drops into your path. When mixed in with dashing left and right and sliding under branches, the whole thing develops a rhythm that thrives on the player’s intuition and flows by quite nicely. In truth, however, even the most basic of endless runners is able to pin play on a pulse that powers things through. A sense of pacing is the first port of call for any game in the genre, and falling at this hurdle would be criminal.

However, aside from the crisp paper craft visuals (the torn edge to almost every single element in play a nice touch), it’s hard to spot anything within Shred It that’s in any way new or original. In mobile’s relatively short history, everything Extra Mile has put together here has been done before, leaving this as something of a refinement of an existing package. 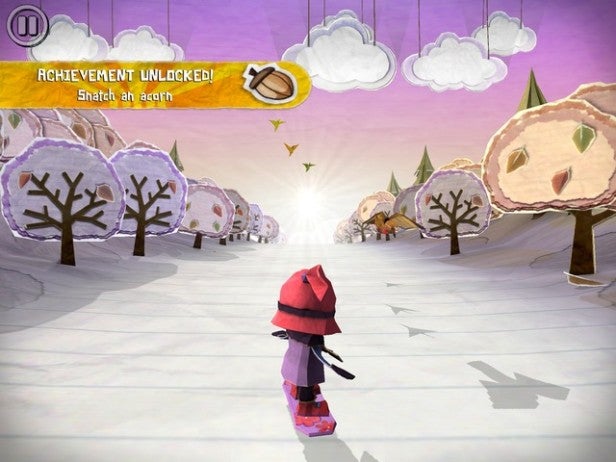 Of course, if you flip things, even managing to pull off an endless runner ‘Greatest Hits’ package could actually be viewed as something of an achievement. Endless runners may not currently be in vogue, but there was a time when they dominated the App Store, handing Shred It has bags of competition from the word go. In that context, it would be unfair to describe Shred It as anything other than one of the genre’s best – it’s just a shame that rather than push the whole scene forward, this is a game that looks to retrace old steps.

Verdict
Beautiful to look at and fun in short spells, Shred It’s wintery take on the endless runner is as slick as it is endearing, but it’s fair to say it does very little to bring anything new to the genre, instead simply refining an existing model and dressing it in some particularly sharp clothes.