It’s unlikely you’ll have heard of Shining Resonance before. Originally released in Japan for the PlayStation 3 in 2014 the game never reaching Western shores. It’s a somewhat unusual choice for remastering as a result.

The remaster sticks closely to its roots, while also offering an all-important alternative mode for those that happened to actually play the game the first time round. If you’re keen to play something that’s a mishmash of every other JRPG you’ve experienced, this is no bad thing, but there’s a distinct lack of passion underneath the clinically designed surface that hinders the overall experience.

Dragons are the main theme of the game. It tells the story of Yuma, a warrior who has the soul of the Shining Dragon within him, and his part in a fight between good and evil. If this sounds familiar, that’s because it is. There are some fairly cute moments within the storyline but all too often, you’ll find yourself nodding along at the somewhat formulaic dialogue without particularly taking it in.

In a nod that feels like something out of a Tales game (remember, this is a mishmash of typical JRPG moments), you occasionally find yourself able to partake in brief side chats with other members of your party, as well as have nighttime conversations that illuminate things a little more. I’d forgive you for skipping some of these though as they’re far from compelling, even if there are eventually some dating scenes. 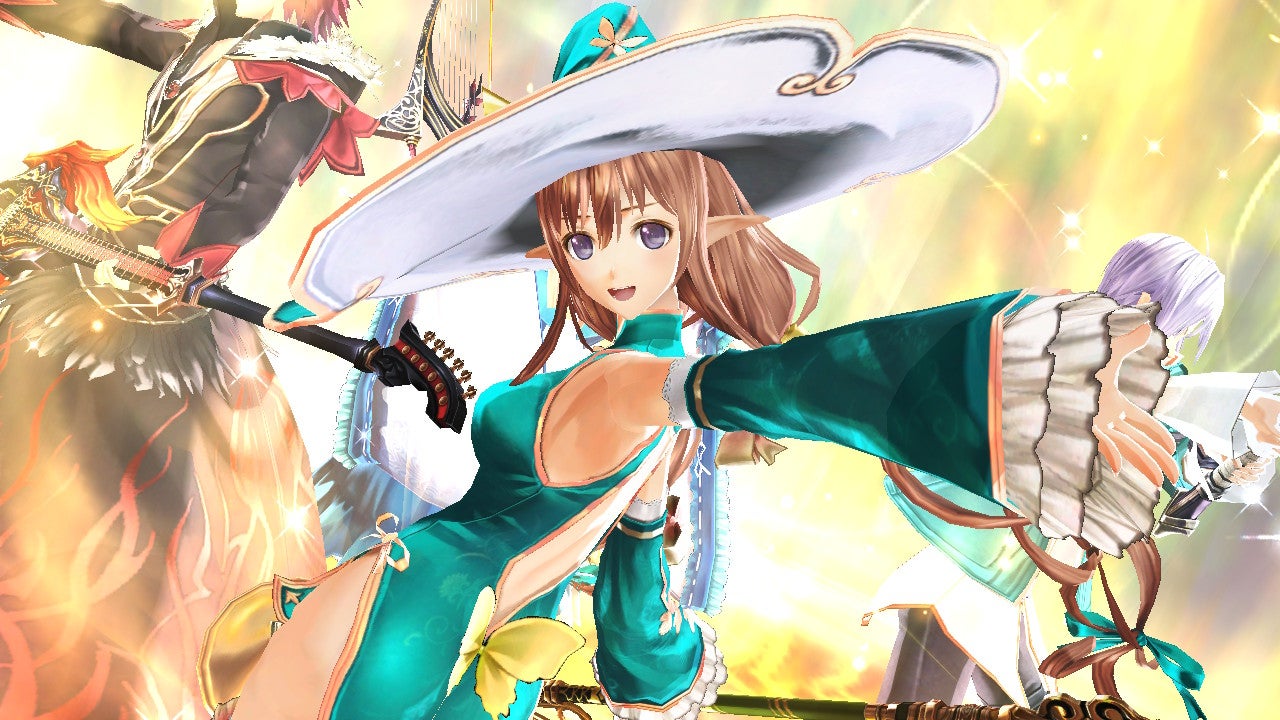 Things only really start to get more gripping during combat. The combat will ring some familiar bells if you’ve played other JRPGs but it’s a satisfying mix nontheless. Reminiscent of the Tales series again, you run into enemies on the world map before fighting against them. The combat is of the hack-n-slash variety, but with a hefty dose of strategy.

Early on, you can get by simply hammering a couple of attack buttons but it soon becomes apparent that some more careful thinking is required. A fairly early difficulty spike teaches you that lesson. Positioning yourself away from the enemy and cautiously approaching them can sometimes make all the difference when they’re about to inflict some heavy damage, for example.

Shining Resonance Refrain soon dishes out some neat additions to the combat formula too. Namely, Yuma’s ability to change into a dragon. The mechanic is a little unwieldy at times and requires more careful consideration than you’d expect, but it’s a useful arrow to your quiver.

Similarly, there’s the B.A.N.D system which allows certain characters to perform a musical performance mid-battle, providing powerful buffs to your party or debuffs to your enemy. Musical instruments play an important role here, with such instruments known as Armonics. It’s almost like Eternal Sonata, a much forgotten musical JRPG based around the life of Chopin. 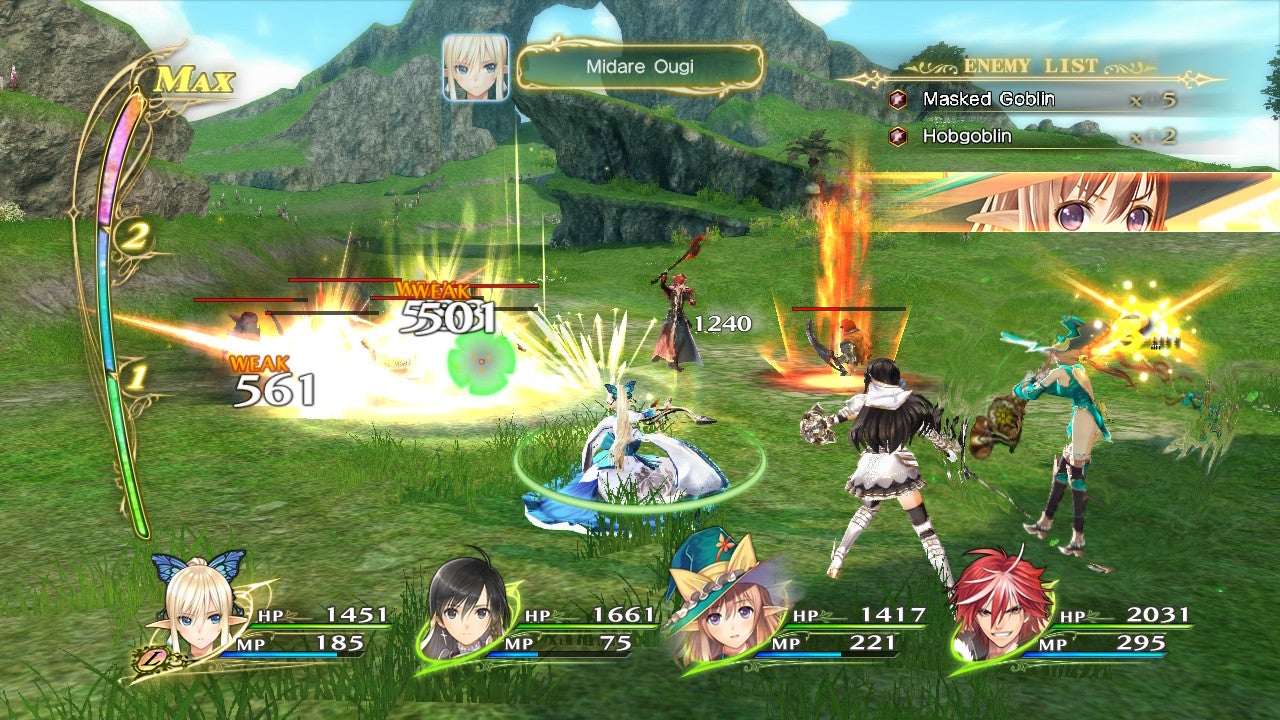 Continuing the smorgasbord of friendly familiarity, bonds can be formed between the characters as they fight together. This is good as strong relationships improve their prowess as a squad. That also happens to be where the idea of Resonance comes into play. Characters being in a specific mood leads to a new and stronger level of support within the party. It sounds complicated but it’s not really. Party menus are streamlined so it’s reasonably clear what’s going on at all times.

There are countless quests too, not tied into the main storyline, though for the most part they just see you complete a series of fetch quests in exchange for items.

Actual exploration feels somewhat limited because of how the game is laid out. There’s the main hub city to explore (it takes less than a minute to wander around) which then guides you down certain paths to explore. There’s no grand sense of wonder, though. You know those moments in JRPGs where you’re a little in awe of what happens next? Shining Resonance Refrain doesn’t really have those. It’s consistent and steady which is simultaneously both good and bad.

Lacking some of the charms of recent Tales games, Shining Resonance Refrain owes more to the plethora of JRPGs that the Vita was littered with. Such titles had the fundamentals figured out but lacked the personality. That’s the issue here. 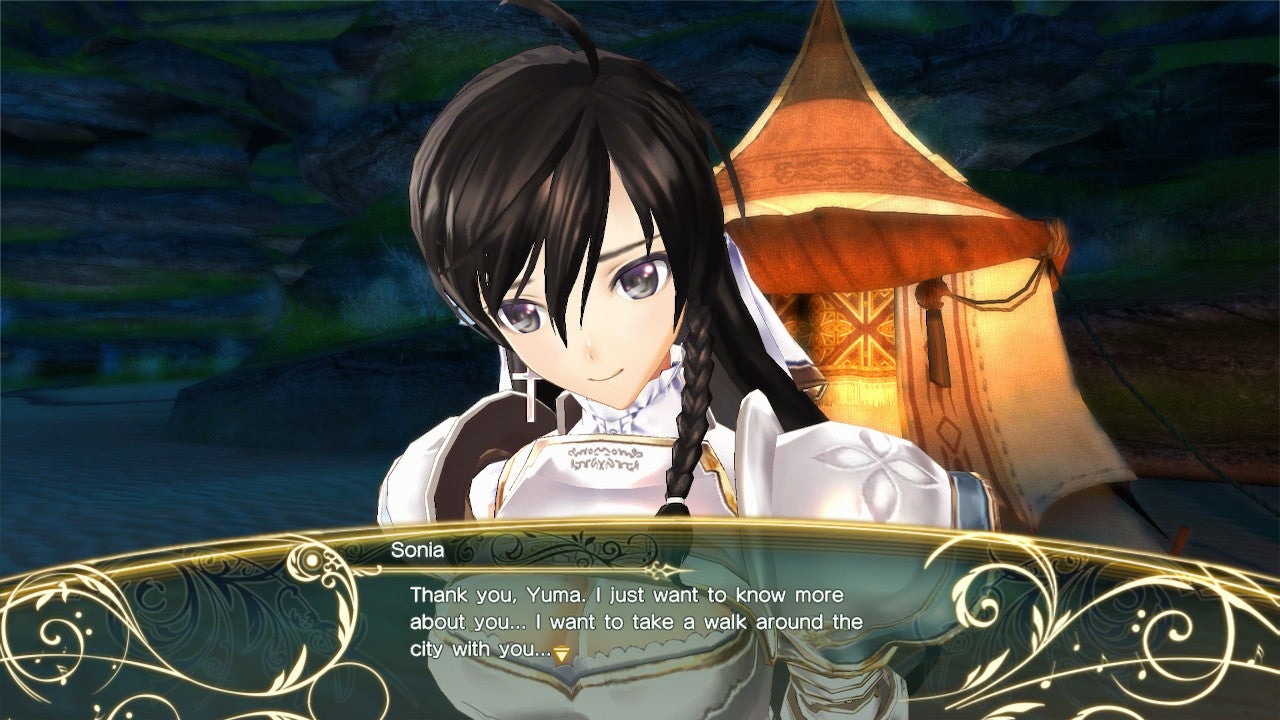 Things get more interesting with the addition of Refrain mode, which unlocks the Imperial Princess Excel and Dragonslayer Jinas as playable characters, but it’s something you ideally need to check out after an initial first play through. Two playthroughs is a lot to ask for of any game, and Shining Resonance Refrain doesn’t have the panache to make you want to do more than you need to.

Shining Resonance Refrain plays it safe to an extreme. Little about it pushes the genre forward and nearly every part of the game is a bit too familiar, or done far better elsewhere. This is one for when you’re desperate for a new JRPG fix and that’s it.