Available on Xbox One (version reviewed), PS4, PC
These are strange days for Sherlock Holmes. On the big screen he’s been reinvented as Robert Downey Jnr’s intellectual action hero and Sir Ian McKellen’s age-worn sleuth. On the box, he’s become both Benedict Cumberbatch’s ice-cold genius and Jonny Lee Miller’s eccentric addict. In games his transformations have been no less strange or radical, thanks to Frogware’s quietly successful series of adventures.

Starting with a more traditional reading of the great detective, they’ve moved on to cover inspired mash-ups against Jack the Ripper and the Cthulu before settling down into a take that mixes classic Victoriana with a slightly younger, less purely celebral Holmes. Now, with The Devil’s Daughter, the process that began with 2012’s The Testament of Sherlock Holmes seems to have reached some kind of logical conclusion, with a Holmes that’s roughly two-thirds Conan Doyle to one-third Nathan Drake.

In many ways, this is the continuation of 2014’s Crimes and Punishments: a 3D graphic adventure with an emphasis on collecting facts, putting them together and creating a solution to solve each crime. There are four main cases to work through, in each one you’ll find yourself travelling between crime scenes, private clubs, residences, 221b Baker Street and Scotland Yard, scouring for clues to analyse, interviewing key characters and filling your casebook. 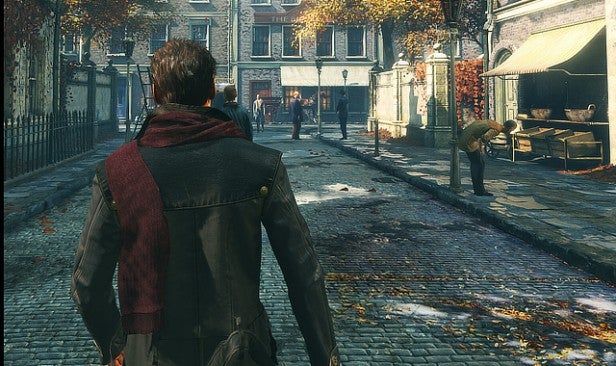 When the games at it’s best, you’ll feel like a master detective. You’ll spend time in close-up analysis of a cast of rogues and innocents, spotting signs of illness, malnutrition, mania, depravity and worse. You’ll twist objects around to search for clues and markings, or take them back to Baker Street for analysis with your primitive Victorian lab. You can piece together flashback sequences in a vaguely Vanishing of Ethan Carter style, or switch to Sherlock’s version of Assassin Creed’s Eagle Vision, where all turns monochrome allowing tiny details to reveal themselves to your razor-sharp intuition.

Best of all, you can flip at any point to Deduction mode, linking clues together in the great detective’s mind, building symbolic neural pathways that eventually lead to a conviction. And while there’s always a sense that you’re merely following a breadcrumb trail through each case, you can link and re-link the facts to choose between two or even three interpretations, settling on one before deciding whether to opt for harsh justice or allow events to take a more natural course. Where other detective games leave you feeling you’re just joining dots, The Devil’s Daughter gives you a little more influence over the final direction of each plot. 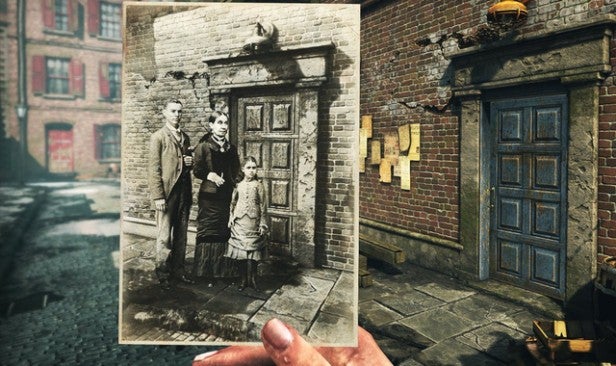 Crimes and Punishments felt like a series of disparate cases, albeit with a strong thematic link, but The Devil’s Daughter pulls them together into one intriguing story arc. While you’re pondering over mysterious disappearances in Whitechapel or the murder of an archaeologist on a genteel bowling green, you can also pause to wonder what your mysterious new neighbour is up to, or how she might be linked to your adopted daughter or sinister figures in your past. The plotting might not always be convincing – even by the standards of the BBC TV run – but it’s good enough to keep your interest through the twelve or so hours it’ll take you to push through.

Related: What we expect from the Sony E3 press conference

Up to a point, then, we have a very solid, very enjoyable detective game. Unfortunately, Frogware struggles on the polish and presentation, and can’t seem to resist some frightful moments of self-sabotage. 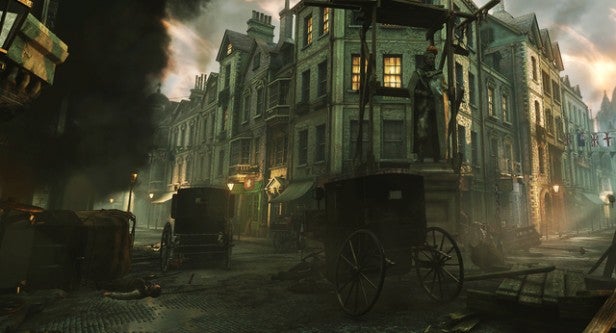 It’s a good-looking game, with Unreal 4.0 engine graphics, nicely-rendered characters and a good eye for Victorian interiors, London street scenes and squalid slums. Yet, the facial animation is stiff and wooden and the voicework oddly patchy, some characters coming through with real personality, others falling flat or lapsing into cringe-making clichés.

At times it’s unnecessarily pernickety as well, refusing to let you enter a location you know damn well you need to enter, and all because you didn’t turn some piddling flyer over to see a note on the back. Later on, it’s not letting you move on to the next stage of an investigation because you missed one tiny and utterly unimportant clue. Some requirements make no sense. In fact, whole sections of the game prove baffling or unconvincing, not helped by Holmes’s inability to close cracked safes or rifled drawers or characters’ tendency to repeat the same one line, ad nauseum. What’s more, while Frogware has tried to give each bite-sized chunk of London in the game some local colour, there’s never any feeling of the city as a whole. 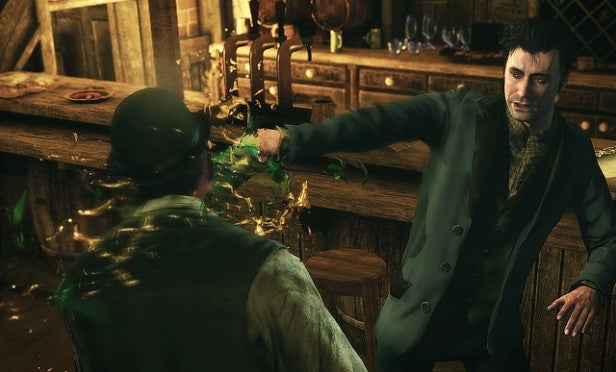 The Devil’s Daughter is at its weakest when it tries to be another kind of game. Sure, it’s interesting to play as a streetwise urchin, a sharpshooting Doctor Watson or a sniffing hound, but shifts into Assassin’s Creed or Uncharted territory are consistently disastrous, while some of the block and logic puzzles are both tedious and frustrating. Quick-time event sequences that require you to hold and move both analogue sticks in different directions have no place in this – or any other – type of game. It’s telling that so many of these sequences can be skipped with a single button press and without any noticeable penalty. Even Frogware seems to have noticed that they’re just no fun.

Early on I was sure these things would doom The Devil’s Daughter to a fairly low score; it’s high time the series left such amateurish stuff behind. Yet it’s the kind of game where even its biggest flaws end up feeling more like quirks, never quite spoiling an entertaining ride. Maybe it’s because it sometimes succeeds in making you feel like a genius detective, or maybe it’s because it’s refreshing to play an adventure game where you’re actually doing something, not just deciding which plot branch to move down. Either way, it’s weirdly gripping, not to mention good for rattling through with loved ones on the sofa beside you, shouting out solutions and sniggering at the more bizarre plot twists. No-one in their right mind could say it’s a great game, but charming? Yes, and strangely easy to love.

Verdict
If Frogware could just tighten up the good stuff and lose what doesn’t work, it might just give us the ultimate Sherlock Holmes game. As it is, The Devil’s Daughter is flawed but entertaining, with lots of great detective work, some fun if baffling storylines and annoying action bits you can cheerfully skip through.