The Sharp R-272M is a compact and affordable microwave with simple, self-explanatory controls. It can defrost by time or by weight, but doesn’t have programs to defrost specific foods. And it cooks by time or using programs for six popular dishes.

The size is ideal for a small kitchen and it’s a bit better quality than non-brand supermarket bargains, but its cooking and features can’t compete with more fully-featured microwaves. 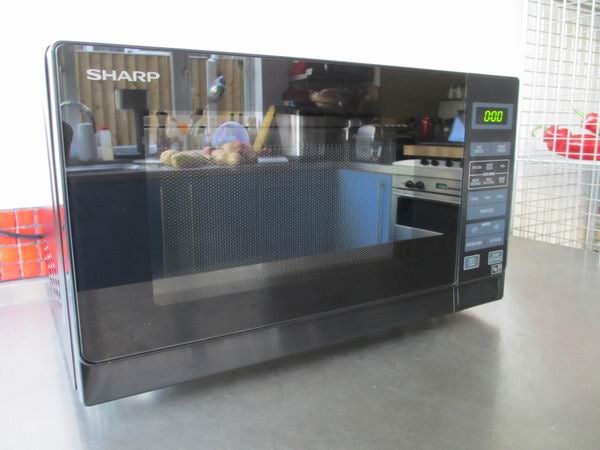 The Sharp is a dinky little microwave with a 20 litre capacity. The model we tested looked good (and certainly didn’t look super cheap) in black. It’s also available in white or silver. Controls are on a touch-sensitive panel and are self-explanatory. 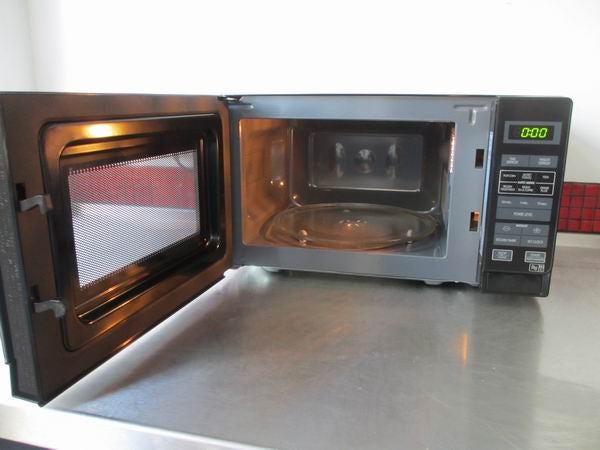 It cooks by time or using programs for six popular dishes: popcorn, jacket potato, pizza, frozen vegetables, reheat tea and coffee, dinner plate. It can also defrost by time or by weight.

There’s a clock and a kitchen timer for up to 99 minutes and 50 seconds, in 10-second increments. And despite it being a budget model it has a child lock (press the stop/clear button three times). 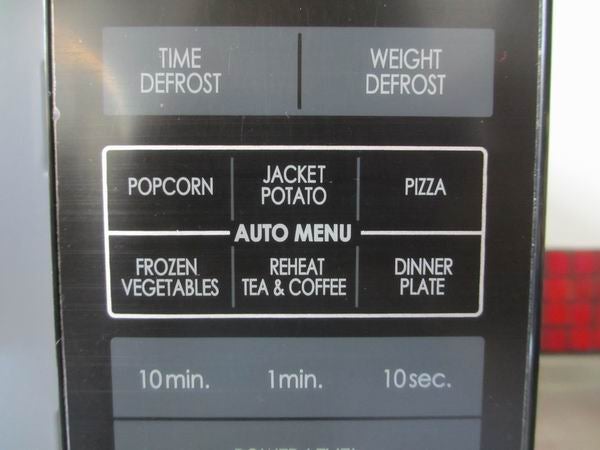 We started out by using the Sharp to defrost a 70g pitta bread. Its weight defrost program has a range from 100g to 2kg, so we went for 100g. This proposed an outrageous 3 minutes defrost time.

We paused it after 40 seconds and, surprise surprise, it was done already. The defrosting was good and effective, not too soggy, but it would have been badly cooked it we’d let it run for 3 minutes. 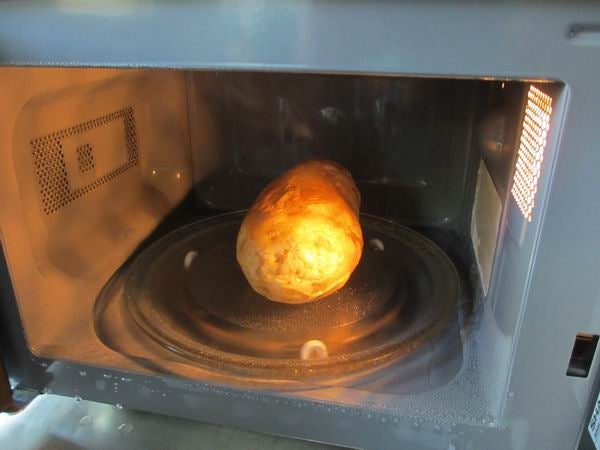 We also tried a large (780g) potato on the auto jacket potato program. This doesn’t cook by weight, instead it offers 1, 2 or 3. As the potato was so large, we plumped for 3 which resulted in a 13-minute cooking time. It wasn’t quite done, despite being turned over, so we cooked for a further 3 minutes at full power.

The resulting jacket spud was cooked evenly enough but it was so wet and slippery that it was unappetising. The inside of the microwave itself was very wet too. 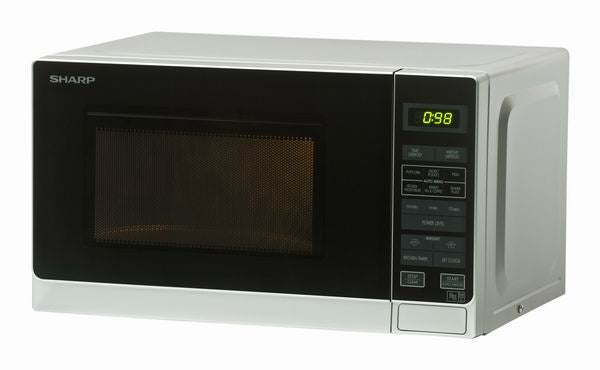 Maybe. It’s affordable, small and discreet. And its 20 litre capacity is big enough for most people – just not family cooking. That said, the Swan Vintage SM22030 does more and in style, for not much more money. Or if you’re happy to spend more on a really well-featured microwave then the Sage the Quick Touch is hard to beat.

The Sharp R-272M is a good size for a small kitchen but its cooking just isn’t quite good enough.