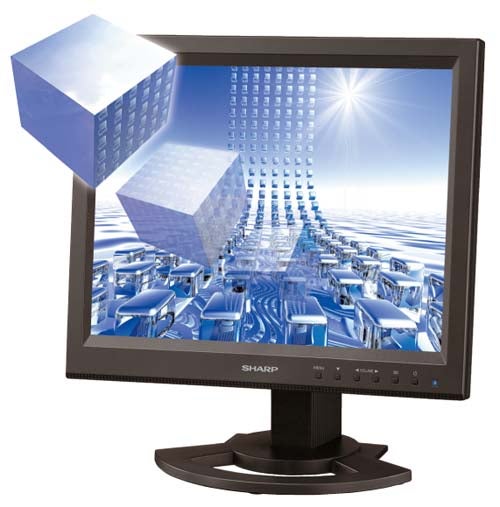 It was over a year ago that I visited Sharp Laboratories Europe, located near Oxford, where Sharp had developed its 3D-screened laptop the Actius RD3D. I got to take a look at this laptop on that day, as it made a rare visit to the UK: It has been launched in the US, but not in the UK. I also saw some Sharp mobile phones with 3D displays that were even then on sale in Japan.


It has taken a while for Sharp to bring its 3D technology to the UK, but the company has finally managed to do so with the LL-151-3D; a 15-inch monitor you can use in both 2D and 3D modes with any PC that has either digital or analogue video out capability. The big draw of the monitor, and of Sharp’s 3D technology in general, is that it gives you the 3D viewing experience without the need to wear special glasses.


There aren’t many samples of the LL-151-3D around, but I got my hands on one and lived with it for a couple of weeks. It wouldn’t pre-empt my conclusions too much to say that at the end of this period, my feelings about the LL-151-3D are mixed.


All the connecting cables except for the headphones slot into the back of the casing, and stray cables can be gathered under a removable plastic cover. This helps keep things tidy, though if you’re the kind of person that wants to put your monitor away after periods of use, as some laptop owners do, you probably won’t bother with the cover. 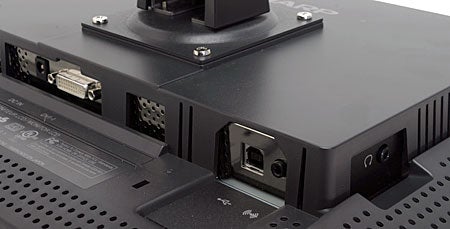 The monitor has a couple of speakers built in. It has to be said that unless your existing sound system is ancient and/or pretty poor, you’ll probably find yourself using what you have already rather than the small integrated monitor speakers. Like most integrated speakers, these are only really good for the odd Windows alert tone, so don’t expect to be enjoying music while you work through these. Quality was improved when I plugged in a reasonably good pair of headphones, but it was still not really worth the hassle of fitting the cable to take sound from the laptop I was using to the LL-151-3D, or of wiring myself to the monitor.

The black surround and base are rather nice – I find this visually more appealing than silver somehow. That is a matter of personal taste, I guess. You can raise and lower the screen height, and tilt and swivel it, enabling a good viewing angle to be achieved. I found this feature particularly useful when working in 3D mode – as I’ll explain later. However you are stuck with landscape format as the monitor won’t pivot into portrait mode.

As a standard 2D monitor the LL-151-3D is competent. It delivers a nice, sharp, clear image, and its settings options are easy to manipulate. A row of buttons on the front of the casing provide access to the various controls allowing you, for example, to alter the volume, change brightness and vary the red, green and blue ratios that affect the overall hue of what is delivered to the screen. 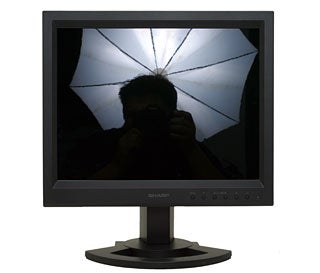 However the screen is very, very reflective. Initially I was working with a window to my left with the monitor to my right, but the reflection from the window was more than I could bear. I had to shift things so that there was no ambient light reflection – once the right environment had been achieved this monitor was able to show off its superbly sharp rendering.

Of course what you really want to know about, and what you’ll be buying if you decide this monitor is for you, is its 3D capability. This is turned on and off using a button on the front of the casing. There’s no point looking at 2D images with the 3D facility switched on, because the monitor delivers the two kinds of images in vastly different ways.


Switching to 3D mode enables a barrier which sits between the backlight and the LCD and ensures different images are sent to the left and right eyes. Your eyes have to be in the right place to receive these two images, and when you are correctly in position for this to happen, your brain combines them into a single 3D image.


Getting things just right requires a certain amount of fiddling, both with yourself and the monitor. This is where I found the ability to tilt and swivel the monitor especially useful, but I also had to work on my own seating position a bit too. 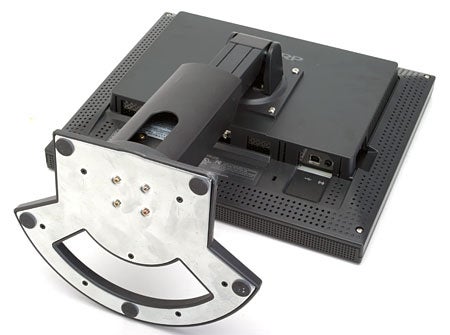 I found getting into and then maintaining the right viewing position far more difficult than I had in the laboratory conditions in which I’d experienced the Actius RD3D. But at least I was the only user, and once I had things set up, there was no need to change them. I suspect that a second user may need to position the monitor differently and that this could get to be a bit of a nuisance: I imagine it being a little like the repositioning involved if you share a car with another driver.


On the subject of the number of users, it is worth making the point that because of the need to carefully position yourself, it is only possible for one person at a time to view 3D output. One of the potential uses for this monitor is gaming, but if you like to share the gaming experience with others, you may have problems.


These negatives noted, the 3D experience itself is stunning. It is somewhat uncanny, and takes a bit of getting used to, but the quality of output is remarkable. It’s actually a pity that this is only a 15in display, as peripheral vision makes it difficult to get lost in the images being rendered – a nice big widescreen display would make it far more immersive experience, although achieving the 3D effect might be more difficult on a bigger and wider display. 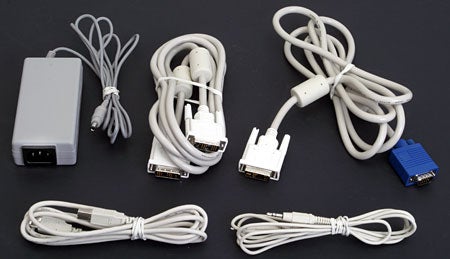 Of course, the 3D experience is not worth having if you don’t have software to take advantage of it. Sharp ships two applications to help. SmartStereo Photo Editor which formats pairs of digital images for viewing through the LL-151-3D, and SmartStereo Camera Calculator, designed for use with a stereoscopic camera to ensure production of images appropriate for the monitor.


When it comes to running third party software, this needs to be designed for use with the LL-151-3D: the monitor can’t convert 2D graphics on the fly. Sharp is a key member of the 3D Consortium and has partnered with a number of players to ensure that the software and hardware components come together. The best known of these is probably nVidia and the full list is available at Sharp’s US website.


Even with this effort, the number of real-world applications supporting the technology is relatively small: Sharp was only able to provide me with demos rather than full applications for testing purposes. The bottom line is that even if this monitor appeals, you could be waiting a while to take full advantage of what it has to offer.


There is no doubt that the LL-151-3D does precisely what it claims to, and does this impressively well. But you need to work with it in order to get its best performance – not least by finding a position away from a window, and justifying its price tag without a huge army of supporting software could prove a bit of a stretch.