If you really want the best chance of appreciating what a full HD resolution can do, you need to see it working on really big screen. For it’s a simple fact that the full HD benefits of enhanced resolution, reduced image noise, and subtler colour blends become easier to see the bigger your screen gets. Cue Sharp’s LC52XD1E LCD TV: at 52in the joint biggest, genuinely affordable full HD screen in town, alongside Samsung’s sensational LE52M87BD (reviewed a few weeks back).


In fact, at £1,603 if you know where to look for it, the 52XD1E is actually a good few bob cheaper than its Samsung rival – so if it’s in the same sort of picture quality ball park, it could definitely become our big-screen LCD option of choice. 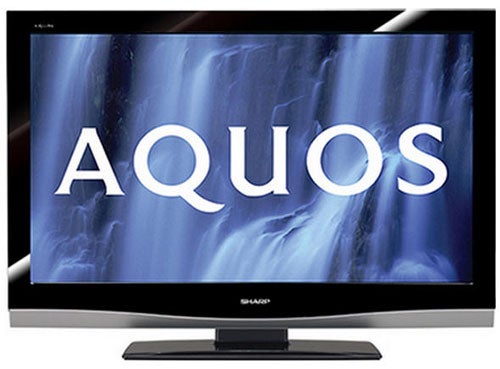 Starting with rather shallower matters, though, we can report that the 52XD1E wears its enormity very well. Its bezel is both slender and glamorous enough to make fitting such a mammoth screen into your living room a pleasure rather than a pain. Get too close to it and you might start to feel that the finish feels a touch plasticky, but this is easy to live with given the TV’s price.


Connectivity is solid enough, including as it does twin HDMI support, a D-Sub PC port, and all the paraphernalia associated with a digital tuner. But there is one key let down in the shape of no dedicated component video port. To get component video feeds into this TV you have to use the PC jack with a component to VGA adaptor. This adaptor is, thankfully, included in the price, but it doesn’t alter the fact that you can’t connect a PC and a component video source to the 52XD1E simultaneously. With its three HDMIs and dedicated component input, Samsung’s 52M87BD certainly outguns the Sharp in the key connections department.

A full HD resolution isn’t the 52XD1E’s only intriguing specification, though, for it also claims a sky-high (by LCD standards) contrast ratio of 10,000:1, and a really very low response time of 4ms. These figures promise winning black levels and very little resolution loss over moving objects compared with most LCD rivals, overcoming two of LCD’s most common woes.


Please note, though, that the 10,000:1 contrast ratio figure does come with strings attached. For it’s only achieved via a dynamic backlight system that reduces the image’s brightness when dark scenes are detected to make black levels look deeper.


The attractive onscreen menus of the 52XD1E contain a reasonably long and sophisticated set of features, including, crucially, an ‘Underscan’ setting (rather more hidden in the onscreen menus than it should be) that removes all overscanning from the TV’s picture. This is crucial when viewing 1080-line sources, since it allows them to appear on the screen on a perfect ‘pixel for pixel’ basis with no unnecessary, mess-inducing scaling processing. 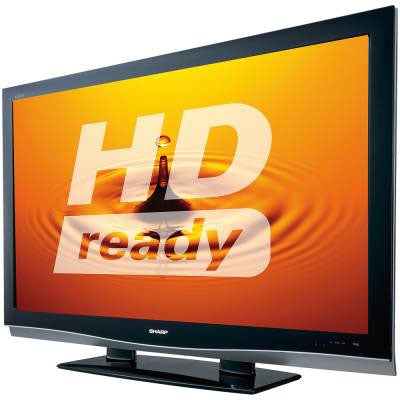 Also important to the 52XD1E’s full HD credentials is its ability to play 1080p sources, at least in their 50Hz configuration.


One final trick up the 52XD1E’s sleeve is its TruD processing engine. Proprietary to Sharp, TruD is designed first and foremost to reduce LCD’s common problems with image judder, but it also apparently boosts sharpness and contrast.


The full HD screen resolution makes its presence felt, meanwhile, with Sky’s 1080i broadcast of this film in all the key ways. Which is to say there seems slightly more visible detail in, say, the shots of Obi-Wan’s arrival on Utapa than you get with a non full-HD TV; there’s slightly more finesse to colour blends, especially where skin tones are concerned; and there’s remarkably little sign of scaling artefacts such as colour moiré, dot crawl of grain. Bright HD scenes really can look little short of spectacular at times

Although it’s certainly not perfect – especially when compared with plasma TVs – the 52XD1E’s motion handling is good by LCD standards, too. The charging hordes on the battle plains of The Return of the King thus retain slightly more resolution and authenticity than on many LCD rivals, including the otherwise mighty Samsung 52M87BD.


At first glance it appears that the 52XD1E’s black levels are impressive by LCD standards too, as general mid-brightness scenes appear with plenty of dynamism, punch and scale. However, longer term viewing, especially of predominantly dark material such as the HD DVD of Superman Returns or Gears of War on the Xbox 360, does leave you feeling that really dark parts of the picture can look a touch over-stressed, lacking the sort of subtle shadow details that might help them integrate better into the picture as a whole. There’s no doubt whatsoever that placed side by side with Samsung’s 52M87, the Samsung’s black levels are much more deep, natural and impactful. 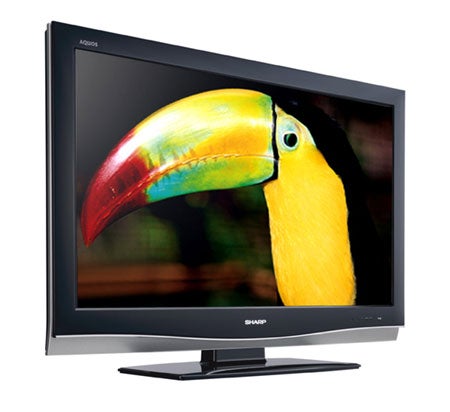 As a knock on effect of its slight black level ‘strain’, the Sharp sometimes struggles with colour tones during dark scenes, for instance making people’s skin look either rather pale or over-pink – as well as a bit textureless.


One final issue with the 52XD1E is that, in keeping with quite a few full HD LCD TVs, it doesn’t look particularly great with standard definition sources, tending to exaggerate any noise that might be inherent to them, and definitely suffering with noticeably more motion handling problems.


Although the 52XD1E’s speakers are ‘hidden’ in the TV’s design and thus don’t promise a great deal in terms of power and throw distance, they actually turn out to be OK. Sure, a bit more bass wouldn’t have gone amiss, but there’s enough sheer volume and mid-range openness to deliver a soundstage that just about does justice to the screen’s huge dimensions.


The 52XD1E is certainly a good TV, especially for the money, and will doubtless satisfy anyone who decides to buy one, at least while viewing HD sources. Yet we have to say that if it were our money, the extra picture quality and enhanced feature count of Samsung’s 52M87BD would probably lean us in the Korean brand’s direction instead.