Unfortunately 3D is a bit of a disaster zone for the 60UD20. For starters, 3D pictures suffer quite excessively with crosstalk, where you see double ghosting around bright objects in the foreground or background. Actually, even some objects in the mid-depth zone are affected by crosstalk on the 60UD20!

Another problem is that motion with 3D content looks very uncomfortable, taking on a billowy, weirdly insubstantial look at times that’s quite hard to watch.

Issue three is that colours don’t look very natural once you’ve activated the 3D glasses, looking rather washed out and pallid. The active shutter glasses take out more brightness than those of some rival brands, too. 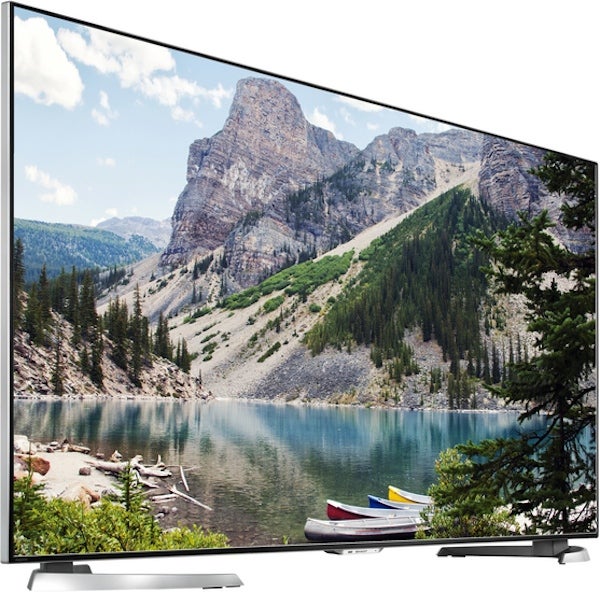 One further problem is that because the panel has to work harder to combat the brightness reduction introduced by the glasses, during dark scenes you can more clearly see backlight clouding in the TV’s corners.

On the upside, 3D detail levels are extremely high when the sharpness isn’t being affected by crosstalk, and there’s a decent sense of depth – again when the crosstalk isn’t messing with it.

But the bottom line is we really didn’t find 3D at all pleasant to watch on the 60UD20.

There’s good and bad news here. The biggest problem is that we often experienced periods where the audio doesn’t stay in time with the pictures, resulting in people’s lips moving out of synchronisation with the words they’re saying.

This issue was particularly common with 3D films, but it also cropped up occasionally with terrestrial digital broadcasts. We didn’t notice it, however, with 2D Blu-rays or when the TV was receiving signals from a Sky receiver.

Otherwise the 60UD20 does decently well sonically for such a skinny TV. The soundstage sounds quite wide and deep, and there’s an impressive amount of treble detailing that’s delivered even at high volumes without things sounding harsh.

Voices stay clear even during raucous action scenes too, and while bass is limited in its depth, it integrates quite nicely with the rest of the soundstage, and doesn’t cause distortion or cabinet rattle.

We like the basic idea of the double-axis onscreen interface the 60UD20 employs, especially the way it lets you keep watching a reduced version of the TV picture while you make your adjustments. However, at the same time it can lead to a lot of sub-menus and some confusing layout choices.

The menus also look a little primitive versus the graphically rich interfaces now employed by some rival brands. In fact, Sharp’s interface has hardly changed at all since we last tested a Sharp TV 12 months ago.

Our biggest complaint about the 60UD20’s interface, though, is the shockingly bad translations that pepper the ‘pop-up’ onscreen feature explanations. For instance, hover on the Narrow Line element of the Resolution sub-menu and you get this gem: “Enhance the resolution feeling of fine portion.” And this is just one of many often hilarious but hardly ever helpful examples.

Leaving such incomprehensible stuff on the 60UD20 smacks of laziness and a slipshod approach to regional localisation that Sharp could do with avoiding while attempting to re-establish itself as an A-list brand in the UK. 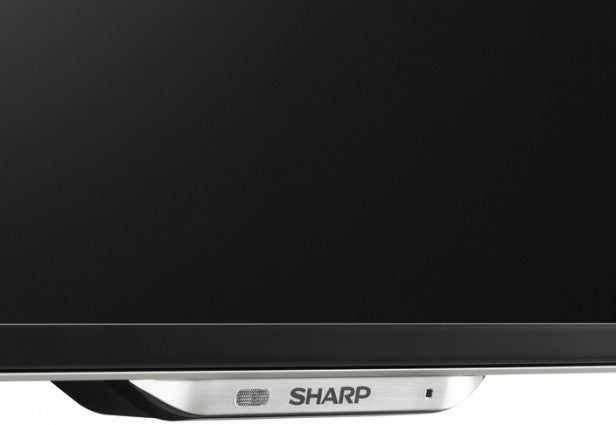 Gaming on screens as big as the 60UD20 is usually fun. And for the most part Sharp’s UHD monster doesn’t let the side down. The only issue is that even with as much processing turned off as we could find, we measured input lag (the time it takes for the screen to render image data received at its inputs) at around 67ms. This is around twice as high as we’d ideally like to see. In fairness to Sharp, though, we’ve measured much higher figures on some rival sets, and UHD TVs are proving generally slightly more prone to input lag due to their need to upscale non-UHD sources.

The 60UD20’s lack of 4K Netflix support, poor 3D performance and limited Smart TV features make it impossible for us to give the 60UD20 an unreserved recommendation. However, when set up right its 2D picture quality is excellent with both native UHD and upscaled HD sources – a fact which sits rather nicely alongside a £2700 price point that undercuts by a good few hundred pounds the prices of most credible rivals like the Sony 65X9005B and Samsung UE65HU8500. Even Samsung’s second-tier 65-inch UHD series model, the 65HU7500, costs £300 more than this Sharp.

The 60UD20 is not without its feature and performance foibles. Certainly it’s not for you if you’re a big fan of 3D or you set great store in a TV’s Smart features.

However, its ability to deliver for a reasonably aggressive price a strong 2D performance on a screen size many people may find an agreeable compromise between the more common 55-inch and 65-inch screens make it an appealing way for Sharp to re-emerge on the UK TV scene.