The single most remarkable thing about the 60-inch 60UD20 TV sat on our test benches today is simply that it’s branded by Sharp. The last time a Sharp TV burst through our doors was almost exactly a year ago, in October 2013, when we somehow managed to get to grips with the 90-inch 90LE757.

With such a long gap between Sharp review models we can’t help but wonder how well the company has kept up with its much more prolific rivals. Though the fact that the 60UD20 has a native 4K/UHD resolution is certainly a good start…

The 60UD20 creates an engagingly distinctive look for Sharp’s return to the TV fray. The slenderness of the bezel is impressive considering it has to hold 60 inches of screen, and the combination of a black main frame and silver edging works well. We were also rather taken by the cute metallic drop-down section along the bottom edge containing the Sharp logo, IR sensor and power light. 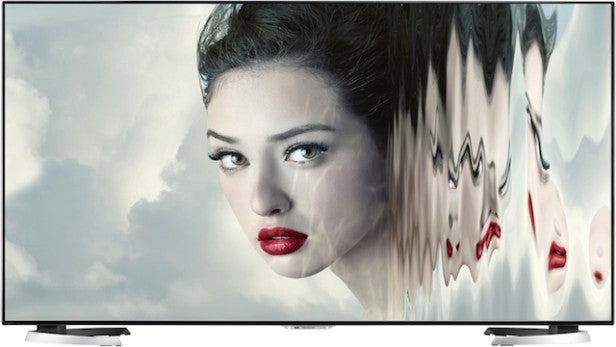 The ‘boomerang’-style table-top legs are striking as well, applying the finishing touches to a design that actually just about manages to make a 60-inch screen feel like an attractive addition to your room, rather than a décor disaster.

The only problem with the design is that the legs sit pretty much at the TV’s outer edge, meaning that anyone not wall-hanging the set will need a piece of furniture almost as wide as the screen – no small thing when you’re talking about a display 60 inches across.

For the most part the 60UD20 impresses with its connections. It delivers the four HDMIs we always look for on a TV at the 60UD20’s level, and happily these are built to the 4K-friendly v2.0 HDMI spec, meaning they can play 4K at 60fps from our content servers.

Wi-Fi and RJ45 ports are on hand for jacking the TV into your network, while the provision of an SD card slot alongside a pair of USBs is a superb touch, given how many people have SD cards in their cameras. Also welcome is the provision of Miracast and Bluetooth alongside the more stadard DLNA network multimedia playback option.

There is one significant connection weakness, though. Namely that the set doesn’t support decoding of HEVC 4K streams of the sort delivered by Netflix. This is unfortunate, considering that Netflix 4K is, at the time of writing, the only mainstream 4K source consumers can access aside from a few demo videos available on the Internet. Plus it seems likely that other future 4K streaming services will use similar HEVC ‘packaging’ for their streams.

The Panasonic AX802 4K TVs also failed to support Netflix 4K when they first launched, but are about to have Netflix 4K added any day now via a firmware update. Sharp, though, tells us that no similar update will be possible for the 60UD20 – despite the TV’s remote featuring a big ol’ Netflix button right at its heart…

Turning to panel specification, the star of the show is, of course, the UHD native resolution. This brings Sharp bang up to date as a TV brand, especially given that the 4K/UHD resolution is supported by those HDMI 2.0 connections. 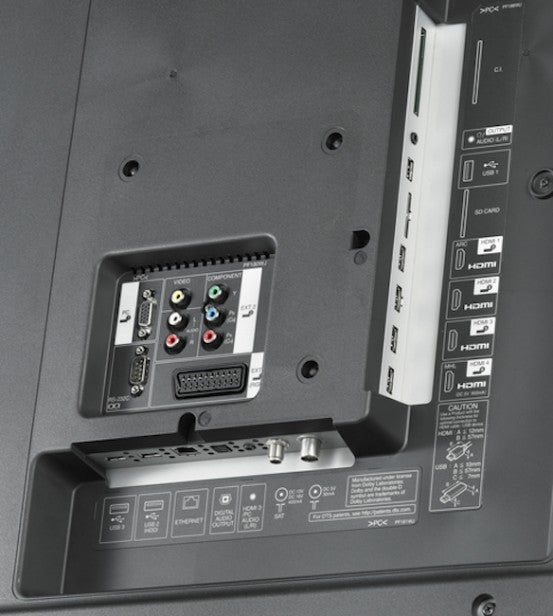 Despite this being the first 4K TV we’ve seen in the UK from Sharp, it startlingly sports the endorsement of the THX group for its 4K capabilities. This immediately raises hopes of some serious picture quality, and will likely prove catnip to the early adopters that are most likely to be attracted to 4K TVs right now.

As you’d expect of a THX-endorsed TV, the 60UD20 is well equipped with picture setup tools. Colour management, gamma management, white balance and all the key picture-processing elements can be adjusted with plenty of finesse.

The last element of the 60UD20’s spec sheet to consider is its smart features. And it’s good to see that improvements have been made to both the quantity of apps available via Sharp UK’s smart TV system and the presentation of those apps – especially in the ‘store’ area where you can browse all the available apps.

It’s great to find Sharp now supporting Netflix – albeit only HD Netflix, not 4K – and combining this with YouTube streaming and a number of other more niche streaming services. However, at the time of writing the BBC iPlayer is still not available, despite Sharp promising it would appear years ago.

Sharp is adamant that the BBC iPlayer will definitely be arriving on its UK smart platform very soon – by the end of October, in fact. However, there’s no word on when or if the iPlayer might be joined by the ITV Player, 4OD or Demand 5 catch-up apps. And nor can Sharp provide any information on the potential future arrival of support for Amazon streaming – another media platform that’s about to launch a 4K service.

A lesser issue is the current lack of any potential for having the 60UD20 learn your viewing habits and recommend content accordingly – a feature found on most of the other big-brand TVs now.

Overall, Sharp’s UK smart offering feels rather out of date, feature-light and ‘unlocalised’ versus most of the competition.

The 60UD20’s picture-processing tools are especially important in getting the best from this big-screen set.

First, we were really pleased to find the Resolution setup options gave us an impressive degree of control over the detail level and narrow/wide edge-rendering aspects of the 4K picture. We wish the effect of these settings was better explained by the awful onscreen instructions – more on this later – but anything that gives you control over the upscaling process goes well with us.

The noise-reduction routines, meanwhile, are passably effective when watching standard-definition sources, though we’d suggest that you turn all NR off with HD and especially UHD sources.

Where the 60UD20’s contrast-boosting options are concerned, we chose to leave the Local Contrast setting on its Mid or, with dark films, High option, as this adds more sharpness without making things look harsh or over-blown.

The Active Contrast feature is less successful, as we found that its adjustments of the backlighting were too obvious during cuts from dark to bright scenes and vice versa.

Finally there are the motion options, which we’d mostly describe as ‘interesting’… After much experimentation, we found we mostly preferred just to leave the Film Mode set to its Advanced (Low) setting, and turn off the Motion Enhancement system completely. The latter feature does slightly increase sharpness over motion if you activate it, but it also creates more unwanted processing side effects than we felt comfortable with.