If we were to dish out a medal for ‘most improved’ this year, it might very well go to Sharp. Its LC-46LE831E TV delivered giant steps forward from the brand’s previous efforts on not one but two fronts.

First, its active 3D playback was a huge advance from that of Sharp’s 2010 debut 3D TV, thanks in the main to it suffering much less with crosstalk ghosting noise. Second, the 46LE831E made a markedly stronger case for Sharp’s innovative Quattron technology (which adds a yellow sub-pixel to the usual red, green and blue ones), thanks to a more natural colour balance and, especially, a much better contrast performance, especially when it came to portraying deep black colours.

It’s fair to say, then, that we have high hopes for the 40LE831E: the 46in 46LE831E’s 40in sibling. Especially as its very reasonable price tag of £750 potentially makes it a great 3D option for people who can’t run to the £1100-plus required for the larger model. 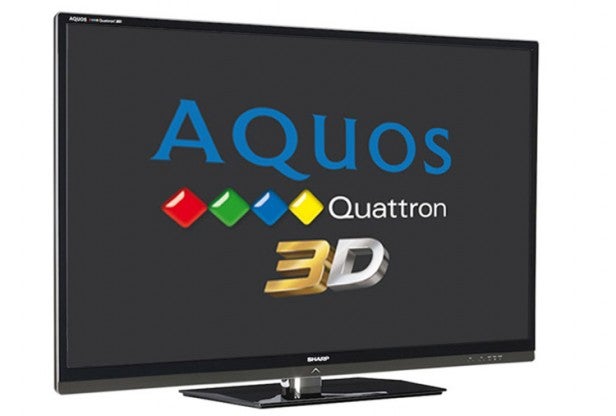 The design of the 40LE831E still looks as pretty as it did on the bigger set – albeit maybe not quite as impressive – thanks to an impeccably slender bezel; a high-gloss, single-layer fascia; a slinky silvery outer trim; and a strangely alluring illuminated Sharp logo.

Connections are excellent too, with highlights of four HDMIs, a D-Sub PC port, three USB inputs, a LAN port, an SD card slot, and rather handily, wi-fi via a provided USB dongle.

Getting into some of these connections in more detail, the LAN/wi-fi options serve an integrated Freeview HD tuner, provide streaming from a DLNA PC, and let you take the 40LE831E online to explore Sharp’s AquosNet service.

The USBs, meanwhile, can play video (including DivX-HD), photo and music files from USB storage devices, and also record video from the integrated Freeview HD tuner.

We mentioned Sharp’s AquosNet online system back there, and we guess to some extent that this too fits into the sense of improvement noted earlier. For there’s no doubt that AquosNet has got a lot more going on than Sharp’s 2010 online service. Its highlights include include TomTom, ebay, myalbum.com, cinetrailer, Daily Motion, Box Office 365 (subscription), the Cartoon Network (subscription), iConcerts, YouTube, Twitter and the FunSpot game channel.

There’s also an open Internet browser, and as promised when we reviewed the 46LE831E, the AquosNet offering now includes Skype – provided you add an optional external camera, obviously.

However, there’s still no BBC iPlayer, or a good movie server like LoveFilm or AceTrax. In fact – especially considering that quite a bit of the content on AquosNet is subscription only – there’s no doubt that despite its improvements, it still feels off the online pace being set by some of its ‘Smart TV’ rivals. Hopefully Sharp will be able to expand the service sooner rather than later.

Setting the 40LE831E up for review is impressively aided by the presence of such key calibration tools as a colour management system (with access to the six main colour components), various settings for the set’s motion processing and backlight, and a gamma adjustment.

The only irritating thing is the onscreen menus you have to use to get to these set up features. Press the Menu button and the picture shrinks to around two-thirds of its normal size so the menus can appear in a dual-axis format based around the top right corner of the screen. This works well in the sense that the picture remains unencumbered by onscreen clutter, but it doesn’t leave enough space for the menus, leaving them awkward to navigate.

Starting out the test phase with some 3D viewing, the 40LE831E proves just as accomplished as the larger model – other than the pictures not having as much impact because they’re 6in smaller, that is.

Again, the first thing we noticed was how little crosstalk there is in 3D pictures compared with Sharp’s 60in 3D débutante, the 60LE925E. You occasionally see a small ‘echo’ of really stark objects in the mid to far distance, but it’s never aggressive, and so it’s seldom distracting and crucially doesn’t become something you find yourself actively looking out for. 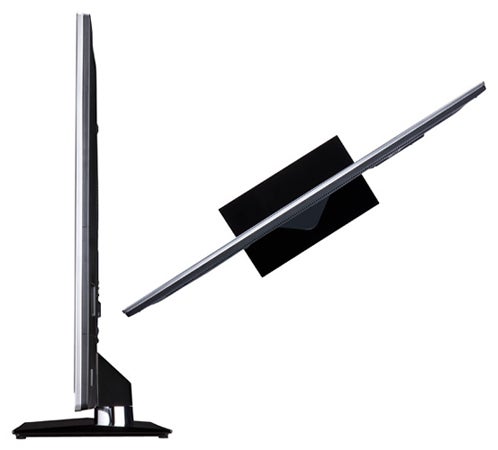 The main reason for this crosstalk success is that the LE831E screens deliver a ‘200Hz’ picture engine, courtesy of a real 100Hz scanning rate working in tandem with a scanning backlight. The result is the image content refreshes faster so there’s less chance of you seeing any residual traces of the previous eye’s 3D frame – the thing that causes crosstalk.

Also striking is how punchy colours look despite the dimming effect of the 3D glasses. This is partly thanks to the screen’s impressive innate levels of colour saturation and brightness; partly thanks to the fact that Sharp’s glasses don’t knock as much light out of 3D pictures as many rival glasses do; and partly because Sharp has sensibly provided 3D-specific picture presets that kick in automatically when 3D content is detected.

These modes are clearly calibrated to counteract the colour and brightness impact of the 3D glasses, and so save you from having to mess about with the screen’s picture settings yourself every time you watch 3D.

It has to be said that the 40LE831E doesn’t provide quite such a powerful sense of the active 3D format’s full HD Blu-ray detailing as the 46LE831E, due simply to the smaller size of the screen. But 3D images certainly still look decently detailed and crisp.

Initially we didn’t feel like the 40LE831E was handling motion in 3D pictures quite as successfully as its larger sibling. But a little tinkering with the set’s processing – in particular, removing noise reduction and turning the Film Mode down to Low or completely off – thankfully improved motion reproduction considerably.

With 2D the 40LE831E continues to impress. Colours look rich, pure and, where yellows and golds are concerned, much punchier and more dynamic than you will see on any non-Quattron TV.

You have to do a little work in the colour management system to stop skin tones and some greens looking rather yellow in the TV’s out-of-the-box state, but once this is done colours combine impressive purity with high levels of vibrancy and an extremely wide and unusually subtle palette.

The biggest area of improvement with the 40LE831E’s 2D pictures, though, concerns their black level response. The relative translucency of Quattron pixels due to their yellow component meant that first generation Quattron panels tended to look rather grey in dark areas. But with the 40LE831E Sharp has managed to deliver blacks that actually look black – and with relatively minor amounts of backlight bleed for an edge LED TV too, provided you don’t try and set the backlight higher than around its half way point. 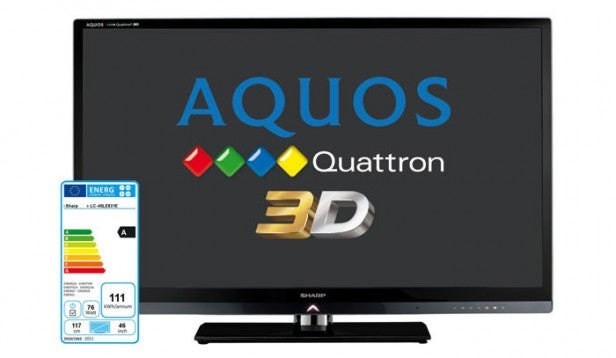 Standard definition pictures are upscaled to the panel’s full HD resolution noticeably more successfully than was the case with the previous Quattron generation too, with more sharpness and less noise.

The one negative thing we would say is that rather oddly, 2D viewing underlines the vague sense we had while watching 3D that the 40LE831E’s picture looks a bit softer – even with HD – than that of the 46LE831E, especially when there’s a lot of motion to handle.

The 40LE831E’s audio is better than you would expect from a TV with such a narrow bezel and slender rear. A built-in subwoofer both relieves some pressure from what would otherwise have been a crowded mid-range, and provides a slightly deeper maximum bass level than is common with flat TVs.

Verdict
The 40LE831E is ultimately not quite as desirable as the 46LE831E, partly due to the way its smaller size decreases its 3D impact, and partly due to the 40LE831E’s marginally less sharp HD pictures. But it’s still a very fine TV for its money, especially if you fancy getting a little good quality active 3D in your life.