The latest in what appears to be a never-ending series of LCD TVs from Sharp, the 46in LC-46X8E, is actually a bit of an oddity.


For starters, it’s a one off; there are no other X8E models around right now at any different sizes, and we haven’t heard of any more coming soon.


Even more peculiarly, it’s actually based, in terms of its key specification, on a section of Sharp’s range known by a completely different name: the B20 AQUOS Series, which comprises two models in 37 and 42in sizes. But it’s got a few differences we’ll cover in a moment. 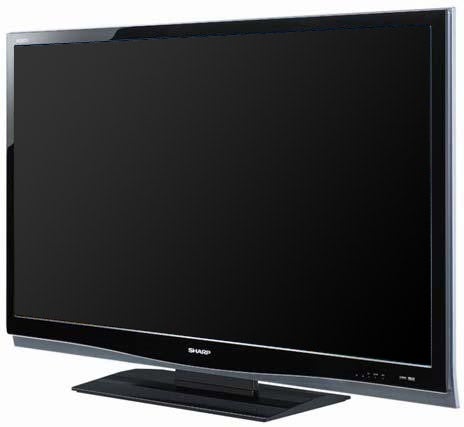 And finally, unusually in today’s marketplace, it’s sold exclusively by one retailer – in this case, John Lewis. As we say: weird. But is it also wonderful?


It’s a very attractive TV, that’s for sure. On one level it follows Sharp’s current penchant for a pretty slim, gloss black bezel offset by a silvery ‘wave’ along the bottom edge. Look a little closer, though, and the key points that make the 46X8E different from the B20 models slowly emerge. The desktop stand it ships with, for instance, is smaller than Sharp’s usual models, and the TV’s speaker inserts look a bit smarter. Probably because, as it turns out, they’re made of titanium. Ooh, fancy.


At this point, I have to say that while I just about ‘get’ the titanium inserts, I don’t really understand the need for the smaller desktop stand. Unless John Lewis has identified a curious situation where its customers more often than not have unusually small TV cabinets… 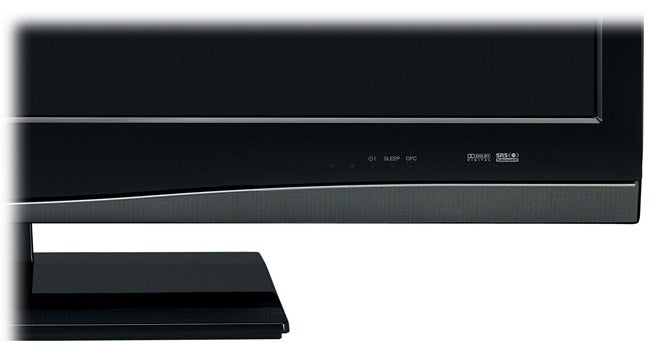 Anyhoo, lets briefly cover the specifications that the 46X8E shares with its B20 ‘half brothers’. Essentially, you’re talking a Full HD resolution; Sharp’s dedicated 24p Cinema Input mode for enhanced Blu-ray playback; a response time of 6ms; and a 10,000:1 dynamic contrast ratio.


This is a fair enough specification, I guess, but I can’t help but notice that there’s no 100Hz processing to sharpen and smooth motion. And there’s also no hiding the fact that the 10,000:1 contrast ratio figure falls some way short of the sort of figures being bandied around now by many rival LCD TVs. Though before we get too hung up on this, let’s not forget that manufacturer’s quoted contrast figures are notoriously unreliable, and so it could just be that Sharp is being more honest than most!


In terms of connections, the 46X8E boasts three v1.3 HDMIs, a D-Sub PC port, and all the other modern ‘essentials’, plus an RS-232 port for system integration – a fair effort given the 46X8E’s reasonable (especially by John Lewis standards!) price.


During the night-time sequences in the superb Blu-ray transfer of Coen Brothers’ Oscar Winner ”No Country For Old Men”, its black levels are usually pretty good, but also suffer enough greyness to hide some depth-giving background details.


Similarly, while colours are well-saturated and bright, some tones don’t look particularly ‘right’. Reds in particular can look washed out and a bit orangey, and skin tones during dark scenes can appear slightly salmony. 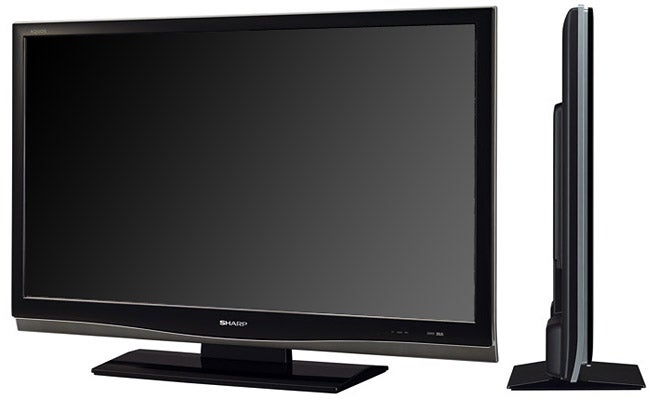 The TV’s standard definition performance is also an extremely mixed bag. Provided you avoid the ridiculously over-aggressive Dynamic AV mode, there is at least not much in the way of video noise to report. But at the same time standard definition pictures tend to look distractingly soft – a million miles from, say, the sharpness seen with standard def on many Philips or JVC TVs, to name but two.


Then there’s the TV’s motion handling. Thankfully, there isn’t too much in the way of motion smearing, but there’s definitely more judder than you get with Sharp’s generally decent 100Hz TVs.


To be fair, we guess this latter issue is arguably more a function of the TV’s price than the other issues we’ve identified. As in, there are 100Hz Sharp TVs available if you want to pay more for the extra processing power. 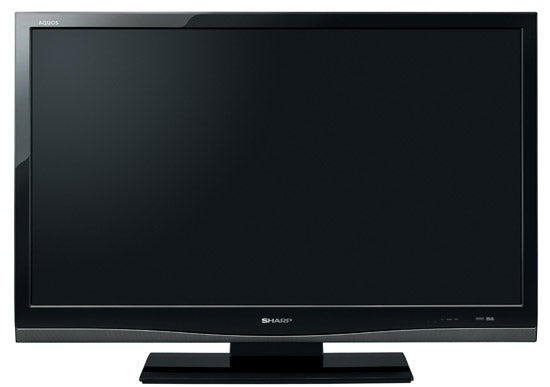 The single best thing about the 46X8E’s picture performance is the way it raises its game in the sharpness department when fed a really good quality HD source like the aforementioned ”No Country For Old Men” Blu-ray. Every last wrinkle etched onto Tommy Lee Jones’ extraordinarily ‘landscaped’ face is scarily apparent during the (in)famous final scene, for instance. And you feel like you can make out individual grains of sand in the Texan wasteland so much of the film takes place on.


Sonically the 46X8E is – you guessed it! – a mixed bag. It pushes the soundstage surprisingly wide given the apparently small size of its speakers, and has an uncanny knack with treble details, picking out every high-pitched subtlety of even the densest audio mix.


But unfortunately this treble emphasis seems to come at the expense of any major bass accompaniment, leaving soundtracks sometimes sounding really quite harsh and exposed when the going gets tough.


There are moments when it’s easy to love the LC-46X8E’s pictures. And it’s really not a bad price, all things considered. But we just can’t ignore the fact that there are also plenty of moments where it falls conspicuously short of the best we’ve seen elsewhere.