If you’re one of those boring old curmudgeons who’s still yet to be convinced that the whole HD phenomenon is anything more than just a fad, here’s some more evidence to prove just how wrong you are: the Sharp LC-32XL8E.

This TV’s screen is only 32in across, yet its makers have seen fit to cram into it a ‘Full HD’ pixel count of 1,920 x 1,080. Not because it wants to show off, but simply because that’s what many Great British punters actually want these days.

In other words, even on a screen so small that you might not be able to make out the HD advantage, resolution is king. People already associate resolution with definition, and higher definitions with better picture quality. And if the idea of high definition is already that ingrained in people, then we’re sorry HD sceptics, but HD is not only here to stay, it’s surely well on its way to becoming the de facto AV standard. Anyhoo, I’ve kind of strayed off the subject already, so let’s get right back to business by discussing the face the 32XL8E presents to the world. 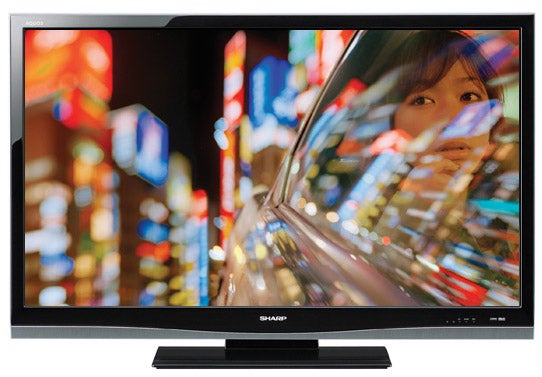 Essentially it’s a rather pretty one, combining a tidy slim piano-lacquer bezel with Sharp’s trademark silver ‘wave’ along the bottom edge. To be honest I’m kind of getting ready to see something really new from Sharp on the design front, but just because I’m getting tired of it doesn’t mean the current design is ugly – especially given the new slenderness of the bezel.

Connections are about what you’d expect of a well-specified 32in TV right now, which is to say you get three v1.3 HDMIs and a digital audio output sitting alongside the customary D-Sub PC port, component video input, SCARTs, S-Video input and composite video jack. Some sort of multimedia slot for playback of JPEG stills and maybe music files might have been nice, but hey, that’s us; always wanting the world.

Aside from the Full HD resolution, the 32XL8E’s biggest feature claim to fame is undoubtedly its 100Hz processing. This frame rate doubling technology – to counter LCD’s motion blur – is actually the main point of difference between the 32XL8E and Sharp’s debut Full HD 32in model, the previously reviewed 32X20E.

Other notable specs include a claimed contrast ratio of 10,000:1 achieved via a dynamic backlight system together with a native (i.e. no dynamic backlight) contrast of 2,000:1; a solid-looking 6ms response time; full 24p support; SRS TruSurround audio processing; and a digital tuner with all the usual electronic programme guide and event timer setting stuff.

Given that the 32X20E with which the 32XL8E has so much in common garnered a respectable 8 out of 10 when we reviewed it a few months back, I guess the question with the newer model has to be whether the addition of 100Hz takes it up that extra step into genuine best buy territory.

And the short answer is, no, it doesn’t. Not because the 32XL8E isn’t better than the 32X20E – in fact, it is. But rather because the march of time in the LCD world has brought with it rival models – especially the Philips 32PFL9603D – which highlight a few 32XL8E flaws.

The first of these concerns the Sharp’s black level response. Compared with the best rivals, and even with some of Sharp’s own bigger-screen TVs, the 32XL8E’s black levels just don’t look particularly inspiring. During a play-through of ”There Will Be Blood” on Blu-ray, for instance, the extremely dark scenes at the start of the film where Daniel Plainview mines for silver are undoubtedly affected by a degree of LCD ‘grey clouding’. As well as making black colours look slightly unconvincing, this problem reduces the image’s depth and costs the picture quite a bit of shadow detailing. 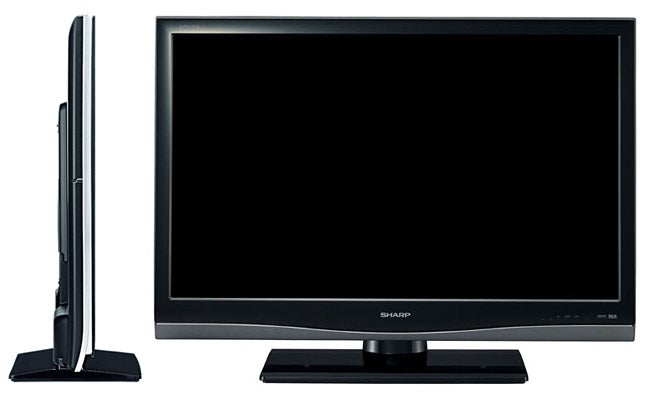 It doesn’t help the black level situation, either, that the set’s viewing angle isn’t particularly forgiving, with noticeable extra greyness creeping in if you watch from more than 35-40 degrees.

The other main issue is that its rendition of HD sources just doesn’t look as pin-sharp as it does on some rival Full HD screens. Sure, you can tell you are watching ”There Will Be Blood” on Blu-ray rather than DVD, but you don’t get that almost tangible sense of the harsh Southern Californian landscape I’ve noted with some HD screens. In fact, if I’m honest I feel as if some HD Ready (as opposed to Full HD) screens have made 1080-line sources look crisper than this Sharp does.

To be fair, the 32XL8E’s pictures do at least look slightly sharper than those of the 32X20E, because of the 100Hz processing. This ensures that there’s noticeably less motion blur around during motion-packed ”There Will Be Blood” sequences such as the aftermath of the oil well blast that costs H.W his hearing.

Even better, the 32XL8E uses Sharp’s ‘good’ 100Hz engine – i.e. the one that looks natural with hardly any negative side effects – rather than the over-wrought monstrosity wheeled out on Sharp’s debut 100Hz products a year or so ago.

But even with the 100Hz engine, there’s ultimately no getting round the fact that Full HD 32in screens from Panasonic and especially Philips, to name but two, definitely look sharper.

One other problem with the 32XL8E is that its colours don’t always look particularly convincing. Perhaps because of the TV’s slightly underwhelming black levels we’ve got a situation whereby skin tones tend to look a touch heavy-handed during dark scenes, no matter how much we tweak the colour settings, and rich reds and especially greens look a touch ‘radioactive’ at times.

In other areas the 32XL8E does very nicely. Colours, for instance, although not always completely believable in tone, do benefit from the TV’s resolution when it comes to the subtlety of their blends and tonal shifts. Plus they’re quite vibrant and fulsomely saturated. 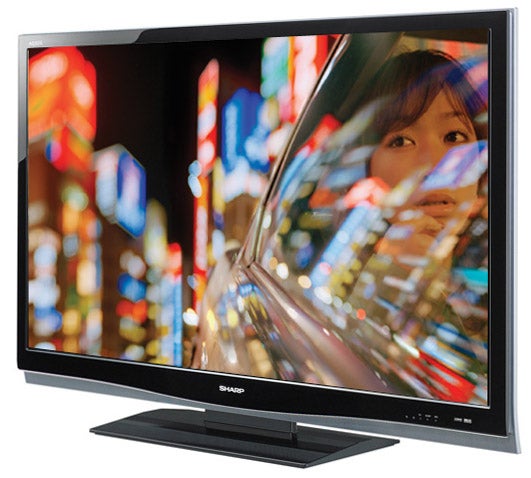 Brightness levels are well-judged, too, so that images look bright but not so aggressive that the picture looks forced or ‘PC-like’. Also, video noise during HD viewing is at a minimum; and aside from some rather plasticky skin tones, standard definition pictures are upscaled to the set’s Full HD pixel count reasonably well, with less noise and colour inaccuracies than we often see with standard def on Full HD screens.

While the 32LX8E might have a lot in common with the 32X20E pictorially speaking, sonically it appears considerably better. A 2-way, four-speaker arrangement delivers actions scenes like the sliding truck/smelting factory sequence in ”Terminator 2” with much more clarity, range, and undistorted volume than the earlier Sharp model, while dialogue remains clear and credible no matter how much of a maelstrom is going on behind it.

Fed the right material – with something bright, colourful and not particularly high in contrast – the 32XL8E can produce some really excellent pictures. And it sounds good too. It’s just a pity that it’s not more consistent.