The Great British obsession with resolution shows no signs of abating. We saw it first in the digital camera world, where the sheer number of pixels in a camera somehow became the only thing that seemed to matter to people when they were thinking about picture quality. And now the quest for ever more pixels has spread to the TV world to the extent that even TVs as small as 32in are starting to go ‘full HD’ rather than merely HD Ready.

Sharp’s LC-32X20E is one such full HD 32in TV. Which is to say, of course, that in order to satisfy consumer demand, it somehow manages to cram 1,920 x 1,080 LCD pixels into its relatively diminutive frame – regardless of whether there’s actually any great benefit in doing so. 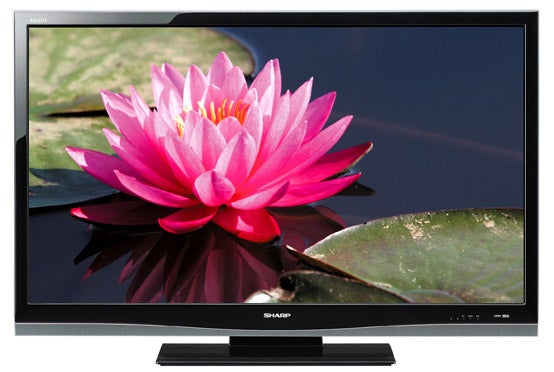 We make this latter point because while there’s no doubt whatsoever that having a full HD resolution can improve picture quality on large screens, at the 32in level it arguably only makes a perceptible difference if you have to sit unusually close to the TV. Otherwise, unless a TV is truly exceptional, your eyes just won’t have the perceptive power to detect all if any of the usual full HD benefits.

So I guess the key question for the LC-32X20E to answer is if it’s truly exceptional or not.

Aesthetically the TV just about does enough to qualify for ‘exceptional’ status, at least. The gloss black of the majority of its bezel is nothing out of the ordinary, but what certainly is rather sweet is the way the black is accentuated by a silvery ‘wave’ curving its way along the TV’s bottom edge.

The set’s connections are good too, leading off as they do with three HDMI inputs and a component video input for HD duties. But also of note are a D-Sub PC port, a couple of SCARTs, a digital audio output for when Freeview gets round to delivering Dolby Digital soundtracks, and an RS232C control port to help integrate the TV into a wider AV network.

The next LC-32X20E feature to catch our eye is a claimed contrast ratio of 10,000:1 – a very high figure indeed for a 32in TV, and one which I have to say I’m slightly sceptical about. In keeping with practically all LCD TVs these days the LC-32X30E employs a dynamic backlight system to improve its black level response, by dimming the image’s brightness when a dark scene is detected. And my suspicion is that when calculating the blackest parts of the LC-32X20E’s contrast ratio, Sharp’s engineers probably had the brightness turned down practically to zero.

Still, to be fair to Sharp it also provides a ‘native’ contrast ratio figure of 2,000:1, achievable without employing a dimming backlight. And this likely more credible feature is still quite impressive versus similar figures provided by a number of rival brands. 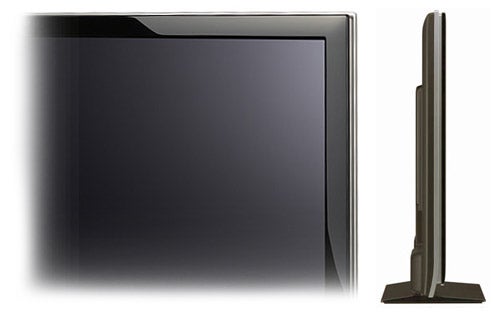 Other features of the LC-32X20E important to its home cinema potential include this little lot: 24p support via HDMI for the purest delivery of your lovely Blu-rays; manual backlight adjustment; a built-in light sensor that the TV can use to adjust the picture settings automatically to best suit the ambient light conditions; two different progressive scan modes; a pseudo surround sound processor; and finally an Ecology mode which emphasises the TV’s green credentials by combining the light sensor with various standby modes and ‘auto-off’ features to try and make sure the TV never wastes any electricity.

And so we get to the million dollar question: is the LC-32X20E exceptional enough as a performer to deliver the full HD difference? And if it isn’t, is it at least good enough to justify its £600-odd price?

Regarding the first issue, I have to say that the LC-32X20E doesn’t quite deliver a true full HD experience for the simple reason that the picture doesn’t look quite crisp enough. Sure, there’s easily enough definition to make the picture look HD, but there’s seldom that extra full HD ‘snap’, even if I stick my face pretty much right up against the screen.

To be fair, the subtler colour blends and, especially, the reduced video noise associated with full HD screens when watching 1080-line sources are delivered by the LC-32X20E. This means exceptionally high quality HD source images, such as Sky HD’s recent broadcast of ”Zulu”, can look superb. But with the majority of footage I just can’t escape the feeling that I’ve seen HD Ready 32in pictures that look sharper.

One final area I didn’t feel entirely comfortable with when watching the LC-32X20E is colour tone. It seemed to me that some skin tones looked a bit ‘poached’, while some rich greens and reds don’t look quite ‘right’, for want of a more accurate description!

Still, while colour tones can look a bit off with video sources at times, funnily enough I noted precious few similar issues with HD games. Assassin’s Creed, for instance, looks mesmerisingly good, with completely natural colour tones and the sort of extreme clarity that I felt was slightly missing from the TV’s HD video presentation. 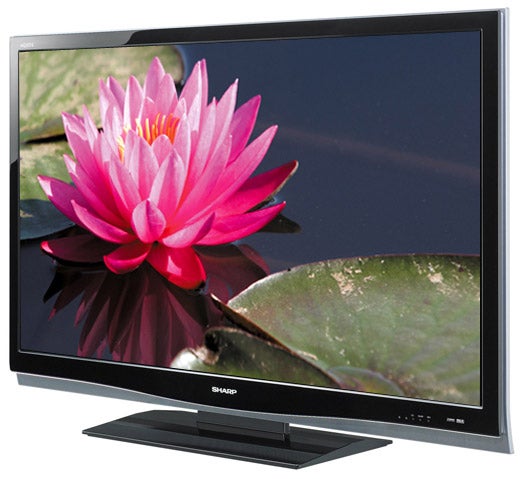 Interestingly enough, Sharp has tended to market the LC-32X20E as a ‘gaming TV’, making me wonder if its own marketers have felt the same about its picture performance as me.

I should also add that pictures in general look very bright and are rarely affected by LCD’s motion blur problems. Plus black levels get deep enough to ensure that you don’t miss a thing during a little night-time thuggery on GTAIV. Colours are certainly never less than fulsomely saturated, even if they’re not always perfectly toned.

Turning my attentions to the LC-32X20E’s sound, I came away feeling rather underwhelmed. Everything’s fine – if a touch thin – when there’s nothing stressful going on in the audio mix. But as soon as the set’s speakers have to cope with two or three large soundstage elements, such as an explosion, dialogue and a potent score, they give up the ghost almost entirely, sounding weedy and devoid of bass. Boo.

Despite not completely delivering on its full HD promise, Sharp’s LC-32X20E is a good TV that becomes very good with really immaculate HD sources and most HD video games.

What’s more, while we can’t ignore the fact that there are 32in TVs out there that clearly outperform it – Philips’ 32PFL9632D and Panasonic’s TX-32LZD85 immediately spring to mind – those superior TVs tend to cost a good hundred pounds or so more.

In other words, if you’re a resolution obsessive on a limited budget, especially if you’re also a big console gamer, the LC-32X20E definitely warrants a look.