My back loves me today. For just for once I’ve decided to give my aching spine a break by turning my critical attentions to something that isn’t massive, namely Sharp’s brand new 19in HD Ready LCD TV, the LC-19D1E.


After the glut of monster screens that have come my way in recent times, the 19D1E really does look tiny. Partly because of the sheer smallness of its 19in, 16:9-ratio screen and partly because of the unusual – and very likeable – slenderness of its glossy black (a white version – the LC19D1EWH – is also available) bezel. It’s really nice to see Sharp working so hard to carry the style of its bigger screens through to the 19D1E’s relatively ‘low-rent’ end of the TV market. 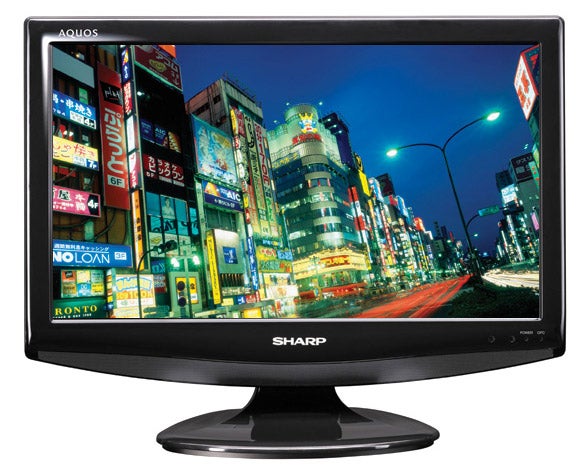 Connectivity on the little chap is OK, in that there’s a D-Sub PC port, an HDMI, a component video input, a SCART, an S-Video jack and a composite video jack, with all the necessary audio line-ins to keep them company.


In an ideal world Sharp might have run to a second HDMI and gone for v1.3 HDMI specification rather than v1.2. But heck; we are only talking about a second-room, 19in TV here after all, not some mega-huge home cinema centrepiece.


Not surprisingly for such a diminutive screen, the 19D1E does not have a Full HD resolution. But its 1,366 x 768 pixel count – along with its HDMI and component inputs – ensure that it’s HD Ready. 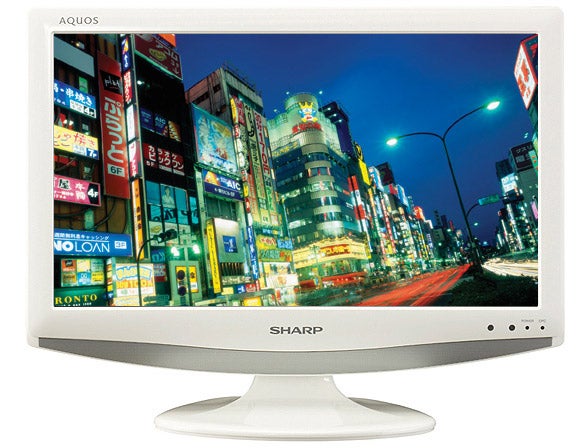 Its most intriguing AV specification credential, though, is its claimed 7,500:1 contrast ratio. Inevitably, given the 19D1E’s LCD nature, this contrast ratio figure is dependent on a dynamic backlight arrangement, where the image brightness is dimmed during dark scenes to improve black level response. Such dynamic contrast systems when done well are actually anything but bad news – yet they are really quite rare on small LCD TVs.


Even without the dynamic contrast system in play the 19D1E claims a native contrast ratio of 1,500:1, which again compares very well to the figures of rival 19in screens.


Comparing rather less well with its peers, though, is the 19D1E’s claimed maximum brightness output of 300cd/m2. This is one of the lowest brightness figures we’ve seen on a TV, although it’s not unheard of in the standard LCD monitor world.

As you’d expect of pretty much any TV these days, no matter how small, the 19D1E has a built-in Freeview tuner with full EPG support. But even more impressively, it also seems to carry the vast majority of customisation options found on its much bigger brothers.


For instance, a variety of thematic picture presets are available, including Movie, Game and PC modes. Plus there’s the ‘OPC’ feature which can automatically adjust the picture’s settings based on an assessment of the ambient light conditions in your room; a ‘Film Mode’ that adjusts the set’s progressive scanning to suit film as opposed to video sources; and even the facility to adjust the saturation, hue and ‘value’ (brightness) of all six of the main colour constituents. 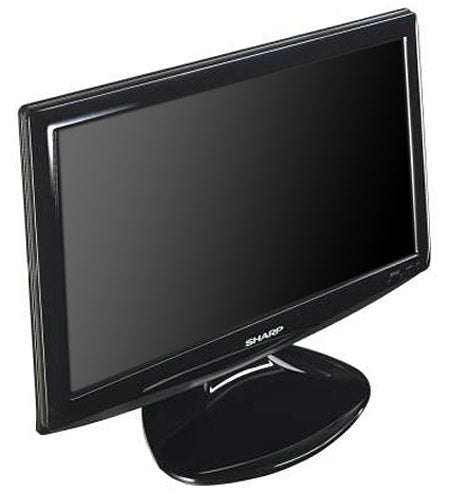 Blimey; with all this attention to detail going into perfecting a 19in screen’s image, we’re starting to think our half-expressed wish for a Deep Color-capable HDMI 1.3 socket might not have been so unreasonable after all!


At this point, though, I need to have a bit of a moan. For while it’s all well and good putting so many features at the 19D1E’s disposal, actually accessing them all is turned into a headache-inducing nightmare by the fact that the options are presented onscreen using really tiny text that’s all but unreadable if you’re more than two or three metres from the screen. At least the remote control is a decent effort, with a straightforward, functional layout and attractive two-tone design.


Finally pressed into action, the 19D1E’s pictures turn out to be remarkably good – not least because of the way they manage to almost completely avoid the small LCD market’s biggest ‘killers’: rubbish black levels and nasty motion blur. 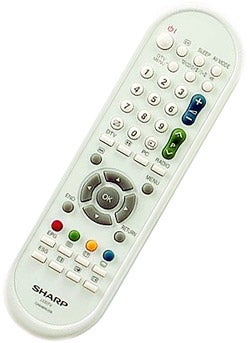 The 19D1E’s black levels are particularly outstanding. In fact, they achieve such genuine depth and colour neutrality (meaning black hues are not afflicted by serious blue or green tinges) that they shame many of the LCD world’s much bigger and far more expensive options.


Seriously, with precious few rival small screens putting much, if any, serious effort into solving LCD’s thorny black level issue, there really is no overstating the 19D1E’s impact on the small-screen market. I’d even go so far as to say that the 19D1E’s black level prowess makes it the first sub-26in LCD TV that I’d really feel perfectly happy to watch a film on.


As for motion blur, even watching a football match in standard definition – which represents just about as stiff a test of an LCD TV’s motion-handling mettle as I can think of – fails to cause any really distracting levels of resolution loss.


I’m not saying there isn’t ANY; faces do blur just a tad as they bob too and fro across the pitch. But the effect is more something you get used to than something that always blights what you watch, and at its worst it is still better than on pretty much any other small screen we can think of.

Although its black levels and motion clarity are its most outstanding picture elements, the 19D1E also has a few other tricks up its sleeve. Its colours, for instance, are terrific, combining surprisingly rich saturations with some of the most natural toning you’ll probably ever see on such a small screen.


OK, yes, one or two rich reds can look a touch orangey, and the occasional standard def skin tone can go a touch waxy. But this is all very small beer indeed versus the various more extreme problems usually found in at least one or two areas on most small TVs. 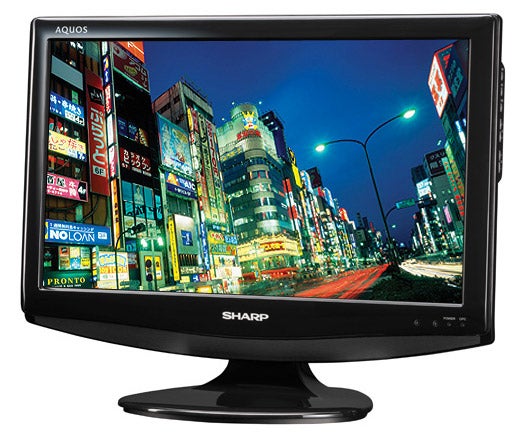 Remarkably, given its size, the 19D1E’s pictures are also detailed enough to clearly delineate the difference between an HD source and a standard definition source. For instance, comparing the DVD of ”Casino Royale” with the Blu-ray, you can definitely see more detail in Daniel Craig’s craggy face and fancy clothes when watching the Blu-ray. What’s more, the 19in screen does a superbly noise-free job of both upscaling the DVD to its HD Ready pixel count and downscaling the 1,920 x 1,080 Blu-ray.


Really the only fly in the 19D1E’s picture ointment is – predictably – its brightness. Images don’t blaze off the screen quite as aggressively as those of some rivals, which could represent a problem if you’re using the screen in a very bright environment, such as a conservatory. But in a relatively low-lit bedroom or study the TV’s superlative contrast and colours will really make a mark.


Even the 19D1E’s sound is pretty good, for heaven’s sake. Traditionally, small LCD TVs sound like the audio equivalent of two tin cans and a piece of string. But the 19D1E delivers enough raw volume to fill a room a good 25m square, together with enough clarity to deliver even a film action scene without too much compression, flatness and distortion. There’s even a more than half-baked attempt to produce a bit of bass, for heaven’s sake!


Although the relentless shift towards ever-bigger screen sizes might make Sharp’s 19D1E appear a little unfashionable, if you are in the market for such a diminutive TV, it’s comfortably the finest LCD ‘portable’ I’ve seen so far.