With prices starting around £79.99, the Shanling MTW100 have a sound and look of wireless earbuds far more expensive. If you can find them on sale in the UK, they will please most who buy them

Shanling is a name that may ring a few bells with committed audiophiles. The China-based firm has been churning out well-regarded premium audio products, such as CD players, for some time now.

As ever when a storied name enters a new product arena, however, its name is only as good as its last offering. It’s lucky then that the MTW100 proves (name aside) to be such a compelling offering.

Beginning with the form of the buds themselves, they’re quite the charmers. Each is around the size of a fingertip and fits easily and securely in the ear. Both have a waterproof rating designed to protect them from sweat and the odd downpour, and they’re feather-light, too.

The black “balanced armature” version, in particular, is quite the looker. Although we’re certain that glossy plastic will look a little grubby in time, they put the likes of the AirPods to shame. 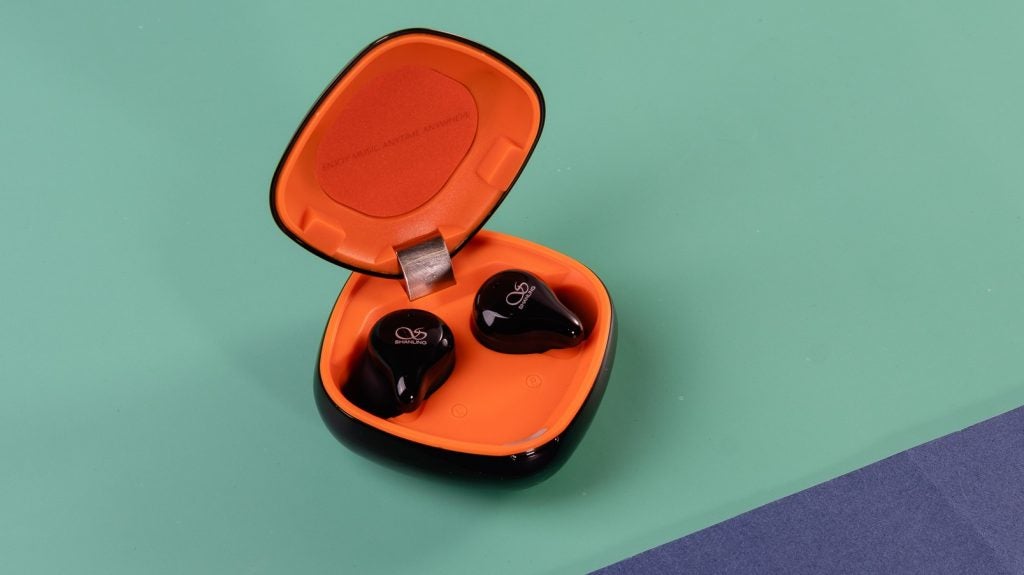 It’s unfortunate then that this styling doesn’t continue to the carry case. It’s small and pebble-like and includes a useful lanyard loop, but it feels cheaply made. The hinge, in particular, feels as though even moderate pressure would prove too much. A battery is included, with a USB-C port for charging. This is good for an extra 24 hours of battery life, offering around three full charges.

The design of the buds and case mean that they’ll work for any task – while jogging, on the commute, or providing accompaniment while doing chores.

As with most wireless buds, when the MTW100 are removed from their case, they’ll seamlessly pair with the last device used. We tested the Bluetooth connection in a variety of settings, through walls and more, and found that once a connection was established, it remained rock-solid. 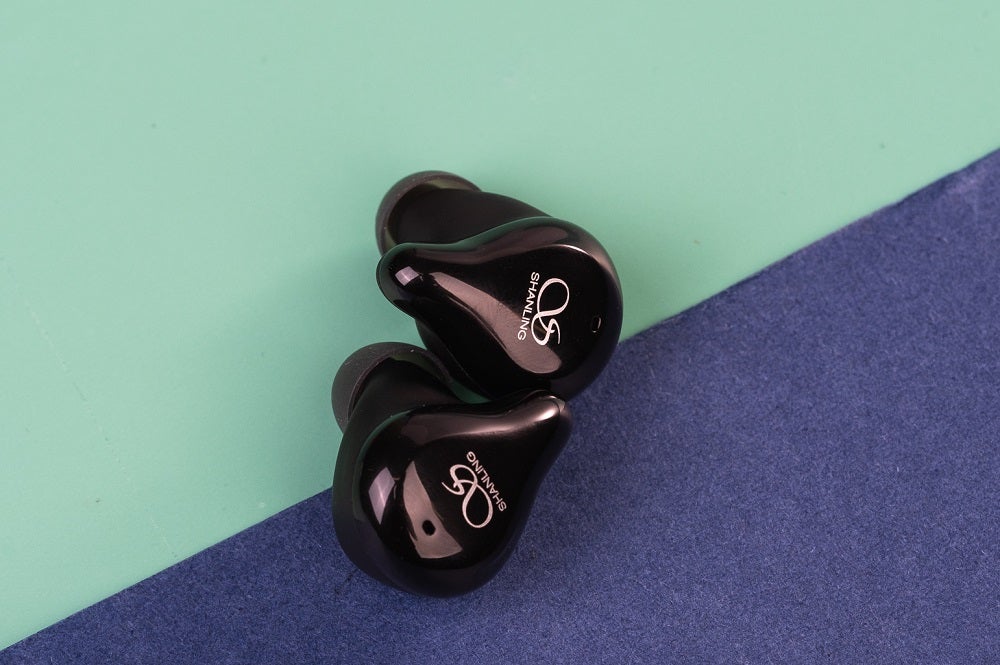 The touch controls on offer were also much appreciated, given that they bucked the trend at this level by actually working. However, they’re limited in that there’s no voice-assistant activation. Of course, there will be a few who consider this a blessing; but it feels like an oversight given that rival buds at significantly cheaper price points offer such functionality.

A “pass-through” mode is particularly appreciated, for those moments when you need to be aware of your surroundings but still wish to rock-out. We found it was mostly effective, and certainly sufficient for those moments in which it was needed.

Sound – The Shanling MTW100 give a balanced performance overall

When it comes to sound performance, we had high expectations for the MTW100s – and were pleasantly surprised. These being the “balanced armature” versions, we were expecting requisite performance – and, indeed, the sound produced is clear and “neutral”. This is the balanced armature version is not to be confused with the other variant of the MTW100, which houses a 6mm graphene driver in each bud. 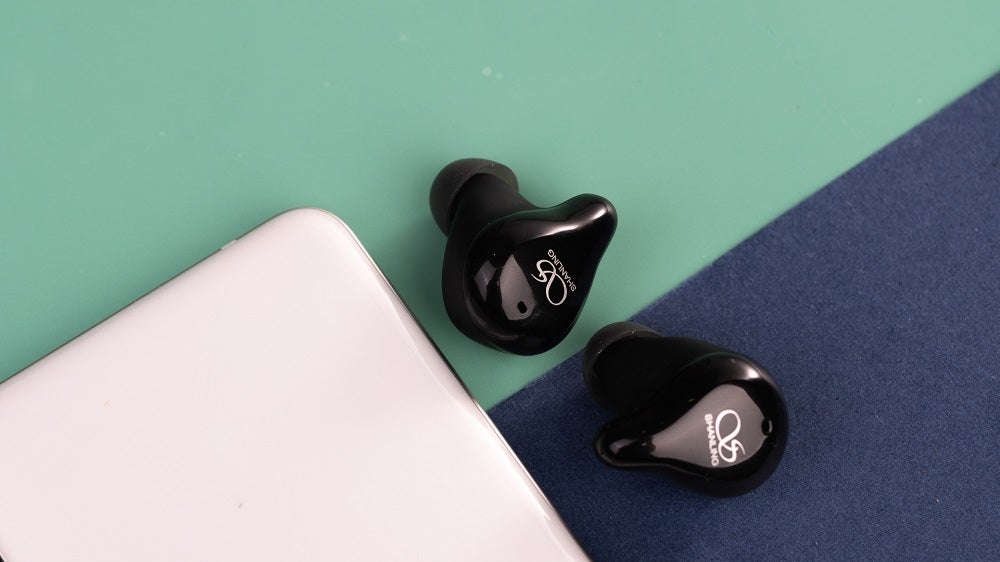 As such, the MTW100s don’t emphasise any particular frequency, offering a rounded overall experience. Bass is warm and displays plenty of detail and a little punch, while trebles deliver good energy; these buds work well for almost any environment and genre. True bass-heads will need to find their kicks elsewhere, but for most consumers, the Shanling MTW100s are a great proposition from a pure-audio perspective.

Tracks with complex changes, such as Water by Jamaican Queens have detail carefully teased out, while the likes of Philip Glass’s ethereal Etude No.2 show off the compelling soundstage. As mentioned, the MTW100s are excellent all-rounders, but they shine with classical music and acoustic tracks in particular. They are capable of attack, but their general performance means these earbuds aren’t a fatiguing listen in the slightest. 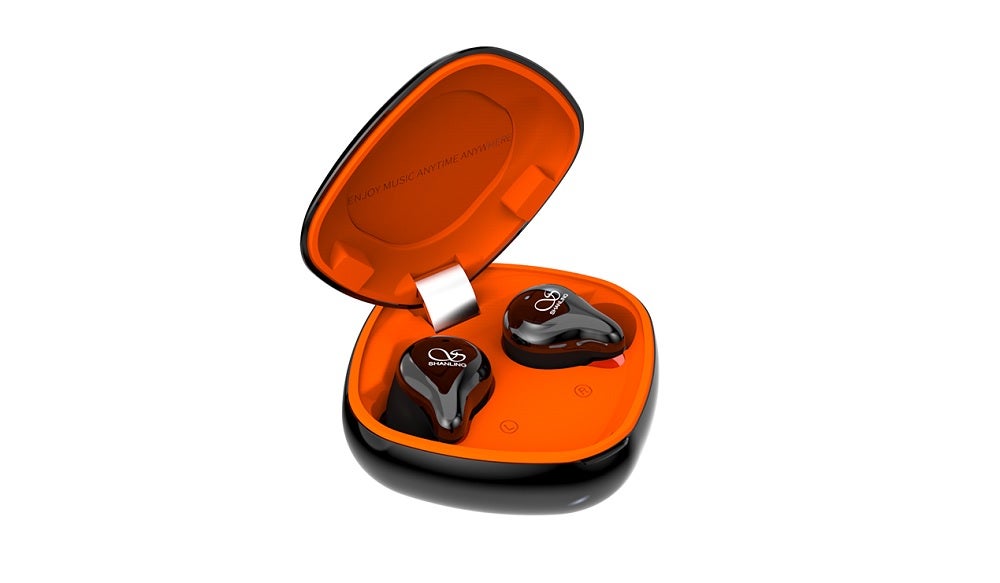 Call performance, too, was surprisingly strong; the microphones, in particular, work well. The Shanling MTW100s aren’t marketed as buds for teleconferencing. However, those who work from home will find themselves well served, with callers on the other end being unable to tell they were being spoken to via a Bluetooth device. This is with obvious exceptions; however, taking calls on a busy street won’t be quite as easy.

This said, with the right-sized tips fitted, we found that most outside noise could be drowned out relatively well – with some exceptions (an ambulance siren is a challenge for all but the very best).

Should you buy the Shanling MTW100?

From the design to the fit, the sound and almost everything else, the Shanling MTW100 earbuds are a compelling product, especially bearing in mind that this is the first attempt.

At around £79.99, they’re beyond the territory of simply being an impulse buy, but are well worth the extra moolah if you can find an outlet offering them easily in the UK. They have a sound and finish reminiscent of something far more expensive, and will please most who buy them.