You may have seen BioWare teasing Shadow Realms in the lead up to GamesCom through a series of YouTube teaser trailers. When the game was eventually announced during the EA Games press conference, we were surprised by the route the game was taking.

Rather than the more traditional BioWare title, Shadow Realms is a third-person role playing game (RPG) with a twist. You and a team of three other players will have to take on the task of defeating the player-controlled Shadowlord in this 4v1 online-only multiplayer title built specifically for PC.

BioWare explained that they wanted to take everything fans loved about BioWare titles and repacked those ideas into a next-generation online RPG. The basis of the game is to bring the original tabletop RPGs into the digital age. 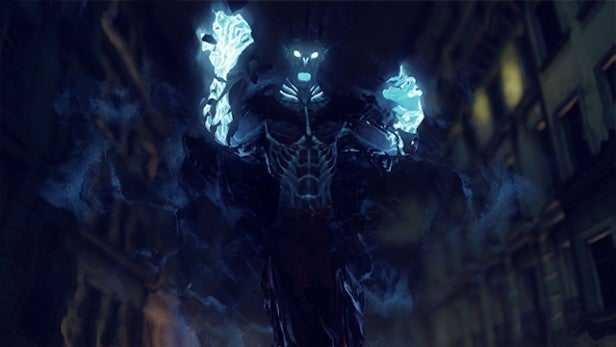 Behind the scenes, there’s a strong BioWare team, including long-standing BioWare dev Dallas Dickinson. He’s a lead writer at BioWare and one of the main men responsible for titles like Star Wars: The Old Republic, Neverwinter Nights and the first two Mass Effect games. He’s now the producer of Shadow Realms, so at least you can stay safe in the knowledge it’s got a great team behind it.

Shadow Realms will take place on in the “real world” for a good portion of the game, but every now and then access to these Shadow Realms will open up. For example, our play with some early pre-alpha software saw us fighting it out in the Gothic world of Embra.

Although there’s a very strong focus on storyline, as is the basis for all BioWare titles, with Shadow Realms, the developer is trying something new. For the first time in a BioWare game, the storyline is going to be released episodically.

Similar to what’s being done with games like The Wolf Within or The Walking Dead, Shadow Realms will be released in episodes throughout the year. BioWare’s aim is to make the game feel more like a community experience. By releasing it episodically, players will be able to experience each segment with their friends and the rest of the BioWare community. 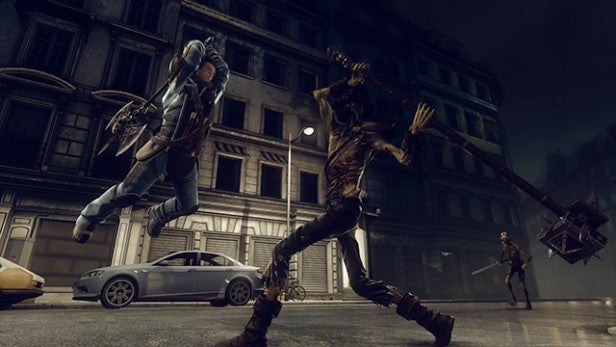 We didn’t get much sense of the story in our GamesCom demo, but BioWare stresses that it will be structured in a similar manner to TV series, with major plot points arriving in cliffhanger style. With BioWare’s history, we don’t doubt that it will be a very compelling storyline. The developer also suggested that despite its position as an online multiplayer, decisions made by players will impact the story.

Similar to tabletop gaming back in the day, Shadow Realms will thrive on its unpredictability, curve balls, teasers, cliffhangers and ultimately the players.

When accessing the Shadow Realms themselves, players will be rewarded with location specific rewards, such as armour or weapons. The idea is to make characters as unique as possible, with some of the potentials being “Punk Rock Warlocks” or “Machine-gun wielding wizards” according to the Shadow Realm devs.

As for the combat, it will be deeply customisable, as with previous BioWare titles. The four classes we got to see were the Cleric, Assassin, Wizard and Warrior, but we didn’t get to play around with any of the character creation tools. 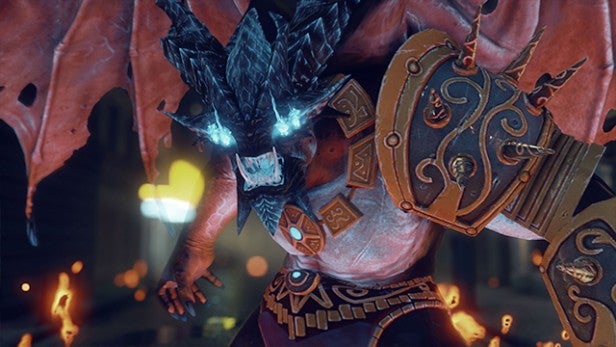 Both the human team and the player-controlled Shadowlord will level up the more you play, just like your standard RPG. Each character will be fully customisable as will the armour, weapons and other content.

The Shadowlord himself will have a wealth of tricks at his disposal. He’ll be able to summon monsters, set traps for the human team, possess creatures in the worlds, use a selection of special abilities and even control the enemies that spawn in the Shadow Realms.

Unless he’s possessing and controlling an enemy, the Shadowlord is invisible to the humans. You’ll need to listen out for audible trap tells and make sure to move quickly out of the way if he lays mines or other hazards. These can be spotted by coloured rings that suddenly appear on the ground, with the undulating rings quickening near impact.

When the Shadowlord is possessing a victim though, that enemy will have a light blue glow to them, highlighting to the team that this is the one to focus on. 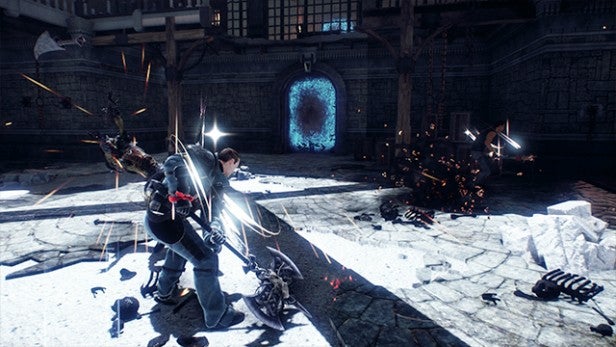 During our play we got to experiment with the standard attack operated by a left click, and three more powerful attacks located on the 1,2 and 3 keys. If you kill enough enemies, you’ll also have access to a devastating fourth attack. Of course, controls for these will all be customisable too, but we weren’t given the opportunity at this point.

The overall gameplay is very similar to that offered by previous BioWare RPGs, albeit in a four-player co-operative style.

You can customise your load-out before starting play, but as the Shadowlord will also be customised to the player’s style, human teams may find they need to switch out mid-battle in order to properly fight him. This can be done at check-points found interspersed within maps. When all four players interact with it at the same time, the game is paused while they re-group and perhaps change kit before the next area. 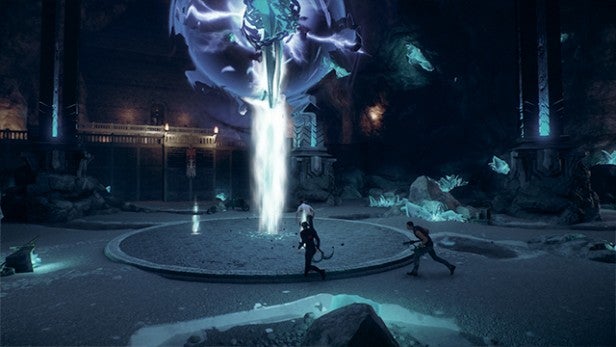 If you are downed during play, your comrades have a certain amount of time to revive you. To do this though, they’ll need to have at least one trauma pack on their person, and each player only has a maximum of two per arena, so you’ll need to be careful. Death therefore can sometimes be inevitable. But any recently deceased players will respawn at the next checkpoint if the rest of the team makes it.

Even at this pre-alpha gameplay stage, we can see the appeal of this next-generation table top RPG. It has all the trademarks of a classic BioWare adventure just packed into a brand new format. We’re intrigued to see how the story episodes are realised and how much player decisions will influence gameplay.

BioWare has announced the game this early because it is adopting a “player-first” mentality for Shadow Realms. Players can sign up for the alpha via the official website as long as they are committed to delivering honest feedback to BioWare. In return, the developer is committed to being transparent with updates, changes and roadmaps for the game.

First Impressions
Shadow Realms has the potential to be quite a unique title, if it can deliver on the promises being outlined by BioWare. If it can offer the classically strong BioWare storylines in an episodic nature via the 4v1 multiplayer platform, we’ll be impressed. There’s potential there, but it’s a long way from release. We’re just waiting to find out more about this unique title.