The second Colossus always gets me.

My sympathies to the first colossi, but it’s a glorified tutorial. The second, though – there’s something terribly sad about the way the light fades from the eyes of the lumbering, quadrupedal titan. You bring it low with arrows, the mythological thorn in its paw, but instead of relieving its suffering, you clamber its weary body and stab the life from it, blood erupting in black fountains as it fights to survive. As it dies, I get that now familiar pang that I’ve just done something unspeakably wrong.

Buy Shadow of the Colossus now from Amazon UK | Amazon.com

That such a moment stays resonant, more than a decade after Shadow of the Colossus first appeared, speaks to the game’s power as a work of art. Likewise, despite this PS4 outing being the third release of Fumito Ueda’s second directorial work – originally released on PS2 in 2006, before getting a 1080p release on PS3 alongside its predecessor Ico in 2011 – it remains a starkly beautiful and emotionally powerful experience.

For the uninitiated, the game centres on Wander, a young warrior – we think – who travels to the Shrine of Worship to resurrect a young girl, Mono. Guided, or perhaps lured, by ethereal voices known only as the Dormin, Wander is directed to slay the Colossi roaming the ancient landscape, trading their lives for Mono’s. With each one felled, Wander is pierced by tendrils of darkness, awakening back in the shrine of worship, overlooked by shadows of their former majesty, judging you. Then you rise, and head off in search of your next victim.

At a glance, Shadow of the Colossus can appear quite linear. The gameplay loop returns you to the Shrine of Worship after each encounter, points you at the next Colossi, and pretty much says “go get it”. The world is empty – there are no villages or people to interact with, no other enemies to fight, and even the Dormin only speak to you when telling you which titan to assassinate next. Yet it’s one of the most absorbing and fascinating virtual worlds ever created.

Like most of Ueda’s games, specifics are left to the player to uncover or even make up themselves, from character motivations and backgrounds, to the history of this fantasy locale. Thankfully, there’s plenty of background detail to cultivate such discoveries and fan theories. 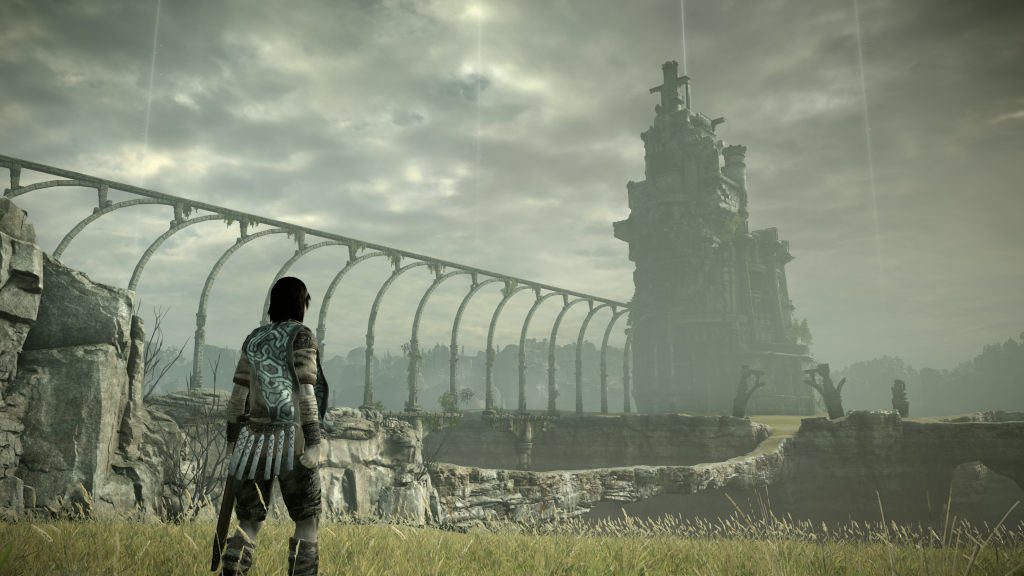 The Colossi themselves are ancient titans, part golem, part living creature, hinting at a mystic purpose beyond understanding. The setting shows signs of having once been inhabited, with detailed stonework and ruined settlements. Yes, you can marathon the game and slay every Colossi in rapid succession, but it’s so much more rewarding to explore, and piece together your own personal mythology of this dark and mysterious world.

This remastered edition – recreated by Bluepoint Games from the ground up, based on the codebase of the PS2 original – makes exploring even more enticing. It is profoundly beautiful, with support for 4K HDR output on PlayStation 4 Pro that makes it stand shoulder to shoulder with any modern game.

It’s such a significant overhaul that even the PS3 remaster looks blocky and dated by comparison. The 2011 remake still suffered from texture pop-in and artifacting, both visual ills not to be found here. There are even customisation options, allowing you to choose between emphasising frame rate or resolution depending on your set-up, for the optimal experience.

Sound quality is similarly improved, even if you’re playing through basic TV speakers. This is particularly noteworthy, as it allows Kow Otani’s eternally beautiful score to really ring out, the musical suite perfectly matching the major narrative strokes as you defeat each Colossi.

There are a handful of concessions made to modern expectations. Controls are given a tweak, though the modern controller layout is more a remapping than a rethink. The major change is giving Wander’s dodge move a dedicated button – it’s now mapped to Circle rather than a combo of (the previously overburdened) R1+Triangle. It makes things smoother and more natural feeling, but if you don’t like it, Classic controls – plus tweaks of Modern and Classic modes – are available. 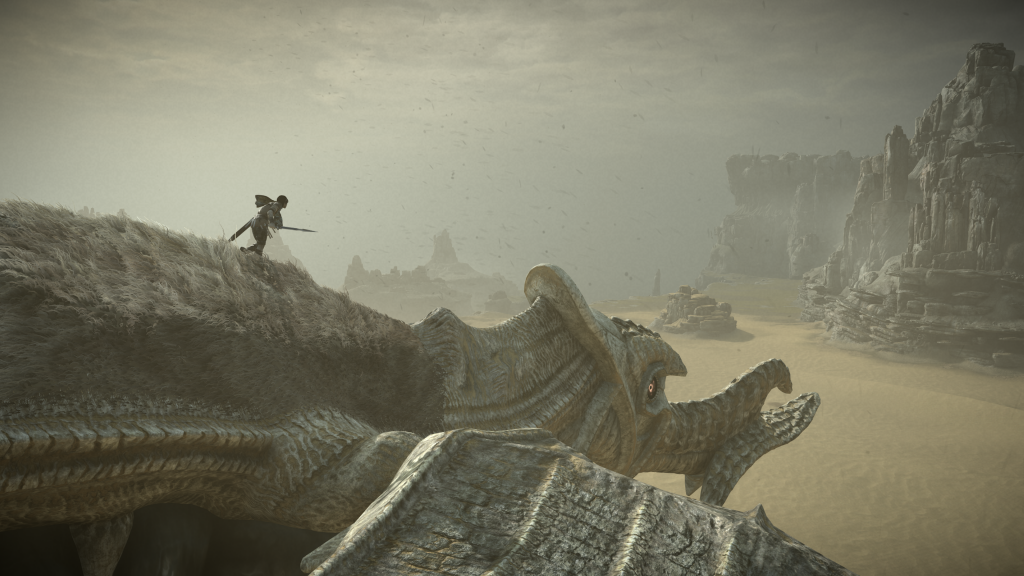 Other changes feel like minor massages – auto-saving is a nice addition, for instance, as is being able to manually save your progress at will, while a revamp of the world map makes the locations of Colossi and healing prayer shrines clearer. There are also new challenges and time trials to tackle once you’ve completed the game at least once, earning you new items such as masks, with game-changing effects.

Perhaps the biggest change is the addition of photo mode. At any point, you can tap the D-pad and take advantage of the game’s beauty with a plethora of camera options. Everything from physical position and lighting to post-FX filters and vignette intensity can be played around with – Uncharted: Lost Legacy had a similar range of photography options – to create shareable snapshots. It might be mood-breaking to freeze your battle against the Colossus du jour to go into camera mode, but when the world looks this good, it’s hard not to give in to temptation.

About the only negative is that controlling Agro – Wander’s horse – is still annoying. Agro speeds up with each tap of Triangle, but the slightest tug on the left thumbstick slows down, even when just trying to change direction. It makes for a jagged, frustrating ride packed with micro-adjustments to get anywhere. It is possible to simply hold Triangle for a constant speed, but then turning is even trickier. There’s no happy medium, and I found myself avoiding travelling on horseback more often than not. Yet in every way that matters, this remains the masterpiece that players first fell in love with more than a decade ago. Although Ueda officially left Sony in 2011 (The Last Guardian, his follow-up to Colossus, actually launched last year), his unique design sensibilities, his fingerprints, his artistry are still present here.

Buy Shadow of the Colossus now from Amazon UK | Amazon.com

Still one of the finest games ever coded, and now fit to be seen on the very best TVs. This is how remasters should be done, bringing the original content up to modern standards, without diluting what made it great in the first place. Bluepoint has effectively improved on perfection.