If only more Kinect kid’s games – and more kid’s games in general – showed the kind of sense and imagination displayed in Sesame Street: Once Upon a Monster, the world would be a slightly happier place. Double Fine Productions, the team behind Psychonauts, Brutal Legend and Stacking, has created a game that’s guaranteed to charm its young audience, but isn’t a chore for adults to play either. Provided your children are young enough to get it, it’s a fantastic family game.

It’s structured like an interactive storybook divided into chapters, with each chapter focussing on a particular monster with a particular problem that needs to be resolved. Cookie Monster and Elmo are the principal characters, and in the first chapter they have to help Marko, a large, gangly creature who wants to have a birthday party, but who doesn’t have anything for it, or any friends to invite for that matter. Elmo and the Cookie Monster step in to help. 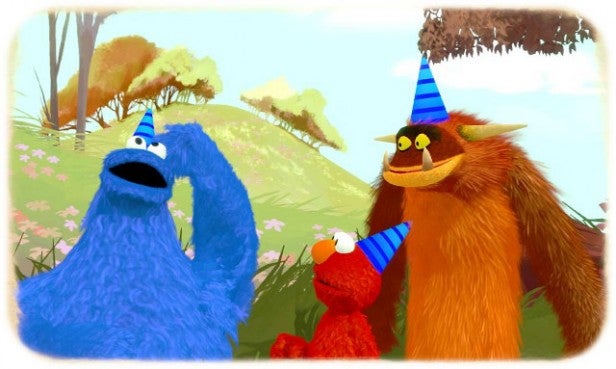 What follows in each chapter is a sequence of acivities, ranging from Kinect staples such as leaning to collect objects and jumping and ducking to avoid obstacles, to some more playful dressing-up efforts, and even a spot of flying, dancing and drumming, like a stripped-back Rock Band. The Kinect controls are responsive but generous, giving your average five-year-old a chance of getting through with a half-decent score, and it’s impossible to fail completely.

The actions involved are nice and intuitive, and there’s a great sense of interaction with the monsters. As an adult you can see the smoke and mirrors at work, but smaller kids will get that feeling that their part of the whole monster gang. Before long, Elmo and the Cookie Monster have roped in Grover, a costume-mad monster called Shamus and another fun trumpet-playing friend. Needless to say, it has a happy ending. 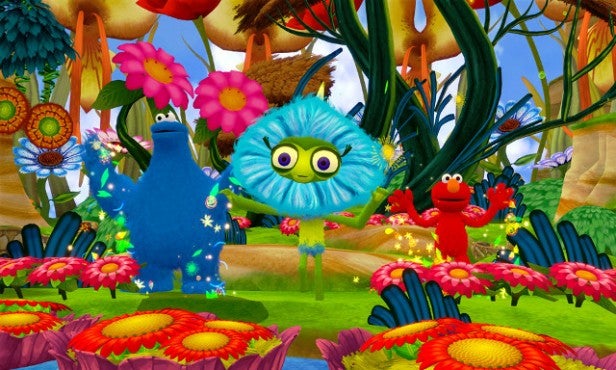 Once Upon a Monster is not a very long game, nor is it particularly deep, and its low on the kinds of collectible bonuses and high-score goals that might keep players coming back for more. Yet each chapter has a bit of replay value for the simple reason that its audience will want to come back and see the monsters and retry the activities time and again.

The fairly short chapters mean it’s a good game to play when there’s a little time to kill, and the activities are paced so that they keep the kids engaged without risk of losing their attention. Other developers of family-friendly games might take note. 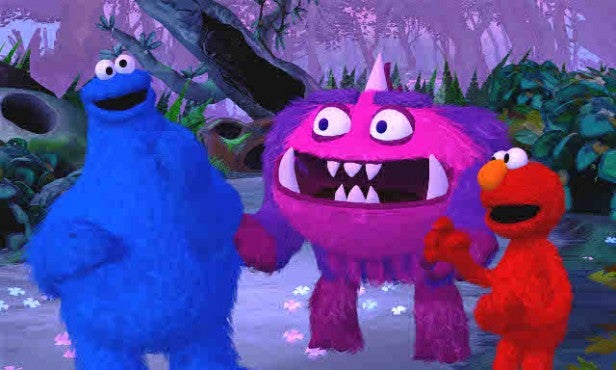 Most of all, Once Upon a Monster has an abundance of charm. The script is surprisingly funny, even for the secondary audience of mums and dads, and the graphics put the majority of kid’s games to shame, with attractive environments and bright, furry, detailed monsters that really come alive on the screen. What’s more, more chapters are emerging as affordable downloads, so there’s room to expand as time goes on
.
Verdict
While relatively short and not the richest or deepest game imaginable, Once Upon a Monster is perfectly constructed for an audience of early-years gamers, and even older kids and adults won’t be immune to its considerable charms. It also looks and feels like a game that’s had a lot of love and attention invested in it. If you have a young family it’s one of the easiest to recommend Kinect games.