Thirtysomething men, pay attention: your world is about to start making sense again. Remember the days of your youth? The Commodore Amiga and the Sega Megadrive? The wasted hours playing having a ‘quick spot of Sensi’ against your mates? Well, it’s time to turn back the clock. It might be running on fairly recent hardware, but Sensible Soccer 2006 makes 1992 feel like yesterday, then reminds you that sometimes yesterday is actually more appealing than tomorrow. 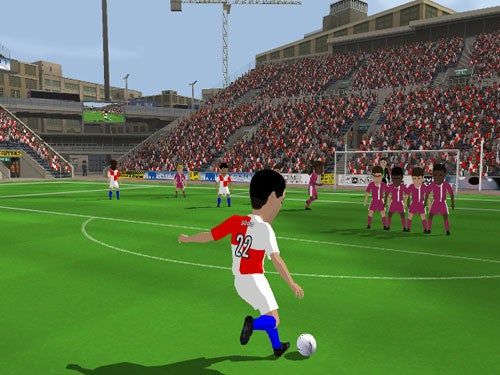 It’s not just the nostalgia factor at work. Sensi 2006 also plays well to a crowd that has grown tired of the current obsession with realism, both photo- and otherwise. In fact, it’s almost easier to list what the game doesn’t do rather than what it does do – it’s the most reactionary game I’ve played since Namco’s absurdly backwards-looking Ridge Racer 6.


For a start, Sensi 2006 doesn’t go in for FIFA-style razzle-dazzle. Not one bit. The front-end is almost functional to a fault – I had to blink to make sure I wasn’t sitting in front of a 16-bit console – but it gets you quickly to where you want to go: the teams; the tournaments; the options. As a result, you can be playing in the World Cup within a minute of the game loading. Can you say that about FIFA World Cup 2006? Nope. By the time Sensi has sounded the starting whistle, you’d be lucky to have hit the ludicrously complex setup menu. 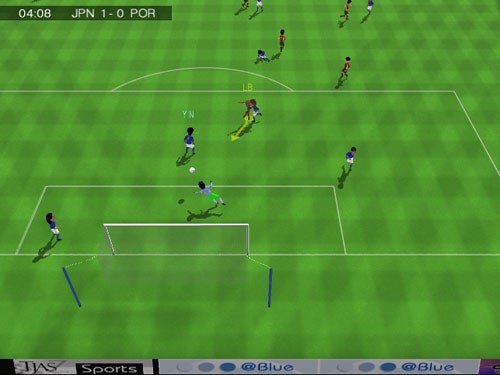 Nor are you faced with minutes of arty shots of stadiums or scenes of the team warming up before kick-off. Sensi hits you with a quick pan across the line-up, and you’re off. And it’s at this point that you might notice that photorealism is definitely not Sensi’s bag. Instead, we have stupid, colourful cel-shaded cartoon graphics featuring men with oversized heads, awful haircuts and comical facial hair. What’s more, while the game’s teams are not licensed, it’s easy to see a resemblance between a certain W. Riiney or T. Hanry and similarly-monikered distinguished footballers. I guess Sensi doesn’t even really try to wow you with complex shaders or accurate depictions; it just wants to make you laugh instead. 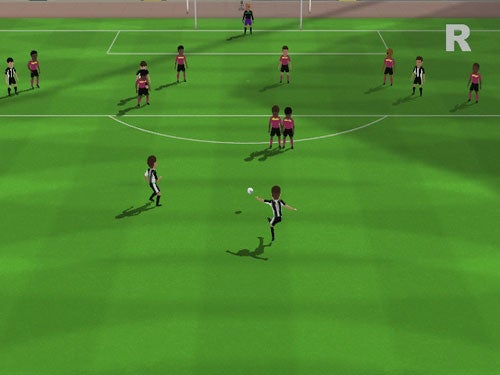 The animation is equally stylised, being big on ludicrous high speed waggle, short on grace. True to Sensi form, the camera stays at a fixed top-down perspective, zooming in and out almost unnoticeably to reveal a little more or less of the pitch. The view gets closer for replays and celebrations, but otherwise that’s it. Good, because that view works exactly like it always did – you can see more of the players and more of the pitch, and play a more tactical passing game with less of the “let’s hope someone’s there” guesswork that the more serious footie games can fall into. Who can complain about that? 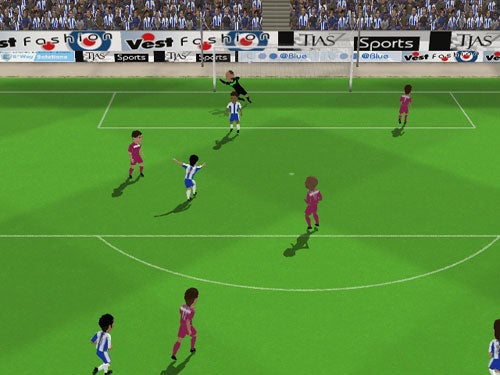 There’s no commentary, no in-game music, and only the most basic sound effects. There are no videos linking tournament games together, and not even much celebration or commiseration at the end of the match. Shorn of such atmospheric touches, Sensi 2006 can only rely on one thing: its gameplay. So it’s lucky that gameplay is superb.


You see, apart from the analogue pad, there are really only five controls: three buttons used to lunge, pass, and either kick or tackle according to context, a fourth button used to change formation and call substitutions (at appropriate pauses) and a trigger used to sprint. Yet through these, and pad-based spin and aftertouch, the game manages to put together a fantastically tight and enjoyable game of football; one that’s accessible enough that your dad could pick it up and play, yet deep enough that with time, you learn to put together blinding runs and outrageous shots and crosses. It’s fast, it’s fluid, it’s frantic, and it’s so entertaining that even people who hate football might love it. Sensi 2006 simply feels just right. 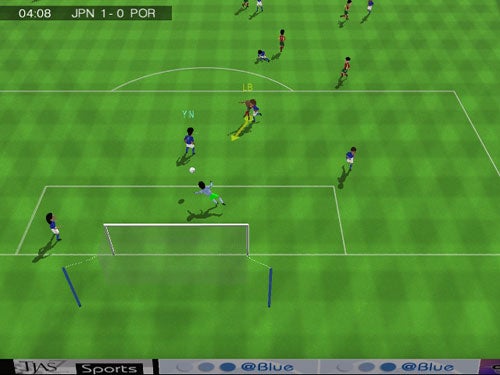 The wonderful thing is that it’s all so spontaneous, so unrehearsed – so gorgeously unpredictable. When playing the computer, you’re not obsessively working out a way to exploit a weakness of the AI or the superhuman goalie; you’re too busy thinking on your feet, moving into position, rushing for the ball and pushing for that late opportunity. In Sensi 2006, a match can change shape in seconds, and even in the last minutes there might still be a disaster or hope of a reprieve. The AI is very sensible, too. There are no difficulty levels, but if you’re playing Italy against Switzerland then you’re going to have an easier time than if you’re playing Scotland against France. And the game manages this without obviously hobbling your opponents in the first case or making you feel completely and utterly outclassed in the second. 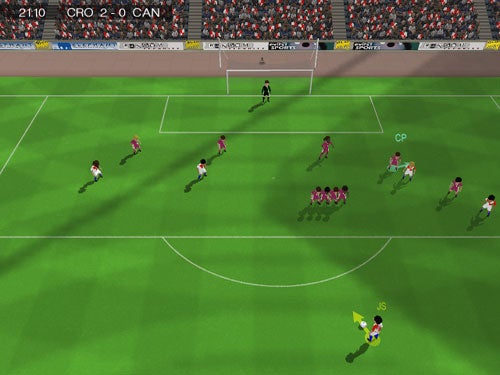 The options reveal a surprising level of depth as well. You can play botched together versions of the major British, European and International competitions (we’ll just assume that you can make a stab at who the Manchester Reds and London Blues might be), and even create your own custom team of individually designed freaks, then lead them through a series of custom tournaments. Winning tournaments also opens up bonus rewards, like the mighty mullet haircut or some union-jack shorts. The only sad thing is that you can’t take your custom team to play online. I’d love to pitch my Belgian Inbred XI against equally misbegotten rivals. Still, Sensi was always meant for multiplayer the old-fashioned way; four players on one console, providing their own foul-mouthed commentary as the match swings to and fro. 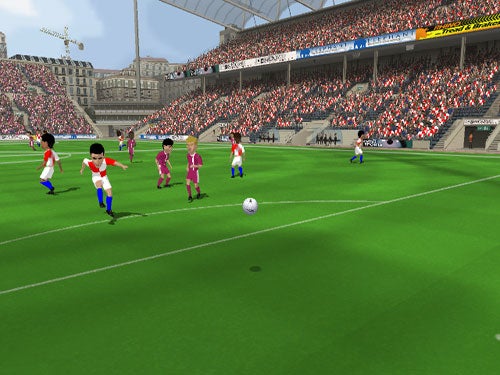 There are questions that could be looked at: should so many tackles or lunges in the box result in fouls? Would it really hurt to include some racial characteristics, so that the North Koreans looked slightly more Korean, and slightly less like a collection of Spanish Holiday reps? And it also has to be said that some matches do descend into an undignified scrabble for possession, to be finished by cheap, messy goals at one end or the other. A slight shame. 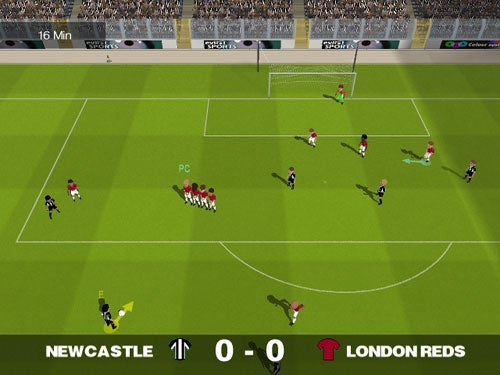 But these tiny gripes pale into comparison when put in context. I’ve had more fun playing Sensi 2006 than I have playing any other football game in years. Maybe I’m not representative of the Pro Evo hardcore or the FIFA-buying masses, but this is the game I’ll feel like reaching for at the end of every World Cup match. It’s no more a simulation of soccer than Mario Kart is a simulation of kart-racing, but who cares? It’s a fantastic football game, and one with so much heart, soul and energy that you would have to be unbearably po-faced to resist it.


A spectacular slice of retro soccer tomfoolery, guaranteed to please anyone who has felt alienated by the realism-obsessed titles of today. The surprise feel-good hit of this World Cup summer? Could be… 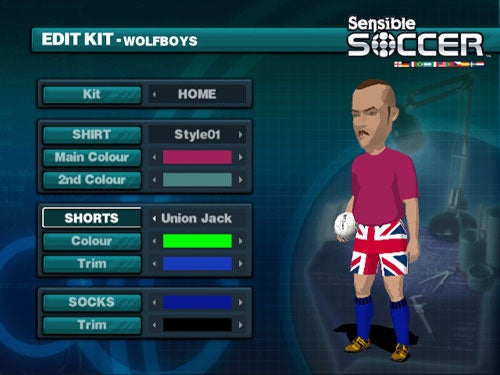