What are the Sennheiser Urbanite On-ear?

The Sennheiser Urbanite On-ear take the lifestyle angle the company started playing with in the great Momentum and Momentum On-ear headphones and move it a step further.

These headphones aren’t just style-infused, they are – as the name suggests – positively urban. And with that comes a greater bass emphasis that often becomes such an issue in headphones of this type.

However, Sennheiser is a bit too good at this game to let a little bit of extra bass ruin the show. The £150 Sennheiser Urbanite are a cracking set of portable on-ear headphones, and offer more natural sound than the Beats Solo 2 with all of that pair’s practical benefits. 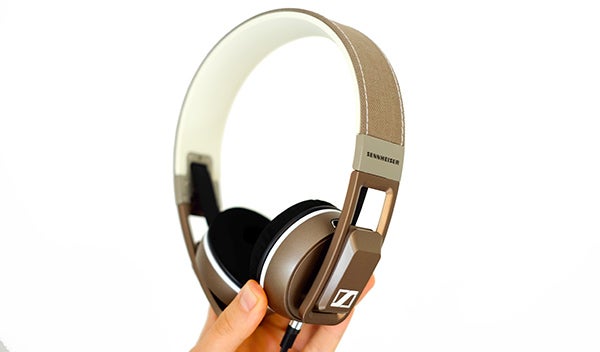 Where the Sennheiser Momentum headphones have a deliberate style-driven look that’s designed to be specific while welcoming a wide array of people of different ages and genders, the Sennheiser Urbanite are a bit more aggressive.

There are more angles, and some style elements that aren’t desperate to please absolutely everyone. Things like the rough fabric-topped headband and the squared-off, bulky ends of the band give them a slightly more youthful style.

We still think those among you over 30 and those who couldn’t pull off even the tiniest bit of street swagger will feel a good deal more comfortable wearing these than the Beats Solo 2. Most of Sennheiser Urbanite’s colour options are a bit more subdued, and this pair simply doesn’t have the social baggage of the market-leading Beats sets. 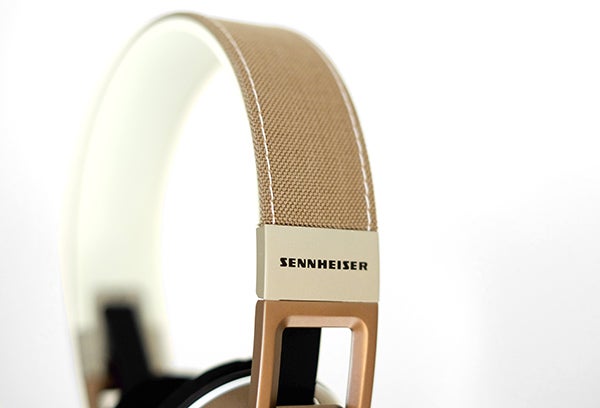 You can get the Sennheiser Urbanite headphones in black, blue, bronzey brown, purple and red/blue – the loudest of the lot. For a company that has spent most of its 60-plus years making pretty boring black headphones, this pair is quite a looker.

They’re very well-built too. The outer part of the headband is either metal or fabric covered, and while there’s plenty of plastic going on, there’s little of the telltale creaking when you twist them.

Like many portable headphones, the Sennheiser Urbanite fold up to become as small as possible, and it’s here where we find the one serious-ish design problem; it’s very easy to get a bit of finger stuck in the metal hinge, something which caused a few loud expletives during testing. 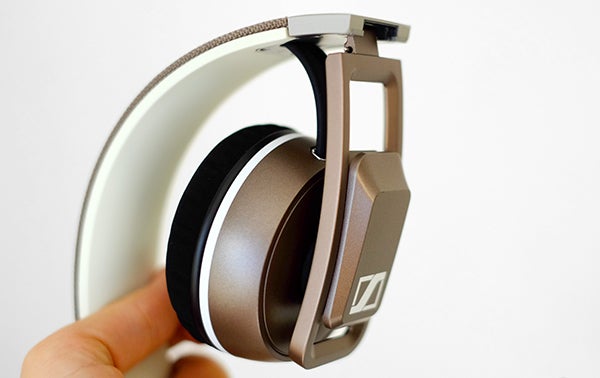 Part of it is down to my own clumsiness, but it’s also worsened because the hinge is actually quite massive, providing a good couple of inches or so where you can get some skin caught. Think twice about buying these headphones for kids – it really does hurt.

It’s the one criticism we have of the design, though. Sennheiser has handled other areas masterfully. The headband uses mid-firm tension to keep the Urbanite headphones on your hair fairly securely and, like the Beats Solo 2, the part of the headband that sits on your noggin is rubbery for extra grip. You could probably get away with wearing them while jogging, although there is a small amount of movement to the fit. 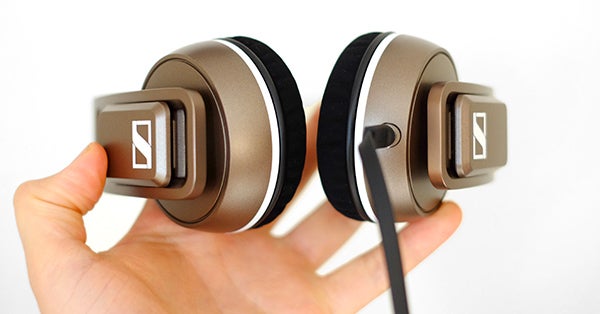 It’s clear that the Sennheiser Urbanite care an awful lot about comfort, which is frequently a big problem with mid-firm on-ear headphones. The pads are topped with a velour-like fabric, which is generally a bit softer and comfier than the synthetic leather that’s more commonly used.

It works wonders – these headphones are very comfortable in their class, even for glasses-wearers. 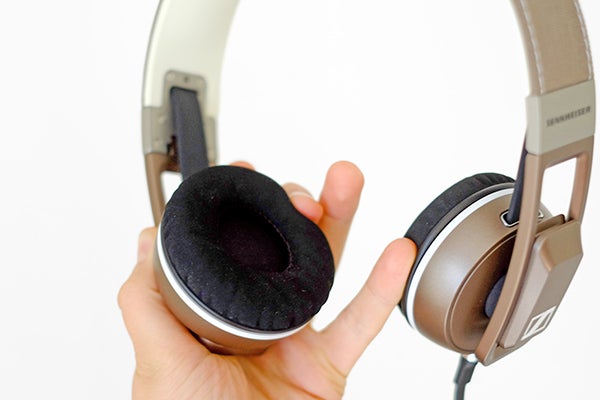 We thought the Urbanite’s brother, the Sennheiser Momentum On-ear, were pretty comfy too, but they suffered from pretty poor sound isolation as a result. Not so here.

An issue with velour pads is that they are generally much more porous than leather, thereby letting in loads more sound. Sennheiser has worked on this to provide really quite good isolation that’s roughly on-par with the Beats Solo 2. We tried the Sennheiser Urbanite on trains, the London Underground and buses and had no problems.

It’s good to see Sennheiser has plugged this issue, as it was the biggest problem with the Sennheiser Momentum On-ear. Street skills intact. 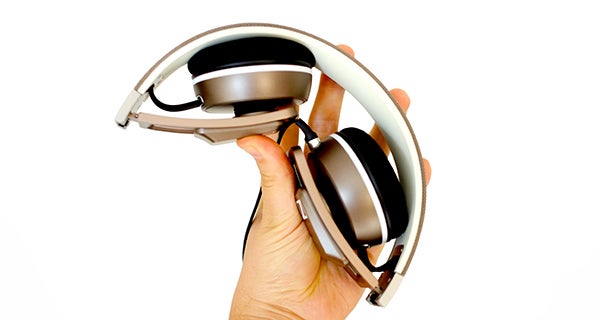 We’re also happy to see the Sennheiser Urbanite use a removable cable. It has a turn-to-lock mechanism to keep it attached, and the cable itself is pretty thick and flat. While thicker cables like this rarely have issues with tangling, this design is particularly tangle-resistant.

There’s a 3-button iOS remote too. It’s strangely large, but thankfully not too attention-grabbing. And it’s light.

Aside from its tendency to snap at your fingers on occasion, there’s very little to dislike about the Sennheiser Urbanite design. 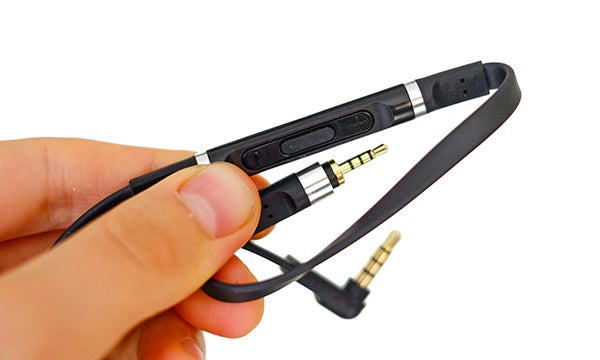 But what about the thing that really matters, the sound? Conscious that Sennheiser is walking a tricky line in making a so-clearly Beats-like pair of headphones, we had a word with them about what they’re trying to create here.

“In terms of the sound, the Urbanite and Urbanite XL deliver a high-quality and substantial bass response to suit the target audience’s sound preference but due to Sennheiser’s uncompromising audio expertise we can also ensure excellent clarity throughout the entire frequency range.

“Rather than artificially amplify the bass in the specific frequencies, we use decades of experience and innovation in the true physics of sound technology to naturally amplify the existing bass in order to reproduce ‘true sound’.

“Often loud, thumping volume is sometimes misinterpreted as indicative of best bass but this is definitely not the case and more importantly, not suitable for protecting hearing over the long term.” 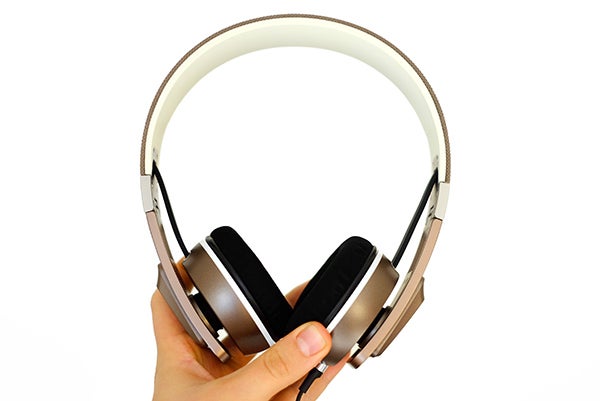 The bass skew is fairly well executed. It’s not just about the low-end either, which is expanded but not quite to the extent of the Beats Solo 2. The entire sound is quite warm and thick, clearly aiming to sound rich and full rather than razor sharp.

It’s a pleasant signature, and as the thickness is throughout the sound rather than being a separate bass magnification, so they come across as fairly natural-sounding.

There’s a consistency here, and it’s heard in the soundstage imaging as well as the tone of the Sennheiser Urbanite. The clarity of the stereo positioning is very good, which helps to avoid the thickness turning into a clogging effect – one of our common criticisms of bassier headphones. 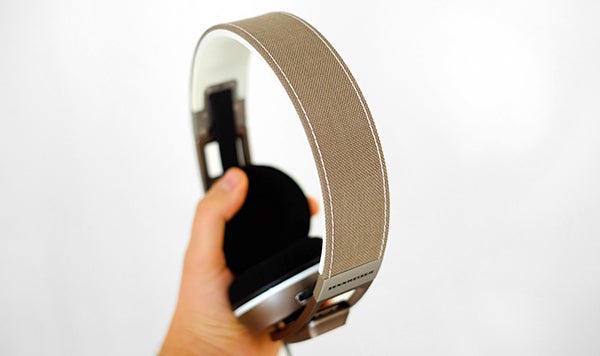 The Sennheiser Urbanite are clear-sounding headphones, but they are also quite dark-sounding too. The treble is fairly conservative, more so than the Beats Solo 2 in fact, so you don’t get a great deal of zing in the top-end. This ‘dark’ or ‘veiled’ sound is quite common among older Sennheiser models. And it’s not necessarily a bad thing, unless you like your headphones bright-sounding. 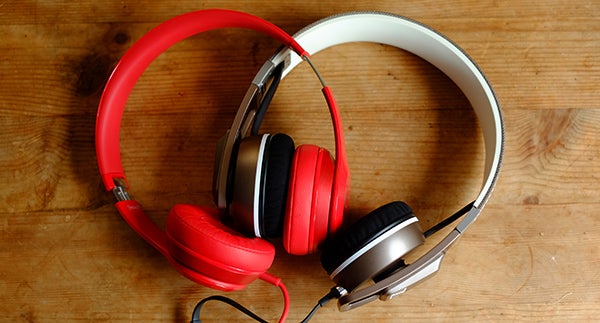 To give a little more context to our observations, we had a listen to the Urbanites against the Solo 2s. These are very similar headphones in some respects – same style, same price.

The Sennheiser Urbanite offers the better sound, much as the more vivacious and slightly sparkier treble of the Beats Solo 2 may make them appear initially more exciting. The Sennheisers offer a more coherent sound, with greater mid-range refinement that avoids the soundstage confusion that the Beats are somewhat prone to. 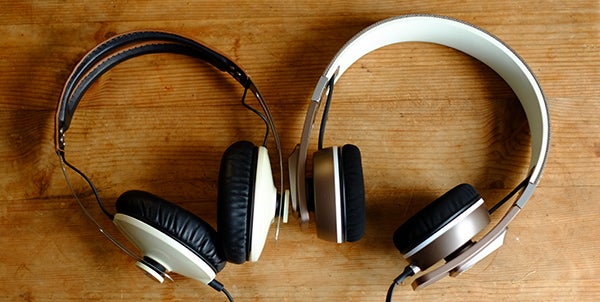 But how do the Sennheiser Urbanite compare to the big boys, the full-size Momentums? They don’t sound quite as good, but that’s to be expected of a pair that sells for £100 less.

The Sennheiser Momentum headphones do not have the same low-mid-range thickness as the Sennheiser Urbanite, which the pickier ears will appreciate. They also offer sharper treble, giving a much more obvious impression of top-end clarity.

Volume of bass is a little less in the Momentum pair, so real bassheads may prefer the Urbanites. The Momentums are famed for their sub-bass, though. 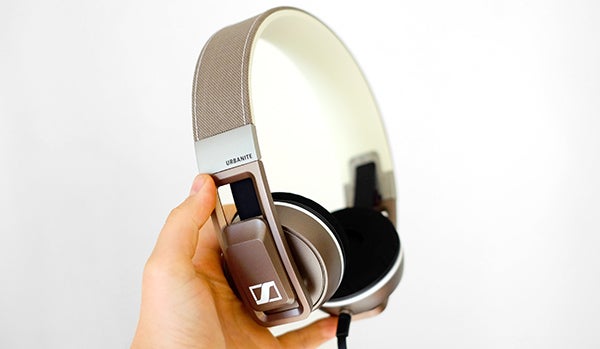 Should I buy the Sennheiser Urbanite?

The Sennheiser Urbanite are a fantastic alternative to the usual bass-driven style headphone crowd. They bring the bottom end, but with a slightly more mature approach to both sound and design.

We’re not convinced the sound is any better than the Sennheiser Momentum On-ear for the non bass freaks out there, but sound isolation has been much improved. As such, they are better for the commute.

The sound benefits over the Beats Solo 2 are clear, and while the Beats pair offers a slightly more secure fit, the Sennheisers offer slightly better comfort. If the Sennheiser Urbanite’s blend of style and bass response if what you’re after, fast track them to the top of your consideration list.

Good looks, a practical design and bass with balance make the Sennheiser Urbanite headphones a good choice for the more discerning basshead.

Next, check out our pick of the Best Headphones