What are the Sennheiser PXC 550?

The Sennheiser PXC 550 are wireless headphones with active noise cancellation, and go up against the Bose QC35 we reviewed and loved recently. This pair is a little more expensive at £329, but also offers a slightly more serious sound.

A high price means they fall short of leaping into pole position among wireless noise cancellation, but they’re a major improvement over Sennheiser’s previous models in terms of both style and sound. 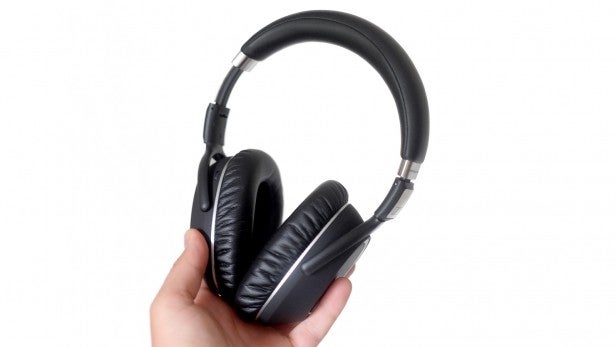 It’s been a while since I’ve used a pair of Sennheiser’s active noise cancellation headphones. The last pair I put through their paces was the Sennheiser MM 550 Travel, which were a disappointment. Hard sound when using noise cancellation, an overly techy design and ANC that failed to rival Bose made them less than star performers.

The Sennheiser PXC 550 attempt to turn things around. Just as Bose has done recently, Sennheiser has come up with a new design that’s radically more attractive than the noise-cancelling headphones of old.

Where Sennheiser used to embrace a tech-heavy style, with buttons clearly sitting across the ear cups, the PXC 550 look far simpler. There are a couple of ultra-subtle buttons on the underside of one cup, but the bits you (and passers-by) see day-to-day look clean. 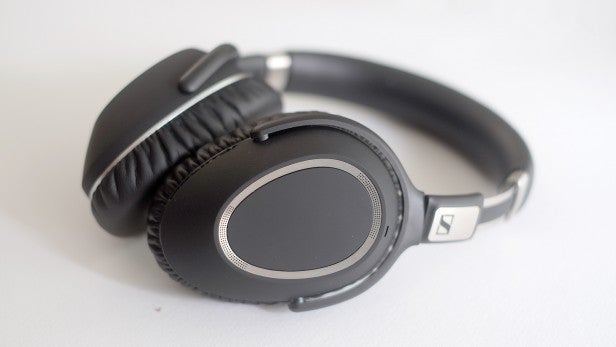 The only lingering awkwardness comes from the shape of the cups, which is rather egg-like. It looks odd, but roughly traces the shape of our ears, letting them sit around your ears rather than on them – even if you have a pretty large pair.

Comfort is superb. A full inch of padding, soft synthetic leather covers and cups that don’t cramp your ears make these primed for all-day use or, fairly likely, an ultra-long flight.

They’re very Bose QC35-like in this respect, although Bose tries even harder to get you to notice how comfortable its headphones are the very first second you put them on, with an even softer feel. 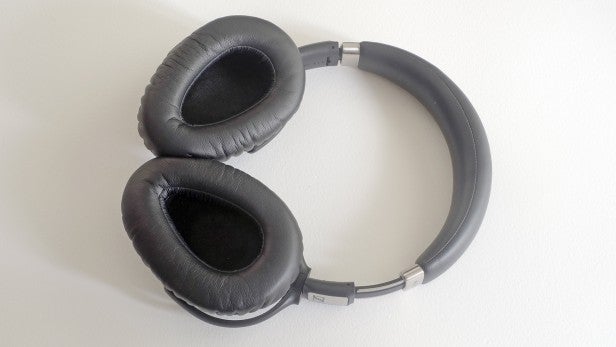 Sennheiser has overhauled the look and feel of its ANC headphones, but it hasn’t given up its obsession with bonus features. These headphones make the Bose QC35s look like feature-lite simpletons.

First, ANC isn’t an on and off binary feature; there are two different modes. One uses full-power noise cancellation and the other scales it up depending on the amount of ambient noise.

The idea of the latter is that it will stop noise from ruining your music-listening, but you won’t get anywhere near as much of the pressure sensation that active noise cancellation causes at full power. 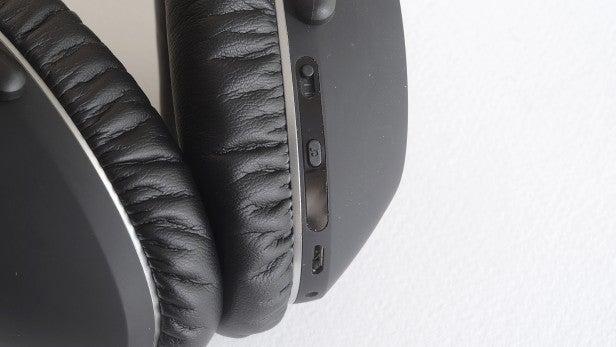 There’s further customisation, too. Using the CapTune phone app you can create your own custom sound profiles, which determine not only the EQ but the DSP effects and level of active noise cancellation, too.

The level of customisation on offer would be intimidating, but you can totally ignore the app side if you want. The friendly face of sound customisation is the mode button, which can be found on one of the cups. It cycles through a few sound “effect” presets: Movie, Club and Speech.

These are DSP modes that tweak the sound a little. Speech promotes the mids and cuts back on the bass and higher treble registers to make voices clearer. Movie tries to expand the soundstage for a more drama at the expense of some fidelity, and Club fiddles with the bass and adds a room reverb effect.

It doesn’t end there, either. The outer part of the right ear cup is a capacitive surface that works as a remote control. A tap acts as play/pause, swipes up and down to alter the volume and right/left swipes change tracks. 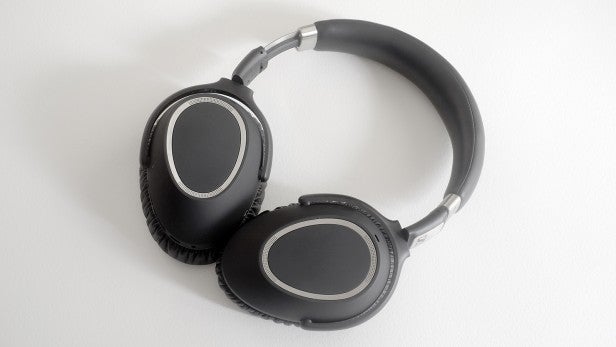 The Sennheiser PXC 550’s special move – well, one of them – is that you can double-tap the back of the ear cup to monitor outside noise rather than eradicating it. What the microphones hear is pumped through the headphones. It’s a handy way to listen to announcements or listen in incognito.

You can set the PXC 550 to automatically pause your music when you take the headphones off, and – the one part I’m not convinced about – you turn them off by rotating the cups rather than using a power button. When the cups sit flat, the set is off; when they’re in their normal position, the PXC 550 are ready to play.

As someone who rarely stores headphones neatly, this can lead to them being left on accidentally all the time. The PXC 550 also fold up for extra portability and they benefit from Bluetooth wireless. We have experienced some issues with Bluetooth smartwatch devices interfering with the signal a little, causing some break-up, but when used solo performance is solid.

It’s a feature-fest, but the quality of the noise cancellation isn’t as good as that of the Bose QC35s. It’s effective enough to stop you having to alter your music volume when in a noisy environment, but doesn’t quite offer the odd detachment from the rest of the world that the Bose headphones provide: close, but not quite. 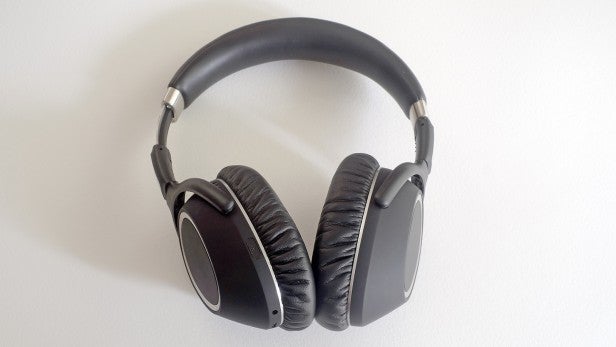 I wasn’t too impressed with the sound emitted from the the last Sennheiser ANC headphones I reviewed. There was a huge difference in sound personality depending on whether or not cancellation was engaged, and the “ANC on” side of that two-faced pair of headphones was quite harsh.

The Sennheiser PXC 550 are a big improvement. Sound quality is very good, and there’s little change as you engage and switch off cancellation. It’s fairly well balanced, but is fun rather than remotely sterile. On initial listening the sound comes across as quite grown up, but hand them some music with a strong bass beat and they feel right at home.

The Sennheiser PXC 550 deliver solid bass with a real kick, but it’s leaner than that of the Momentum 2.0. Part of the Momentum ethos is that the headphones provide a slightly denser sound signature capable of dealing with the noise of the city, but thanks to active noise cancellation these headphones don’t need the extra weight.

The PXC 550s are also slightly brighter than the Momentum 2.0; the latter’s treble is softened at the top end.

The mid-range is where the Sennheiser PXC 550 predictably fall down slightly compared to other expensive headphones. At times it can sound cold and a little hard, although the effect is far less pronounced than I remember it being with the MM 550 Travel.

Its effects seem to vary depending on the kind of noise the set is trying to deal with, although when auditioned side-by-side with the Momentum 2.0, it seemed clear that the wired set has a more velvety mid-range.

I’ve only actively thought “those vocals sound a bit sharp” a couple of times during testing, though, and otherwise these are among the best-sounding wireless headphones you can buy. The sound modes can be used to mitigate the issues too. Using them in the gym watching Netflix rather than listening to music, for example, the Movie mode helps to make voices easier on the ear. 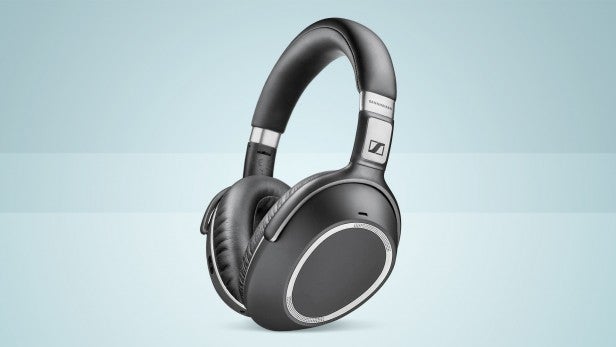 Should I buy the Sennheiser PXC 550?

The Sennheiser PXC 550 are just about the most feature-packed headphones around. As well as wireless and ANC, you can control your music and customise the sound quality using a phone app.

However, they’re also very expensive. At £329, they make the Bose QC35 appear a pretty good deal: not something you may expect to hear about a Bose product. The Sennheisers have slightly punchier bass delivery, but the Bose set wins out for cancellation effectiveness.

The Sennheiser PXC 550 are a set of high-quality active noise cancellation headphones with a boat-load of features – but they come at a price.