When it comes to picking out a set of sound-conveying accessories, the choice is now more divergent and complicated than ever in this post-iPod world. Do you want a pair that you can take with you and use with your portable audio player, as well as being plugged in for long frag-a-thons? Are you an audiophile who won’t compromise on sound quality, or is VoIP such a massive part of your life that the mic is the deciding factor when it comes to your purchase? There’s also the complication of whether to have a headset that works over USB as a secondary soundcard versus just having a couple of audio jacks on the end. 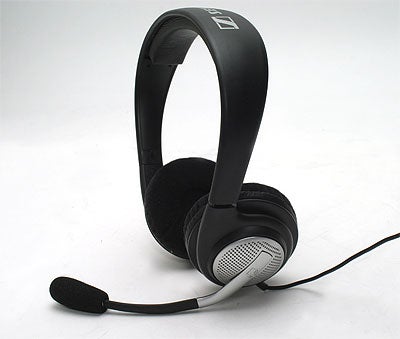 Sennheiser is a brand well known for audiophile-quality gear. While the company has a reputation for high-end audio-only products, it’s now branching out into things like computer headsets. Even in this area, it’s looking to make its products the best of the best – this headset has been designed for pro-gaming in conjunction with SK-Gaming, one of the world’s top pro-gaming clans.


This headset retails for around £55, pitting it right against the Plantronics DSP-500 which our sister publication Bit-Tech has previously reviewed and loved, saying that “It acquits itself very well in games and in VoIP scenarios, especially given the strong bass response and the excellent quality of the microphone”. The Plantronics sells for around £40, so how does this Sennheiser set measure up?

The headset is sturdy, and is perfectly capable of being thrown around a bit, useful for those used to the rough-n-ready LAN party environment. The headband has a really nice padded top, which makes the headset comfortable to wear. The earpieces are also constructed from a very spongy cushion material, which sit well on the ears regardless of the size of your particular appendages. This is a pleasant change from the DSP-500s, which have very hard earpieces and are not particular comfortable. The Sennheisers are definitely comfortable to wear for long periods of gaming!


The finish is a silvery plastic, which doesn’t seem to be particularly high-end compared to some of the audio-only headsets that sennheiser produces. They’re solid, but feel a little cheap. That said, the microphone feels fairly sturdy and is unlikely to snap off.

Unlike the DSP-500, this isn’t USB and so sports two jacks on the end of the cord to hook into your sound system, whether integrated on your motherboard or a discrete sound card. The dongle on the cable has controls for volume and microphone mute, as well as a clip to hook onto your shirt. As a matter of personal preference we’re not great fans of dongles, due to the fact they often act like a pendulum and swing distractingly when you’re trying to game. The volume control is also nothing more than a variable resistor that can distort the signal, leading to a reduction of audio quality. However, if this doesn’t bother you, then you might find the handy volume control useful – especially for muting and unmuting the mic in-game. 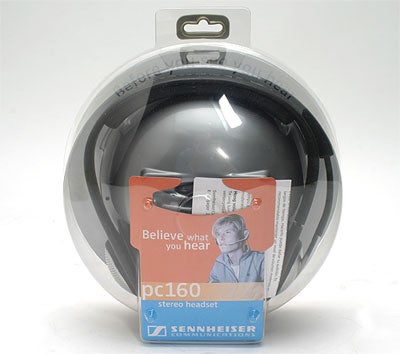 In terms of audio quality, the headphones are pretty darned good, far better than the Plantronics. They’re not what you’d call high fidelity, but they are perfect for gaming, with strong, boomy bass that is great for recreating the gun battles on screen. However, the high end is definitely a little lacking and if you intend to listen to any music with these, you won’t be able to hear the subtle nuances in music by artists like Wishbone Ash or Lemon Jelly, but you’re sure to get a rocking experience out of Green Day and Funeral for a Friend. These are not headphones for the dedicated music listener, but they are pretty decent nonetheless. 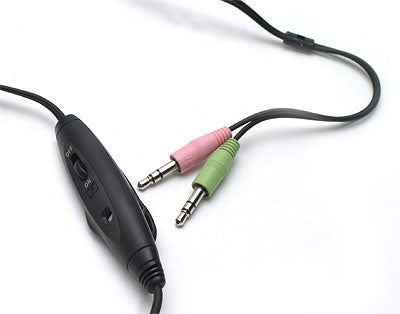 The quality of the mic, however, is not quite as awesome. Our tests in Skype and XFire suggest that it’s clear and great for gaming quality comms. However, the input isn’t as clean as on the Plantronics which, to be fair, sports a mic far better than its price suggests it should. If you are looking for a headset for podcasting, for example, we’d definitely say to go with the Plantronics. If you go for the Sennheisers, we also found that the sound was better with the foam padding on the mic removed.


All in all, the Sennheiser headset is good value for money, comfortable for extended gaming sessions and will give you great quality for the price. If you want the absolute best in mic and audio quality, however, look elsewhere.