What is the Sennheiser PC 363D headset?

The Sennheiser PC 363D is a 7.1 surround sound headset aimed at hardcore PC gamers — Xbox One and PS4 owners should look elsewhere. With a 7.1 virtual surround USB sound card as part of the package it can provide top-level sound quality to even the most basic PC or laptop.

Similar to the stereo Sennheiser PC 350 SE in appearance, the PC 363D is a primarily plastic headset, with gun-grey aluminium on the side of each cup.  It’s not pretty and the plastic does feel a tad less premium than it should considering the £200 price tag. However, it is built like the proverbial brick commode. The traditionally vulnerable microphone, in particular, is extremely solid. The cable is plenty long and covered in tough weaved fabric to prevent tangles. There’s no cable management system, though, other than a length of velcro. 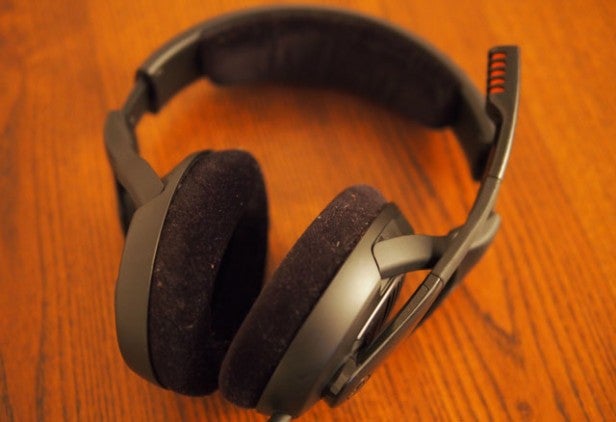 So it’s not exactly stylish, but there’s less pressure on headsets to look good, what is important is comfort for long hours of gaming. And in this area the Sennheiser PC 363D excels. It flexes enough to be placed into a comfortable position regardless of head shape and size. The generous ear-pads are covered in velvety-soft fabric and grip firmly, but without too much pressure, while the head band is soft and unobtrusive. At 249g (for the headset only) it’s light enough to use for extended periods without any discomfort.

An integrated volume control on the right cup means you always know where it is and don’t have to hunt the length of the cord to adjust the volume. It’s a very clever feature and, as with the best designs, we got used to it instantly and would use it in the middle of intense gaming without having to think.

Slots are cut into the metal ear-cups. This allows ears to breath and we found that even after several hours of gaming our ears were comfortable and cool. Getting hot and sweaty is issue we find with most headsets but not for this Sennheiser.

One issue the open cup design does have is that it lets external sound in, while also leaking noise. If you game in a room with other people watching TV or listening to music you’ll likely be better off with a closed cup headset, but if not the extra comfort is well worth it. 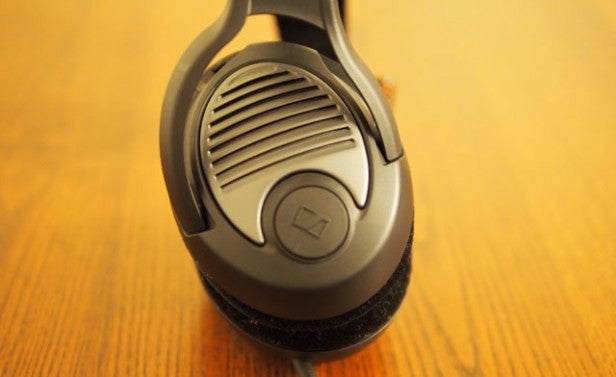 Let’s start by saying that the sound quality on the PC 363D headset is excellent. Unlike on the Razer Tiamat headset the 7.1 surround sound is virtual, so if you have your own 7.1 sound card you might not get the most out of it. If you don’t, though, the Sennheiser comes with a 3D G4ME1 USB sound card, and connects to it with 3.5mm audio and mic inputs. Once you’ve installed the drivers you get the option to switch from 2, 4, 5.1 and 7.1 surround, while a nifty toggle on the G4ME1 turns on Dolby Headphone, a processing tech that aims to provide richer 7.1 audio.

In practice the audio is fantastic. Listening to our standard 7.1 test files we found that channels are clearly separate, and if you turn on Dolby Headphone you are rewarded by a more vibrant and spacious sound. Bass is there, but not overpowering, which is particularly important in gaming — too much bass drowns out more subtle game noises such as footsteps.

The only real way to test a headset is by gaming. Battlefield 4 provides one of the richest audio experiences of any game and the explosions, fires, sputtering engines and whizzing shrapnel are all brought to life superbly by the Sennheiser PC 363D.

What’s more, the 7.1 brings real direction and depth to sound while keeping speech distinct and accurate. You’re clearly able to tell from which direction that sneaky sniper’s bullet that just missed you came from, giving you a small edge. You’ll also know where a teammate asking for help is.

If anything sometimes the cacophony of battle can be disorienting in its immersiveness, but it’s not something you should ever complain about, it just goes to show what a good job the Sennheiser PC 363D does at making you feel right in the middle of it all.

While the PC363 can’t compete with a pair of top-notch cans for listening to music and film they actually do a good job on both. Balance is good and treble smooth – you’ll certainly enjoy watching movie in 7.1 surround. 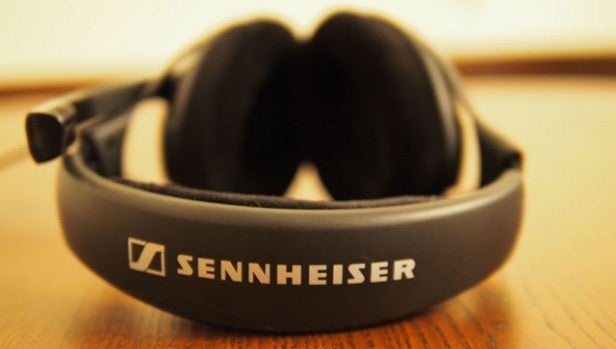 So the audio is great but how does mic fare? Happily that’s also top-notch. As we already mentioned it’s very solid, with a thick, flexible boom ending in a chunky noise-cancelling microphone. It can’t be detached, which is a bit of a shame, but it does automatically mute when pushed upwards and out-of-the-way.

Voice clarity is clear and precise, and external ambient noise doesn’t seem to affect it unless it’s uncomfortably loud. This means your online teammates won’t have to listen to everything else going on in your house.

£200 is a lot to spend on a headset but the Sennheiser PC 363D is one of the best on the market. It lacks some design aesthetic but more than makes up for it with its excellent audio and microphone capabilities.

Next read our review of the 2014 Sennheiser G4ME One headset